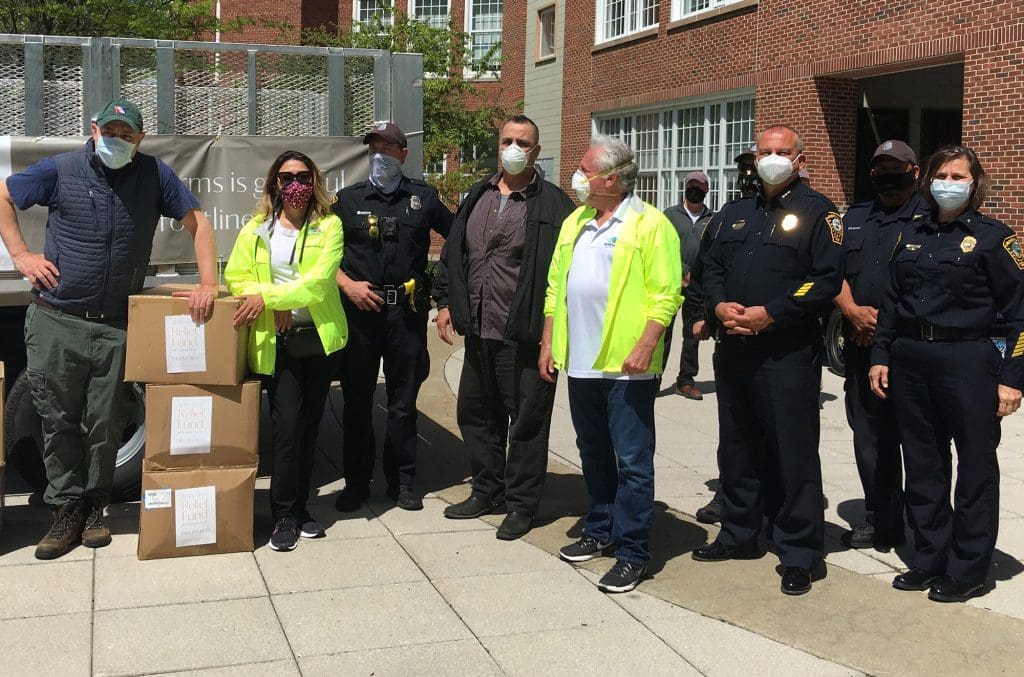 NORWALK, Conn. – Norwalk Police will be able to hand out masks to citizens thanks to a donation from Grace Farms, Mayor Harry Rilling said.

Rod Khattabi, Chief Accountability Officer & Justice Initiative Director with Grace Farms, presented Norwalk with 11,000 surgical masks Friday at City Hall. They were loaded into police vehicles by Community Police Officers Delgado, Holms, Salley, and Abruzzini, a press release said. Norwalk Police will be distributing masks to those in need as they patrol the city to enforce local and state regulations.

“This is the beginning of Memorial Day weekend and we need to think about those people who served and sacrificed for our country,” Khattabi said, noting that the timing of the donation would “make people think that we need to help each other and keep each other safe.” 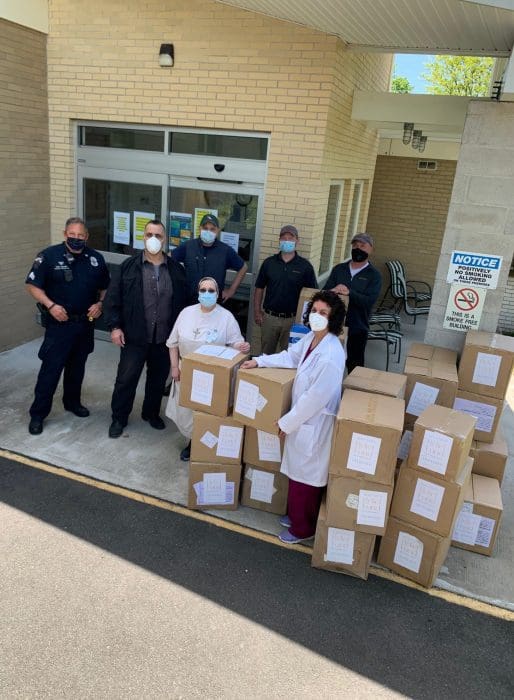 “Norwalk has distributed 150,000 masks to the most vulnerable communities,” Rilling said. This latest donation from Grace Farms will allow police officers and ambassadors to offer masks to people who aren’t wearing them.

The foundation recently donated 6,000 masks to City Hall so employees will be safe when they return.

“Following the event at City Hall, Grace Farms donated 2,600 pieces of Personal Protective Equipment (PPE) to Notre Dame Health and Rehabilitation in Norwalk. Including today’s donations, Grace Farms Foundation has donated and delivered nearly 130,000 pieces of PPE to the City of Norwalk, Norwalk Hospital, assisted living and other facilities in the city. In total, Grace Farms Foundation has donated more than 1.2 million pieces of PPE to health care workers and first responders on the front lines of the COVID-19 pandemic.

“The City of Norwalk continues to be proactive in procuring and distributing PPE to those with the most critical need. The City has purchased PPE, and received supplies from Grace Farms, the State, and the National Stock Pile. To date, more than 150,000 pieces of PPE have been distributed by the City of Norwalk, with pieces donated to the Norwalk Hospital, nonprofits, first responders, nursing homes, doctor’s offices, and small businesses.”

This is nice, but why did they back the truck up onto the sidewalk in front of the main entrance of city hall? Ordinary citizens have been having to use the loading dock for all city business for the last 10 weeks with the front door locked. I guess the loading dock doesn’t make for a good photo op.

Ok so make sure you drop off to home owner not working and struggle waiting on unemployment and still have not received the stimulate check those in So Norwalk So. MAIN

Thank you Grace Farms for assisting the nursing homes especially Notre Dame. Hopefully all senior housing such as Kings and Daughters, Marvin and others will be able to receive some also.

Grace Farms Foundation and Rod Khattbi have made Norwalk safe thru their kindness. The PPE they have donated is greatly appreciated.
Just recently they have donated to:
City Hall staff
Norwalk citizens
Norwalk hospital
Norwalk Fire Department
Norwalk Police Department
Notre Dame Rehabilitation
Norwalk EMT
The list goes on for many others towns/ cities.

Thank you from our hearts. Everyone should know that Grace Farms provides so many community, state, federal, world wide services.
Please visit their website and learn what an outstanding organization they are.