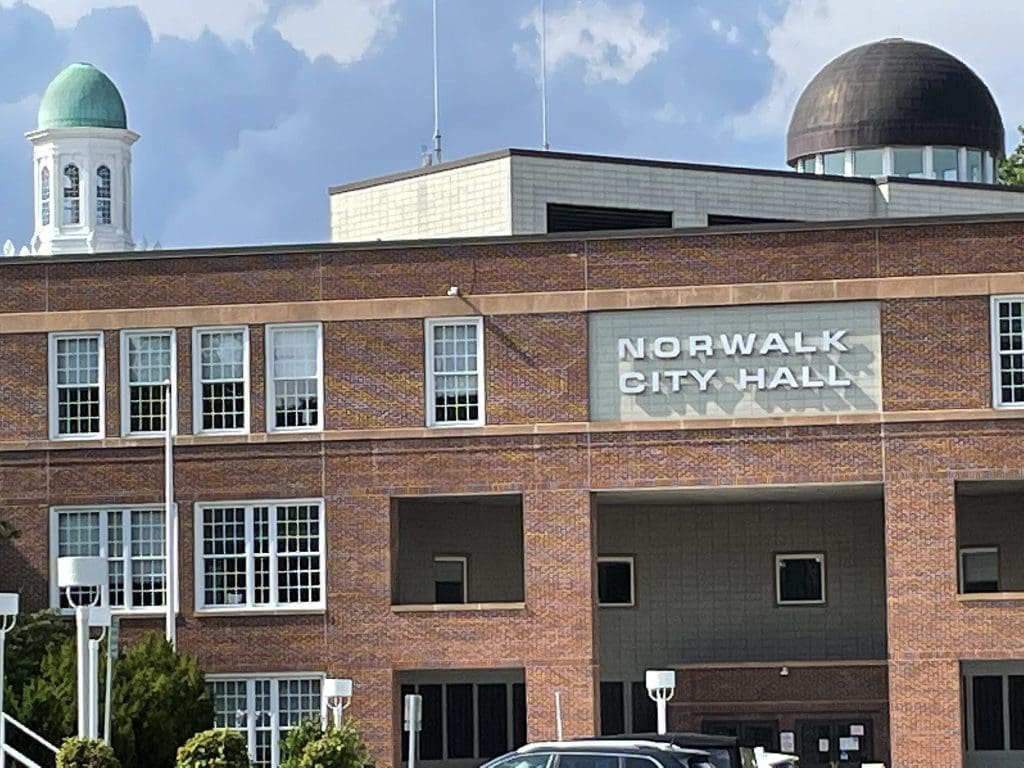 NORWALK, Conn. — The Common Council unanimously approved more than $400,000 to repair and paint the cupola, or small dome, on top of Norwalk City Hall last week.

According to a memo from Alan Lo, the city’s building and facilities manager, the cupola restoration project initially came about as a part of the 2018-19 capital budget process. About $250,000 was allocated at that time, but after an architect assessed the conditions of the structure, a more “significant restoration” was needed instead of a simple repair and repaint, Lo wrote.

In the 2021-22 capital budget process, an additional $200,000 was approved to cover the extra work required for the project.

At its Jan. 27 meeting, the Planning Commission discussed the project and its cost. Commissioner Mike Mushak asked if the city had been able to secure a historic preservation grant to do some of the work.

“The cupola is like this amazing piece of architecture, you know, it’s historic,” he said. “Are you aware of any state grants for Historic Preservation that you could use for that facade improvement?”

Neil Rennie, a property manager in the city’s building management department, said they had looked into that, but hadn’t gotten any information at the time.

“We’ve asked about that,” he said. “We haven’t received it or have been getting any information on it.”

In response to a question from Brian Baxendale about why the project cost so much, Rennie said that there were some “failures” in the structure up there and having to use scaffolding makes it a little more expensive.

“The windows have failed up there,” he said. “The exterior is rotting. You also have a small group up there that has leaks. And with the leaks, we have talked right now catching the water inside the cupola. We have the bells still up there. So we’re looking to kind of structurally make it sound again, and keep the beauty of it. It’s a big project because we have to put scaffolding up right, that kind of alone is probably around ($45,000 to $60,000). We have a pretty good plan in place to redo it and not have to revisit it for maybe the next 15 years.”

While no discussion was had at the Common Council meeting about the project on Tuesday, local activist Diane Lauricella questioned the price tag.

“Are any alternatives, such as using manmade materials that resemble wood, offered or considered?” she said. “Now I know that it’s an iconic building and I am one that loves historic preservation, but those things are reasonable, considering it’s so high up. No one from the road will see the details.”

At the Land Use and Building Management committee held earlier in July, Rennie said that the work in particular included replacing the roof since it was leaking into the Concert Hall.

“We have leaks coming into the Concert Hall right now. So we will be doing the roof, the drains, any of the things that are rotten, that are coming apart, we’ll be replacing,” he said. “All exterior wood, trim, casing, moldings will be replaced. They will clean, scrape, sand the whole cupola down, and repaint it. Same thing with metal surfaces. The windows up there will be replaced. The current windows…they’re aluminum with a vinyl on them, and they’re pulling apart, so we plan on replacing those.”

Rennie said that the work should last at least 15-20 years.

“I think it will get us probably 15-20 years before we have to go back up there to do any major work, but with the new windows – we’re calling with a higher quality window, which should get us 20-25 years,” he said. “The roofing should probably give us 20-25 years.”

Lo wrote in his memo that G.L. Capasso Inc. was the lowest bidder for the project out of the two bids the city received, which is why the company was recommended. The contract notes that the project should not exceed $408,300.

The cupola has undergone at least repairs in the last 20 years, according to Lo. In 1999, the windows were replaced and the structure was repainted, and in 2010, another restoration with some wood replacement was completed.

Just sell it to a developer and put up apartments already. It’s not like we didn’t just prove the entire structure isn’t even needed over the past 16 months.

Worthy of preservation – it was a a badge of distinction in the 1960s and before, to find one’s way up into the cupola (via a rickety internal ladder), when it was the literal crown of Norwalk High School. And, a choice photo opp for every yearbook.