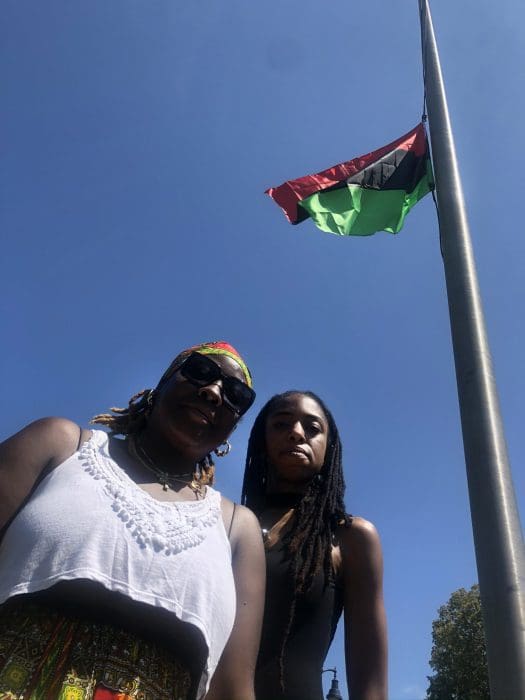 “I spoke to some people in Haiti, in the south, especially the former head of the Congress…(who) told me that the situation is really bad down there. So therefore, we are trying to do what best we can in order to support those people,” Duperville said Wednesday.

At least 700,000 Haitians could be affected by the earthquake and its aftershocks, the Haitian American Collaborative said in a letter. “Families are facing uncertainty as the loss of life continues to mount. Reports confirm that the earthquake caused severe damage to infrastructure including homes, hospitals, roads, ports and bridges, especially in Jeremie, Les Cayes and Jacmel at the northern coast of the southern peninsula of the country.”

The disaster comes after the assassination last month of President Jovenel Moïse, and Haiti has always struggled with the lack of supplies and institutions, the collaborative states.

“Due to the continuous lack of support we have decided to join many other grassroot organizations like ourselves and raise funds and support Haiti directly,” the collaborative states, offering this link for more information.

The U.S. has sent the amphibious warship USS Arlington (LPD-24) to assist with the humanitarian aid mission in Haiti, Pentagon officials said Tuesday.

U.S. Sen. Richard Blumenthal (D-Conn.) plans a Friday morning press conference with Americares representatives to highlight the situation. “Blumenthal will remind those looking to donate that the best thing they can do to help is to donate to legitimate charity organizations that are directly assisting on the ground,” a news release said.

Americares is sending nearly $3 million worth of medicine and relief supplies to earthquake survivors, the organization states in a news release.

Americares has worked in Haiti since the 1980s, supporting health centers and local organizations with donated medicine and medical supplies both in response to emergencies and ongoing needs, the news release states.

“Roads are damaged, or impassable, and health workers urgently need medicine, PPE and equipment such as portable X-ray machines,” said Americares Vice President of Emergency Programs Kate Dischino in the release. “About 80 percent of the health facilities Americares supports in Haiti are in the impact zone. We are working to get them the supplies they desperately need.”

Donations can be made here.

“JDC has activated its emergency response team, along with its longstanding network of local partners, to deliver emergency aid. This is part of JDC’s longstanding commitment to Haiti, with its disaster response to the 2010 earthquake, and Hurricane Matthew in 2016,” JDC says on its website, seeking donations here.

Haitians are “gentle hard-working people from personal experience,” Berman said in an email. “Decades ago Kenneth Roberts wrote a celebrated historical novel on the 1812 Haitian Revolution called ‘Lydia Bailey’. Highly recommended. The Haitian Revolution against the French was an amazing achievement. Now Haiti is among the poorest nations – per capita GDP just $1200. Haiti is reportedly controlled by a few hundred families in the Caribbean fashion who are the recipients of most US aid.”

So let’s really talk about Haiti, the island was given to the wrong ‘Saint’ and the people there need to recognize sorcery is not a way of life or a path to success… that’s where it really needs to start since there’s a whole article about Haiti needing help.
In the meantime yes, HELP & send non perishable foods, clothing, tents, etc…
Cause any money from the US goes to the nefarious and not the people. And yes plant trees!! They need them too.