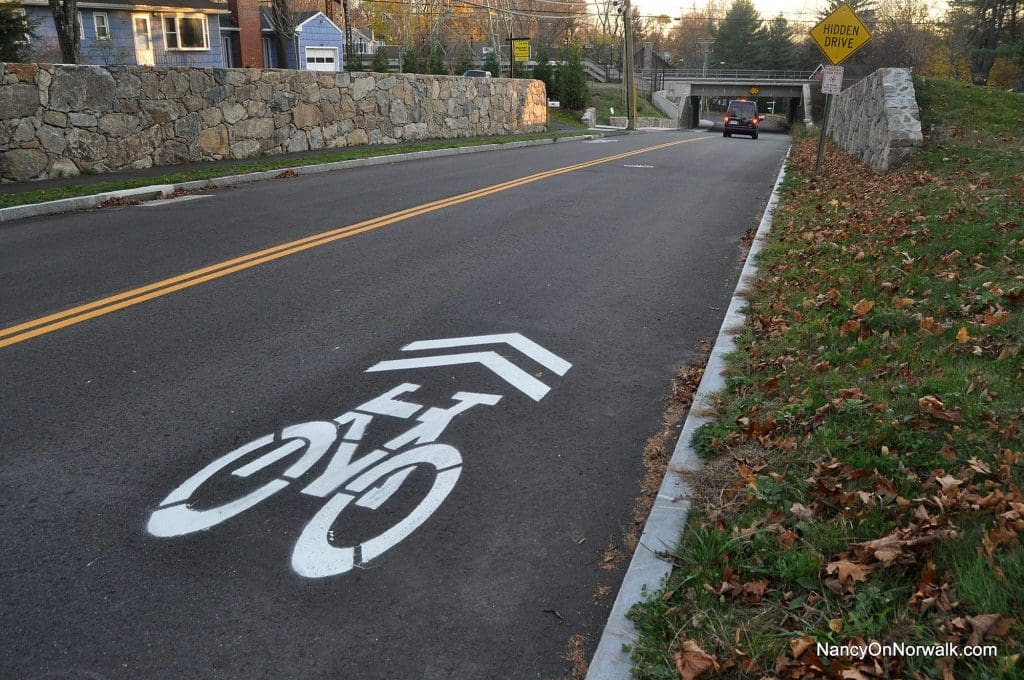 Sharrows on Rowayton Avenue in 2015. Norwalk two new hires are said to be experienced in pedestrian and cyclist safety, as well as in improving traffic conditions. (Archive photo)

James Travers will be the new Transportation, Mobility, and Parking director, a position formerly held by Kathryn Hebert, who took the City’s early retirement buyout late last year. Garrett Bolella was hired as Assistant Director for Transportation Services. Travers and Bolella will both begin work Feb. 16 and are coming from similar roles in the City of Stamford, the release said.

“Jim and Garrett are well-known in the transportation community for their thoughtful and innovative approach to improving traffic conditions, making sidewalks more accessible for pedestrians, and ensuring bicyclists have safe routes to travel. They are award winning professionals who are ready to hit the ground running on their first day in Norwalk,” Rilling is quoted as saying. “They are experts in their field with great knowledge of traffic systems and realize the importance of community collaboration. They are customer service oriented and our residents will get to know them well. I am thrilled to have Jim and Garrett join our team.” 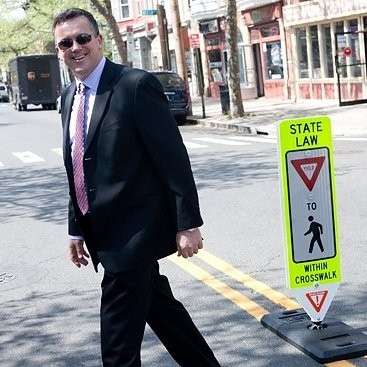 James Travers, as shown on his LinkedIn page.

Travers title in Stamford was Transportation Bureau Chief, according to Stamford’s website. He has held that post for nearly four years, according to his LinkedIn page. The Stamford Advocate said he was 52 when he took that job.

Travers was previously vice president for marketing, communications and resource development for the United Way of Greater New Haven, a post he held for more than two years, and before that, New Haven’s executive director for transportation, traffic and parking for nearly six years. In May, he won Herbert S. Levinson Transportation Leadership Award from the Connecticut Chapter of the Institute of Transportation Engineers, Patch states.

“During his four years with the City of Stamford, Travers planned, developed, and coordinated the City’s transportation infrastructure projects and performed detailed plan reviews of all economic development construction projects,” the press release said. “He helped secure more than $55 million in grant funding, and implemented more than $26 million of construction projects which helped lead to reduced vehicle accidents, lower bike-related crashes, and decreased pedestrian accidents to far below national average. Travers was previously honored with the Transportation Leadership Award from the Institute of Transportation Engineers and just this week, People Friendly Stamford presented him with its Inaugural Safe Streets Award.”

The Assistant Director for Transportation Services role is not a new position, Norwalk Communications Manager Josh Morgan said. Bolella has been traffic engineer for Stamford’s western half, according to Stamford’s website. 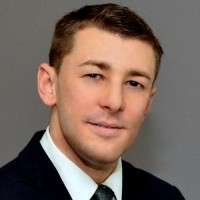 Garrett Bolella, as shown on his LinkedIn page.

He’s held that role for 3.5 years, his LinkedIn page states. Before that, he was a transportation associate for Frederick P. Clark Associates (now Hardesty & Hanover) for more than six years.

“Bolella has developed long-range planning policies and guiding documents, such a Bicycle and Pedestrian Plans, Curbside Sign Style Guides, and Complete Streets Manuals,” the press release said. “He is responsive to residents and has used that direct feedback to help support modified pavement markings, traffic calming, and pedestrian improvements. Bolella was previously honored with America’s Transportation Award from The National Association of State Transportation Officials, the People’s Choice Award from Bike/Walk Connecticut, and the Transportation Resiliency Award from the Business Council of Fairfield County.”

“We are excited to welcome Jim and Garrett to the team, as we enter a year focused on furthering our work related to safety policies and standards, such as Complete Streets, Vision Zero, as well as technological upgrades, including updates to our signal systems,” Vonashek is quoted as saying. “Jim and Garrett bring a wealth of technical knowledge to the team, as well as experience working with the community and being responsive to their needs to ensure project development and implementation.”

“I am excited to join the dynamic team in Norwalk. This is a vibrant community with so much to offer and I know this will be a great fit for me,” Travers is quoted as saying. “I believe in Mayor Rilling’s commitment and vision for safer streets and responsible growth. I am a dedicated public servant committed to community involvement and delivering measurable results. I will always be open and honest with the public and look forward to meeting with all the different neighborhood groups and community stakeholders in the weeks and months ahead.”

“Norwalk is a great community. I am excited to join the team and look forward to working with a diverse group of neighborhoods to tackle the City’s transportation challenges,” Bolella is quoted as saying. “I am a firm believer in engaging the community to improve safety and livability for all residents.”

Fantastic News – Great to hear that Pedestrian Safety is a priority for the City ! If these two experts can change the public’s perception that Stamford is “Walkable”, then addressing Norwalk’s range of conundrums should be entirely achievable.

Walkable Neighborhoods are the key to responsible growth, livability and desirability of the urban core of Norwalk because they bring people to our City and people support our businesses.

Any decent City on the planet is built around its Pedestrian Friendly Streets and manageable flows of traffic.

As the gateway to Wall Street and one of Norwalk’s most iconic and densely populated areas with (>1,000 full-time residents, 3 churches, 1 synagogue, a range of businesses and cultural institutions, etc.), the Norwalk Green Neighborhood desperately needs TMP’s immediate help in resolving some of Norwalk’s most dangerous pedestrian safety issues along the East Avenue corridor, and more specifically in the area immediately surrounding the Norwalk Green.

We welcome the opportunity to meet with Mr. Travers and Mr. Bolella – congratulations on your new appointments.

Let’s hope these guys were not responsible for paving Stamford streets..If you’ve driven in Stamford over the past 5 years you’ll know what I mean..
Good Luck to these two professionals.
Note to Mayor Rilling; Don’t allow our streets to fall into disrepair. Maintain paving budget. Stamford has diverted funds from paving budgets over the years and the results are not good. For those who haven’t experienced Stamford roads lately think Baghdad and you’ll have the idea..

Kudos to Norwalk! What a steal! Welcome Jim and Garrett!

Let’s hope they do not mess with traffic light timing in Norwalk. It takes less time to drive from Norwalk to Stamford then it takes to drive from Springdale to Shippan.

An easy fix for pedestrian safety is to have no right on red where there are crosswalks. You get the pedestrian walk light and people turn right on red – they don’t look.

Who was the assistant director before? Are we hiring 2 people to replace every early retirement?