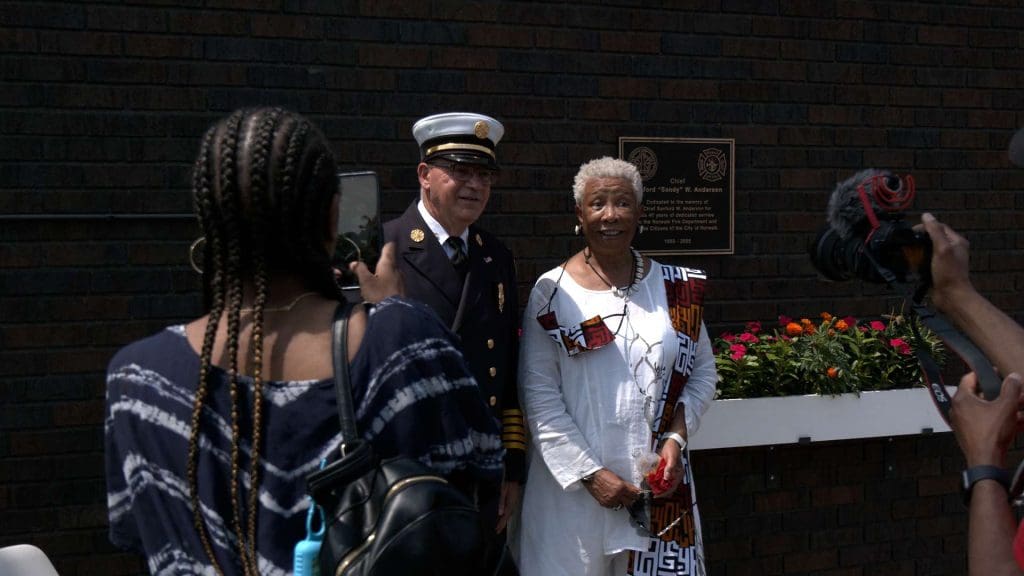 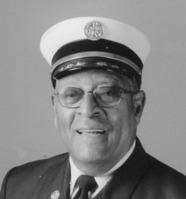 NORWALK, Conn. — The late Sanford Anderson was remembered Friday with an honorary street naming in the South Norwalk neighborhood he grew up in.

Anderson was Norwalk’s first Black firefighter and served in the Norwalk Fire Department for 47 years, capping his career with a year as the City’s first, and only, Black fire chief.

“I was one of the fortunate ones they chose,” Anderson said in 2003. “Other (Black) guys were scraping paint, and there were four or five stewards waiting on the officers. Originally, that was the only place Blacks were allowed to be.”

Anderson died in 2017. Born on Raymond Street July 4, 1932, he served four years in the U.S. Navy during the Korean War aboard a research vessel on Long Island Sound testing SONAR devices. He said it was during his time in the Navy that he was first exposed to firefighting.

Anderson left the Navy in 1955 with the rank of 2nd Class Engineman. According to Norwalk Fire Chief Gino Gatto, he began serving for the Norwalk Fire Department in 1958 and was hired as a firefighter the following year.

Then 71, Anderson was appointed chief upon the retirement of James Verda in a one-year contract with the understanding the city would begin a nationwide search for a new chief. In 2004 he said he would pursue the job but after being involved in a car accident with his wife and mother in the car, announced that he would instead retire. Two years later, he left retirement to serve as Greenwich fire chief for two years.

His widow, Josephine Fulcher-Anderson, said Friday that Greenwich made him a deal he couldn’t refuse, and he was very happy there.

In addition to his work as chief, Anderson was known for his energetic participation in community activities, his belief in patriotism to the country, and his strong religious faith.

“When you got to know Sanford, you loved him immediately,” Rilling said Friday. “One of the most friendly, outgoing individuals, he just grew on people. He smiled all the time. He laughed all the time. I never heard a bad word uttered out of his mouth about anybody. He just loved people as much as people loved him.” 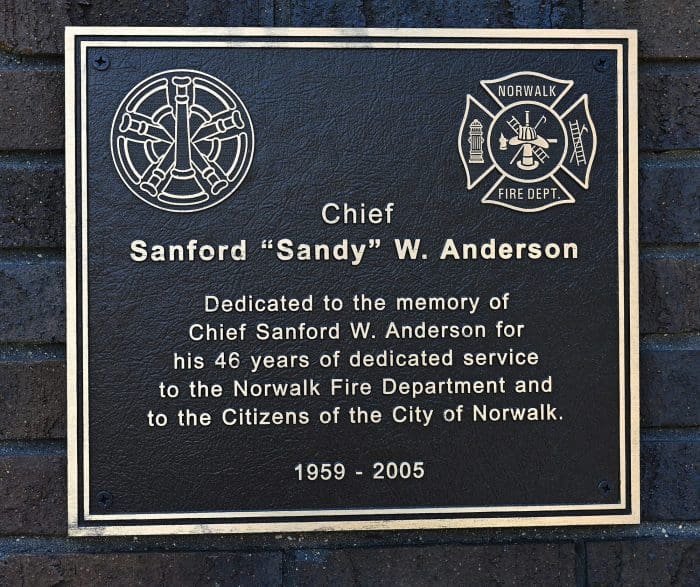 Anderson was a lifelong member of the Bethel A.M.E. church on Academy Street, and an active member of the city’s American Legion post, where he served as head of the color guard during the post’s monthly tributes to deceased military veterans.

“He was so proud on Memorial Day, Veterans Day to wear his Navy uniform or to come back and wear his fire chief’s uniform after he had retired in order to just be there and take part in the festivities,” Rilling said.

“Before we had the Connecticut fire academy, or fire schools, he used to go out with another individual and they would be together as a team teaching, going from department to department. And he loved to do that,” Gatto said.

“We had a saying in firehouse, ‘Sandy would never hurt you,’” Gatto said. “So in other words, he cared for everyone on his shift and never worked them too hard, unless he had to.”

“This is certainly a day to remember,” Fulcher-Anderson said, commenting that her late husband would have been 90 years old Monday. As a boy, he played on Raymond and Water Street, “And he was so proud, so very proud, to say that he was from Washington Village.”

The public housing project has been demolished and replaced recently with Soundview Landing. “It used to be right here,” Fulcher-Anderson said, standing on the corner where her late husband’s name is now displayed.

“Those who do good works throughout their lives establish a positive legacy that helps make life better for others. And truly Sanford William Anderson has made a long-lasting impact on the family, the community,” she said. “… It wasn’t easy, being the first, the first ‘this’ and the first ‘that,’ the first Black chief and so on and so on. But people, I just want you to know that his faith kept him through, a man who loved his family, his children, his grandchildren, all people. So I asked you today to help us keep his legacy alive by doing our part, to make sure the world is a better place.”

Chief Anderson’s life reminds us of how well we are served by our City’s fire, police and first responders.

One of the finest men I’ve ever known. Well deserved.

I had the privilege to work with Chief Anderson for many years in the Fire Department and drove him when he was a Deputy Chief, he was a good boss and a good friend. Well deserved without a doubt !

I had the honor of knowing Mr Anderson and his beautiful daughters Rosemary and Michelle! His beautiful grandchildren And his wonderful x wife. Beautiful family

Thank you all for your kind words. My dad would be so honored!