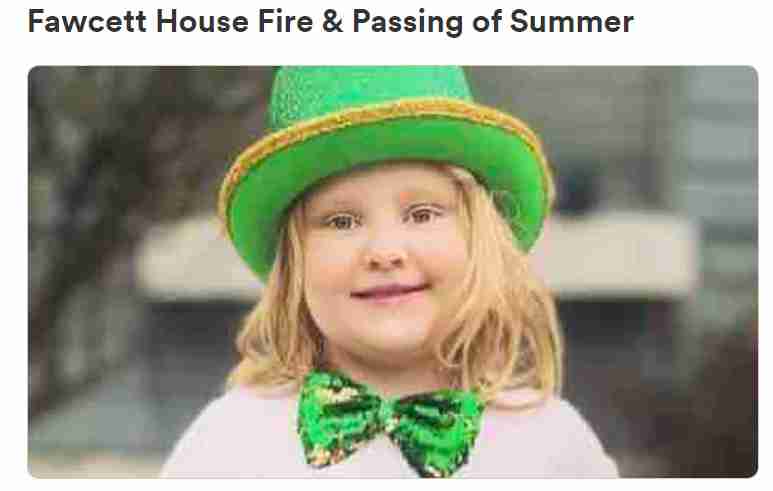 Summer Fawett, 7, as shown on a GoFundMe page posted to benefit her family.

Summer Fawcett, 7, was born on May 8, 2015, and was the daughter of Blair and Lindsay Fawcett, the City said in a news release. Summer attended Cranbury Elementary School.

The fire at 7 Nelson Ave. was reported at 4:58 a.m. Saturday. Firefighters arriving minutes later found heavy fire on the front of the house, a burning power line down across the street and two vehicles burning in the driveway, a news release said.

A News12 Tweet shows flames engulfing the house. Summer’s parents had escaped with their 9-year-old son and were in the backyard when firefighters arrived, a news release said. Her father tried to rescue her but fell and broke his arm.

Hours after the fire, Norwalk Superintendent of Schools Alexandra Estrella activated Norwalk Public Schools’ network of school counselors and other staff members to prepare to meet the needs of students and educators grieving due to the tremendous loss. Mayor Harry Rilling met with staff members of Cranbury Elementary School on Monday morning to offer them support in any way they need, a news release said.

“This is an unimaginable nightmare,” Rilling said in the release. “My heart goes out to the parents of Summer Fawcett, Blair and Lindsay Fawcett, as they mourn the inconceivable loss of their seven- year-old daughter. This family is known among many in our community for their kindness and loving nature, and I hope they know that the City and the entire community are here for whatever they may need.”

He said, “Anyone in our community who may also need support should know that they are not alone, particularly the students, families and faculty at Cranbury Elementary School, where Summer was attending first grade.”

A GoFundMe campaign posted by Price Snedaker had raised $124,122 for the family as of 1 a.m. Tuesday.

Both parents were injured trying to rescue Summer and, “Funds will be given to Blair and Lindsay to be used for medical bills, funeral expenses and clothes/housing cost,” the GoFundMe page states.

Both parents were admitted to the hospital; Lindsay was discharged Monday and “Blair is continuing to heal from his injuries with his family by his side. He was able to walk around the hospital,” the page states. Their son was able to play with cousins.

“There are no words to express the family’s heartbreak over the passing of Summer. There are no dates set for services at this time. Thank you to everyone who has reached out to the family with offers of support and love for Summer. From the NPS Board of Education holding a moment of silence for Summer {Tuesday} night to her softball team planning to wear hair ribbons in Summer’s favorite colors. Both families of Blair and Lindsay Fawcett want to thank everyone all the love, prayers, and donations.

“PS – There have been severals inquires about the Fawcett’s social media famous pet, Spike. Spike was found safe in his water bowl and is now recovering at a local animal rescue facility. A new home has already been donated for him and he will reunite with the family when they find a new home. Thank you so much for your support.”

Correction, 6 p.m.: Summer did not attend Tracey Magnet School, according to Norwalk Public Schools Communications Director Brenda Wilcox Williams. The information that she had came from a City news release. 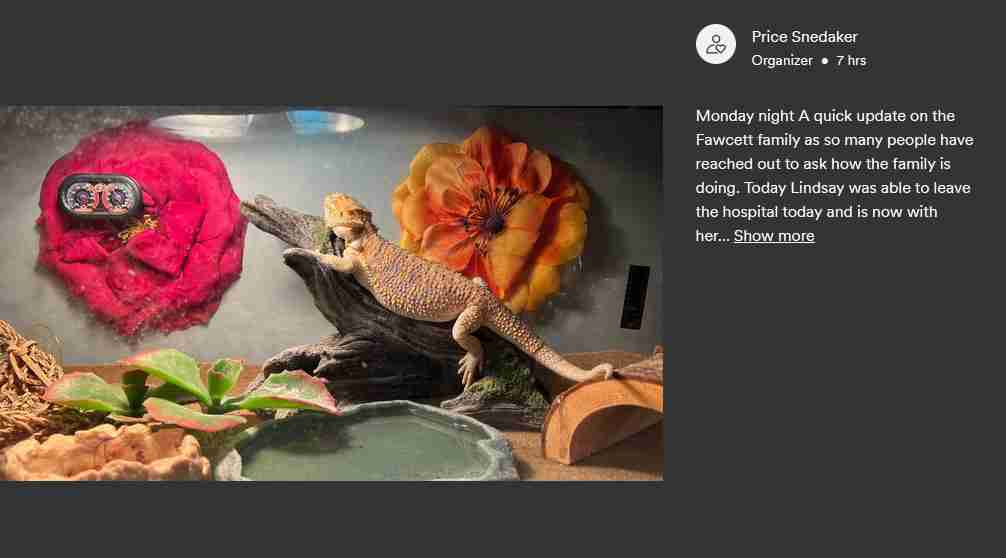