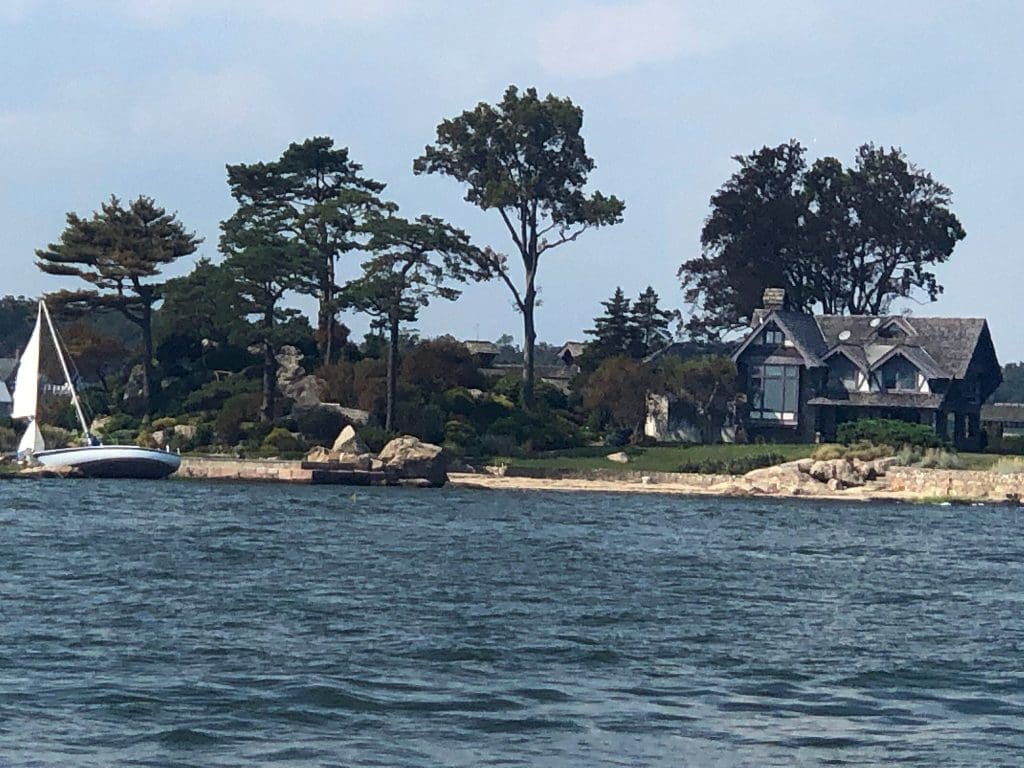 A sailboat washed up on Tavern Island, due to Tropical Storm Isaias. (Robin Hogen) 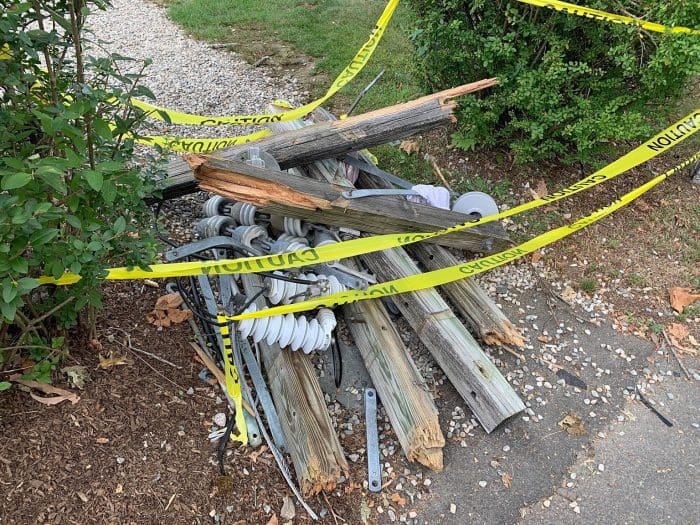 Remnants of an electrical repair lie on the side of a Silvermine road Monday. (Claire Schoen)

NORWALK, Conn. — Eversource reported 253 customers still without power as of 3 a.m. Tuesday, nearly a week after Tropical Storm Isaias blew in and created damage comparable to Superstorm Sandy in 2012.

“All 214 roads that were completely or partially blocked by downed wires and trees are now open,” DeLuca wrote in her Monday evening update.

“As of 4 p.m. today, there were still nearly 1,000 Eversource customers without power in Norwalk across 170 different streets,” Rilling’s evening update said.

“Multiple restoration crews are in Norwalk, though exact numbers and locations aren’t being provided by Eversource,” DeLuca wrote. “As of 6:00 pm, there are 518 Eversource outages still being reported. Several of these Norwalk outages are related to larger restoration issues in Westport and Wilton. Power Restoration is expected to be completed tomorrow. The city will continue to focus on restoration of the communication utilities.”

There are other practical problems.

“Due to the overwhelming amount of debris that has been cleared, the Yard Waste Site is nearly at capacity. It will be at least two weeks before a city-wide yard waste collection will occur and more details will be announced shortly,” Rilling’s update said. “The Yard Waste Site is open this week from 7:30 a.m. – 3 p.m. weekdays, and Saturday from 7:30 a.m. – 2 p.m. A disposal pass is required.”

“I continue to be disappointed with the slow response time from Eversource,” Rilling is quoted as saying. “The biggest issue during this storm and aftermath has been the total lack of communication from Eversource management. Surely more storms will hit Connecticut and this has to improve and improve fast.”

Kudos to the DPW crews who worked around the clock to clear the roads for Eversource.