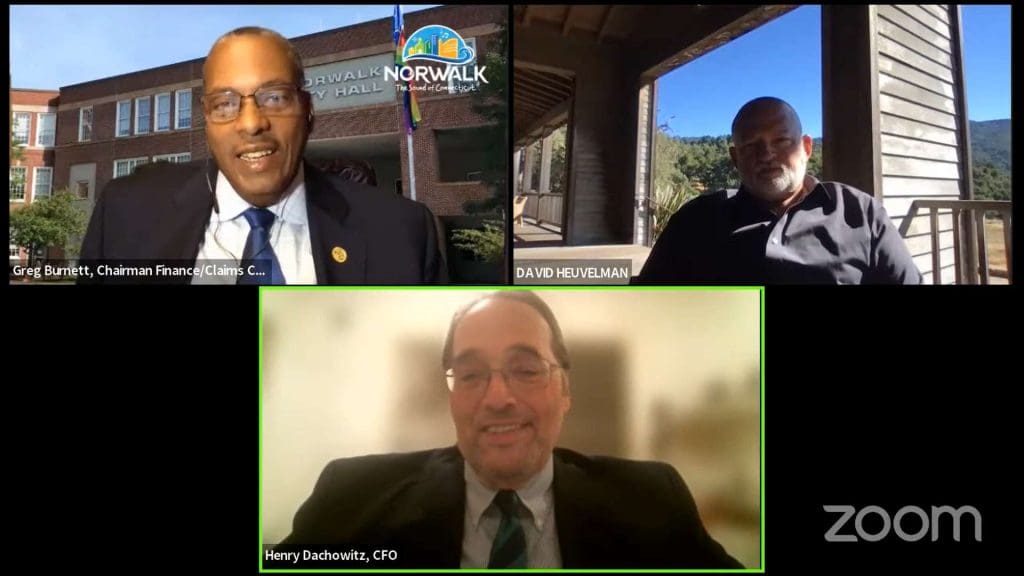 NORWALK, Conn. — Norwalk has again scored a Triple A bond rating from all three major rating agencies, despite troubled times and a swelling capital budget due to school construction plans.

“The City’s bond rating reflects our team’s ability to meet our commitments to strong fiscal management and smart budgeting practices,” Mayor Harry Rilling is quoted as saying in a news release. “Even in the face of unprecedented circumstances as a result of COVID-19, Norwalk proved that we are resilient due to our effective budgetary strategies and strong fiscal foundation. These practices allowed us to continue investing in essential community services and financially support struggling small businesses and non-profit organizations with minimal fiscal impact.”

Rilling’s comments echo those made by rating agencies in reports available online.

“The stable outlook reflects the expectation that Norwalk will maintain its strong credit profile given the town’s conservative financial management, budgetary flexibility and likelihood that long-term liabilities will remain manageable,” Moody’s states in its Aug. 15 rating action.

The rating come just ahead of the City’s bond sale scheduled for Thursday, “where $90 million par value General Obligation Bonds, Issue of 2022 will be priced. Proceeds will be used to fund the City’s capital projects,” the news release said.

“We are in the process of raising $90 million in our 30-year bond issuance this summer, we’re hoping that the markets cooperate. Monday, we had three bond rating presentations to the bond rating agencies and today I was informed that Fitch is reiterating and renewing its Triple A rating of the city, which is always welcome,” Dachowitz said Thursday. “We expect the ratings from S&P, and from Moody’s to come in on Monday.”

Grinning broadly, Council Finance Committee Chairman Greg Burnett (D-At Large) thanked him for the “outstanding news,” but said, “I’m surprised you’re not more emotional about it. You know, the AAA bond rating is something to celebrate.”

“It’s good, but I’ll be happier after we sell the bonds and we see what interest rates we have to pay,” Dachowitz replied. “I think that the city had a very good year in 22. All the departments came together nicely to help us write the official statement, which is used to sell the bonds, as well as the presentation to the rating agencies…. This is ammunition for the underwriters to go out and sell the bond. So, it’s a team effort.”

In February, as various City bodies began considering the 2022-23 capital budget in light of the expensive efforts to upgrade Norwalk’s public-school buildings, Dachowitz warned Norwalk is on track to lose its Triple A bond rating within two years.

Since then, the load has lightened given the 60% State reimbursement promised for all school construction projects over the next 25 years, an announcement made in May by State Senate Majority Leader Bob Duff (D-25). It’s a substantial increase from the 22.5% reimbursement for new school construction Norwalk has been getting, and the 32.5% to renovate schools into a new condition.

Moody’s in its rating action, provides a pro forma list of reasons why the City might lose its stellar bond rating. They are:

Fitch states, “The ‘AAA’ IDR and GO bond rating reflect Fitch’s expectation that the city of Norwalk will maintain healthy financial flexibility throughout economic cycles, consistent with a history of strong operating performance and sound reserves… Fitch expects the natural pace of spending growth to be in line with, to slightly above, revenue growth over time.”

S&P states, “We believe the city’s positive financial operations over the past several years and continued improved reserve position, which is nearly at 20% of expenditures, backed by very strong management conditions and manageable retirement costs and liabilities, provide additional rating stability.”

The City’s net position increased $77 million in Fiscal Year 21 “mainly due to changes in Pensions and OPEB {Other Post-Employment Benefits} Obligations as a result of the favorable net change in fair value of investments in the pension and OPEB funds,” the City’s independent auditor, Clifton Larson Allen LLP (CLA), states in the 2021 Comprehensive Annual Financial Report (CAFR).