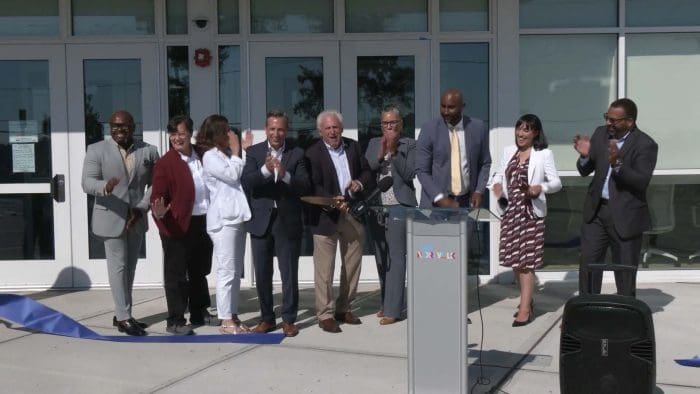 “We’re really excited that our students will come to a learning environment that one suits them, but most importantly, is equipped with what we need to make sure that they’re future ready,” Norwalk Superintendent of Schools Alexandra Estrella said.

The renovate-as-new project stems from a facilities plan developed in 2014. Jefferson hadn’t been remodeled since 1971 and portable classrooms had been used since about 2006 to accommodate overcrowding.

Mayor Harry Rilling noted that “tremendous amounts of money” are being invested in school infrastructure under his administration, with a new wing at Ponus Concord Magnet School now housing, a new Cranbury School under construction and plans for a new Norwalk High School developing. He mentioned a 25-year plan for $500 million in improvements, supported by a higher reimbursement rate from the State.

Patrick O’Loughlin, Newfield Construction’s project manager for Jefferson, highlighted the technical improvements at the school, including thermostats in every classroom and “outdoor air coming into the building, that’s exhausted all the time” and a computer to fine tune the results.