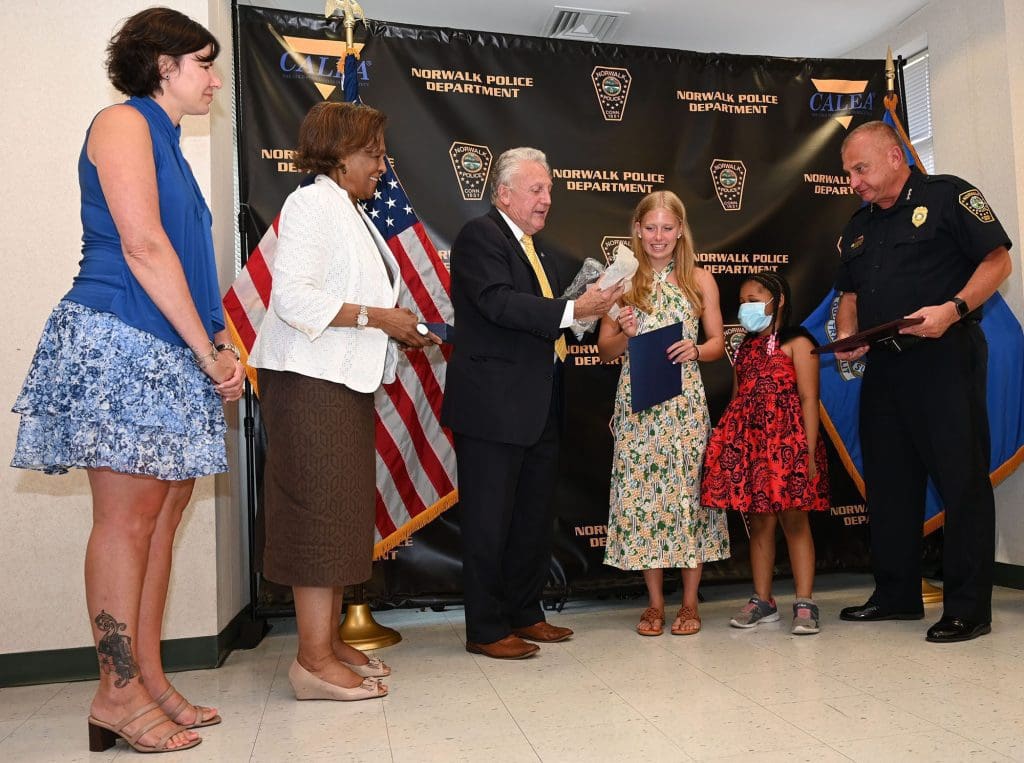 Morgan Saunders received the Norwalk Police Department Civilian Award, and the City of Norwalk Certificate of Recognition during Monday’s Police Commission meeting. “On June 29, Morgan raced into the water to rescue an unresponsive child who was seen face down. Morgan pulled the youngster from the water and performed CPR until first responders arrived,” the City said on its Facebook page. 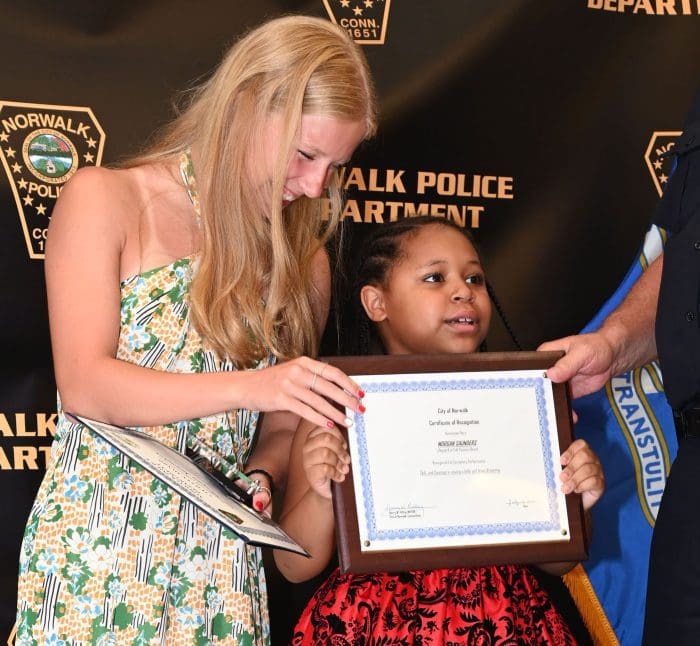 Kim Rowe said Monday that her daughter Alexis was attending summer camp at the beach with her sister and younger brother when the incident occurred. Alexis spent four or five days in the hospital; Rowe said it was so such a traumatic experience she doesn’t remember exactly how many days it was.

None of her three children can swim. She said she does not have a full understanding of what occurred.

Saunders is in her first year as a lifeguard, Mayor Harry Rilling said.

Alexis “might do so many remarkable things, she could discover a cure for cancer,” he said to Saunders. “You just don’t know what a person’s future holds. So you’ve done a remarkable thing.”

Saunders met Alexis for the first time during the event. The group was invited to Harbor Lights for dinner after the ceremony.

To its many existing responsibilities, I would like to see teaching every child in Norwalk to swim added as an urgent priority. And I would be delighted to see my tax money used fir this purpose. And I would be thrilled to see either or both mayoral candidates adopt this cause. Name the program for Morgan Saunders?