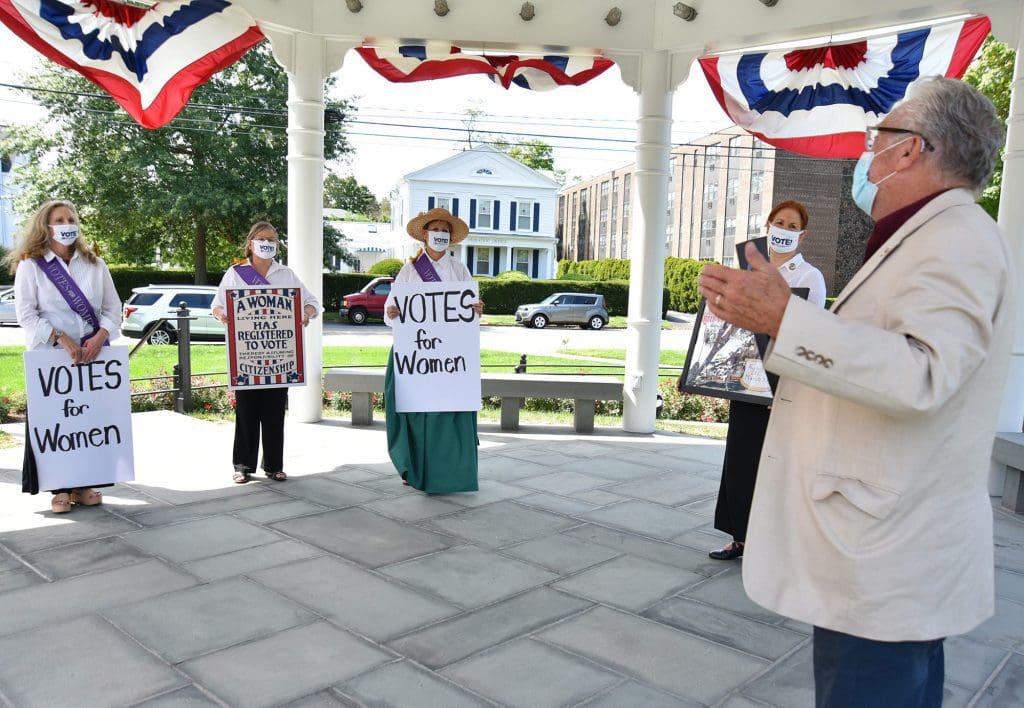 League of Women Voters of Norwalk members listen Wednesday in the town green’s gazebo, as Mayor Harry Rilling reads a proclamation honoring them, on the 100th anniversary of the passing of the 19th amendment. That evening, the green’s gazebo was lit in suffragist colors – purple, gold, and white. (Harold F. Cobin)

NORWALK, Conn. — The 100th anniversary of American women getting the right to vote was marked Wednesday with a small ceremony on the Town Green.

“We are inspired by the women that came before us that helped make suffrage happen,” Laura Smits of the League of Women Voters of Norwalk said. “And it has not always included, unfortunately, women of color who fought just as hard as white women, indigenous women, Mexican American women, Latino women, lots of women were not included even though they fought right next to us, not with us necessarily, but they fought just as hard. So we want to make sure that include those people and include all people and all citizens to exercise their right to vote.”

Mayor Harry Rilling shows off a button given to him by the League of Women Voters of Norwalk. (Harold F. Cobin)

“It’s hard to believe that it’s only been 100 years,” Mayor Harry Rilling said, noting that some people will vote by absentee ballot this year and others say this will increase the likelihood of fraud. “It’s very sad that we’re having that discussion in this day and age.”

It was Women’s Equality Day and Rilling also made it League of Women Voters Day in Norwalk, by reading a proclamation to express the community’s appreciation for the League’s nonpartisan efforts to promote political awareness and civic responsibility, helping people register to vote and holding election forums.

The League started right after the 19th Amendment passed in 1920 as “grassroots groups of women all over the country in every state” coalesced, Smits said. “Carrie Chapman Catt, one of our founders decided that we should create this group of women to help educate all those newly enfranchised women and give them information about voting and issues in a nonpartisan way.”

“This is the greatest country in the world,” Rilling said. “We have free elections. You know, we want to make sure that everybody who has the right to vote can vote understands the reason why it’s critically important.”

“We’re still not there yet,” Smits said. “There are plenty of people who are still disenfranchised, we have a long way to go to get full participation in our democracy.” 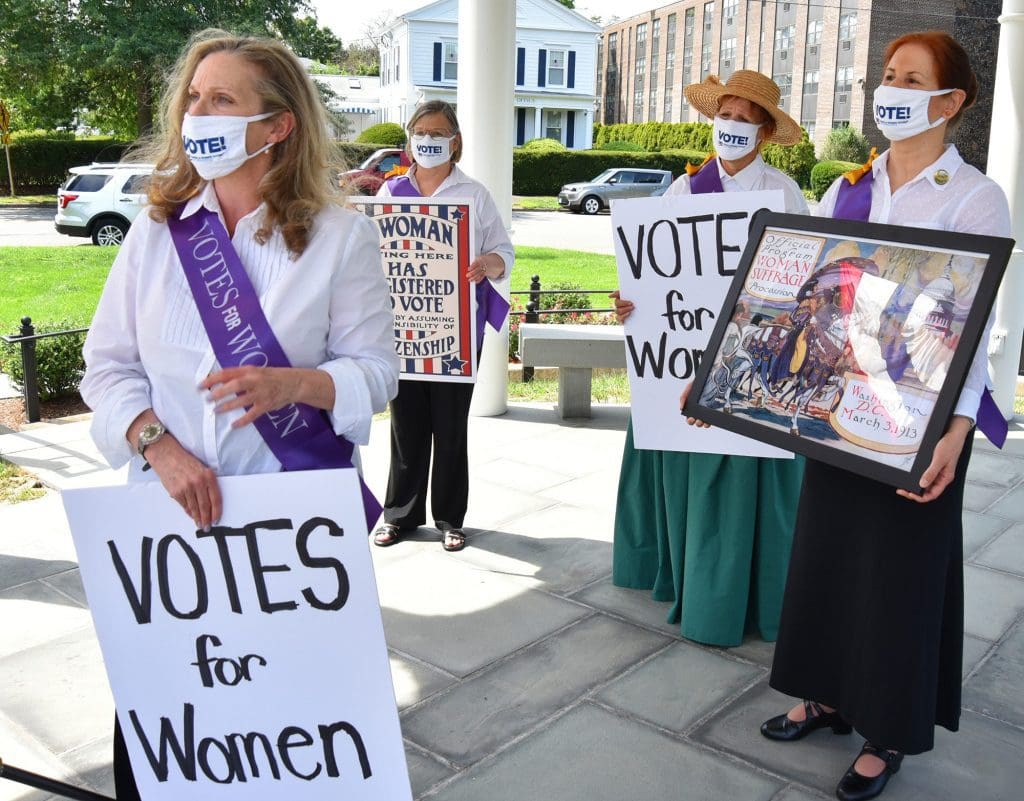 Laura Smits of the League of Women Voters of Norwalk, left, speaks Wednesday on the town green. Behind her, from left, are Deb D’Arinza, Mary Oster and Elsa Peterson Obuchowski. (Harold F. Cobin)