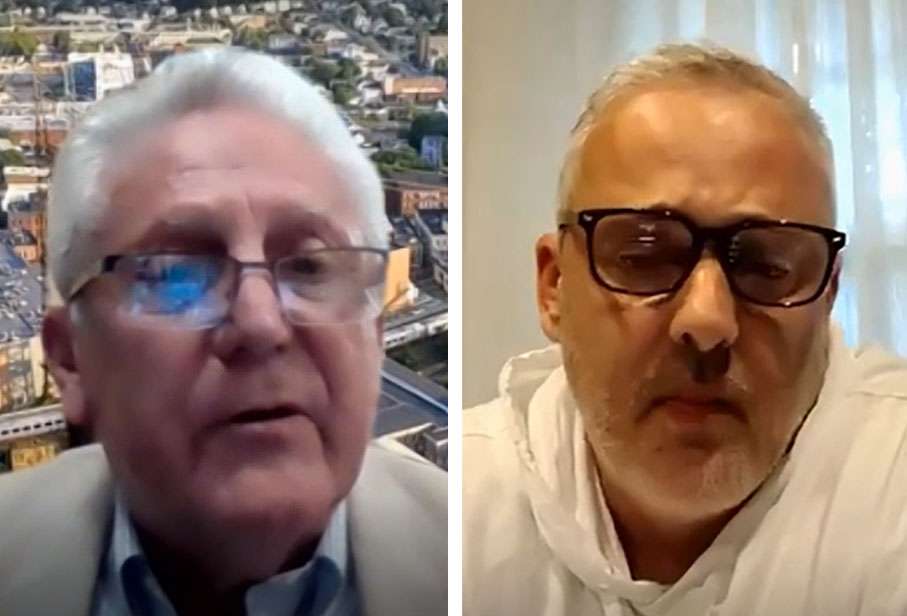 Norwalk is going ahead with a Memorial Day parade, Mayor Harry Rilling said at the DTC meeting.

The Traffic Authority greenlighted a parade route last month, with the caveat that it might not occur.

“We know people want to get back to getting outside and participating in different events, and a Memorial Day Parade, as it is conducted in Norwalk, has always been a really great event,” Rilling said Monday. “This year, even more so because we have three World War II veterans who are over 100 years old as the grand marshals, and we wanted to have the parade. We’re going to send out some guidelines for people participating in the parade, and for people attending the parade, as far as social distancing and masks if you, if you’re with people that you’re not sure have been vaccinated. But yes, we will have the Memorial Day Parade.”

The City announced May 7 that it would not be holding its Fourth of July fireworks. “The City’s fireworks draws 30,000 people from all over the region, and officials made the decision to cancel rather than potentially risk people’s health and safety,” a press release said.

“We had to make a decision to cancel or not cancel by the beginning of May,” Rilling said Monday. “If we didn’t cancel, regardless of what our decision was later on, we would owe the vendor a fee for having to prepare and get ready and all that. So I felt it was not a really great idea to have 12,000 people down at the beach all at once because we don’t know what things are going to be like in July. We’re hopeful that the warmer weather will bring us down to a level of almost less than 1% positivity rate we hope, but we’re not sure of that.”

“We now have our permitting process for special events online,” Rilling said.

“The new system, powered by Eproval, streamlines the permitting process and assists in the planning and meeting the necessary requirements for a safe and enjoyable Special Event. The system also has a Citywide Special Event calendar to help organizers and residents know of the upcoming events. The online system can be accessed 24/7 at specialevents.norwalkct.org,” a City press release said Friday.

“Before the launch of the new online system, residents and event organizers would have to visit multiple city departments, and in some cases, multiple city buildings, to have a permit reviewed and approved. This proved to be a major inconvenience for volunteer organizers,” the release said.

Rilling noted Monday that City staff has been creative during the pandemic, learning “different ways to provide the services for the city, and for the residents.” The permitting system is part of that, “one of the most exciting things, I guess.”

Special events are public gatherings expected to attract 100 or more people either outdoors or in a not-permanent structure, the City’s website states. Applications must be made 60 days in advance to allow time for Boards, Commission and Committees to weigh in. Applicants can check the status of their permit online in real time.

The Common Council Ordinance Committee is set to discuss merging the Planning and Zoning Commissions tonight, at its Tuesday meeting.

Council member John Kydes (D-District C), who is running for reelection this year but also looking ahead to a 2023 Mayoral run, noted that Monday, calling it an “early stages” discussion.

“The biggest news we have out of the city right now is that we are opening City Hall effective May 20,” Rilling said. “We will still have some protocols in place: people coming into the City Hall will be required to wear a mask because we don’t have the wherewithal to check whether people have been vaccinated or not, city employees are going to be requested to wear a mask when they’re walking around the building but when they’re at their station they can take the mask off.”

And, “I want to remind everybody City Hall was always open for every service by appointment only or through some of the windows that we opened up,” Rilling said.

Kydes said, “Obviously, we all know City Hall’s opening this week and the City Council’s also beginning discussions of ‘how do we hold our public meetings, our various committees and the Council meetings themselves,’ and how we could do it safely and also make sure to include the public so there’s an option for the public to participate, remotely.”

Being on either the Planning or Zoning Commissions is a lot of hard work. Unfortunately, most never do that work, they simply show up to rubber stamp or make political points. Combining them would make the amount of work virtually impossible, but it would make the cronyism and rubber stamping much simpler. Any citizen should oppose making corrupt politician’s lives easier.

….oh, and no scientist anywhere believes that Covid is transmitted outdoors, unless people are literally spitting in each other’s mouths. Why is Harry cancelling the fireworks? To save the money to syphon off elsewhere would be my guess. Stand up, Norwalkers.

Regarding the decision not to have the fireworks display, I think there’s more to it than the low risk of the virus spreading outdoors. People would be eating and drinking, potentially in close proximity to others (because the beach gets pretty crowded during pre-fireworks dinner hour), and they would need to go indoors to use the public restrooms. There would be no way to tell how many of the teens and adults were fully vaccinated, and we can be sure younger children would be unvaccinated.
I’m not a public health expert and I (obviously) had nothing to do with the city’s decision, but it seems like the right decision to me.

Elsa…there’s more to it than the low risk of being outdoors, because people would be eating and drinking…outdoors? Hard to follow that logic. We are talking beyond Powerball odds, eating and drinking don’t change that. The bathrooms might be a fair point if people spent 15 minutes in them (check CDC guidelines on how the disease is spread) and I know I can hardly stand 2. Make sure they are ventilated, and problem solved even for long stays.

I will stick with my conclusion…money is going for a kickback to someone.

It’s pretty simple, the mayor doesn’t get to parade in front of the fireworks observers like he does for Memorial Day parade viewers. Plus he owes DPW the overtime they get paid for this event. Norwalk taxpayers take a back seat to the personal agenda at stake.

Lol so true Bryan. Just curious why it is newsworthy that Kydes is running in 2023. How is that a good story? Who really cares in 2021

It’s utterly ridiculous that we can have a Memorial Dat Parade but can’t have Fireworks?! And all restrictions are lifted and there is no reason why we can’t have them.

Between BLM and Antifa we’ve had plenty of fireworks this year. Ask police officers in Minneapolis, Seattle and Portland.