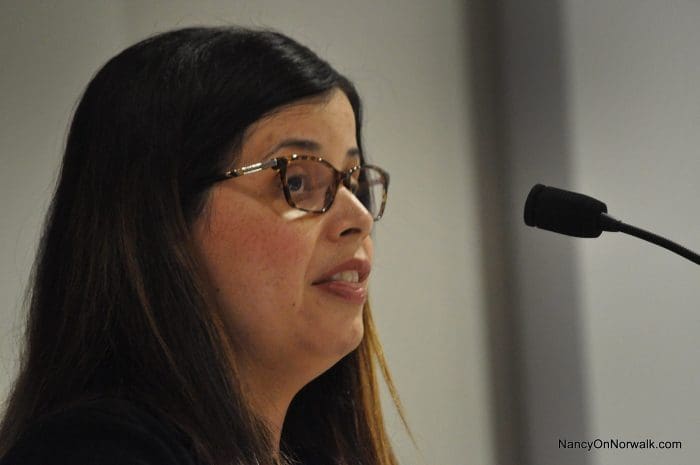 “It never has been and under the federal consent decree, the city cannot simply go forward without the NAACP’s consent,” Havrilla said.

Her comments came after Rilling emphasized to Committee members that he had met with the NAACP and the Fair Housing Advisory Committee, and “made it very clear that the consent decree is sacrosanct” and that the city wouldn’t challenge the court order.

Not only would the proposal create a “one stop shop” for citizens, instead of the confusion inspired by having Fair Rent in one location and Fair Housing in another, but, “We also looked at this as an opportunity to make the consent decree more binding,” Rilling said.

The order doesn’t say if the Fair Housing Officer is a full-time position and it doesn’t require that the officer be an attorney, he said.

“We would like to firm that up so that the consent decree is more binding and protects people out in the future when somebody else may come along and challenge it,” Rilling said. “…We think that if the parties agree, we don’t have to go back to federal court as long as the substantive components of the consent decree are not changed.”

The reorg would create a Chief of Community Services; Rilling said other employees under that chief would investigate housing violations.

“It looks like only three people” in the department, Council member Tom Livingston (D-District E) said, and Rilling agreed that was correct, describing it again as combining functions.

“To me it sounds like you have put quite a lot of thought into this,” Kydes said, and Rilling said there would be no lack of services, but “We believe it will strengthen the process.”

“Currently we have four positions that are working on this area,” Assistant to the Mayor Laoise King said, explaining that the Fair Housing Officer works in the Health Department, a separate building from City Hall, and a Director of Human Relations and Fair Rent who oversees an employee working on fair rent and civil rights and a fourth employee who assists with fair rent investigations and American Disability Act issues.

It would still be four employees, she said.

“We are just going to switch around which people are doing the jobs, so that the housing jobs are all focused on one employee doing fair rent under housing, who will be supported by the program person who will help with the investigations,” King said. “So, in essence there will still one full time equivalent dedicated to Fair Housing Officer duties, and also doing fair rent… other duties that are currently being done by the person who does fair rent will be put into human relations position and/or the chief of community services.”

“I can’t stress strongly enough that the meeting we had was a good meeting,” Rilling said.

“It was a productive meeting, we do have an open dialogue,” Havrilla said at the close of the Committee’s work. “… We welcome that but I just want to be clear, on behalf of the NAACP, that they are not amenable to the city’s current proposal.”

The NAACP Norwalk chapter gets smaller and smaller … with fewer and fewer members. They seem to want to fight progress and improvements … from a new school in South Norwalk to the City better structuring their services … how long are they going to fight progress? And they never have a plan to improve, just to block change … is that why they are shrinking?

this fair housing is a long held vendetta against Margaret Shuib.
she does an excellent job and has made great strides against housing discrimination in Norwalk.
DO NOT HANG HER OUT TO DRY.