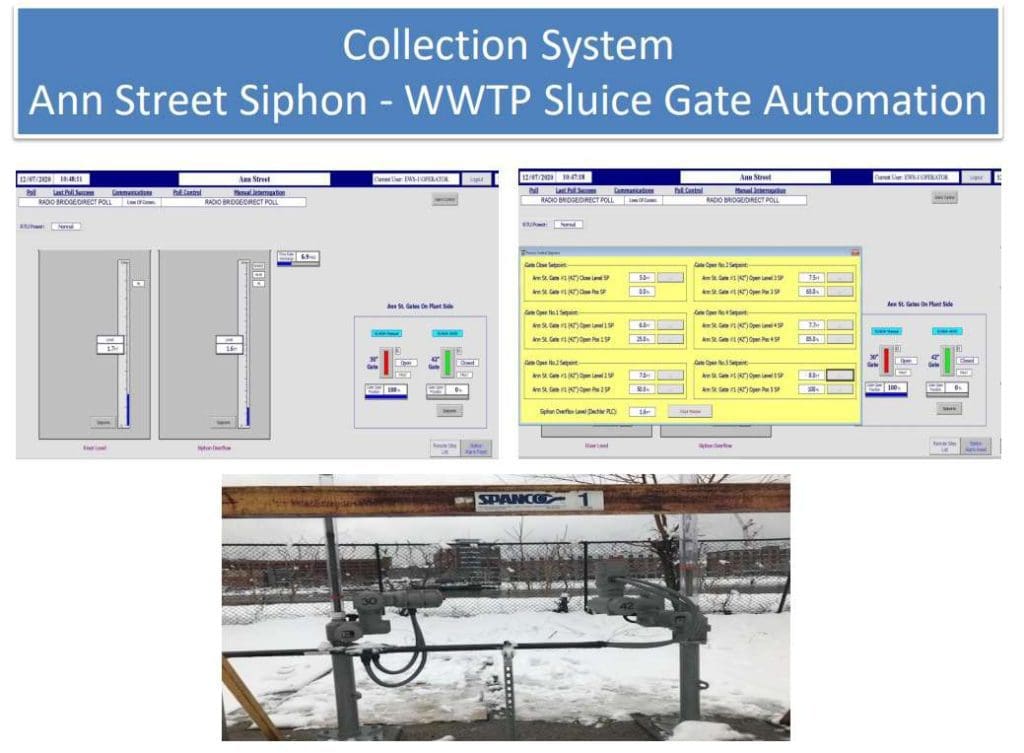 The Ann Street siphon needs to be eliminated from Norwalk’s wastewater treatment system, the Connecticut Department of Energy and Environmental Protection (DEEP) states. The slide shown is from the City’s presentation to DEEP in seeking a new treatment plant permit in January 2021.

NORWALK, Conn. — The State has ordered Norwalk to update its wastewater treatment system.

Norwalk has dumped raw sewage and under-treated sewage into the Sound on multiple occasions because of specific inadequate mechanisms and can be reasonably expected to pollute state waters further given the system’s existing conditions, the Connecticut Department of Energy and Environmental Protection (DEEP) states in a consent order signed by Mayor Harry Rilling on May 5.

The City has agreed to hire consultants and update its Sanitary Sewer Collection System Master Plan, and submit it to DEEP by Sept. 30. It must offer comprehensive engineering details and a “range of viable and cost-effective measures” to address the problems. A facility plan update is due by June 30.

This all came as news to Mayor’s Water Quality Committee members, who said last week that they had just learned of the consent order from a citizen. Assistant Director of Health, Environmental Health William Mooney also said he hadn’t known.

“We’re supposedly involved with water quality. And the fact that there has been questionable practices, we should have been alerted. We did not get the consent order through normal channels,” Mayor’s Water Quality Committee Chairman Joe Schnierlein said Friday.

A public hearing was held in January 2021. A document provided to NoN last week shows citizen testimony at the hearing and DEEP’s responses to the hearing officer; while one citizen had asked when the public would learn about steps being taken to address the sewage releases, DEEP said, “Enforcement action is considered private until it’s enforced.”

DEEP told the hearing officer that the governmental bodies involved determined that the best way to handle the identified issues was a “DEEP compliance action (order).”

The hearing came as Save the Sound, a bi-state non-profit organization, pressured Norwalk. Save the Sound was suing Danbury and New York’s Westchester County as part of its Campaign for a Sewage-Free Long Island Sound, and Mayor’s Water Quality Committee member Dick Harris said he expected Norwalk would also be targeted with a lawsuit.

Save the Sound, in its July newsletter to members, took credit for the “consent order addressing ongoing sewage spills in the city of Norwalk,” calling it the “result of staff attorney Kat Fiedler’s advocacy.”

Save the Sound explained:

“Raw sewage is frequently discharged from multiple sewer overflow outfalls in Norwalk without any of the required treatment. We participated in permit proceedings to highlight these problems and the infiltration, inflow, and sewage pipe maintenance issues that cause them.

“DEEP’s consent order requires the city to develop and implement plans to study and remove excess flow from the collection system within 5 years; eliminate an unpermitted emergency overflow outfall within 5 years; and either provide primary treatment to a permitted sewage overflow outfall or eliminate use of that outfall within 10 years. These efforts will reduce the discharge of raw sewage into Norwalk’s waterways and should improve water quality in Norwalk Harbor. DEEP will also soon establish a Total Maximum Daily Load (TMDL), an enforceable plan to address water quality problems, for Norwalk’s polluted inner harbor, which was graded F in our most recent Long Island Sound Report Card. We successfully advocated for a requirement that Norwalk monitor the harbor to provide information for the upcoming TMDL. We’ll continue to push DEEP to move forward with the process and finally bring the inner Norwalk Harbor up to Clean Water Act standards.”

Paul Copleman, DEEP’s Media Relations Manager, said, “Consent orders are negotiated, enforceable documents between DEEP and the respondent. There was no 3rd party involvement; however, Save the Sound inquired about the order and was provided with a copy once it was finalized.”

DEEP’s order focuses on two issues. One is the Ann Street siphon emergency overflow, which releases wastewater into the Norwalk River when extreme rainfall overwhelms the system.

On June 28, 2018, the siphon sent an undetermined amount of sewage into the river, a discharge that was not authorized under Norwalk’s permit, DEEP states. DEEP also mentions a sewage dump from the siphon on Aug. 22, 2016. DEEP orders that the siphon be eliminated from the system.

Perhaps more importantly, the order also notes that treatment plant microscreens were said to be out of service in 2017 and have not been repaired. Because of that, sewage has been dumped “without the equivalent of primary treatment” during wet weather, since May 17, 2017.

Harris told Water Quality Committee members last week that “what used to be the drum screens” at the plant are “all rotted out,” sending sewage, which has gone through a chlorination process but not primary treatment, through the secondary outfall and into the river.  The correction will cost “a huge bundle of cash” but the City has five years, he said.

Back in 2014, the late Hal Alvord, then-Department of Public Works Director, warned that only two of the plant’s five drum screens were working. He called the screens “old” and described the situation as urgent.

DPW’s capital budget application said the plant would be in violation of its state permit if it didn’t have working drum screens.

Alvord said Norwalk had spent $41 million to complete Phase I of a plan to update the sewage treatment plant but funding for Phase II was difficult to come by. He felt DEEP could allocate Clean Water Funds “to incentivize communities like us to want to do those kinds of things” but the process had “developed in about 1940” and hadn’t changed since. WPCA would have to raise sewer rates unreasonably and progress stopped, according to Alvord.

The Water Pollution Control Authority was seeking $500,000 in capital budget funds to replace aging drum screens, to be followed by another $2 million next year. The approved 2014-15 capital budget included $500,000 for “supplemental treatment upgrade.” In the following year, WPCA was granted $6 million but this wasn’t for the treatment plant.

“Having once been a regulator, when I sometimes had to double check on consent decrees for hazardous materials management, the wording on this appears to me to show that the state is, I guess, tired of waiting for movement,” she said.

Schnierlein said the order “caught me by surprise.” Later, at the Shellfish Commission meeting that followed, he said, “We’re going to try and find out why we weren’t alerted … I can guess, but I’m not going to say it publicly.”

“The Consent Order was regularly discussed at the Water Pollution Control Authority’s (WPCA) Board Meetings in Executive Session in the fall of 2021 and at its January, March, and April 2022 meetings. The Consent Order was unanimously approved by the WPCA Board in general session on April 18th, 2022,” she said.

She also noted that the wastewater treatment plant permit process through DEEP was public and said the concepts memorialized in the consent order were discussed there.

“The Consent Order specifically includes two studies that the WPCA planned to complete as a regular course of business, based on its Collection Systems and Facility Master Plans,” she said.

The April WPCA meeting mentioned by Woods Mathews featured a unanimous vote to approve the consent order, which had been developed privately in executive sessions at previous meetings as described by Woods Matthews, with no comment.

Norwalk Senior Engineer Ralph Kolb announced at the May WPCA meeting that the order had been executed by both parties.

“The consent order is focused on inflow infiltration reduction, which the WPCA has been, and will continue to do,” Kolb said in his brief comments. “We’re looking at potential options with the Ann Street emergency overflow, if there’s a way we can reduce or actually eliminate that outfall location.”

As for costs, Woods Matthews said those have not been defined.

“The WPCA routinely evaluates infrastructure and plans for needed future investments,” Woods Matthews wrote. “Once these studies are complete, capital upgrades will be recommended and projected, and costs will be outlined. As you know, the WPCA is an Enterprise Fund, meaning that its costs and obligations are met through user fees which have remained consistent over time. In addition to a strong capital reserve, the WPCA recently developed a financial forecasting tool to assist with appropriately planning for infrastructure upgrades.” 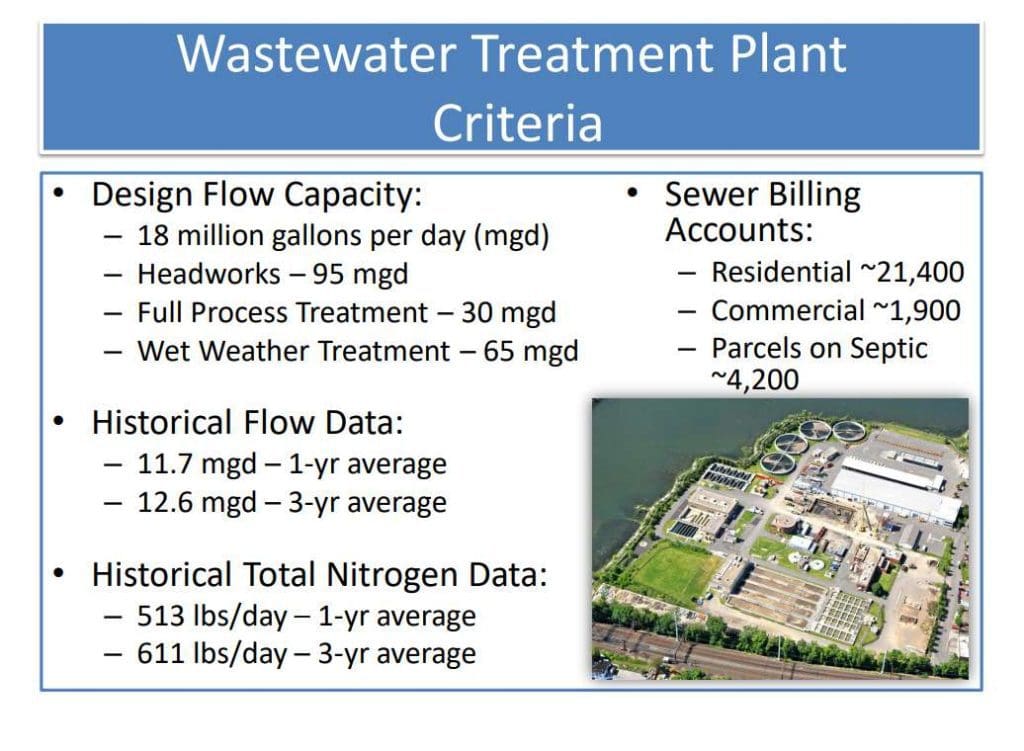 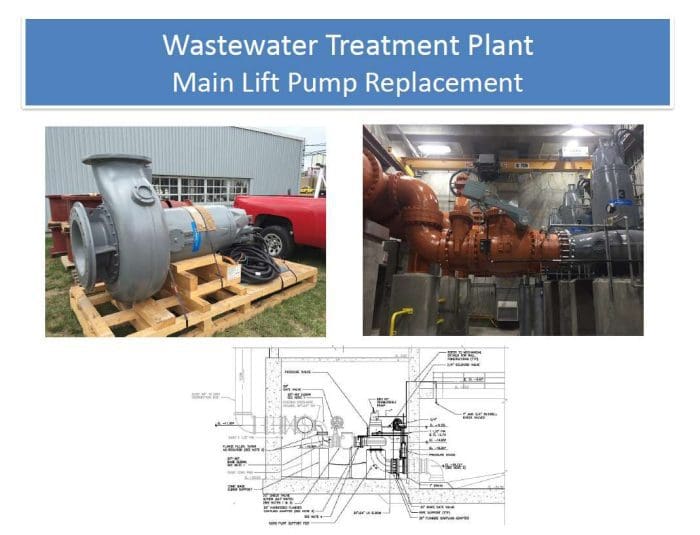 In seeking the permit, the City listed many accomplishments and investments, including $6.3 million in sewer upgrades, $2.7 million in a recently completed Beacon Street interceptor service area rehabilitation and $1.25 million for new collection system consultants.

WPCA hired a new plant operator in 2020. SUEZ replaced OMI, which had run it for two decades.

Photographs in a PowerPoint presentation used at the hearing illustrate work done to clean out pipes, new linings for pipes and new equipment at the treatment plant.

Louise Washer, who is both Norwalk River Watershed Association President and a Mayor’s Water Quality Committee member, testified at the hearing.

“Though Norwalk has done a commendable job of improving wastewater management over the last decade, especially in its partnering with Harbor Watch to track down leaks, as we heard today, it is unacceptable that the city continues to be unable to fully convey and treat its sewage, relying on an outfall where they are permitted to discharge undertreated sewage, an unpermitted outfall where raw sewage is discharged under extreme conditions, and frequent overflows from various other areas of the collection system itself,” she said, according to DEEP’s transcript.

She said, “The threat of larger and more frequent storms resulting from climate change means it is all the more urgent that the city be required to act now to make the improvements necessary to avoid the spilling of raw or partially treated sewage into the Norwalk River, Harbor, and Long Island Sound.” 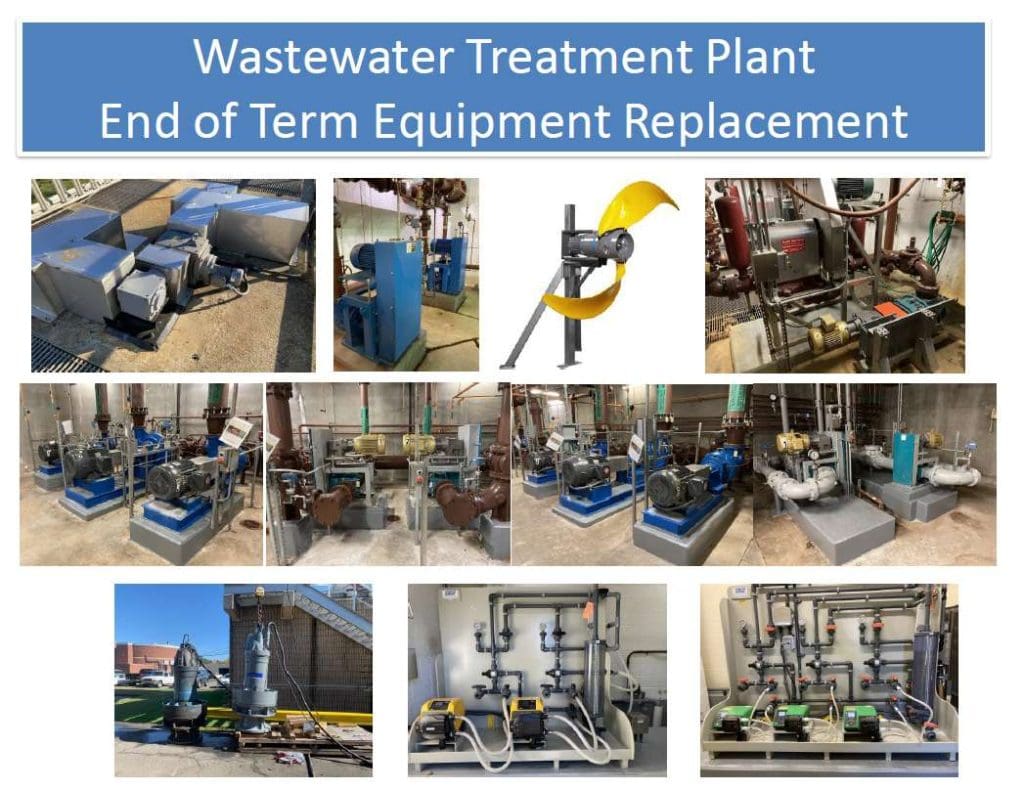 The Chapman Hyperlocal Media Inc. Board of Directors has voted to take a comments recess for August, as an experiment. We are not posting comments. The comments section may return in September. For more information, see this post.