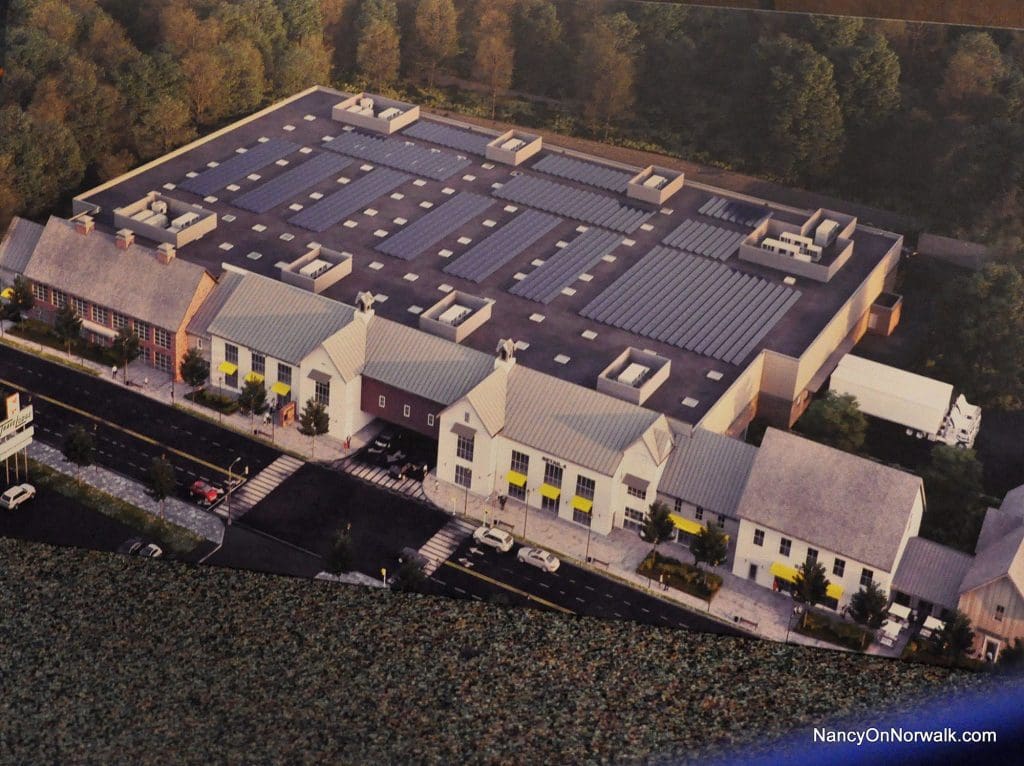 A rendering of “The Village.”

NORWALK, Conn. — Calling it “an application many of us think never should have received an approval in the first place,” activist Diane Lauricella has made a last-minute attempt to rally community opposition to the Planning and Zoning Commission granting another extension for the planned development at 272 Main Ave.

Most people know that as the proposed BJ’s Wholesale Club. It’s officially The Village, a plan featuring 100,000 square feet of retail at 272-280 Main Ave., a Superfund site.

It was originally pitched as a BJ’s Wholesale Club, then redesigned to create a pedestrian friendly streetscape with a big box store interior, smaller than originally intended, due to a public outcry.

Neighbors sued to appeal the 2017 approval but lost.

Lauricella sent an 11 p.m. email Wednesday, urging the “good folks who worked together since 2012 to try and stop the BJ’s Big Box” to email the P&Z Commission by 2 p.m. and object to another one-year extension for owner Main Norwalk LLC. Lauricella said she’d just seen the item on P&Z’s agenda and, “The site is too small for this type of development.”

Attorney Elizabeth “Liz” Suchy, representing the applicant in gaining a one-year extension in August 2019, predicted that construction would begin before that extension went into effect. The project had already gone out to bid, she said.

Then-Assistant Planning and Zoning Director Mike Wrinn said construction plans were on his desk, waiting for a sign off. “I think they are ready to go but (the extension) is just a safety valve for them,” Wrinn said.

At the time, Norwalk Chief of Economic and Community Development Jessica Vonashek said BJ’s was listed as a possible tenant on the Zoning application.

“We do not want a big box store, even if hidden by a pretty, but misleading, façade,” Lauricella wrote Wednesday. “The Mayor of Norwalk, first campaigning in 2013, vowed that Big Boxes were a thing of the past in Norwalk if he were elected…”

“I am against having a BJ’s on Main Avenue,” Rilling said in an August 2013 email interview, ahead of being elected Mayor. “Big box stores create low-paying jobs (many parttime in order to avoid paying benefits or overtime), they do not pay much in taxes to the city, and they create congestion on our roads. Main Avenue is particularly problematic as it is a very narrow road that is already congested and dangerous.”

Mayors and other elected officials are prohibited by law from interfering with or pressuring Planning and Zoning Commissions.

She said, “We do not want a big box store, even if hidden by a pretty, but misleading, facade.”