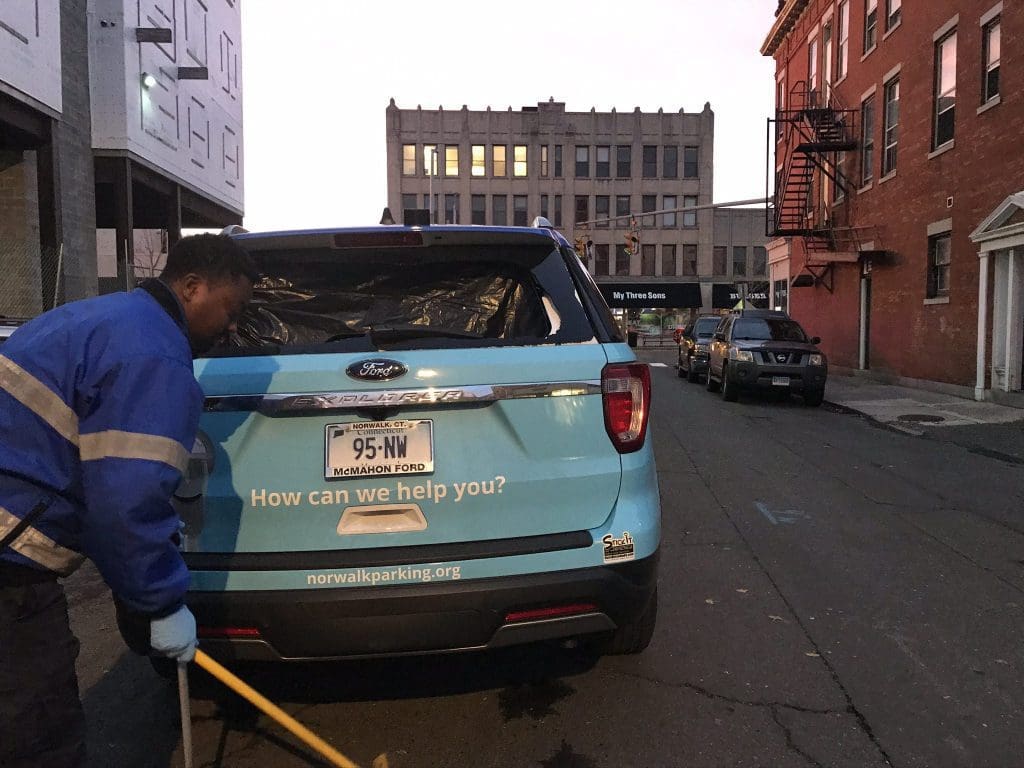 NORWALK, Conn. – The rear window of a parked Norwalk Parking Authority vehicle was shattered Tuesday on Isaacs Street when it was hit by a projectile, Norwalk Police say.

A Parking Authority employee said the window was shot out with a BB gun. He wasn’t hurt. Police hadn’t been able to locate the culprit.

NancyOnNorwalk happened upon the vehicle at 4:50 p.m. Two Parking Authority employees were sweeping up shattered glass behind the vehicle, which was parked on the western edge of Isaacs Street, next to the stalled Wall Street Place development commonly referred to as “POKO.”

The vehicle’s driver said he’d been standing on a nearby sidewalk when the vehicle was shot. The Norwalk Police incident reports show a 3:56 p.m. call for property damage on Isaacs Street.

Reverse angle parking was recently installed in the area, as well as parking meters on spaces that have been free for years.

“The safety of our staff and of the public is a top priority. We are taking this matter seriously and are thankful the Norwalk Police Department is investigating,” Norwalk Communications Manager Joshua Morgan wrote.

“I am concerned for the safety of our drivers…and, those of the police force…and, for anyone in the vicinity of someone so upset with an issue that they decide some sort of violence is an approved expression of disagreement,” Parking Authority Chairman Dick Brescia wrote. “Sad.”