New IT director on the job; Fire Department promotes 10 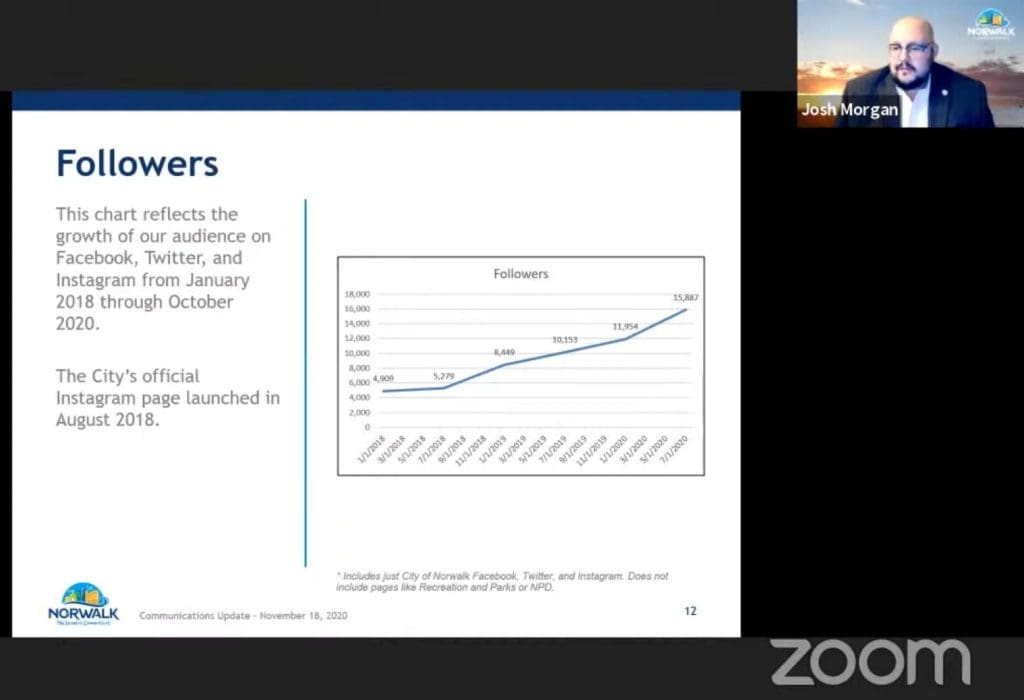 Josh Morgan’s position was created three years ago as the first action in Mayor Harry Rilling’s reorganization of administrative positions and at the time Common Council members expected that the job might evolve, Director of Personnel and Labor Relations Ray Burney said, also noting that some citizens demanded that the city hire a full-time grants writer, not create a role with both responsibilities.

Morgan was never a grants writer but a grants coordinator, Burney said. In agreeing that the role should evolve, Council members lauded Morgan for doing an outstanding job and told Burney that the undefined new grant position should be firmed up ASAP.

The job change was approved at last Tuesday’s Council meeting without any public discussion, as part of the “consent calendar.” Details were discussed at the March 17 Community Services and Personnel Committee meeting.

The grants position may be a part-time role or it may be wrapped into the duties of an existing staff person, Burney said. Either way, that person will be in the Finance Department and report to Norwalk Chief Financial Officer Henry Dachowitz.

“We’re still working our way through the reorganization, and the retirement incentive program (from the fall) and the sub-reorganization we’re doing as a result of some of those” retirements creating vacancies, and ensuing “changing job duties and changing positions,” Burney said.

Morgan will continue coordinating the grant activities of various departments until the new position is created and filled, Burney said, promising that the shape of the job will be defined by mid-April, the next time the Committee meets. Burney made those promises in response to comments made by Council Finance Committee Chairman Greg Burnett (D-At Large), Personnel Committee Chairwoman Barbara Smyth (D-At Large) and Council member Nick Sacchinelli (D-At Large).

Burney repeatedly assured the Council members that no grant opportunities have been missed. He said he’d gotten that information from Morgan.

“Each of the various operating departments has their own person that has been responsible historically for flagging and obtaining and applying for grants, like the Health Department has a whole bunch of people on their staff and they just hired an epidemiologist, that was a result of the grant they applied for and received,” Burney said.

While grant opportunities shift with the times, Morgan has been on top of things, “very active in coordinating all of these efforts, and I don’t think that we’ve left a nickel on the table,” Burney said.

Burney said he doesn’t expect the grant writing responsibilities to exit the various departments, “but, you know, we’ve been changing a whole bunch of different things over the past three years, as we work through all that. And, as you know, Henry has his own ideas about how things work.”

Smyth quoted Morgan as saying that there have been grants in the $1.5 million range as well as lesser amounts, “but we don’t have an actual list and actual rundown and I think that that would be beneficial to have.”

Morgan has been making just under $80,000 a year and the change will “put him at about 86 and change,” Burney said. There’s enough money in the Mayor’s Office budget to absorb the increase.

“I’m supportive of the communication director position,” Burnett said. “I’m even more supportive of Josh, being in that role. I think he’s done an outstanding job in communicating and being that key focal point that both internal and external contacts could go to for communications about the city of Norwalk.”

In November, Morgan gave Council members a detailed report on his activities, charting growth in social media activity as a successful way of reaching the public. As an example, he created an Instagram page in his first year and Norwalk’s social media presence jumped from 4,900 followers in January 2018 to nearly 16,000 last October, he said. The City planned to create a TikTok account and has been putting ads on buses to reach citizens on topics such as the new plastic bag ordinance and the Census.

Morgan has been “working a job and a half, seven days a week, you know, no break for this past year,” Smyth said March 17. He can “continue doing that knowing that he’s making a little bit more money,” but the new position needs to get going “as quickly as possible.”
Burney said he needed the Council’s blessing to bifurcate the responsibilities before working on specifics or working toward hiring someone.

“Coming from higher education academia, the nonprofit world, grants folks pay for themselves,” Council member Dominique Johnson (D-At Large) said. “That’s the model. So it would be a real value added, we could have somebody come in, you know, pay for their own salary bring in overhead, and then also contribute to a revenue stream for the city.”

“Part of the reason why the grant writing responsibilities are sort of split up now is because we have such a broad spectrum of expertise needed, from writing a grant to apply for a fire truck versus writing a grant to apply for a grant for an epidemiologist, right,” Burney said. “I have not yet met the person who can do both of those grant writing things without some level of tapping into the expertise resident in those two departments.”

Joyce Liu is IT director 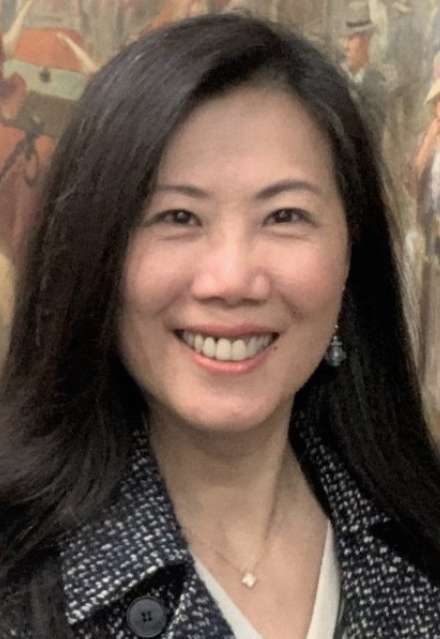 Joyce Liu, the City’s new Director of Information Technology, began work March 1, Morgan said. She didn’t have to go far as she already worked in Norwalk’s IT Department as Citywide Applications Manager. It’s a promotion for the 14 year City employee.

Liu “will oversee the technological infrastructure across the City to ensure optimal performance, design and customize technological systems and platforms to improve services, and implement cybersecurity polices and protocols. She will also be leading one of Mayor Rilling’s major initiatives to go paperless and bring more City services completely online,” Morgan wrote.

“Norwalk has invested in technology and cybersecurity and continues to stay ahead of the curve in this ever-changing field,” Liu is quoted as saying. “I look forward to using my expertise and experience to creatively find cost-effective solutions to meet the needs of City Departments, residents, and businesses, and protect data and critical infrastructure from cyber criminals. Norwalk is a wonderful community and I am thrilled to continue working for this great City.”

The Norwalk Fire Commission promoted 10 firefighters on Feb. 16, some of them effective retroactively.

“I don’t think that we’ve left a nickel on the table,” Burney said.”

I can’t know, but from what little I have seen, A lot of the Trump PPP money went to communities other than Norwalk. And that was a no-brainer.

Regarding the Ten Firefighters promoted:

How many live in Norwalk? Hopefully all of them.

Perhaps a actual list of grants applied for and grants won can be reviewed by the Council before Mr Morgan is promoted? And in his new position will he respond to emails from the public or continue with his one-way ‘communication’ posture?

As chair of the Bike/Walk Commission, I have worked with Josh on both communications and grant proposals and have found him to be very helpful and easy to work with. Based on my experience, this promotion is well-deserved.

” Josh Morgan’s position was created three years ago ” to do exactly what? No job responsibilities listed here. The Common Council wanted to hire a Grant writer. Fair enough.

Josh is not a Grant writer but a Grant Coordinater? Do we need both?

What are the measurable results after three years on the job? A Grant writer should atleast bring in four times their salary and benefits or why bother.
Smyth quoted Morgan as saying there have been grant’s in the $1.5 range as well as lesser amounts but we don’t have an actual list.

Maybe some one can explain this waste of resources and total lack of accountability to me .

Show us the $1.5 million in new grant’s and all the lesser grant’s collected. Not promised.

Well, thank goodness city leadership has prioritized getting us on TikTok! (smh that such fluff could actually be construed to be a KPI)

In all fairness, I admire Josh Morgan’s initiative and resourcefulness.

Starting an instagram account and having the goal to eventually have a TikTok account are no mean feats and we should acknowledge that each of us has a different idea of “success.”

You deserve it, buddy. Great work! You delivered. Don’t let these commenters tell you otherwise. A lot of social media is dealing with the “haters” (I think they call them?)