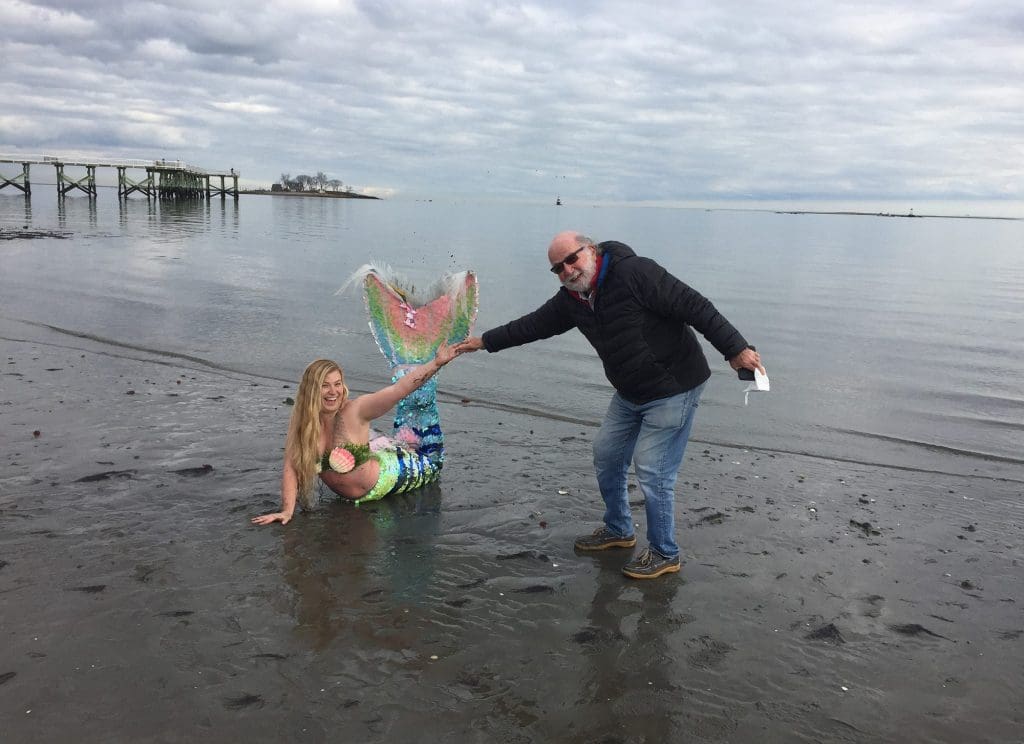 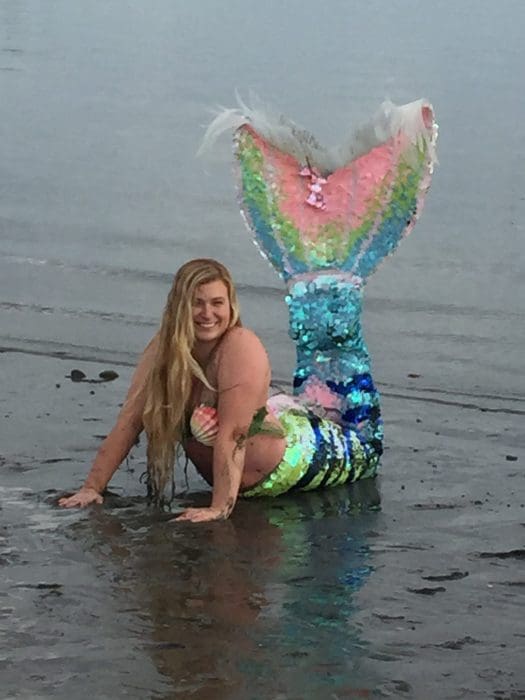 NORWALK, Conn. — Mary Oster says she stumbled upon a mermaid Friday and she has photos to prove it.

“It was lots of fun-you never know what you’re going to see at Calf Pasture Beach!” she said.

Oster learned that the mermaid was raised in Norwalk and lives in the Lake George area.  Her name is Erin and she’s starting a business as a mermaid at children’s parties and other events, Oster said.

Erin’s appearance was great fun for children who just happened to be at the beach, a couple of families and a group with several little girls from 3- to 9-years old, including one set of triplets.

“After Erin did some photos closer to the water, she came up on drier land and visited with the kids,” Oster wrote. “They were thrilled to see a real live mermaid.    Her dad mentioned that she’s also doing some promo work for a shop with mermaid merchandise somewhere in the Lake George area.  Her husband is the marketing manager for an historic YMCA somewhere in that area-they said the quiet end of the lake.  Not sure about the name-don’t know that area.” 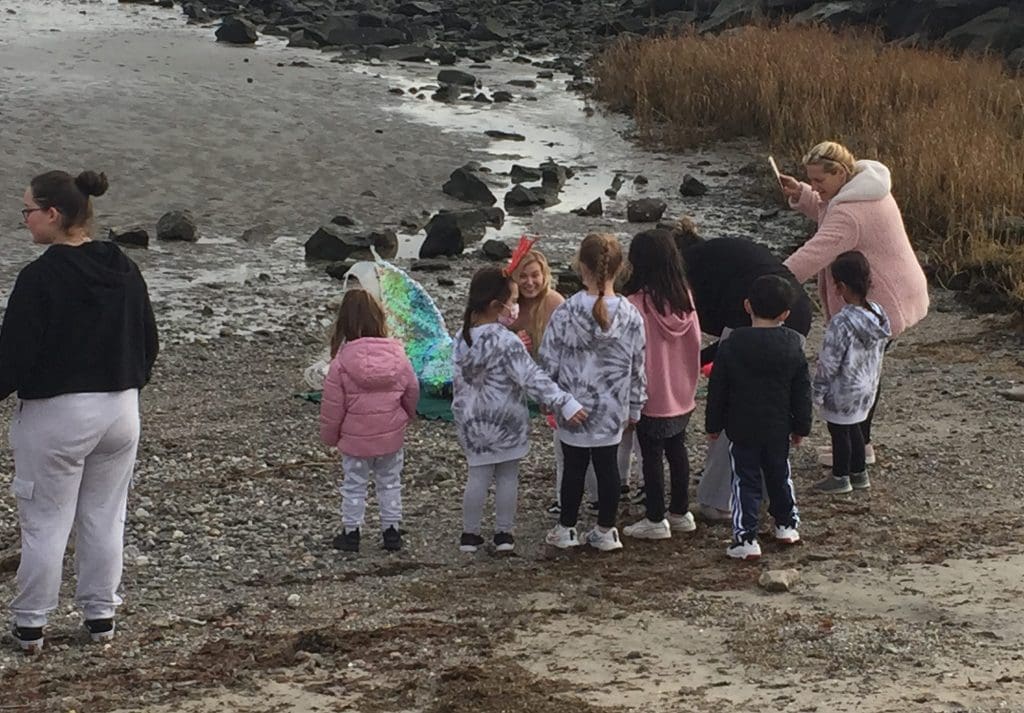 Do you know how to contact her for employment?

Hello John,
I am the mermaid pictured above! My name is Erin Smalley. If you would like to contact me to inquire about events my e-mail is [email protected]
You can also find me on Instagram @themermaiderin