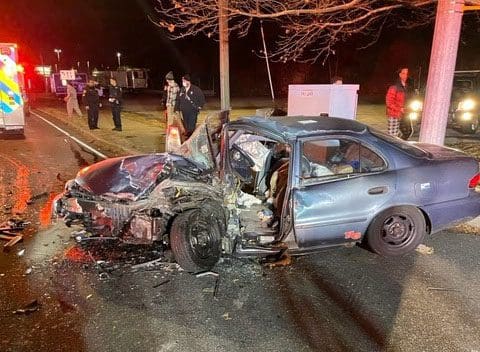 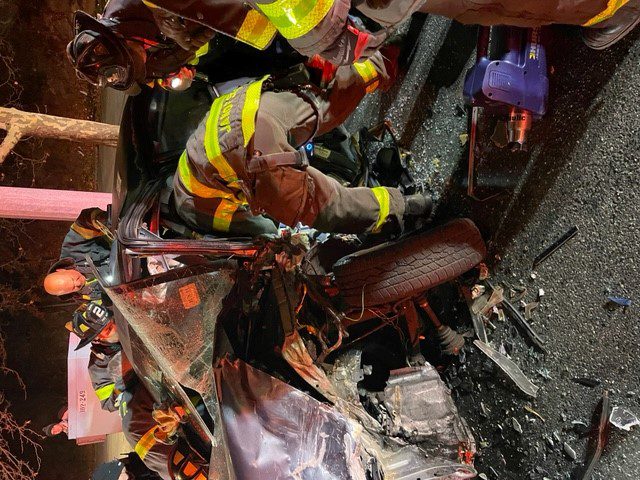 NORWALK, Conn. — The Norwalk Fire Department provided these photos of a two-car collision it said happened 11:20 p.m. Sunday at the intersection of Westport Avenue and Dry Hill Road.

Firefighters attended to the lone occupant of a Geo Prizm 4-door sedan, the driver, the department said. He was pinned under the dashboard with life-threatening injuries and had to be extricated using multiple hydraulic tools; paramedics immediately took him to Norwalk Hospital.

Norwalk Police said Monday that the driver died. He was in his early 60s, according to the fire department news release.

“The manner and cause of the crash is currently under investigation. The identity of the deceased is not being released at this time, as police are in the process of notifying family,” the police news release said.

The other car, a Honda Accord, had three or four occupants in their early 20s, Deputy Chief Edward Prescott said. The male driver was transported with injuries, by a second hospital ambulance and the passengers were transported by a Wilton ambulance, for observation.

“We are asking that any persons with any information relating to the accident make contact with Officer Wasilewski either by phone at 203-854-3035, or by email at [email protected],” police said. Information can also be shared anonymously:

“Norwalk Firefighters responded with an Engine company, a Rescue and a Command Car,” Prescott said. “The extrication was completed in under 4 minutes and firefighters cleared the scene by midnight. Norwalk Police had blocked off Westport Avenue, while the accident is being investigated.” 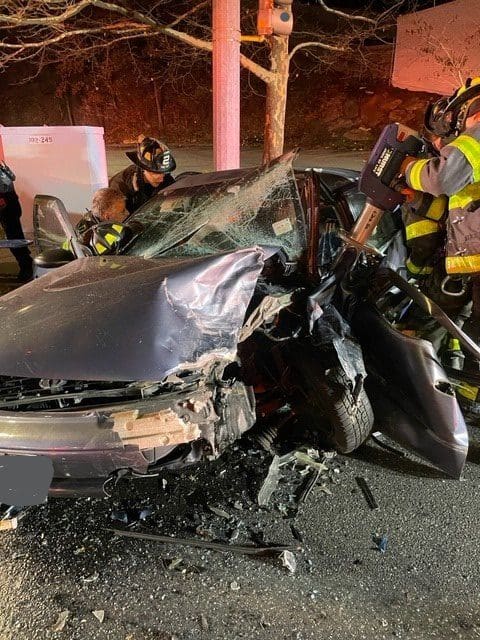 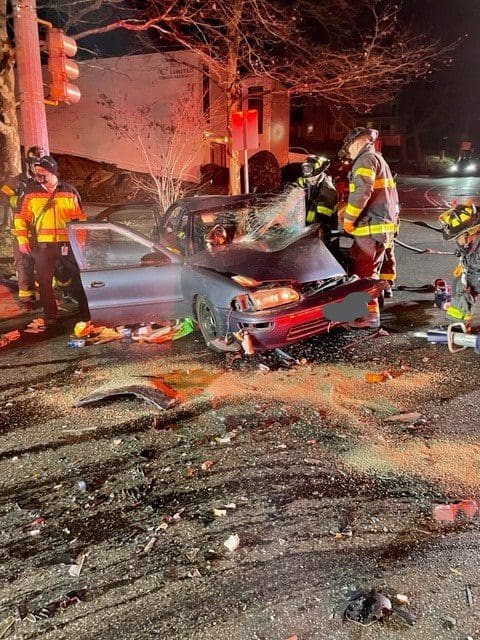 Accidents like this could be prevented by improved policing. Drivers in Norwalk ignore red lights, do not stop for pedestrians on crosswalks and generally disobey traffic rules. Red light cameras and automatic ticketing would be an easy fix to this potentially lethal problem.

I drive this area daily, I agree with Fenella. People are constantly speeding,more than a few miles an hour over speed limit. And all the traffic lights along rt1 are not being obeyed. When your light turns green you have wait to hope no is running the red light.
The police have to start enforcing traffic laws in Norwalk. Painted lines and signs are not the answer.

People are constantly speeding on Calf Pasture Beach Road. 50 mph is not uncommon. And yet there may be two police cars sitting in the almost empty beach parking lots. If they’re just hanging around, why not hang around the road instead, where their presence could slow cars down?