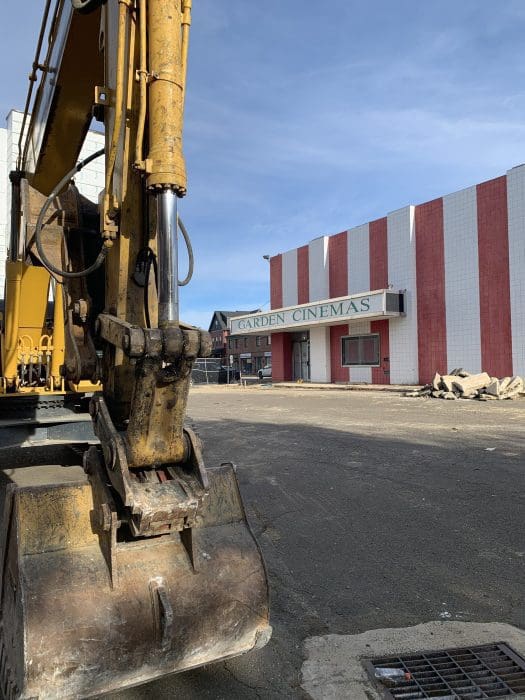 NORWALK, Conn. — Claire Schoen ventured down Isaacs Street on Friday morning and got some photos of the Garden Cinemas demolition.

“According to one of the workers on site (who took the interior shots for me), when the roof was taken down they had to do some asbestos abatement. Then it rained on the open theater. Nice mess,” she wrote.

The property at 17 Isaacs St. is slated to become part of a rejuvenated Wall Street Place project. Commonly called “POKO,” the mixed-use development is planned to include 101 apartments at 61 Wall St. and 50 apartments in a 4-story building on the former movie theater site, which is also planned to include two floors of parking.

All of the apartments will qualify as “affordable housing” under State guidelines and there will be nearly 16,000 square feet of commercial space, according to the plans approved by the Zoning Commission in 2020. Real estate broker Jason Milligan challenged the approval in court but lost that battle in July.

Schoen said she was told, “There were still some old movies lying around in the projector room, including Big (starring Tom Hanks.)” 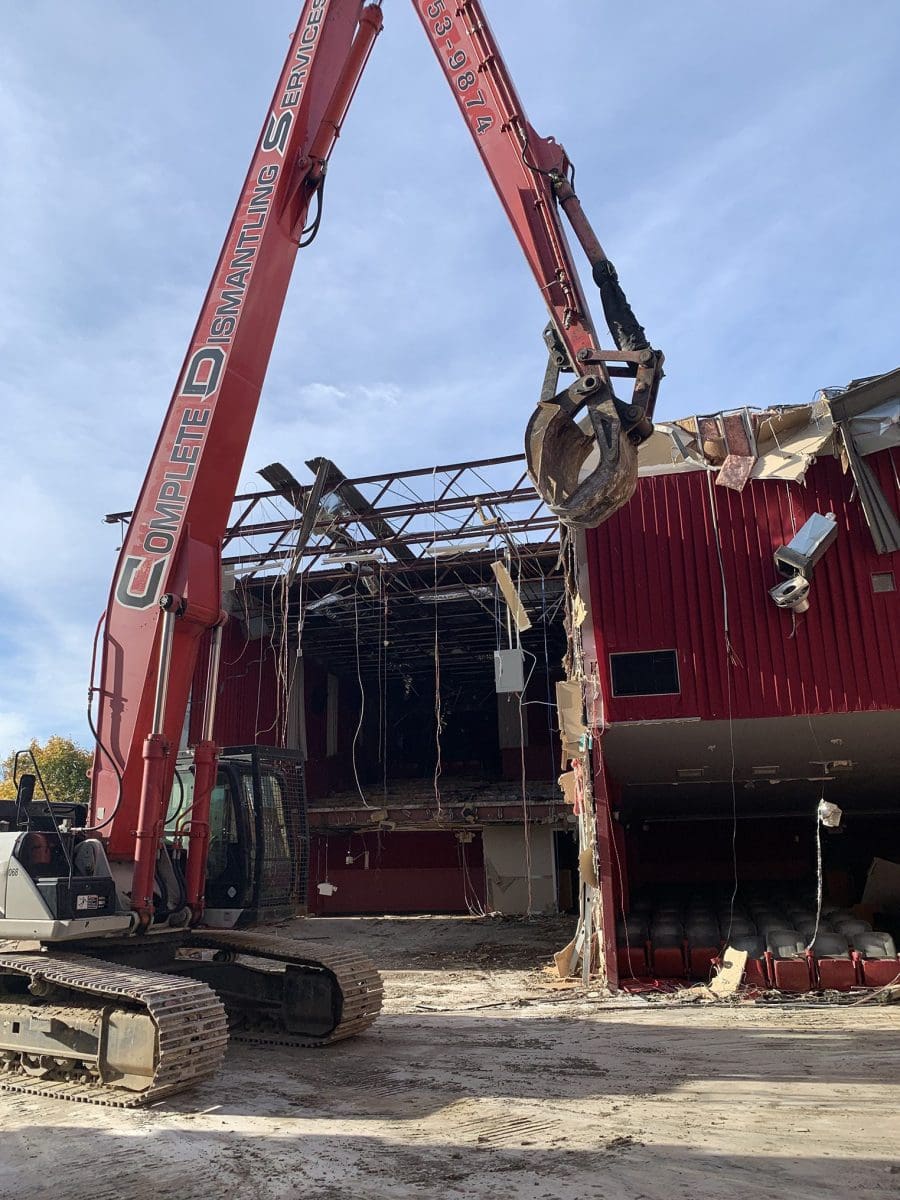 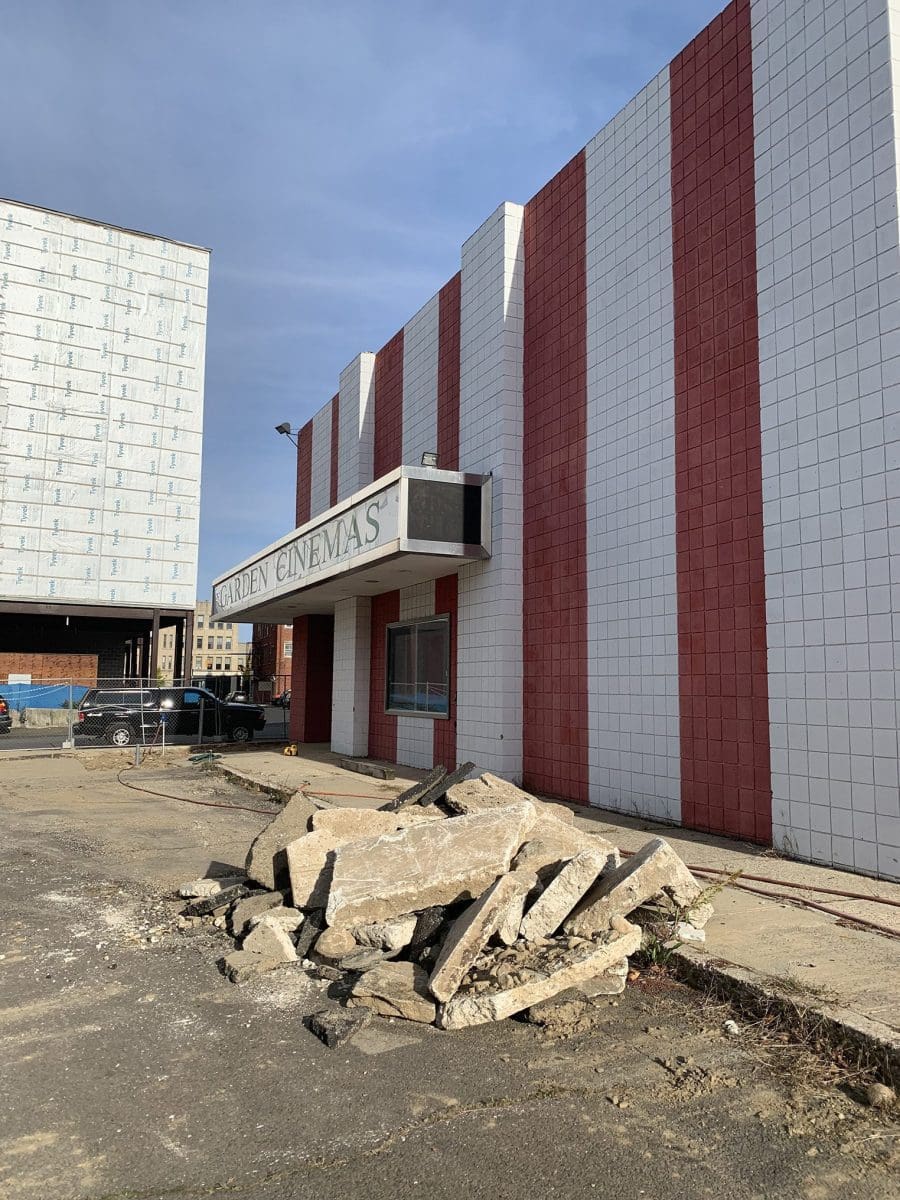 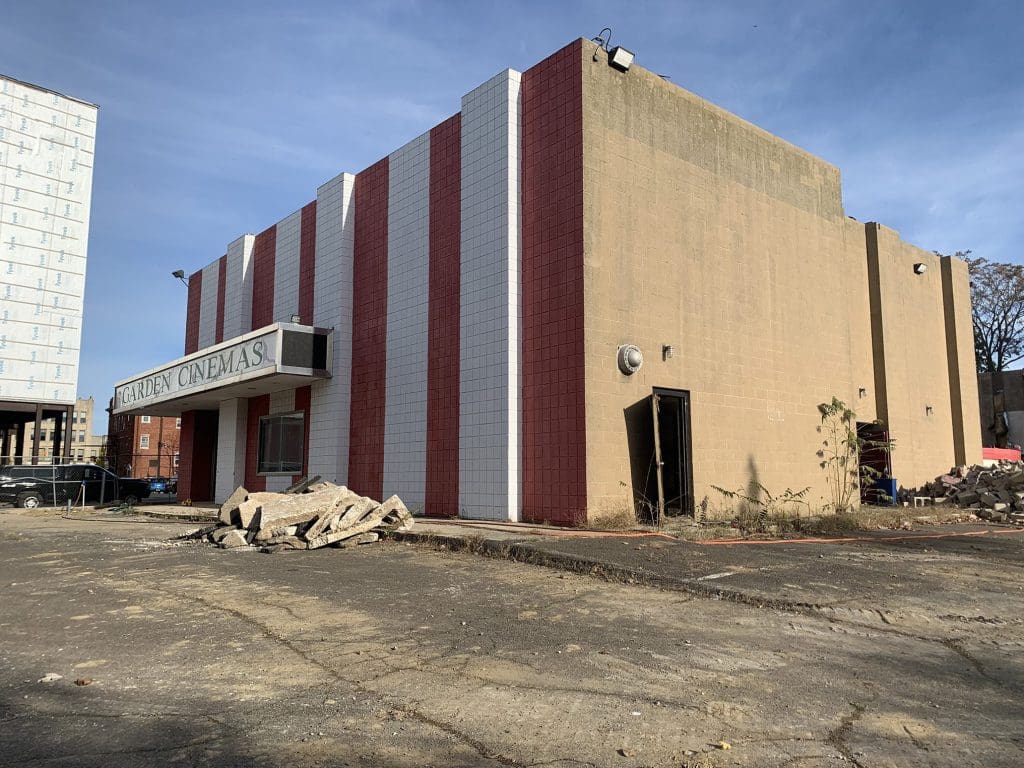