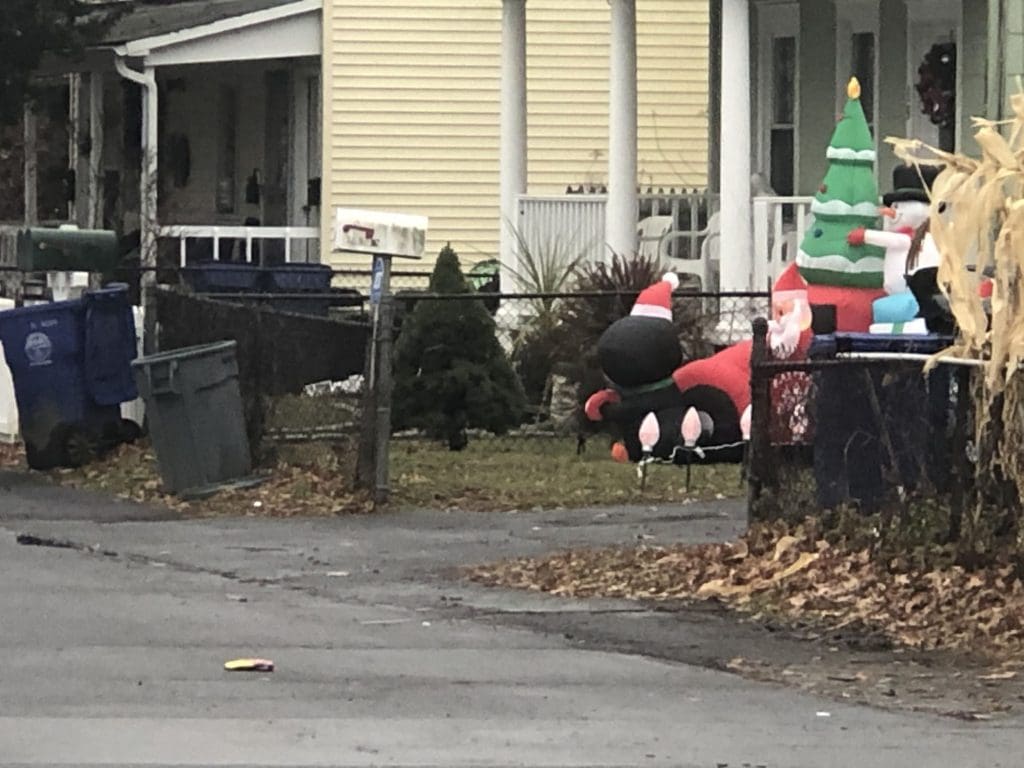 NORWALK, Conn. — James Page submitted these photos with the suggested headline, “We are glad you came, but you left a mess in our neighborhood.” 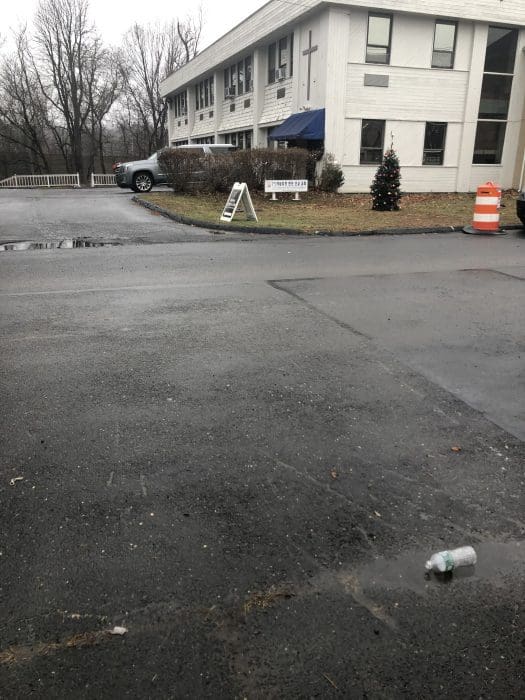 Blumhouse Productions came to Norwalk to shoot the movie starring Donald Sutherland and Jaeden Martell, its story adapted from a Steven King short story. The Lockwood Mathews Mansion Museum was used for a set and the film crew also ventured to Page’s area.

“The staff was rude and not friendly. Security was obnoxious. Unbelievable! Talking loud in front of residents’ homes all hours of the night,” Page wrote. “Some police were friendly, shy one who yelled to me ‘complain to the city, it’s their doing.’”

Page said some trees were cut down for the production.

“The city did not remove these trees and neither did the production company,” Norwalk Communications Director Josh Morgan said in an email. “It appears a private property owner removed the trees. We are looking into this to see if there has been a violation of city ordinance.” 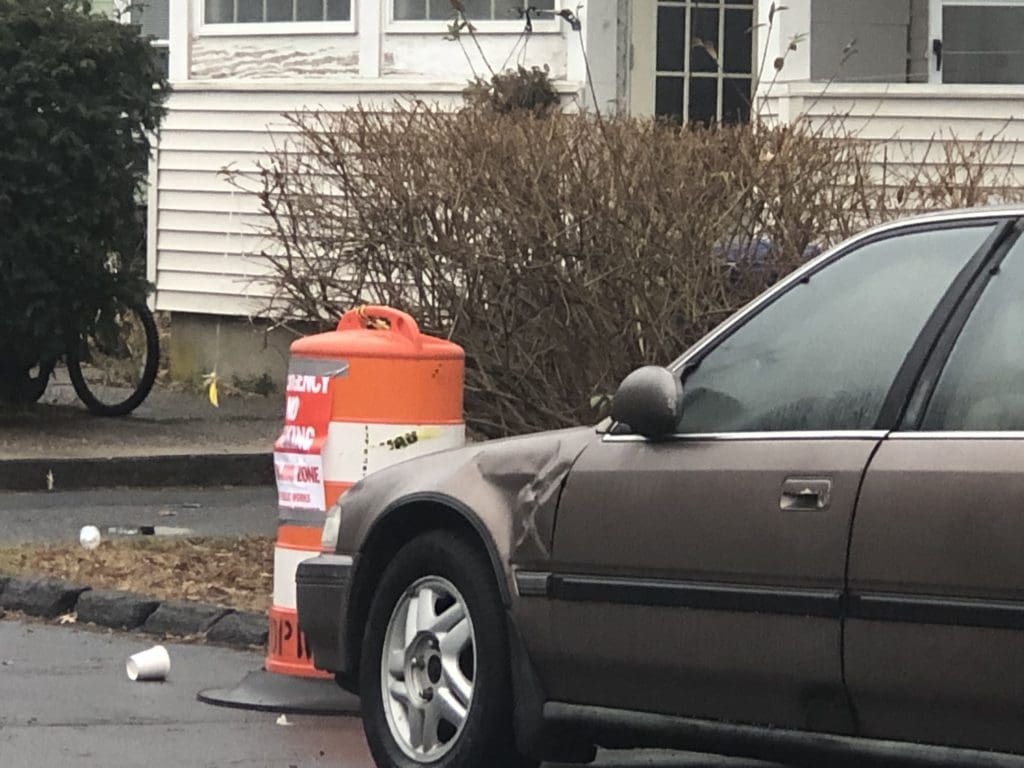 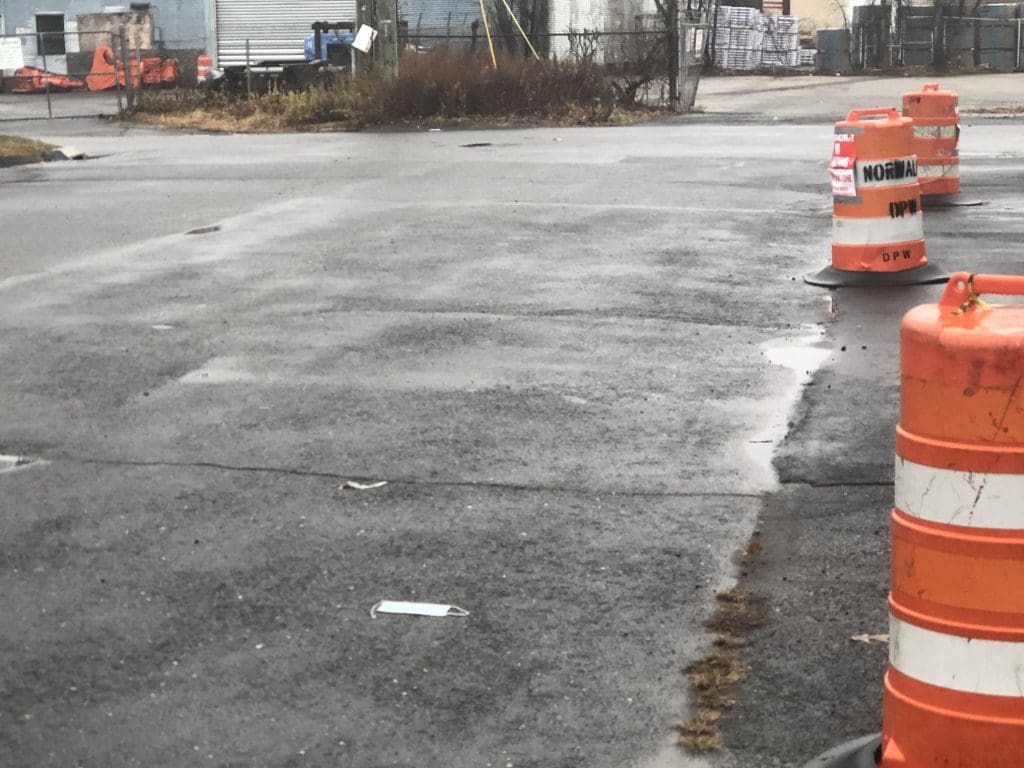 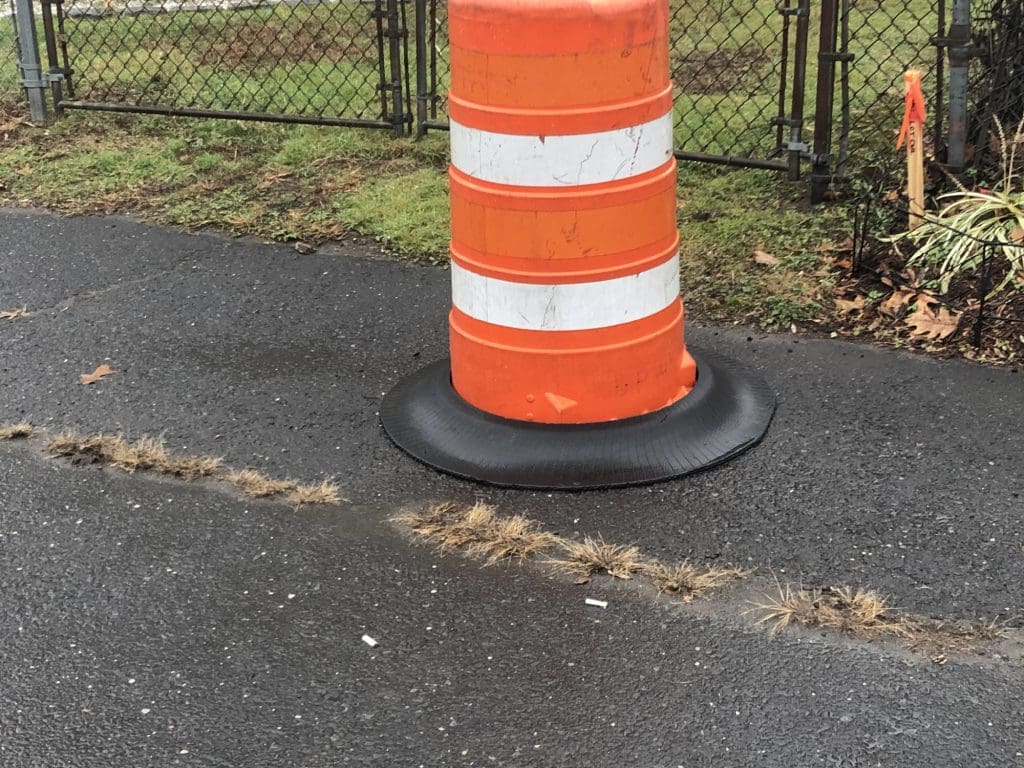 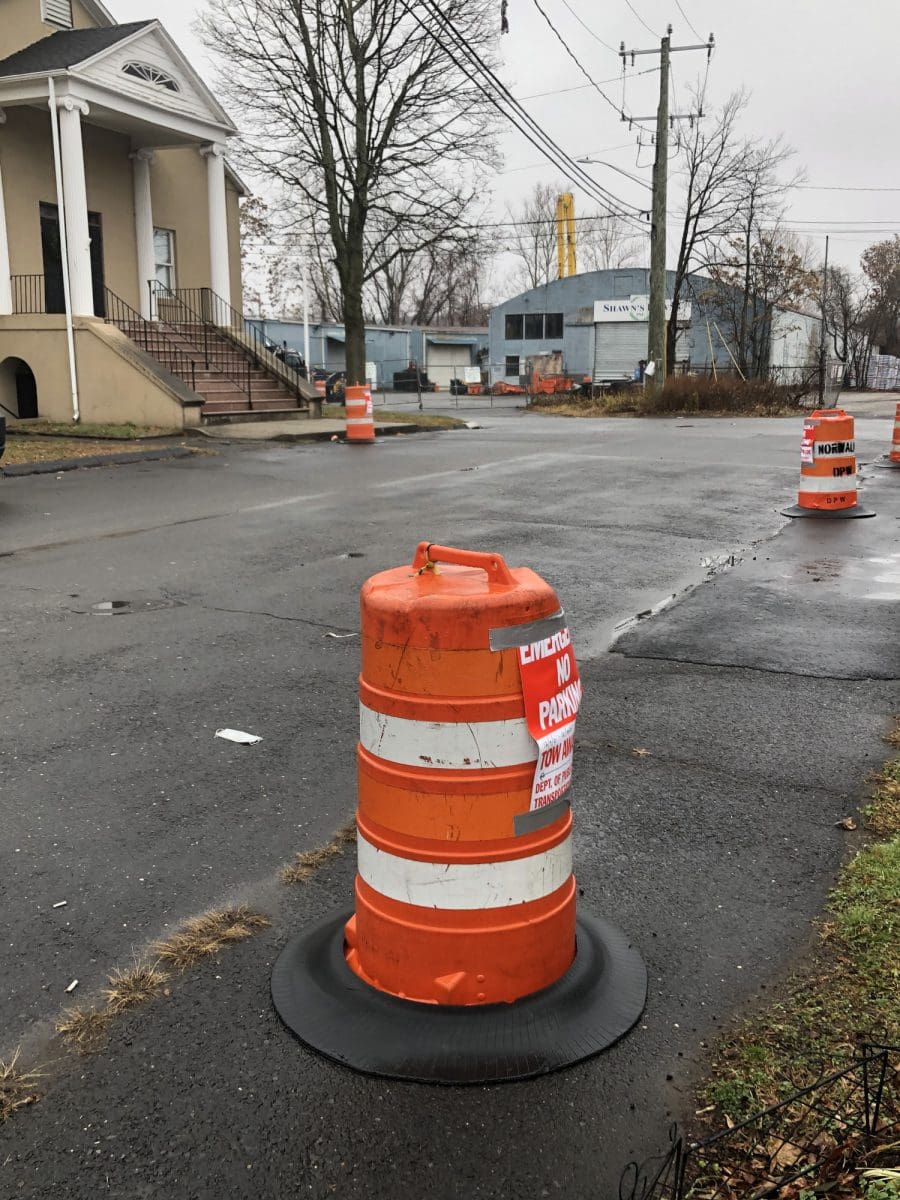 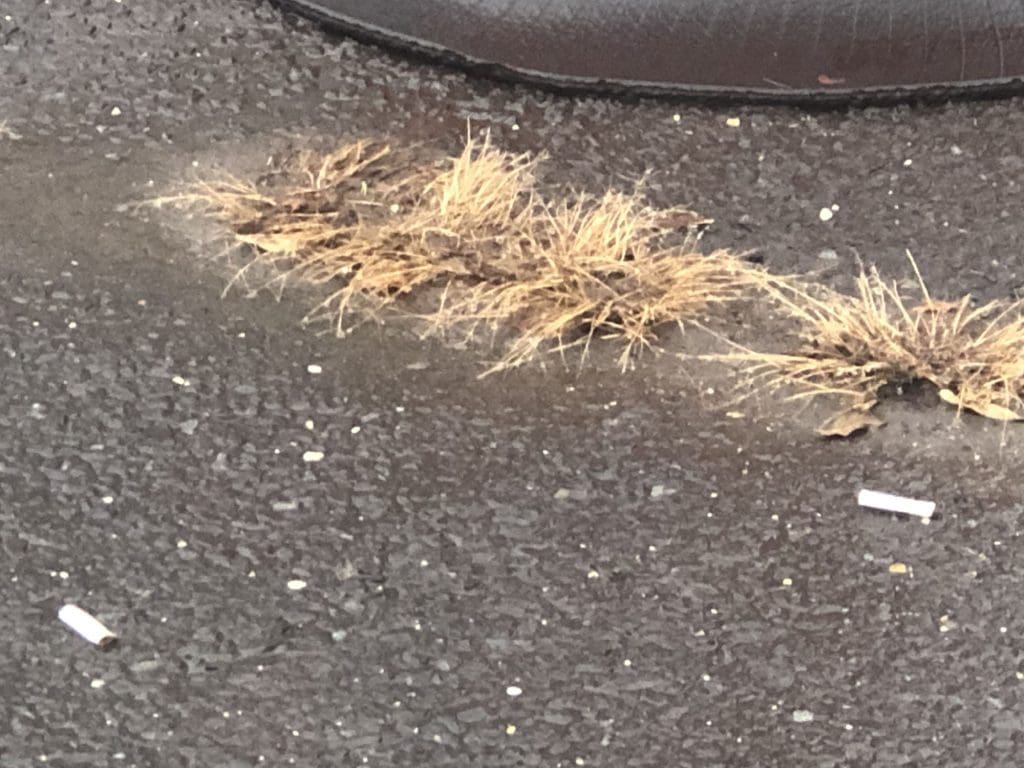 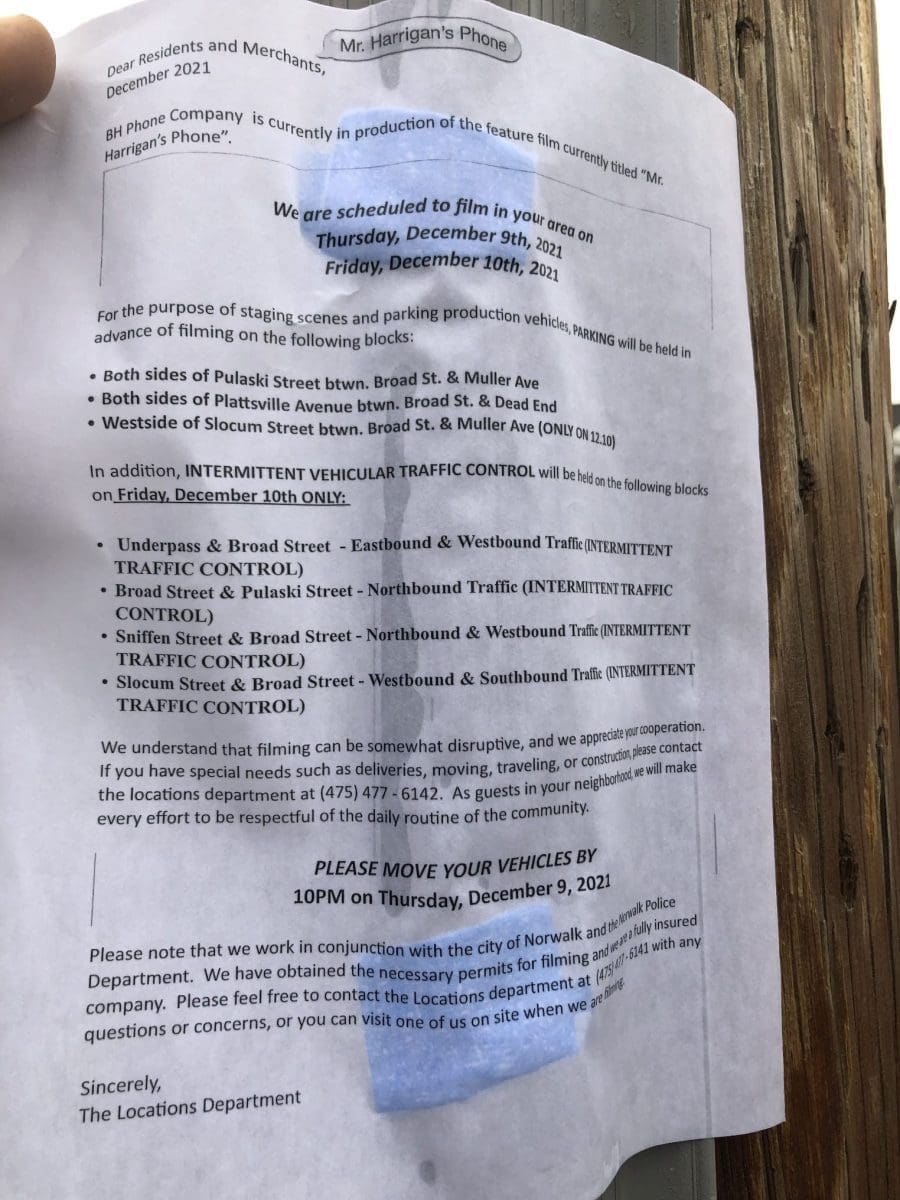 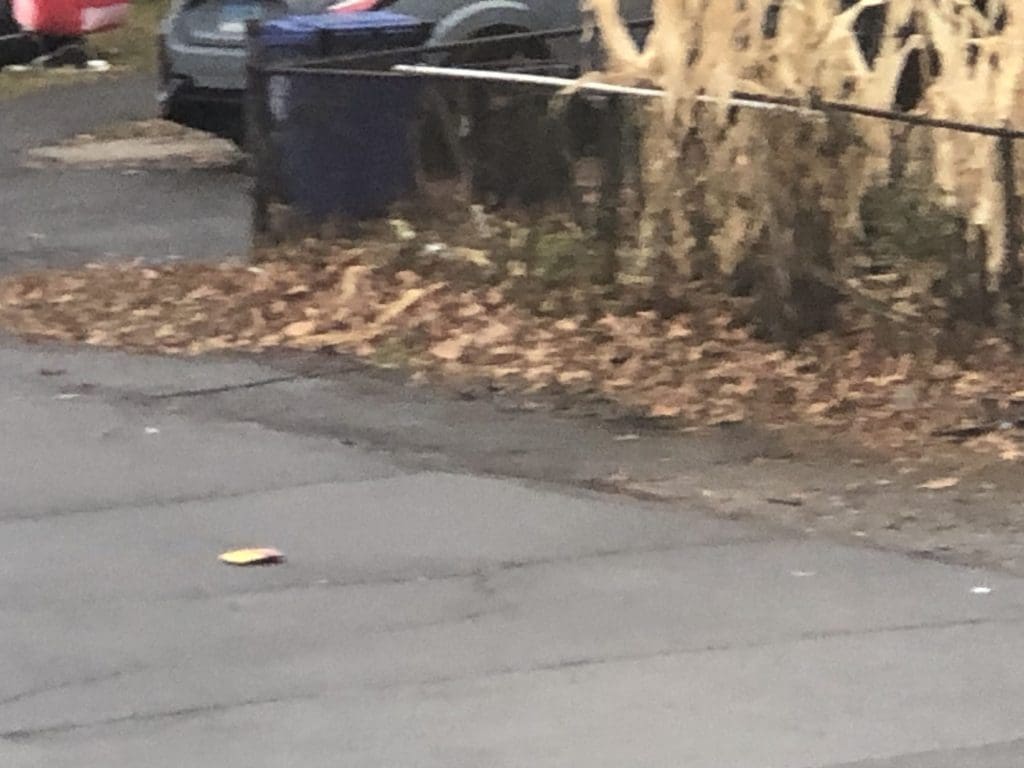 Oh for gosh sakes, we got a movie shot in our home town and the crew left a few cigarette butts and cups.

Very disrespectful! As adults they should learn how to take care of people’s property. Yes it’s an honor to have people choose Norwalk to film,however this behavior is Totally Unacceptable! Very sad. No Excuses.

Clean up your mess !

They were the opposite of this or Strictly Professional ALL Business when filming on Washington Street . . .

The photos suggest a remarkably tidy operation to me. (Especially given the numbers of folk working on the project.) That kind of ‘evidence’ of ‘mess’ can be found pretty much anywhere if you look hard enough.
I get that this experience was disruptive for all of us, it was also interesting and exciting to get glimpses of how the project operated.

I lived in this polish neighborhood from 1946 to 1986! It use to be nice,gardens, nicely kept properties etc. a few butts aren’t going to hurt this area! after the movie crew leaves take some pictures!! It’s a shame that people don’t care about their property!! Sad!!

I regularly puck up trash in my neighborhood, that film crew would fit
right in. Everyday I pick up masks , cigarette butts, coffee cups etc.
Litterbugs are everywhere!

This is appalling! As we all know, Norwalk is the cleanest city in the area, and there’s never trash out cigarettes butts around!

Mountain /mole hill. You must live a very spoiled life to be perturbed by what photos portray as a twenty minute clean up.
Are you that old man Scrooge who sits out front shouting “Get off my lawn!” to whom ever is vulnerable to being shocked by your mean spiritedness?

GOD BLESS US EVERYONE

Norwalk is the “cleanest city in the area”? Surely you jest. Every street in Norwalk looks like this. The cleanest place in Norwalk is the Transfer Station, and I am not kidding you. I am constantly picking garbage up off the street in my neighborhood, thrown there by people who live here. This is nothing. Give me a break, and clean it up! It’s YOUR neighborhood!