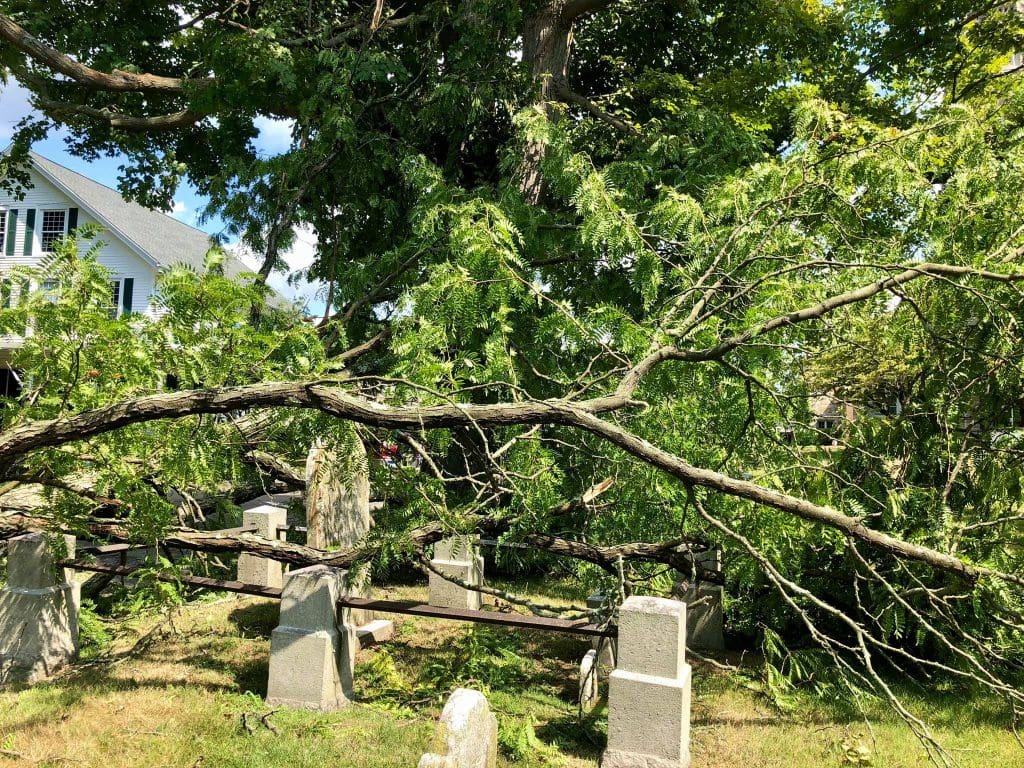 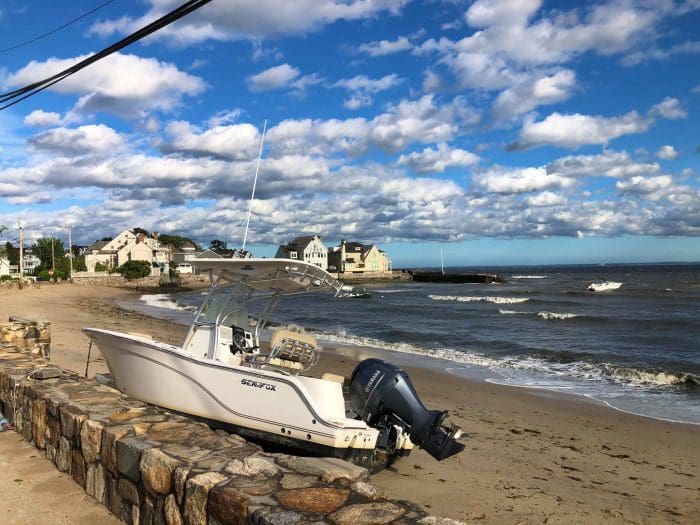 Mushak, a Planning Commissioner and President of Tuliptree Site Design, has been out and about, cleaning up after the storm, taking photos as he goes, documenting the “devastating widespread tree and utility damage in our area.”

The cemeteries were a natural stop as he and his husband, Redevelopment Agency Commissioner David Westmoreland, have been donating their time for 15 years to restore them, working with the City of Norwalk, the Norwalk Historical Society, Rowayton Historical Society, St Paul’s on the Green, and the Boy Scouts, he said.

Two gravestones “that we know of” were damaged “out of thousands, which will be assessed for potential repairs after the cleanup is done,” he wrote. “However, there was of course widespread tree damage including huge uprooted trees (several in Pine Island Cemetery next to Mathews Park, one in Mill Hill Cemetery on the corner of East Wall and East Ave, and one in our churchyard cemetery at St. Paul’s on the Green.)”

He continued, “Somehow the trees seemed to know to fall the right way to avoid the stones, like a miracle actually! (We were imagining the spirits all rising to push the trees to fall in the perfect spots to save the eternal resting places of their former embodied selves.)”

“We examined the craters left by the uprooted trunks from this latest storm and didn’t see any evidence of disturbed remains, which does happen sometimes. Read on.

“After Hurricane Sandy in 2012 a toppled tree at Pine Island brought up a pair of leather shoes belonging to a Mr. John Byxbee who died and was buried in 1842. The leather was preserved because it was “tanned” with oak bark which was a big industry in CT in the 19th century, along with shoemaking. A Norwalk archaeologist and friend (Holly Cuzzone) documented them, cleaned and repaired them with appropriate techniques, and put them in a bag with a note about what happened, before we had the Boy Scouts rebury them at Mr. Byxbee’s grave while they were doing storm repairs and restoration on the cemetery as part of an Eagle Scout project.

“We gathered a crowd at that graveside event in October of 2012, and all present could feel Mr. Byxbee’s joyful spirit as his remains were being reunited with his shoes. It was quite an emotional and memorable experience for all of us!” 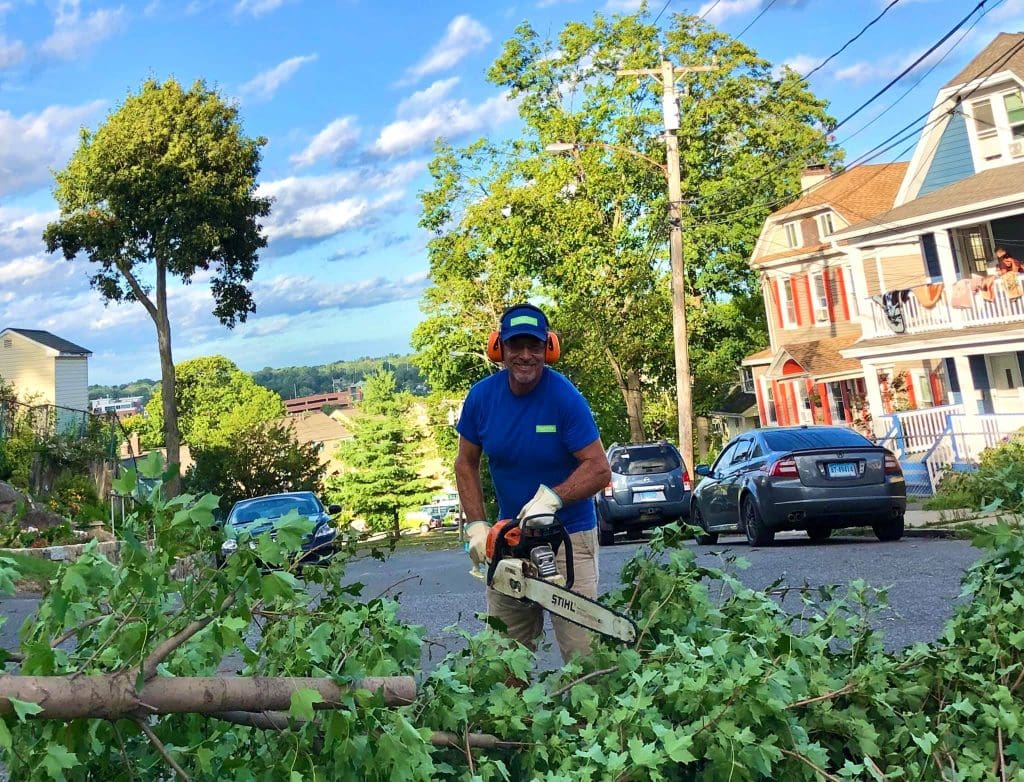 Mike Mushak gets to work. (Contributed) 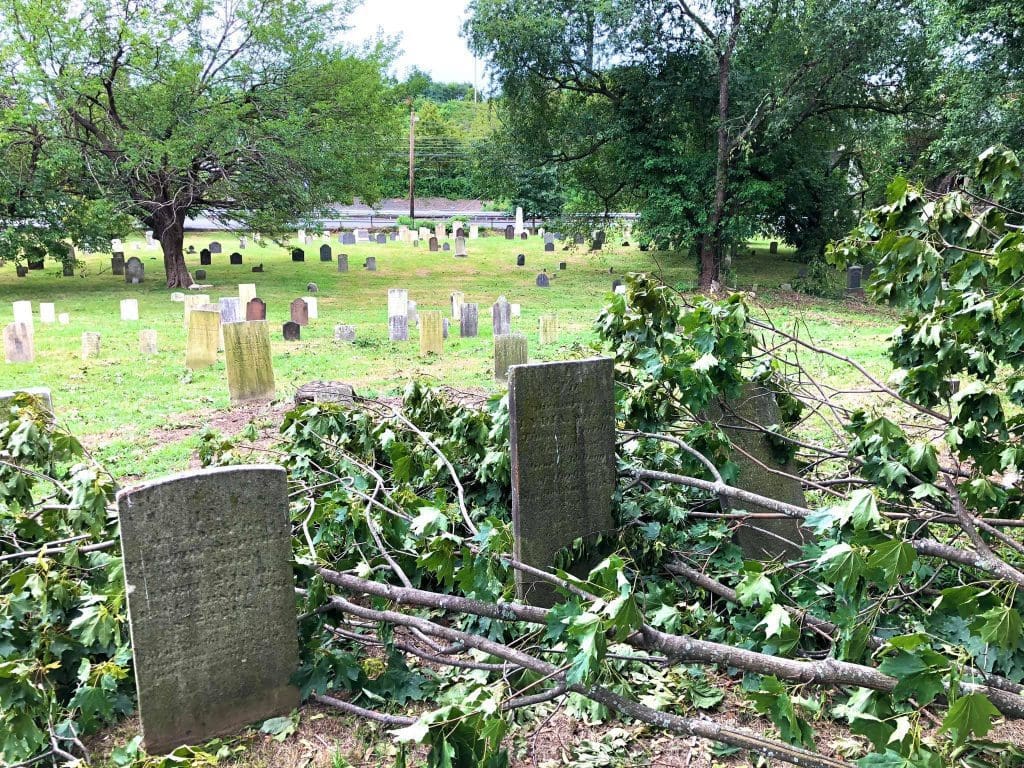 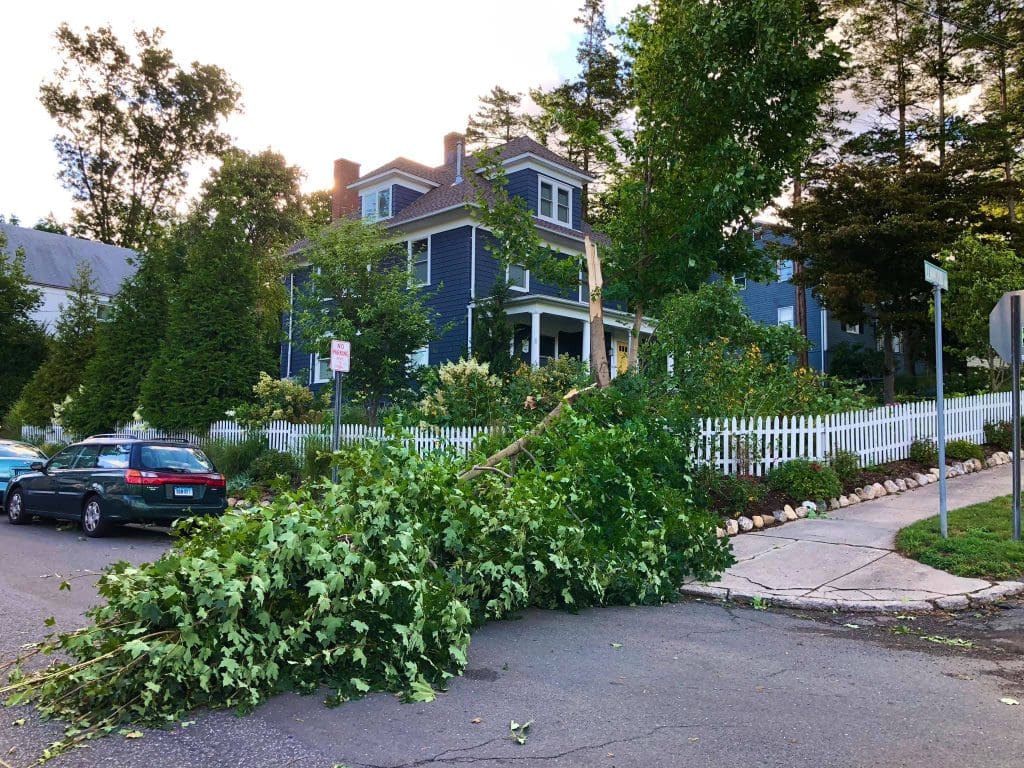 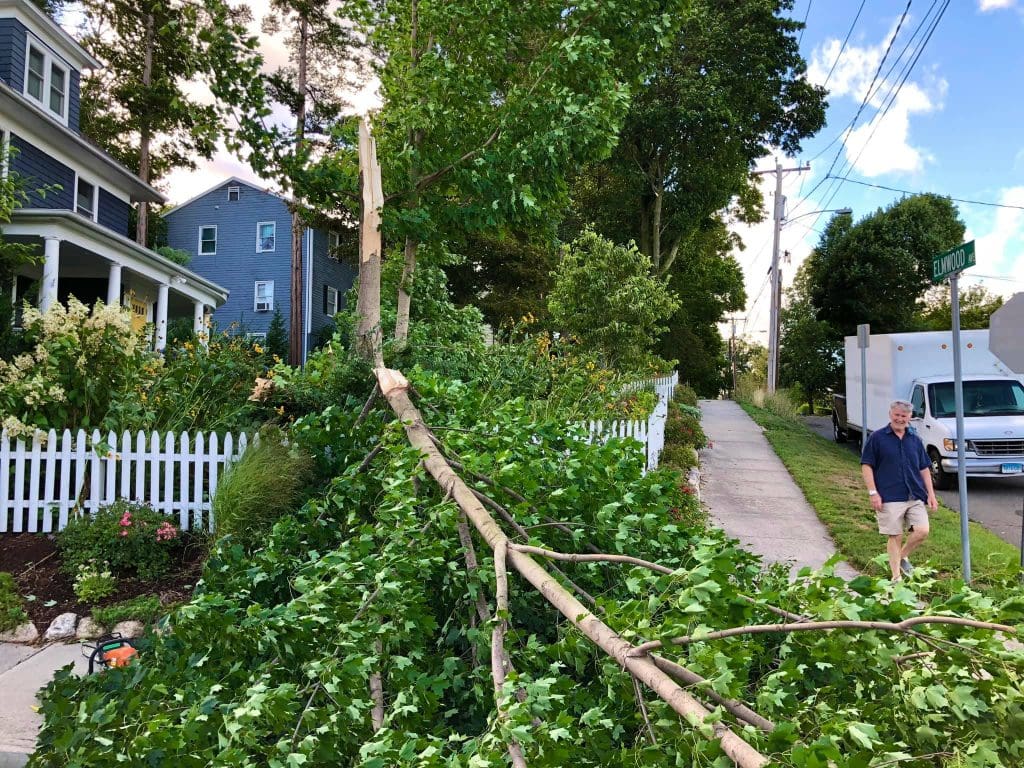 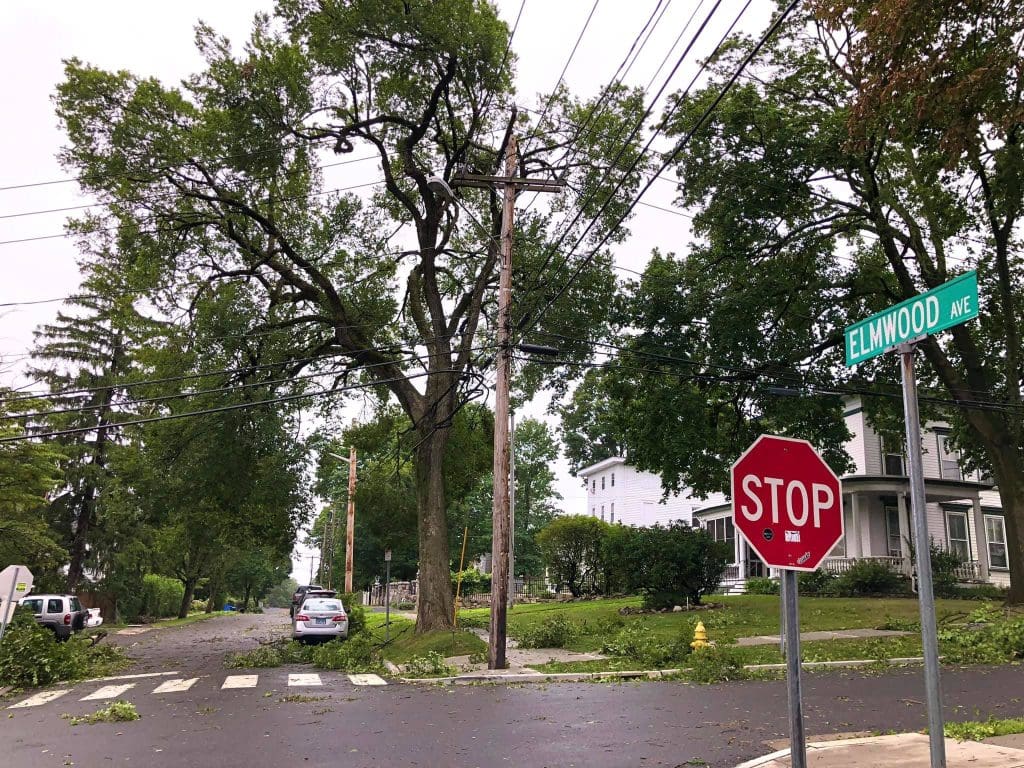 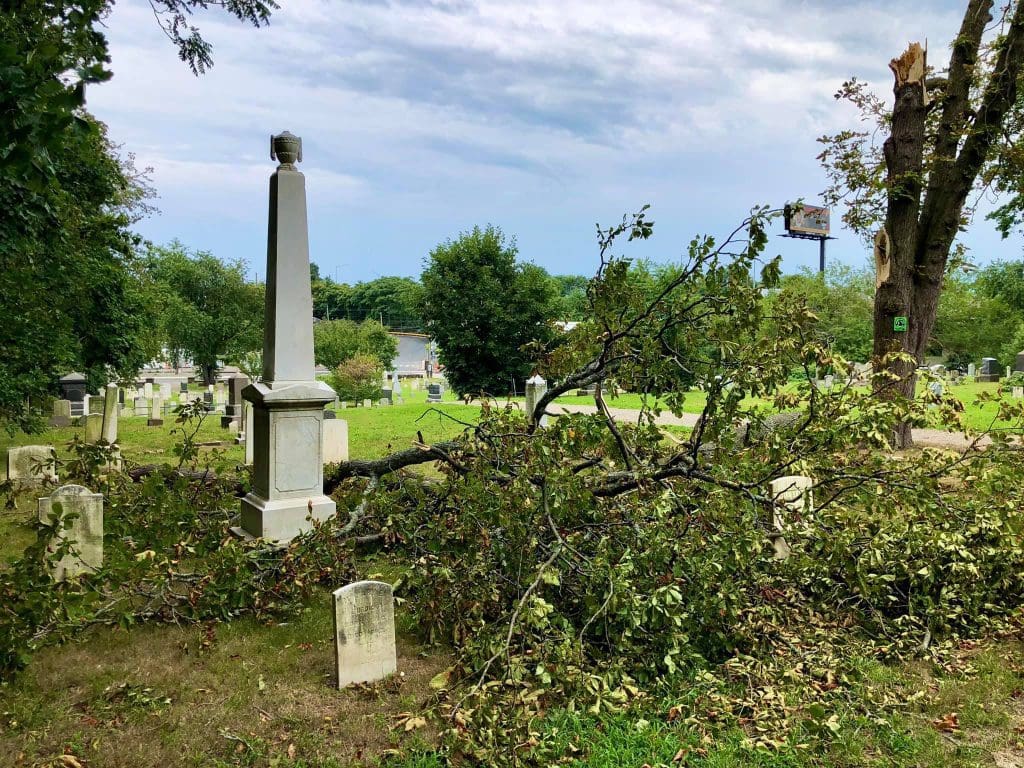 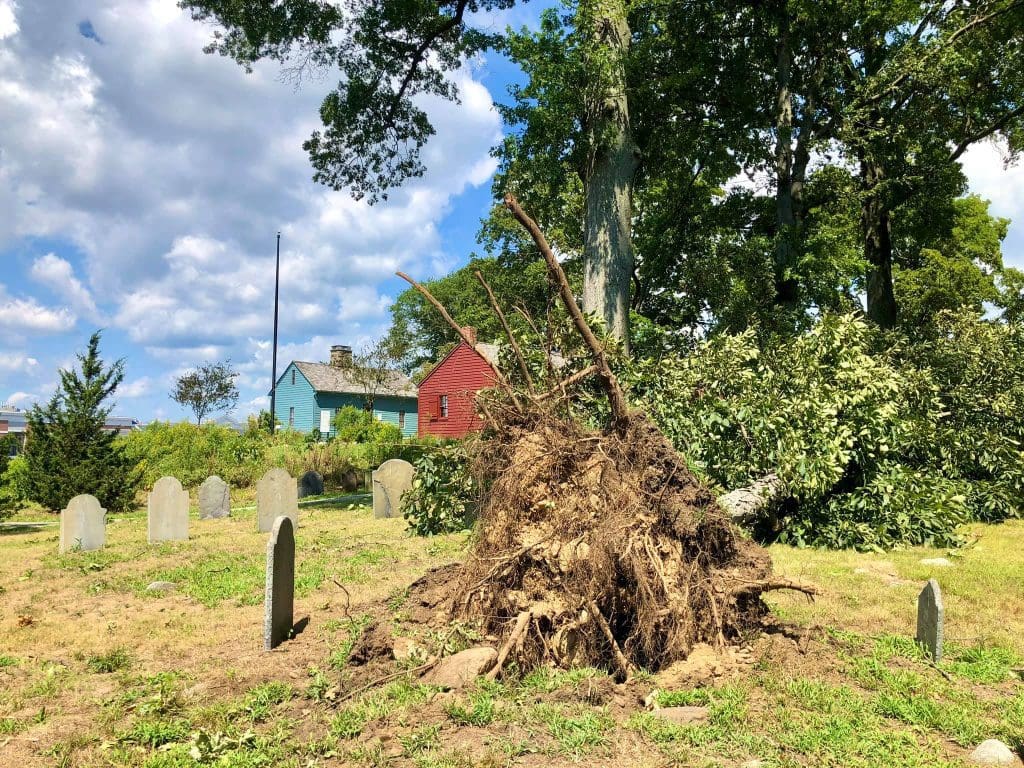 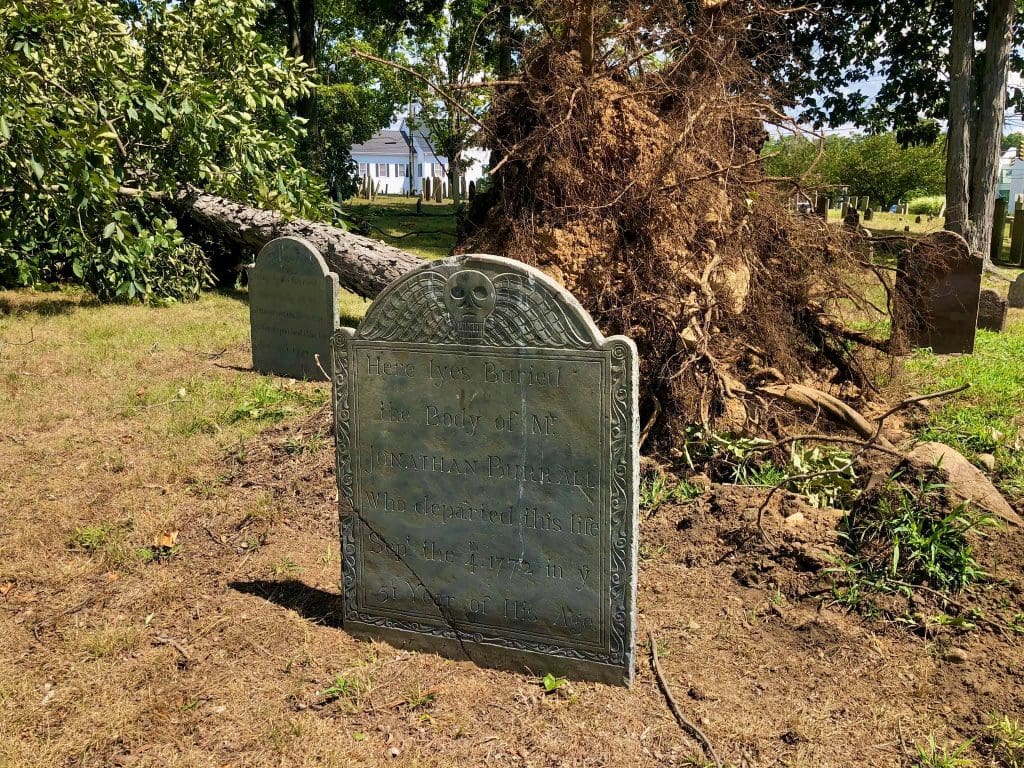 Excellent work. Thank you. And thank you again.

Mike and David have tirelessly given of their time and talent, for many years, to the City of Norwalk and its citizenry…Thank you.

Thank you Fran and Bruce for the kind words, and thank you Nancy for writing an unexpected feature article when I thought you just wanted permission to use my photos!

It was a nice surprise, especially for highlighting the important historic city-owned cemeteries of Mill Hill and Pine Island founded in the early 1700’s, which I might add are great places to visit and stroll through and enjoy learning about our history through the educational signage. Our goal years ago was to make these city-owned historic assets into outdoor museums, which they are when you think of them as perfect combinations of art and history with great stories to tell about our shared cultural history. Enjoy.

The other two city-owned cemeteries which are much smaller than Mill Hill and Pine Island but also have been renovated in recent years (and have educational signage now) are Comstock-Kellogg on the corner of Ponus and Nursery, and Brookside on Rowayton Ave.

It’s important to note that the awesome East Norwalk Cemetery is the city’s oldest burying ground and is well-maintained by its owner, the Third Taxing District, not the City of Norwalk. And also well worth a visit!

David Westmoreland and I want to thank all the volunteers who showed up Saturday morning (8/8/20) to help clean up Pine Island Cemetery and Mill Hill Cemetery of fallen branches and trees from the tropical storm earlier this week. This helped the parks crews immensely who are overwhelmed by the amount of tree damage to our parks and school grounds after the storm.

The park workers also maintain our public cemeteries, but obviously the top priority after major storms like this is cleaning up our school grounds and parks. And besides the cemetery inhabitants really don’t complain much! The city crews can now drive up and chip all the branches immediately instead of having to spend time cutting them up and dragging them to the roads where the chippers can fit.

About 20 or so dedicated folks showed up on this hot muggy morning and rolled up their sleeves and got both cemeteries mostly cleaned up, included commission members (and their family members) of the Norwalk Historic Commission, board members of the Norwalk Historical Society, members of the Golden Hill Association, Mayor Rilling and his wife Lucia, and Norwalk Chief of Staff Laiose King and her husband Chuck.

Thanks for pitching in and helping to clean up.

It’s worth pointing out that the Kellogg-Comstock cemetery almost certainly would have sustained serious damage had the Historical Commission not been proactive in removing a number of threatening trees in recent years. Thanks to the Commission, David and Mike for your ongoing stewardship of these properties!