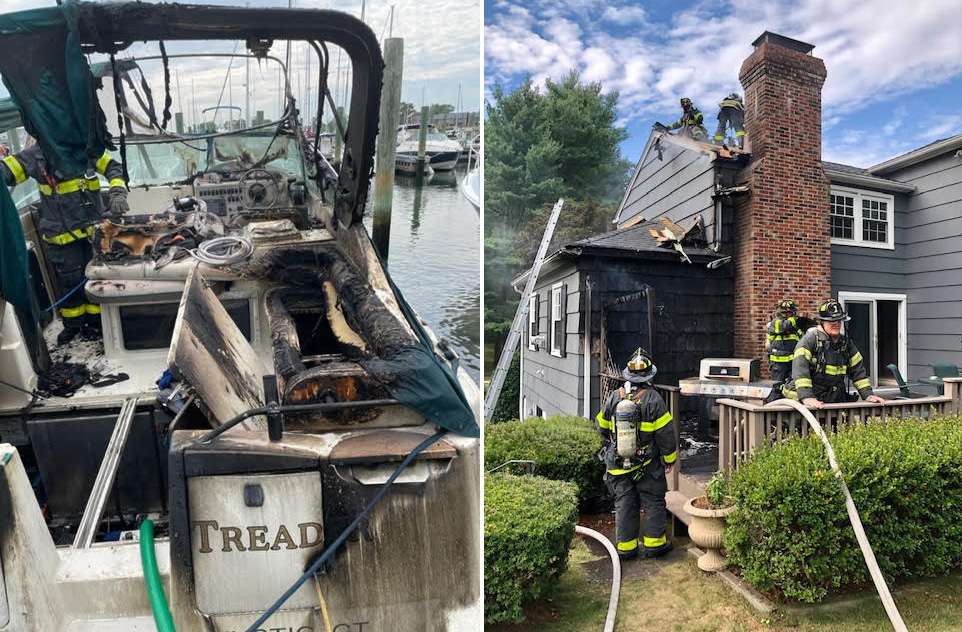 A 911 call at 3:10 p.m. led firefighters to Cove Marina at 48 Calf Pasture Beach Road, where Engine 3 found the rear of a 30-foot cabin cruiser heavily ablaze. “An attack line was stretched and fire was extinguished and overhauled. E2 laid a 5” supply line from a hydrant on Beach rd.,” Deputy Chief Michael McCallum wrote. 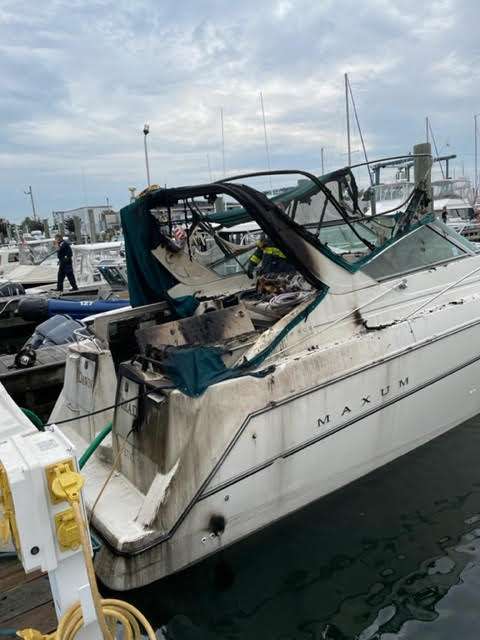 One man was burned in the fire, which began in the boat’s engine compartment. Emergency Medical Services (EMS) handled his care and transport, McCallum said.

The fire was placed under control 12 minutes after firefighters arrived, he said. Two engine companies and a command car responded with 10 personnel. Norwalk Police assisted with cleaning up the water and marina staff towed the boat out of the water. Fire Inspector Luca Feola remained on scene for the origin and cause investigation.

At 4:47 p.m., firefighters were dispatched to 33 Morehouse Lane, McCallum said. When they arrived, fire was showing from the rear deck and siding and smoke was pushing from the eves of the 2.5 story structure. The fire was brought under control in 26 minutes.

The assignment was held to a first alarm with three engines, two trucks, one rescue unit and a command car responding, according to McCallum, who said, “Norwalk Police did an excellent job with traffic and crowd control.”

Fire inspector David Burrows is investigating the cause of the fire. 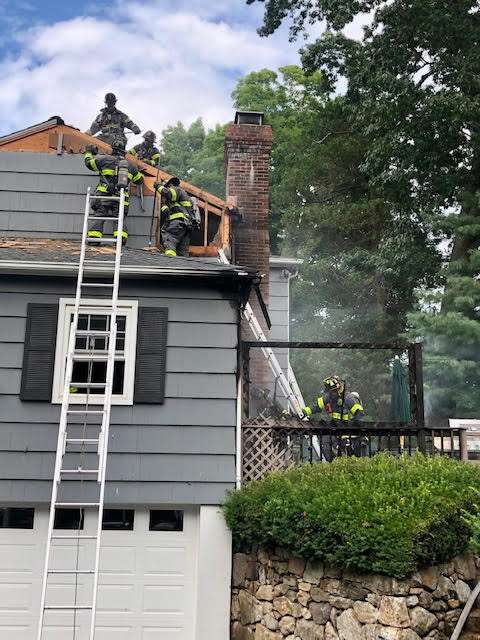 FYI…… There was no traffic or crowd control at all by any Norwalk Police at Morehouse Lane.

I think we need to get a decent fireboat