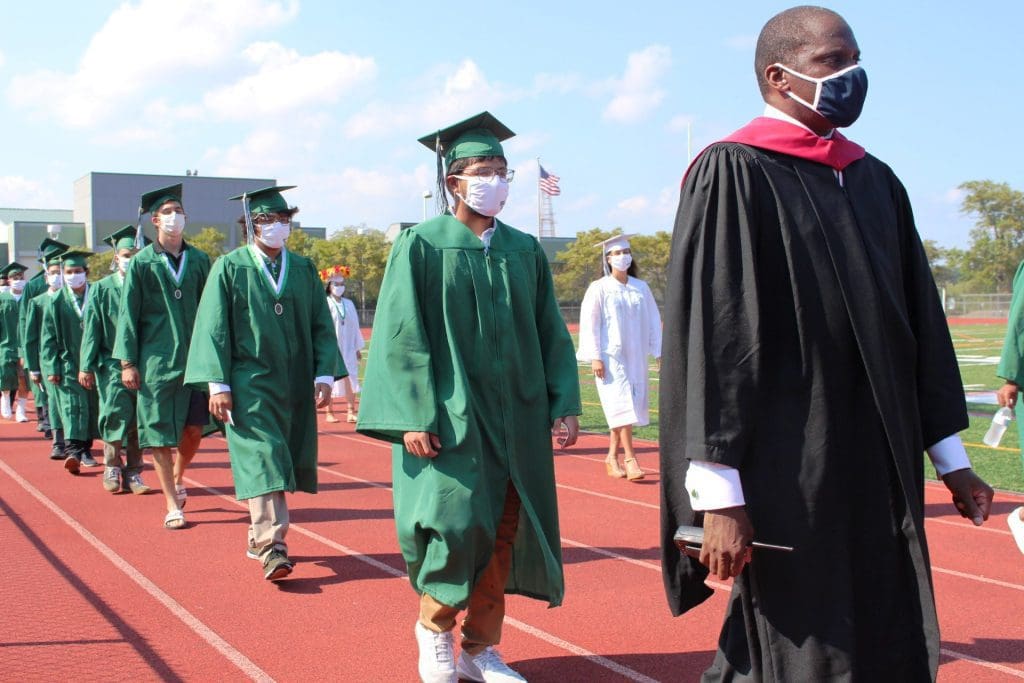 Norwalk High School Principal Reginald Roberts leads a procession of students into the school’s stadium to a recording of Sir Edward Elgar’s “Pomp and Circumstance.”

Norwalk high school graduations were originally planned to be held at Calf Pasture Beach, then moved to the school facilities due to COVID-19 concerns. Then Tropical Storm Isais postponed some of the ceremonies again. Norwalk High School held four small half-hour ceremonies on Monday Aug. 3, before the storm rolled in, and the other four ceremonies were moved to Tuesday.

Brien McMahon High School has also held some graduation ceremonies and is scheduled to finish up Wednesday. 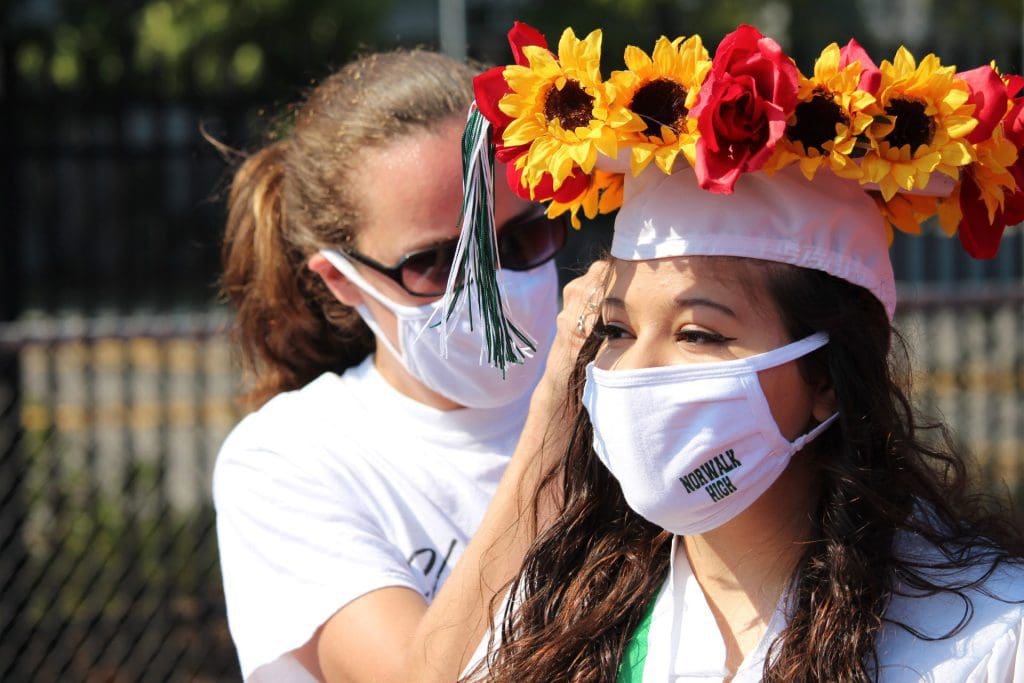 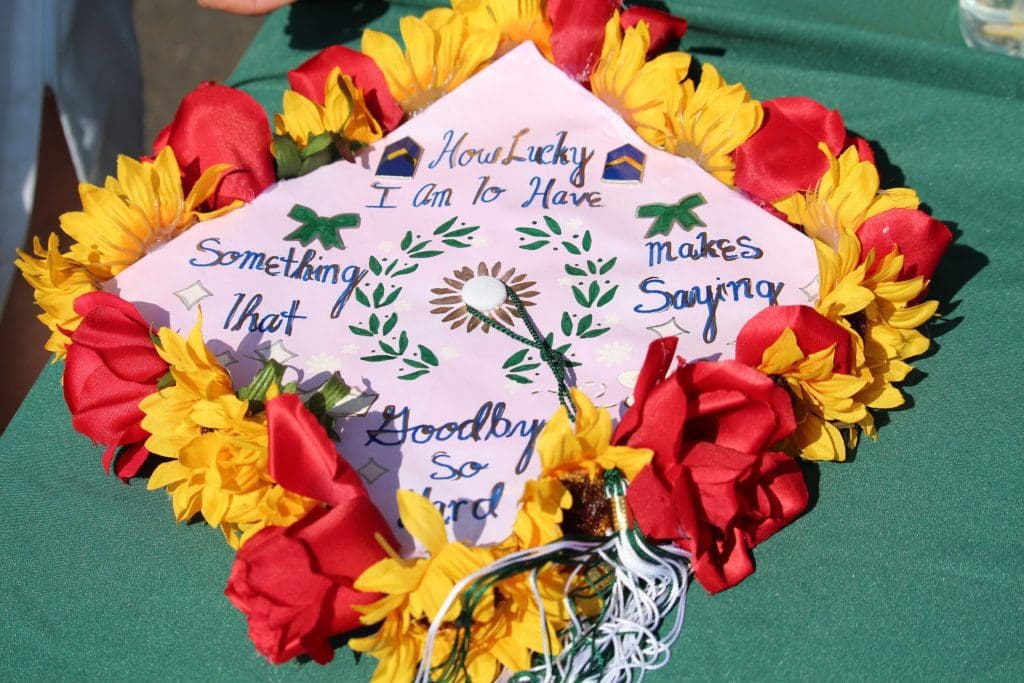 Aryanna Goodwin decorated her hat with sunflowers, roses, and a message reading “How lucky I am to have something that makes saying goodbye so hard.” She chose sunflowers because they represent happiness, and roses because they represent maturity, and said she will miss teachers, cheerleading, and ROTC, she said. Goodwin will continue her studies at Norwalk Community College. (Bob Welsh) 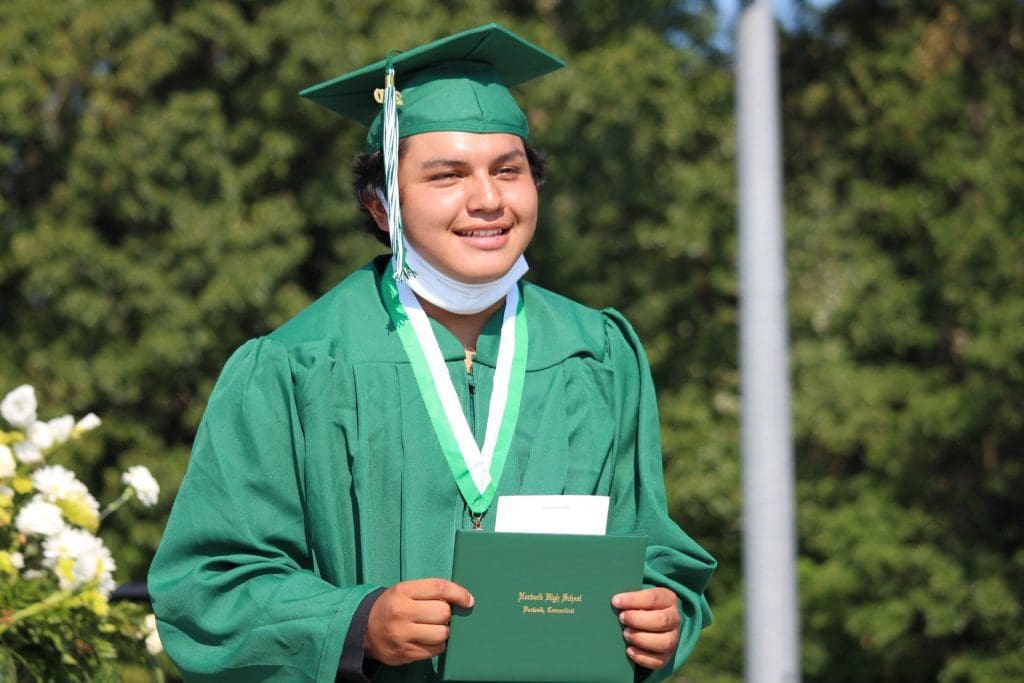 Kevin Cartajena poses for an official photograph after receiving his Norwalk High School diploma. Students were permitted to briefly lower their masks for a photo, which included Roberts standing at a distance. (Bob Welsh) 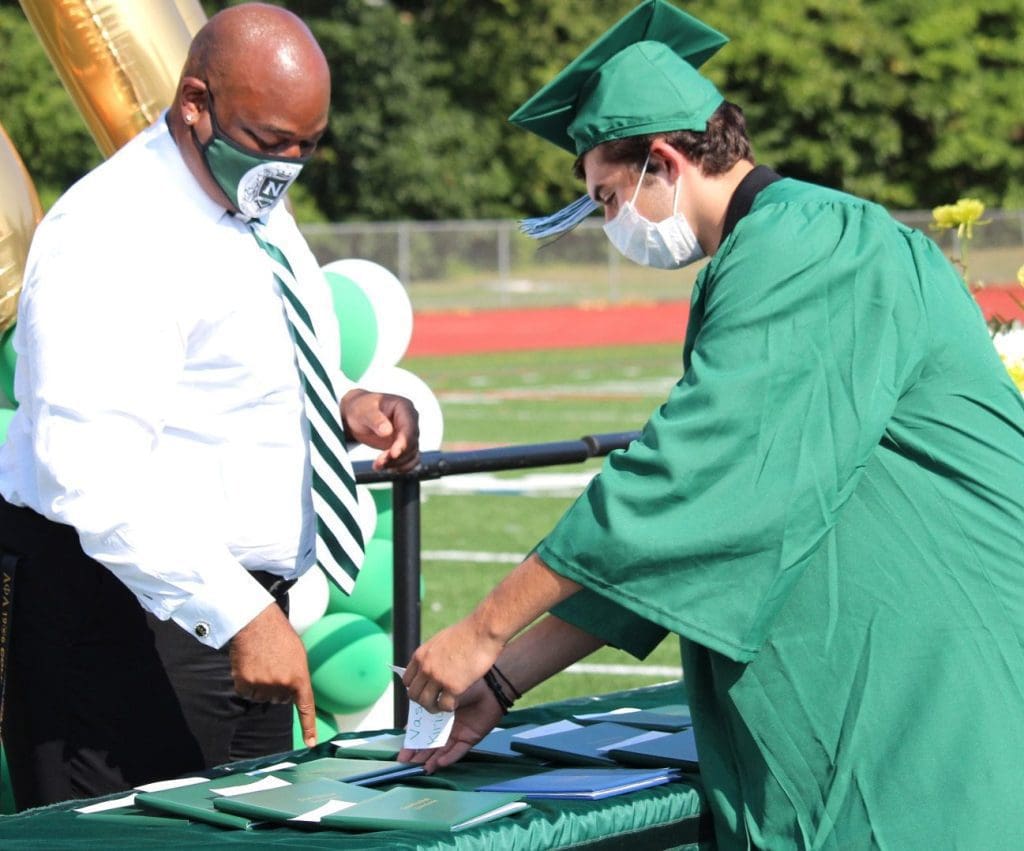 Assistant Principal Ed Singleton points Vasili Kiriazidis to his diploma Tuesday. Due to the pandemic, students picked up their diplomas from a table, rather than receiving the diploma and a handshake from a school official. (Bob Welsh) 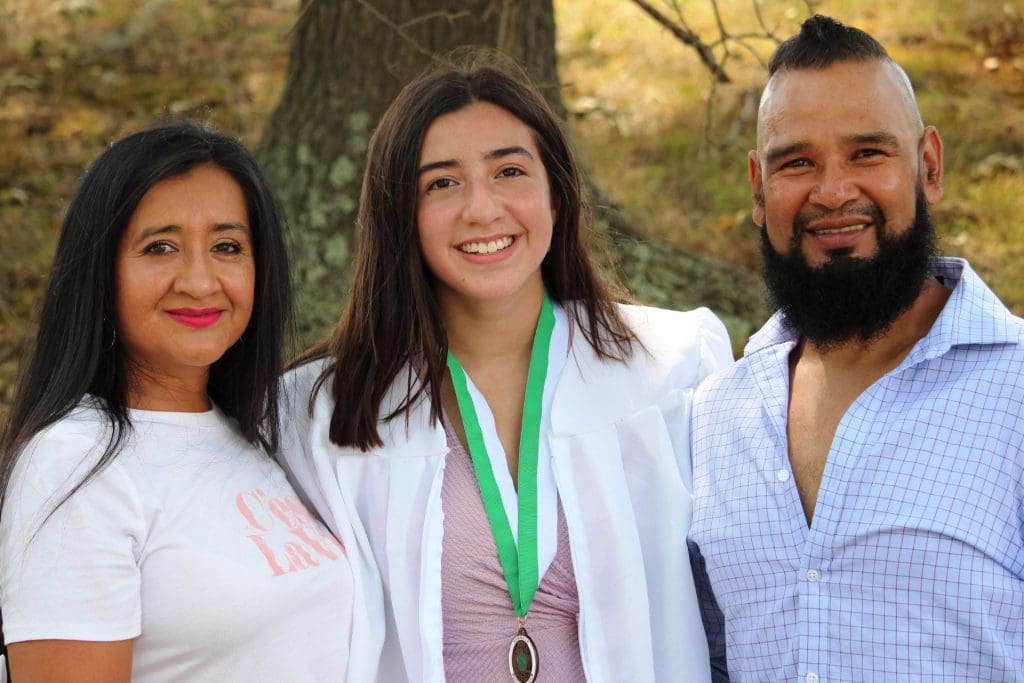 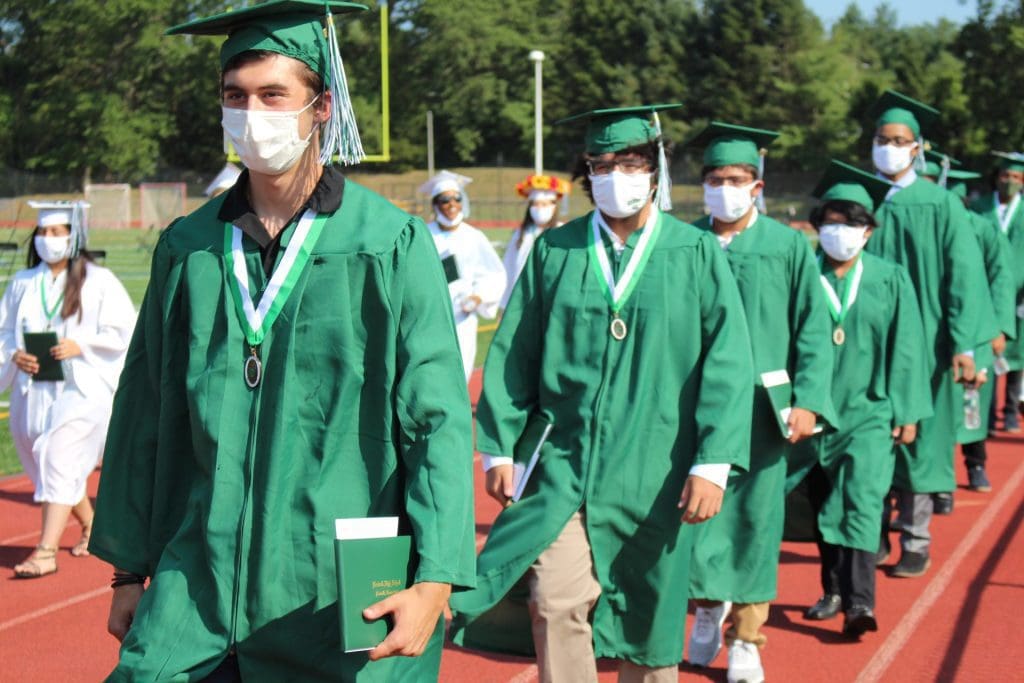 Vasili Kiriazidis and other Norwalk High School graduates process out of the school’s football stadium Tuesday. Kiriazidis will attend a trade school in the fall. (Bob Welsh) 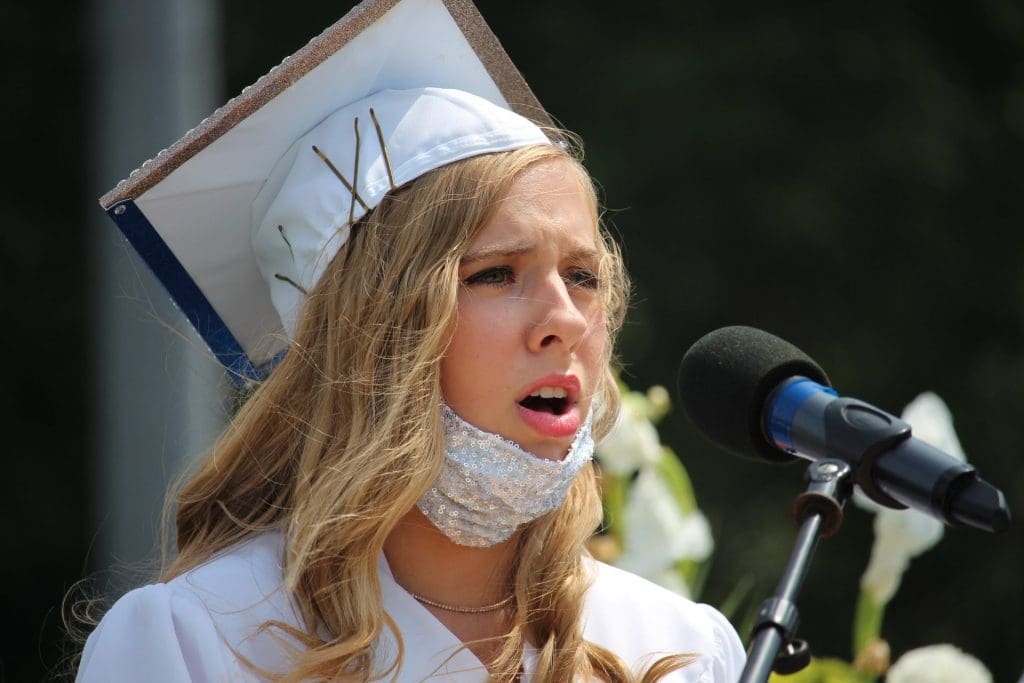 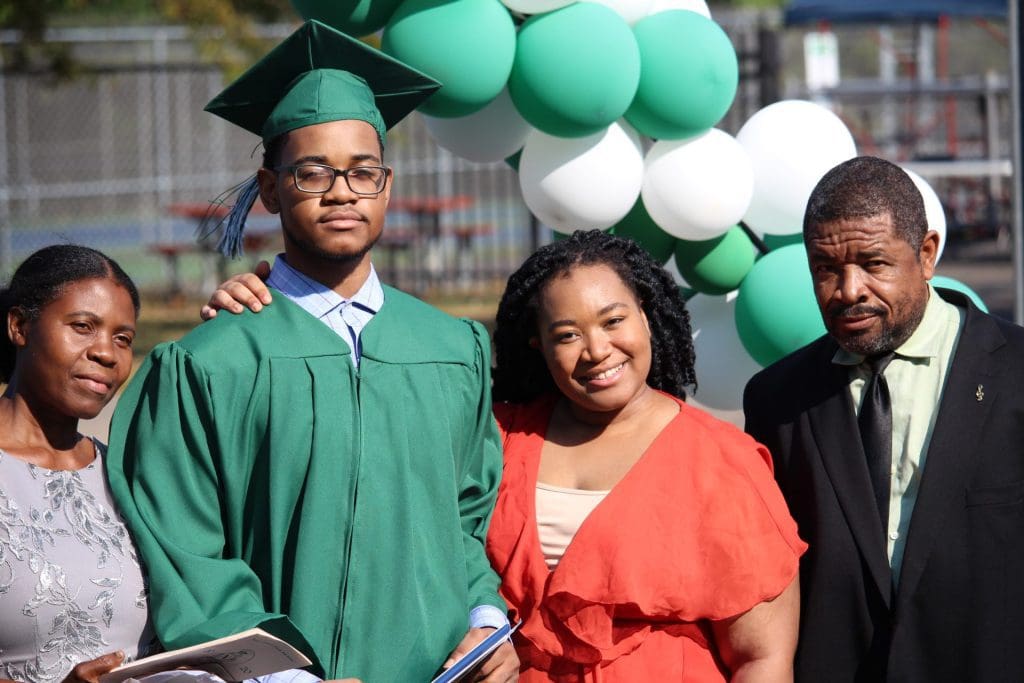 Alouce, Micael, Esther, and Pierre Elizer following a Norwalk High School graduation ceremony Tuesday. Micael Elizer is a P-Tech student who will receive an associate’s degree after one year of additional study at Norwalk Community College. His sister, Esther, said that she felt “kind of sad” that her brother did not have a large graduation ceremony as she did five years ago. (Bob Welsh) 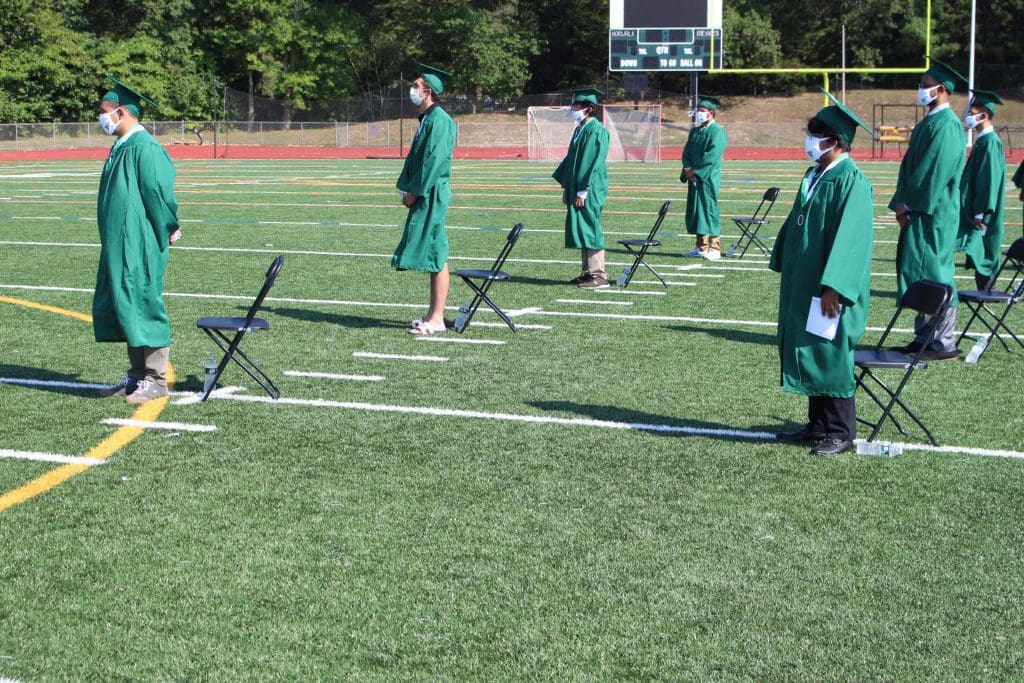 Graduating Norwalk High School seniors stand for the national anthem at one of five ceremonies held Tuesday. Students and audience members maintained six feet of distance between themselves and others not in their family. (Bob Welsh) 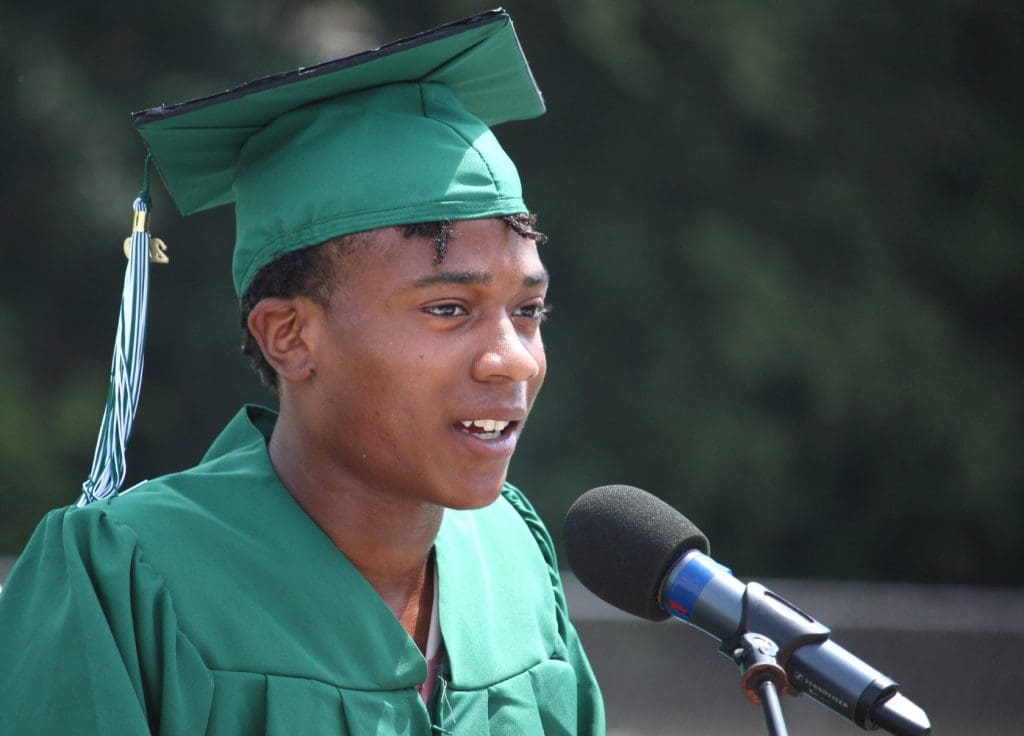 The class of 2020 “adapted to a global pandemic with grace and humility,” Class President Jamal Boyd said during brief remarks at graduation ceremonies Tuesday. (Bob Welsh) 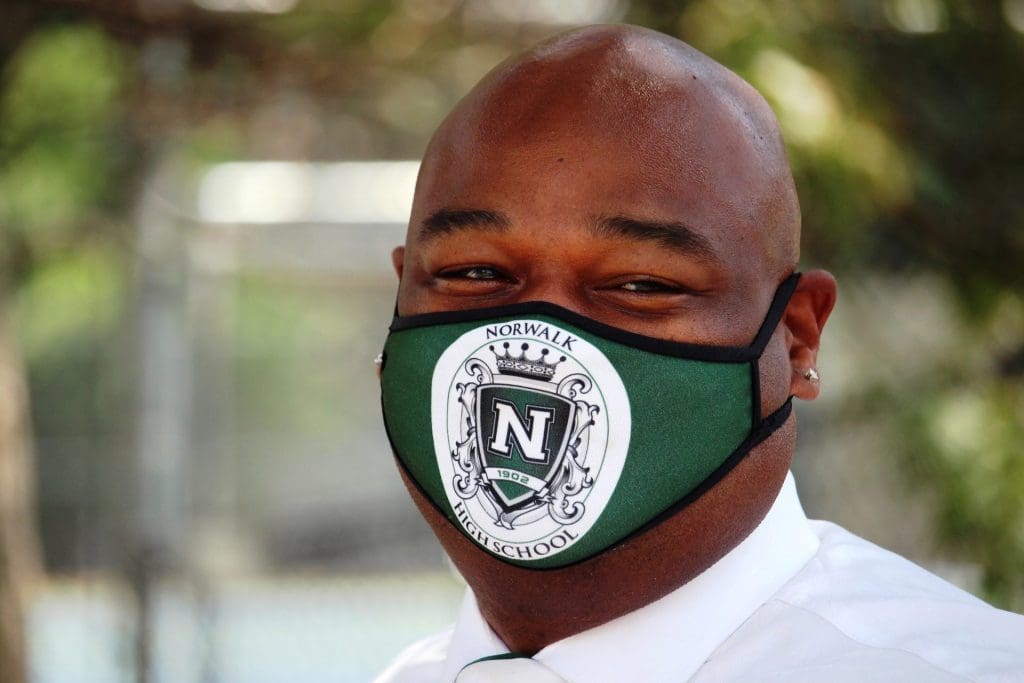 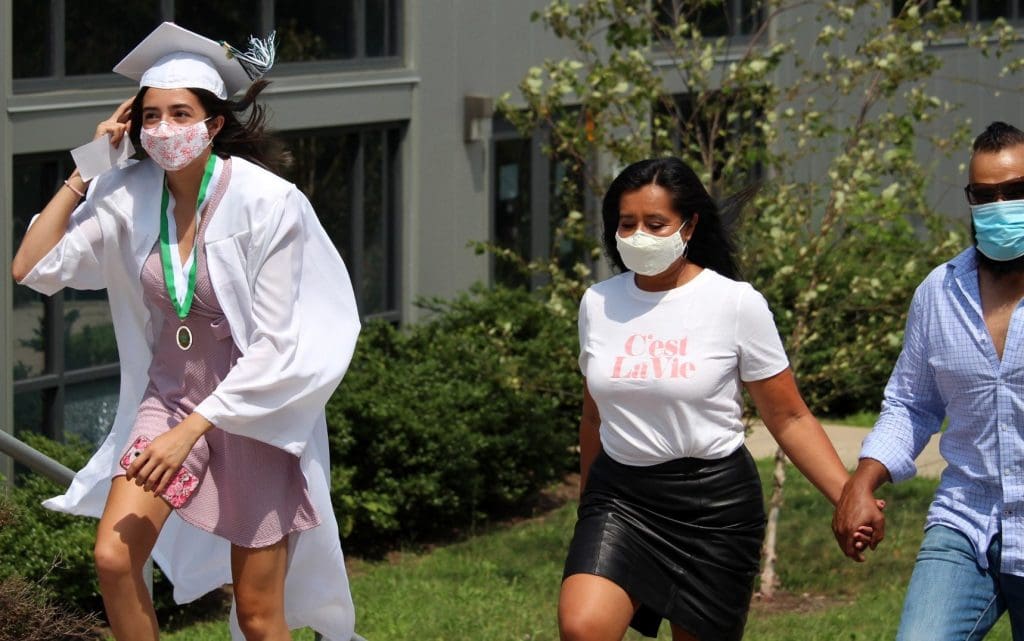 Norwalk High School Senior Gicel Zuniga arrives for a half-hour graduation ceremony Tuesday, accompanied by her mother and stepfather. The school held four small half-hour ceremonies on August 3rd, and four more on Tuesday. Due to the ongoing pandemic, each ceremony was limited to 45 students, each student could invite only two guests, and masks were required. Friends and relatives who could not attend in person were able to watch via livestreams; see below for links. Students also had the option of receiving their diploma via a drive-through graduation either day. (Bob Welsh) 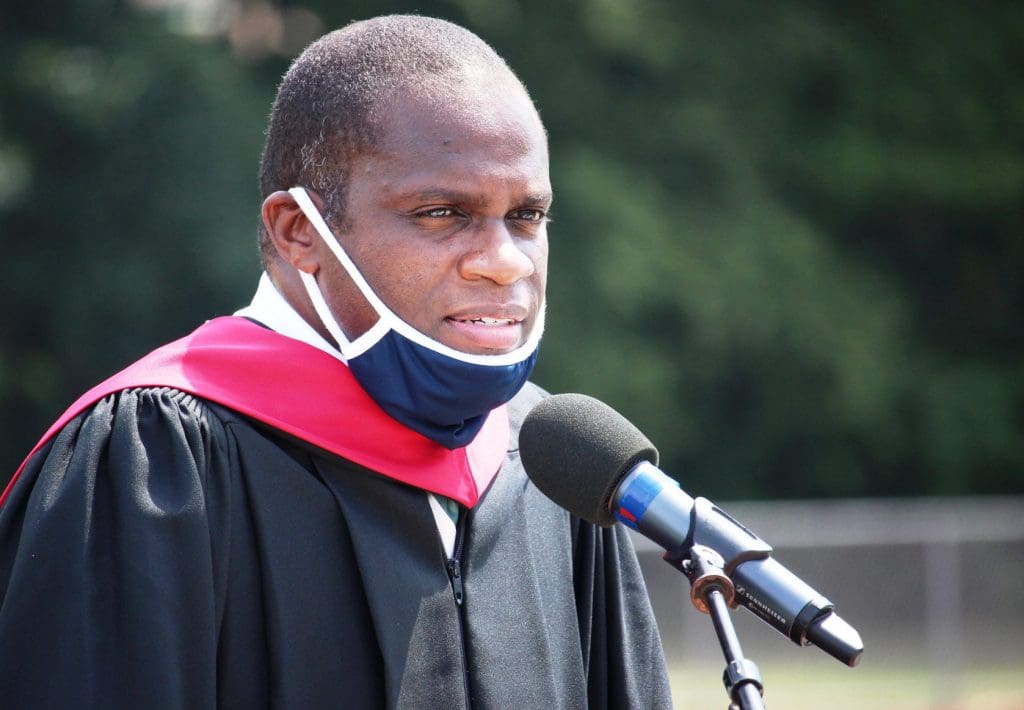 Norwalk High School Principal Reginald Roberts said the class of 2020 has been “resilient, creative, and brilliant,” in response to the pandemic. “We know that you’ll take that same … spirit into your next endeavor,” Roberts said. After the final ceremony, Roberts said he received positive feedback on the smaller, more intimate ceremonies. Students were allowed to sign up for a ceremony of their choice, which made it possible to graduate with their friends, he said. Roberts found the occasion “bittersweet,” as he would never see the students assembled in this way again. (Bob Welsh)

And here are links to the videos of some of the ceremonies, provided to Welsh by Norwalk High School Principal Reginald Roberts.

So fabulous to see these graduates get their day in the sun! Wonderful job to all at NHS who made this happen-you made the seemingly impossible possible. Well done!

Thank you Bob for being there and taking the photos! Happy faces in spite of a different graduation! May all graduates find success and happiness as they venture forth.

Thank you for your photos honoring these great young women and men, Bob! Not lost on many of us that they had to endure wrapping up their high school experience in the midst of this terrible pandemic which came with many challenges, and robbed them of a “normal” senior year which would’ve ended with much anticipated, traditional celebratory social events. Talk about an unwanted yet teachable moment… This graduating class got schooled in how to adapt to what life unexpectedly threw at them, and no doubt they will be the stronger for it. May these graduates know that their community is so proud of each and every one of them! I do pray for all of them, that they go on to accomplish all that their hearts and minds desire, and that they (and all of us!) hopefully get back to some semblance of normalcy in their near future. Congratulations, Norwalk High School Class of 2020!