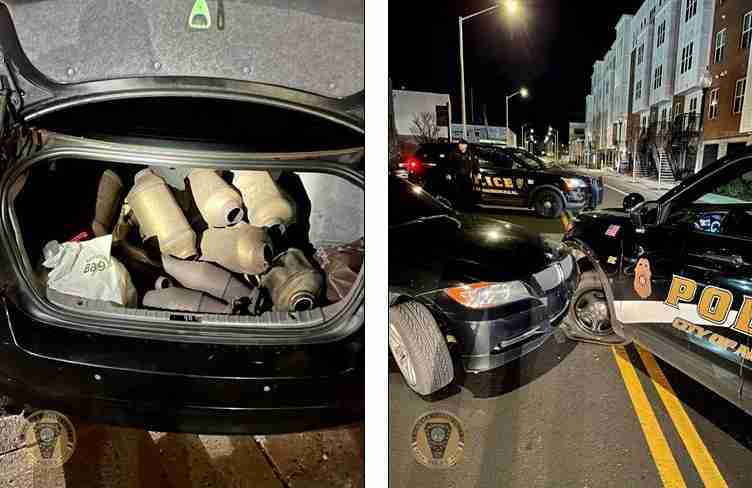 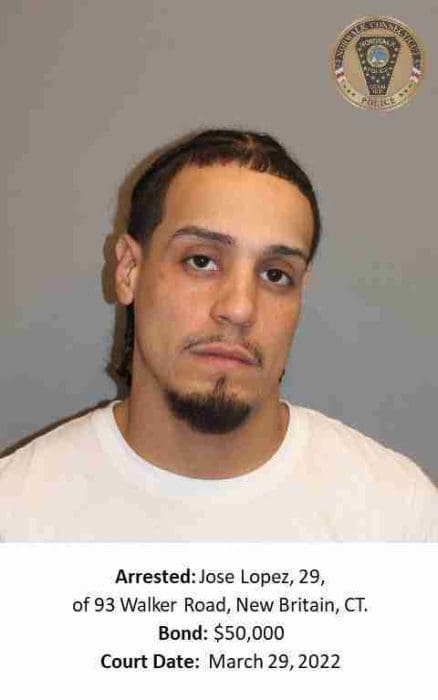 Police say they were alerted to the men’s activity at 2:08 a.m. March 23 by someone doing overnight work at a Water Street business, who heard grinding noises coming from a nearby parking lot. When police arrived, Serrano and Lopez attempted to flee in a black BMW, which Serrano smashed into a police vehicle. 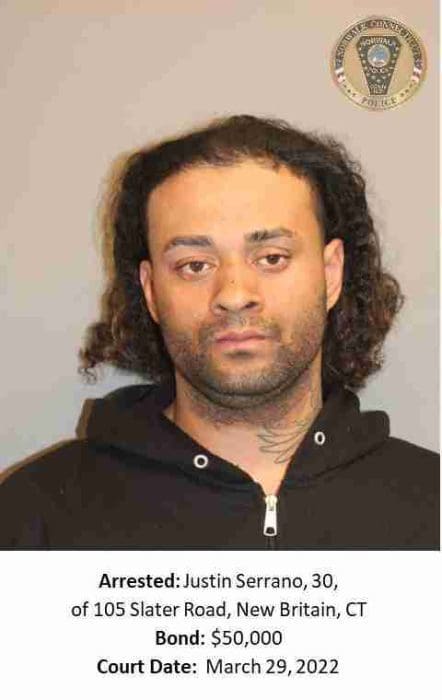 Serrano kept hitting the gas but could not break free from the wreck, police say. Officers removed them from the car “despite their refusal to comply with orders given. Thanks to the officers’ quick response and undaunted actions, no one was seriously injured.”

Reports came in later that morning of catalytic converters that had been removed overnight in other South Norwalk parking lots, the news release said. Detectives, “with diligence and attention to detail, were able to find enough evidence to linking Serrano and Lopez to the thefts, leading to more charges and bonds.”

Great to see they were caught. Are we sure there aren’t others. They look to be such upstanding citizens