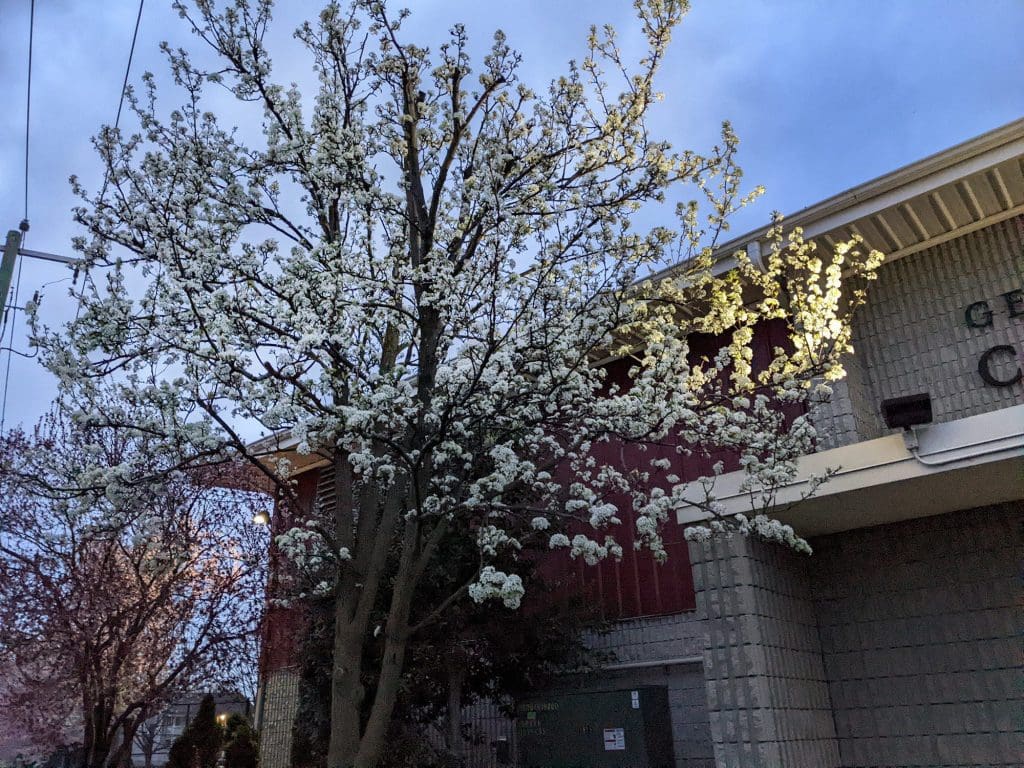 A pear tree outside the Carver Center on Academy Street.

NORWALK, Conn. – Trees sporting white flowers have been heralding the arrival of Spring all over Norwalk. But, “as beautiful as they are, a few midwestern states have banned landscapers from selling them,” said Tree Advisory Committee Chairwoman Erica Kipp.

Bradford Pear trees are considered invasive in some states. In 2018, New Haven cut down a bunch because while they grow quick, “the limbs become more susceptible to breaking as they age” and “time and recent storms” had “taken their toll on them,” the New Haven Independent reported.

“Well, pear trees did originate in areas of the Old World and Central Asia, so technically they can be considered non-native species,” Kipp wrote to NancyOnNorwalk. “The Bradford pear is also known as Callery pear and since they bloom so early, they can give other early blooming native species a run for their money, however, most early bloomers in our NE area are what we call ‘the yellows’ like daffodils and forsythia.”

“Developers and designers have long liked using Callery pears in urban and suburban neighborhoods because they grow quickly,” Rayzor’s Edge Tree Service states. “But unless you have these short-lived trees pruned regularly and thoroughly from an early age, Callery pears develop a dense crown that’s full of brittle, crossing branches. These branches often break and drop without warning, both during winter storms and at any time of year. Plus, the canopy is prone to splitting in half because of the narrow branch crotches,” the company’s website states.

“Many states already consider Callery pears invasive because they can spread aggressively (although it’s not yet listed as an invasive tree in Connecticut),” the website states.

A town in North Carolina gave residents a “bounty” this year for cutting down Bradford Pears – they’d get free replacements. But Greensboro found that demand exceeded supply and closed this year’s event. 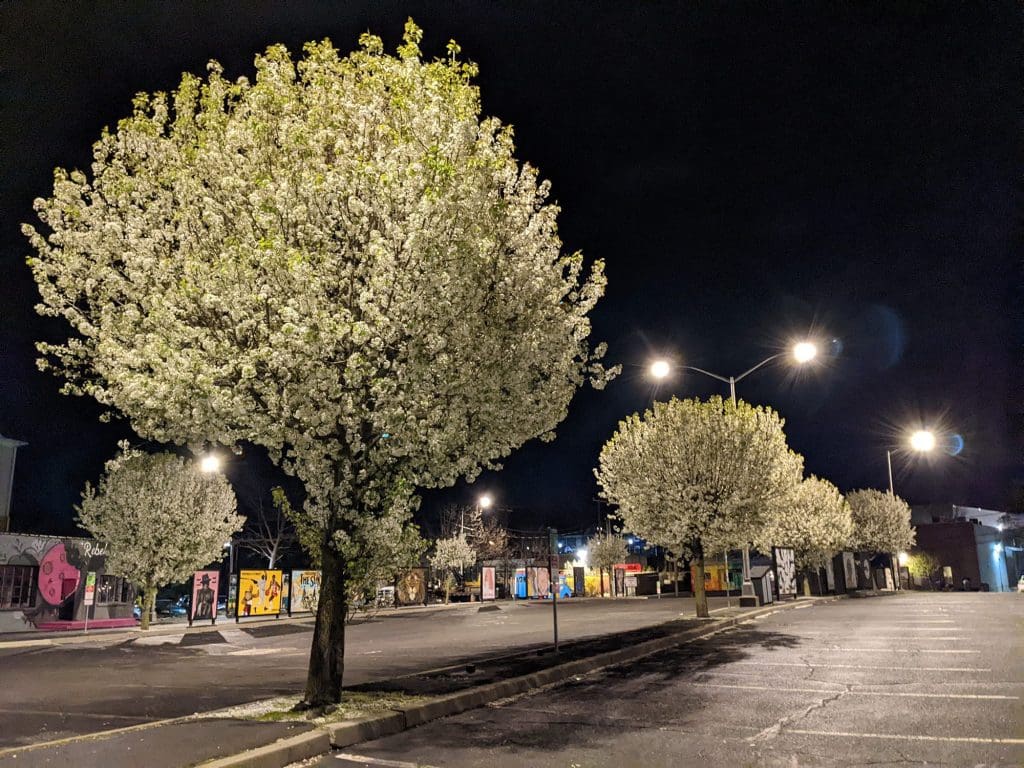 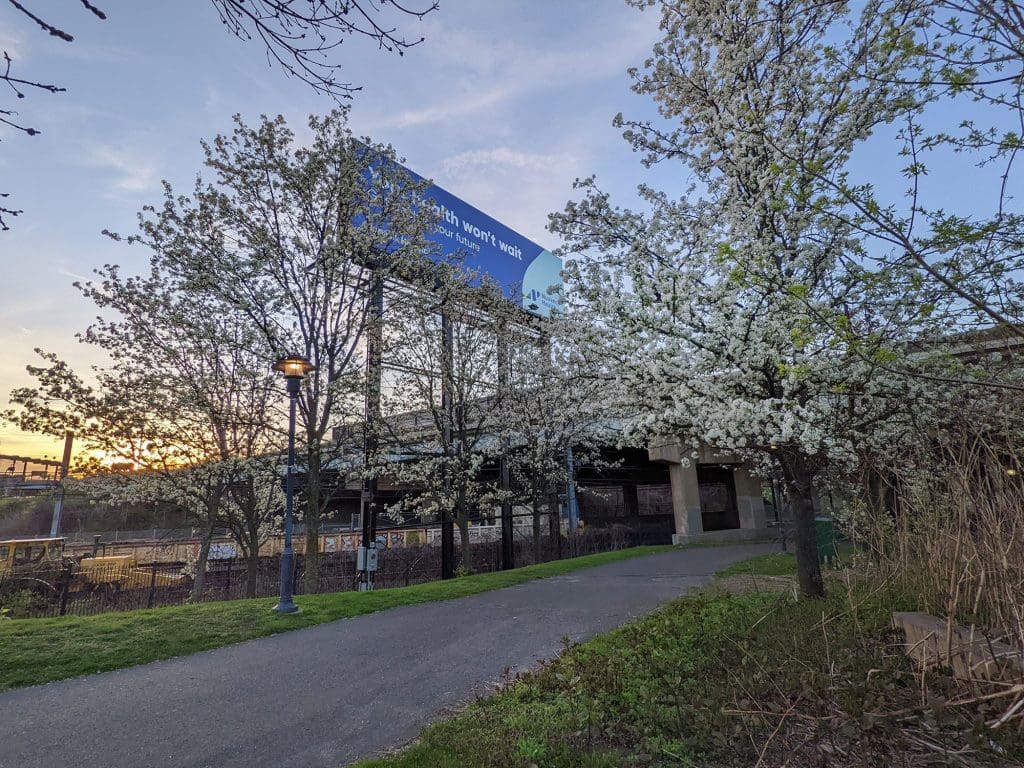 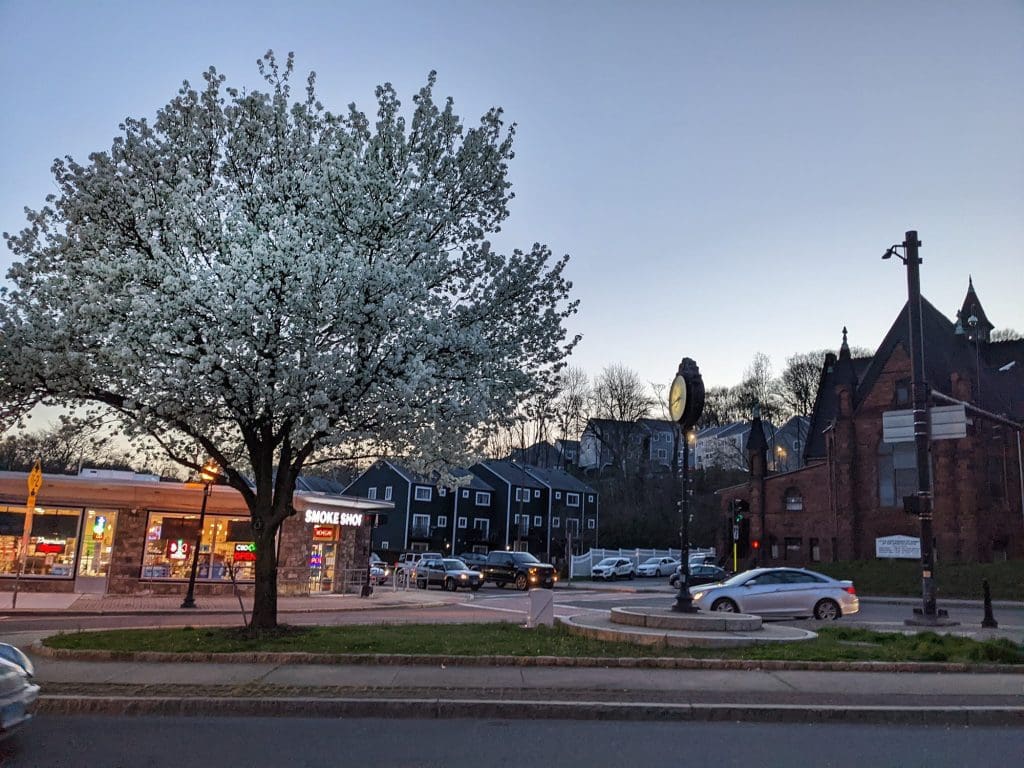 We MUST exterminate these abominations with extreme prejudice. I’d say they “stink to high Heaven”, but we ALL know they are truly a product of the bottommost reaches of Hell.

There are so many beautiful flowering trees. The ubiquitous bradfords should be replaced with crabapples,and give the birds something to eat. Redbuds are also beautiful trees,as are dogwoods,cornus floridus.

I am more appalled by the smoke shop in the background of photo 3. This is one of just two or three right in that same area. I don’t see these same shops taking up space in our surrounding towns, why is Norwalk letting them in?