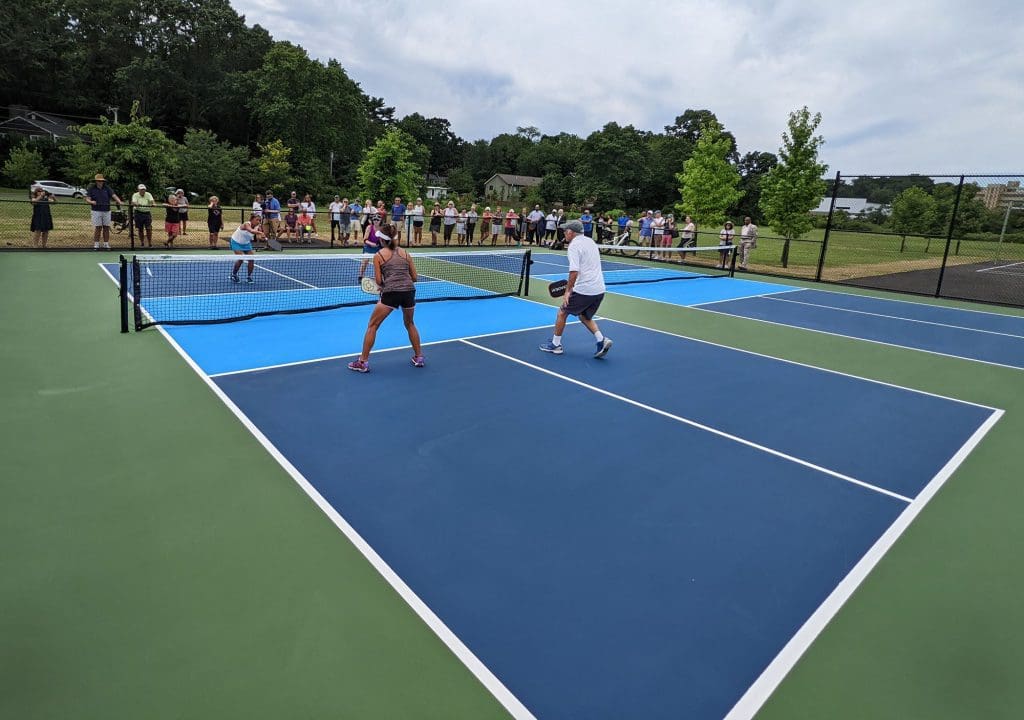 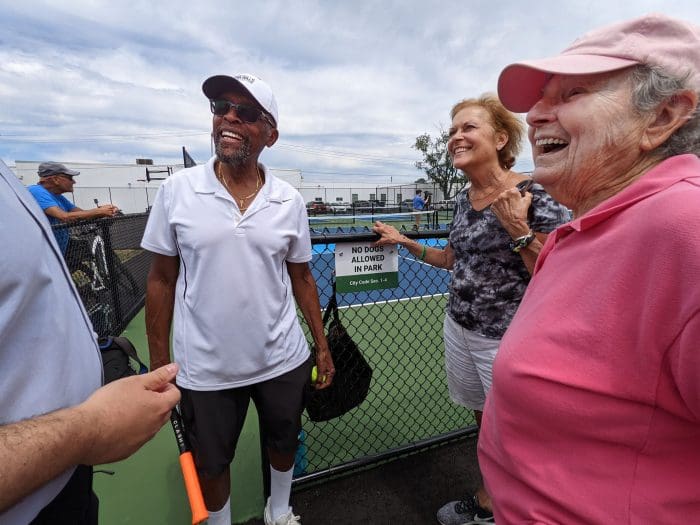 NORWALK, Conn. — Pickleball seems to be in demand and Norwalk is providing a supply, with more to come.

Four new pickleball courts have been installed at Woodward Avenue Park and a grand opening Tuesday drew more than 40 people, few of them “usual suspects.”  Among them were Kathy Cahill and Bernice “Honey” Friedenthal, who said they live near the Norwalk Senior Center but will be happy to drive to South Norwalk to play the sport they indulge in at least twice a week.

Sometimes the Senior Center gets crowded and “you have to wait two or three games before you can get on the court. I’d rather go someplace where it’s less crowded,” Cahill said.

There are courts at Nathan Hale Middle School but they’re not just for pickleball, the pair said.

Pickleball was invented in 1965, according to US Pickleball. It’s: 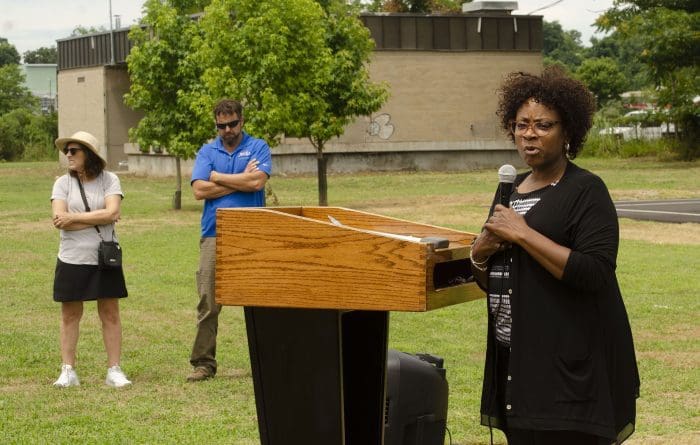 Recreation and Parks Committee Chairwoman Darlene Young (D-District B) speaks, Tuesday in Woodward Avenue Park. She said, “We’re moving forward in the right direction. And we are truly trying to listen to what residents want and need.”

“I want to also thank the mayor, for listening to us, right, because that’s part of the job, is to listen to what the constituents want and need in their community,” she said.

“Seemed like every place I went, people were saying, ‘When are we going to get pickleball courts?’” Mayor Harry Rilling said. “…We’re looking for other places to put some more pickleball courts.” 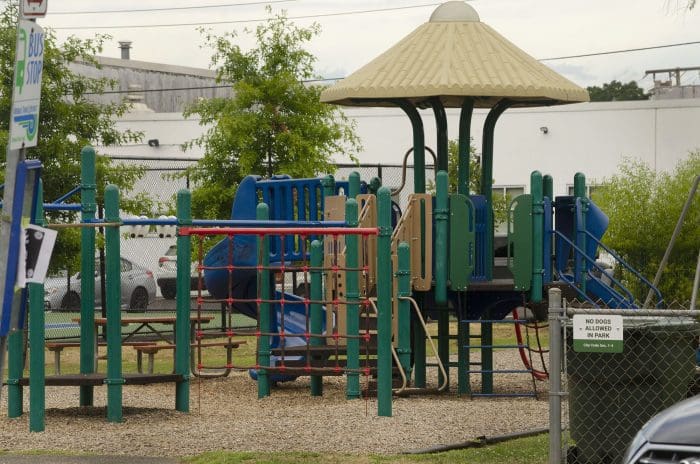 A playground in Woodward Avenue Park.

John Moeling, who lives down the street, said the new trees and other improvements at the park are “marvelous.” But, he wondered why the City decided to prohibit dogs. He’s been walking his dog in the park for more than two decades and if there were dog droppings left around, he’d know it. He picks up after his dog and so do other people, he said.

“Taylor Farm Dog Park and the trails at Cranbury Park are the only two parks in the City of Norwalk where dogs are allowed,” Norwalk Director of Communications Michelle Woods Matthews said in an email. “All other parks and school properties do not allow dogs. This is not a new policy, however new signage was recently installed.” 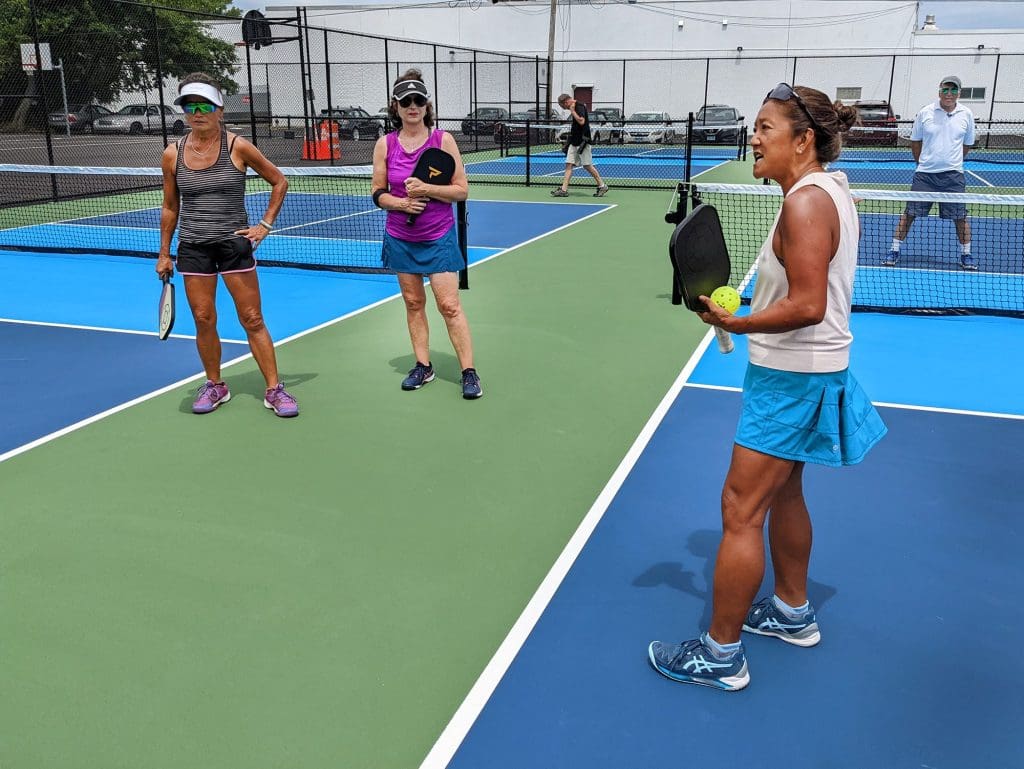 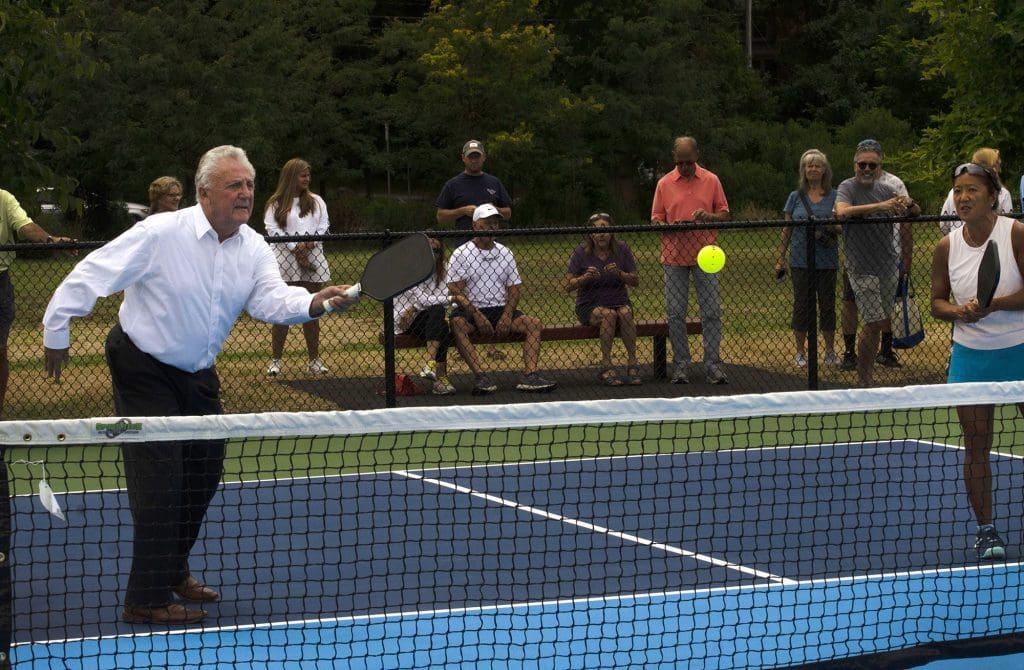 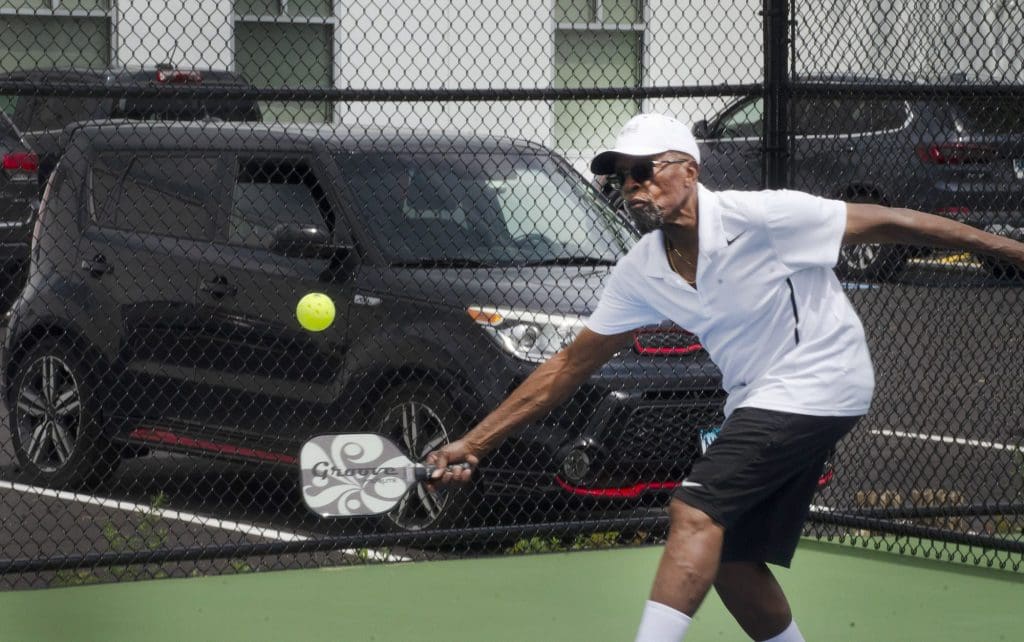 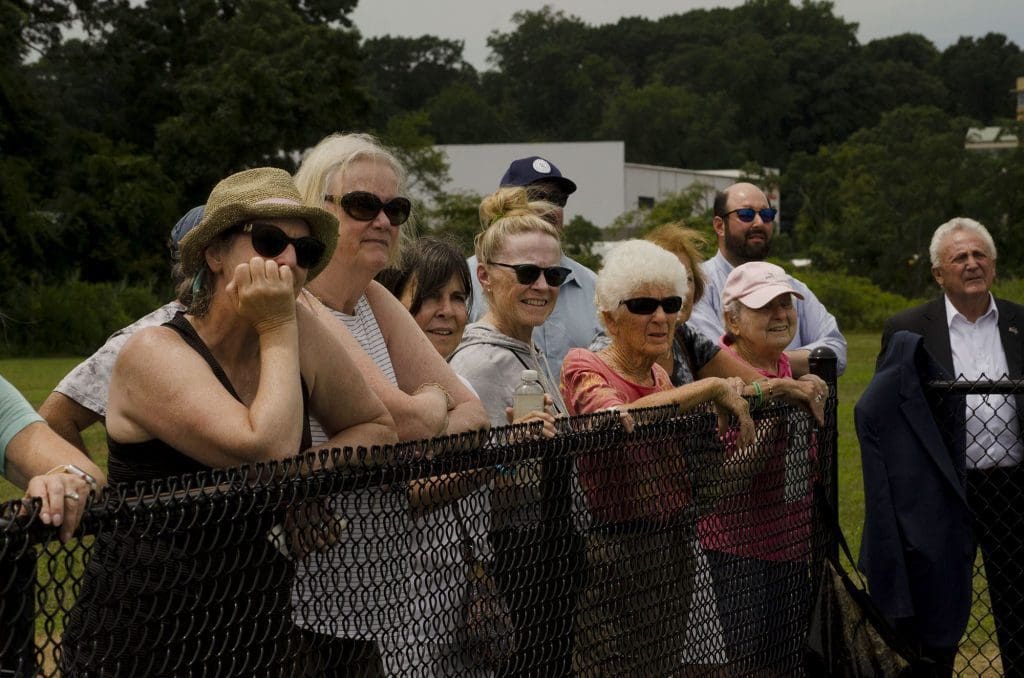 I see the get a quarter million dollars for putting in pickle chords and have yet to the improve the playground. I know playground upgrade is planned I hope they make one of the best kids playgrounds in the area here we have a huge amount of space at the park there’s a tremendous amount of children in this area and nobody uses the baseball field not once in a decade have I seen it in use. The playground on the other hand has kids on it every day I’ve seen the tennis courts used maybe three or four times I’ll let you know on the pickle ball one of these days as they’re brand new I watch some of that ceremony The park is in view of my house almost unfortunately I had leg surgery so I was in car watching some of it. Mostly out of curiosity of why the park was so busy and then I noticed the mayor

Way to go cousin Honey & others!