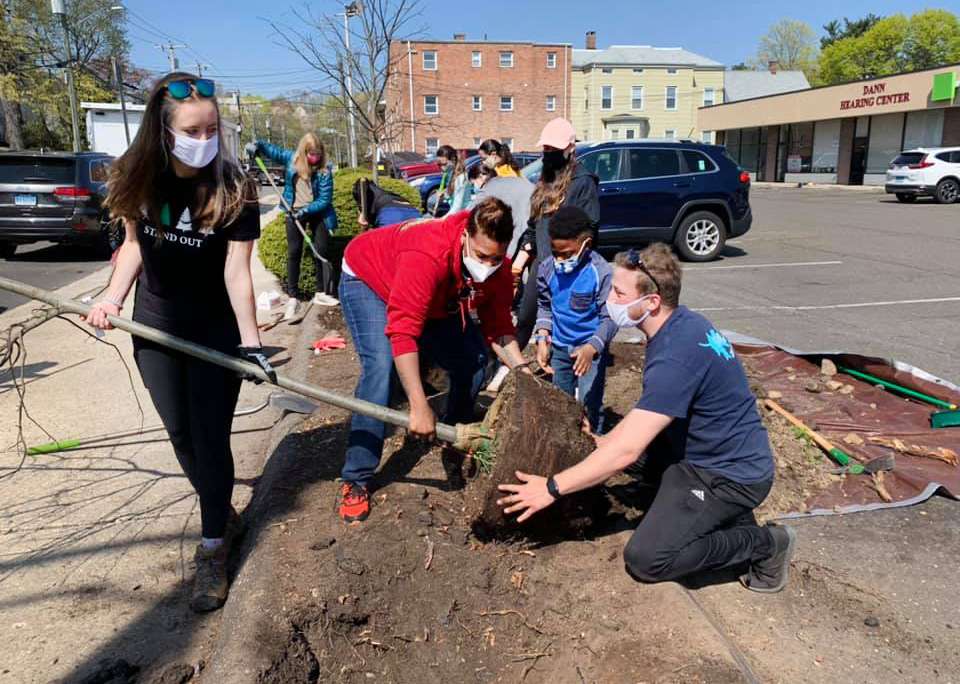 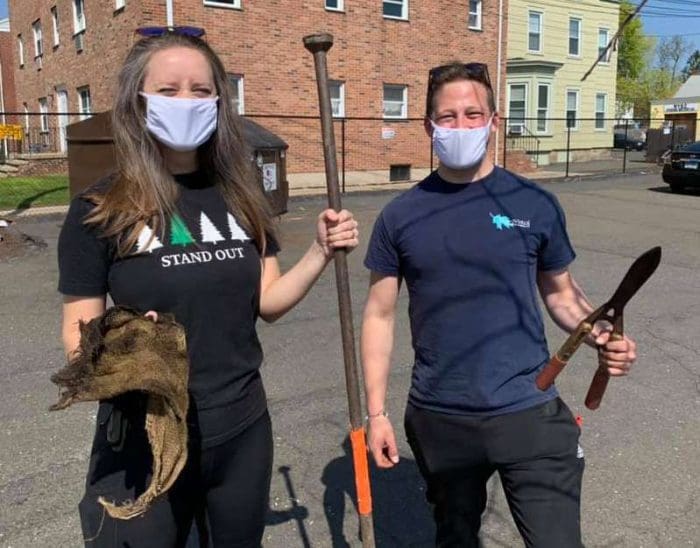 With a camera pointed in their direction, Anna Thurston and Jeff Scherr grabbed whatever tools were laying around for the shot. (John Levin)

“In the past we had always had the trees professionally planted so we wanted to see if the community at large would show up.  And they did,” Arbron wrote Thursday.

Five dogwood trees were planted by 25 volunteers at the Norwalk Congregational Church and nine or 10 people planted six oak trees on Elm Street in front of the Triangle Community Center, he said. In addition, three serviceberries and one dogwood tree were planted at ElderHouse.

Today is Arbor Day, a national observation designed to celebrate trees and encourage people to plant trees. The Tree Alliance is partnering with the Norwalk Tree Advisory Committee to plant trees at two Norwalk elementary schools and then at Oak Hills Park, Arbron said.

Eight trees will be planted at Oak Hills, a City press release said. 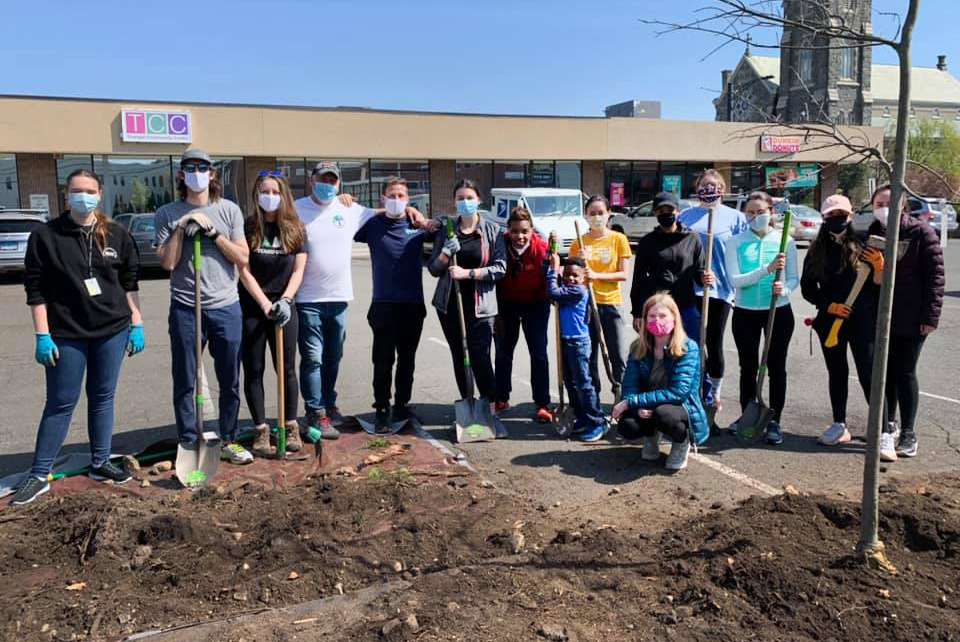 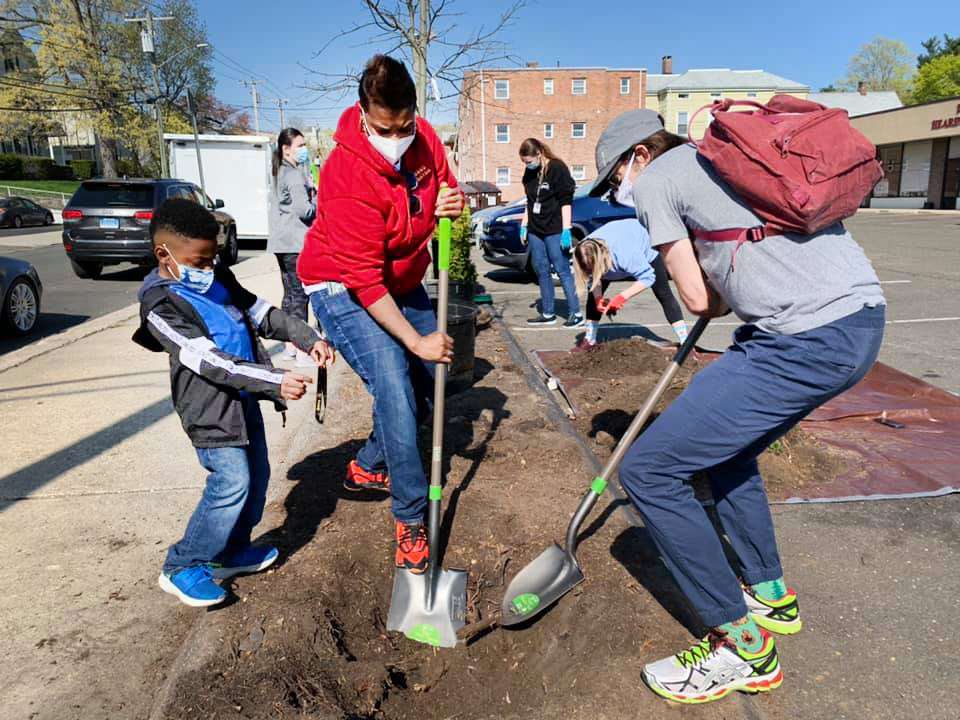 From left, Caleb Belton, 5, watches as mom Ayanna Belton and Devin Duncan dig the hole for an oak tree, Saturday on Elm Street. 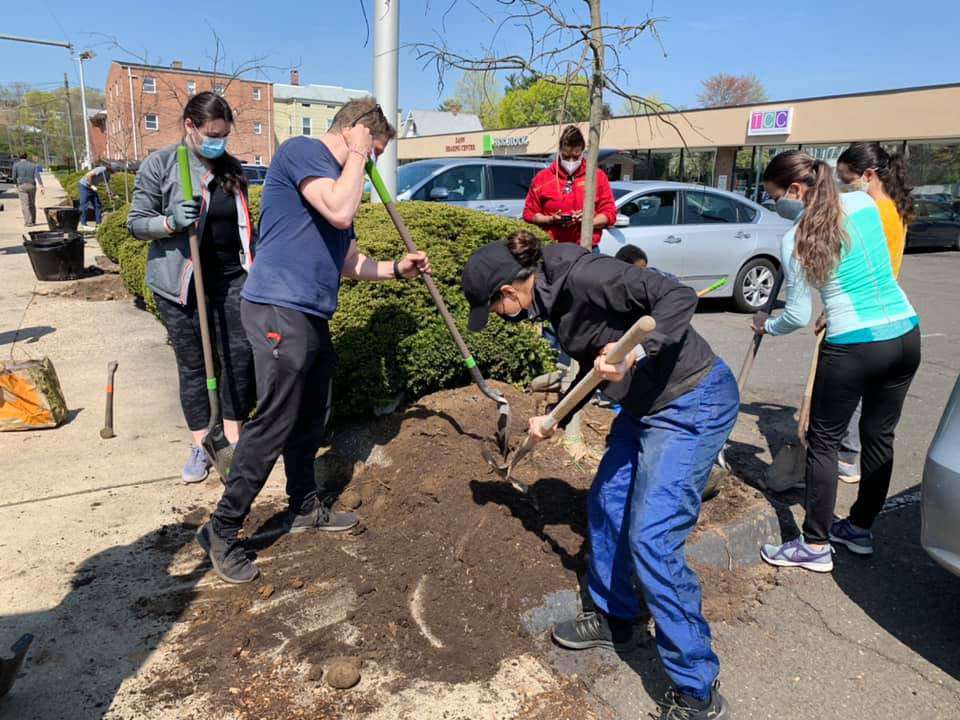 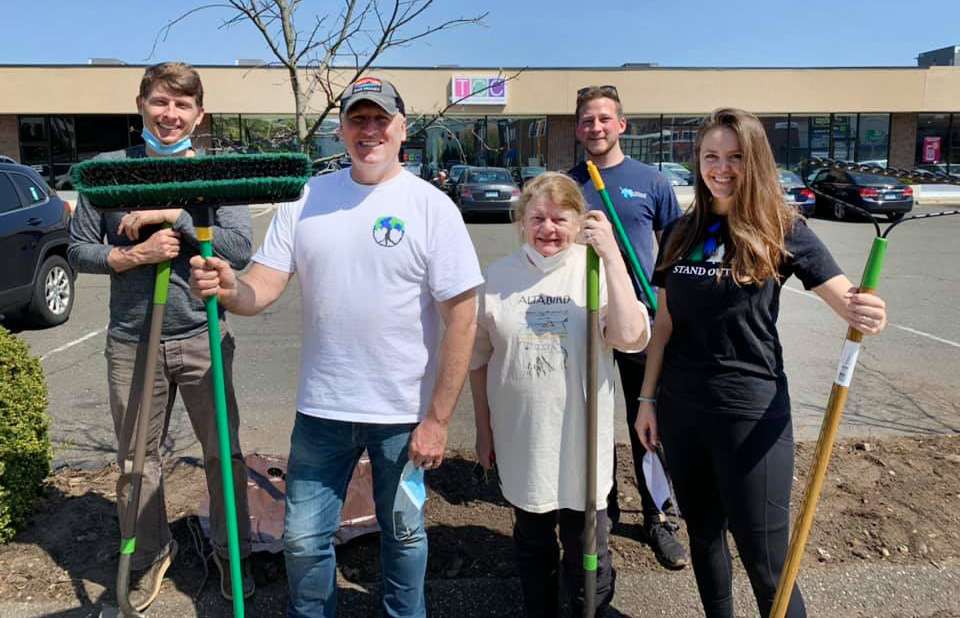 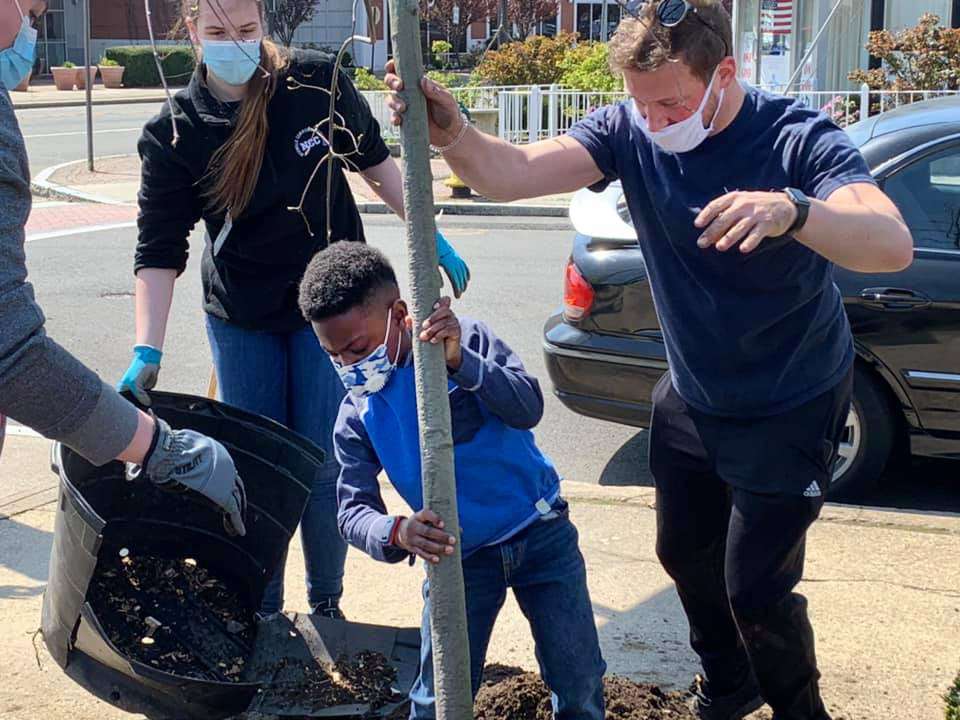 How wonderful to learn about the native tree planting effort in Norwalk. At Friends of Animals. we celebrate Arbor Day by spreading the message: “Leave trees standing.” While we know planting the right trees correctly can help combat climate change, it’s not a silver bullet. We must keep existing forests standing. They store carbon, provide habitat for wildlife and plants and prevent erosion.

In the last couple of days, I watched the chopping down of trees at the end of McKinley Street where I reside, along Rowayton Avenue to accommodate a new condo building in Rowayton. It feels like a crime on the neighborhood. Trees improve water quality and increase property values. They’re the lungs of our Earth. Let’s cherish them and leave them standing.