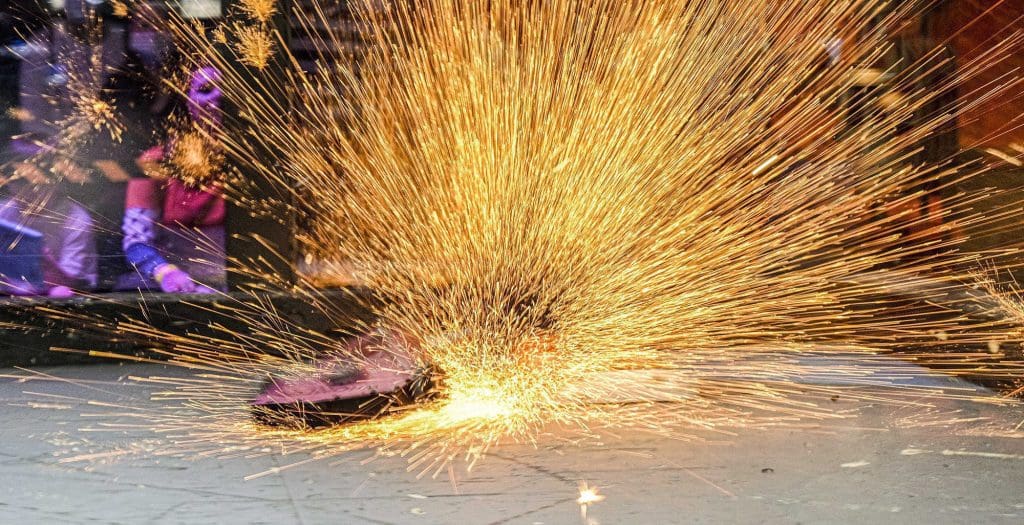 NORWALK, Conn. — It’s like your robovac got fitted with a forklift and wandered into a bruising battle with an equally-sized flamethrower. In a glass cage facing cheering spectators.

Austin McChord’s Norwalk Havoc Robot League is a labor of love, drawing competitors from as far away as Brazil to 165 Water St. about seven times a year.

“Everyone who watches the event comes away with an idea of what kind of robot they might want to build. It gets the creative juices flowing across all ages. In that sense it is a uniquely accessible sport and fosters creative thinking across multiple disciplines. It also encourages people make, and build things which, I think far too many people assume it is out of reach,” said McChord, founder of Datto and its former Chief Executive Officer.

McChord found combat robotics after selling Datto in 2018, when a colleague took him to a tournament in Massachusetts, said Kelly Biderman, Havoc Robotics CEO. He used social media to invite robot builders to his Norwalk building and the first event attracted 18 people.

“It was really organic and really grassroots and just something that he wanted to do for fun. And since then, it’s really grown exponentially through, you know, a number of different efforts, but largely, it’s been a pretty uncoordinated effort to grow the league into what it’s become.

March saw the league’s largest event ever as 112 robots went at it, supported by about 300 competitors, she said. There were 86 robots in April, but this was a makeup event so it attracted less people. 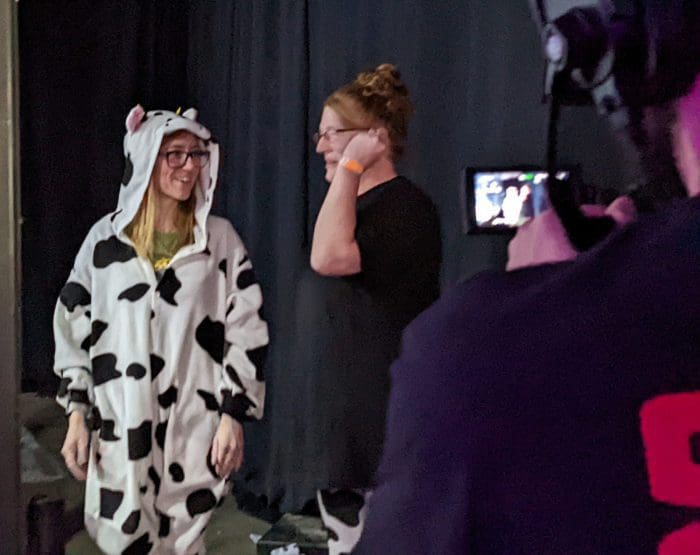 Among them were Ashley Beckman of Newtown and her “Milk Tank” team, who competed against Cornell University students.

“We knew nothing about this coming in,” she said, while dressed in a cow suit. “We just decided last March (2021) that we’re like, ‘we can do this.’ We showed up last May and we have not missed a competition since.”

The three team members met playing Pokémon and based their robot on one of her favorite Pokémon characters.

Also in attendance was a 7-year-old from Rhode Island named Joseph. His dad, Chris Paris, said he loves robots and Norwalk is much cheaper to visit than Las Vegas.

Biderman explained that there are three weight classes in the double elimination tournaments: robots can be as light as three pounds or as heavy as 30 pounds. “Sportsman” robots can use the facility but, “If you’d like to compete in our main tournament, you have to have an active weapon.”

Such as a “flipper,” a flame thrower or a “spinner.”

It can cost competitors $500 or more to build a robot; there’s no fee to enter the competition. Spectators pay a nominal fee.

“This is a long-term project around raising the profile of the sport. Making money from the competitors is not the goal. The goal is build an audience and following for the sport,” McChord said.

McChord hired Biderman in October to “figure out how to make it operationally efficient,” she said.

“The openended-ness of it is one of the aspects that gets me excited,” McChord said. “Unlike so many other things in life that come with really rigid rules, with this you can build almost anything.”

Saturday marks the next tournament. Like the others, it runs from 10 a.m. to 10 p.m.

McChord said, “The community that has sprung up around what we have been building is really what has spurred me on. At the last event we had teams that traveled from as far way as Brazil to compete. It really has been one of those, if you build it they will come. What it shows is there is a chance to build something far larger than just something that happens in an old warehouse in Norwalk.” 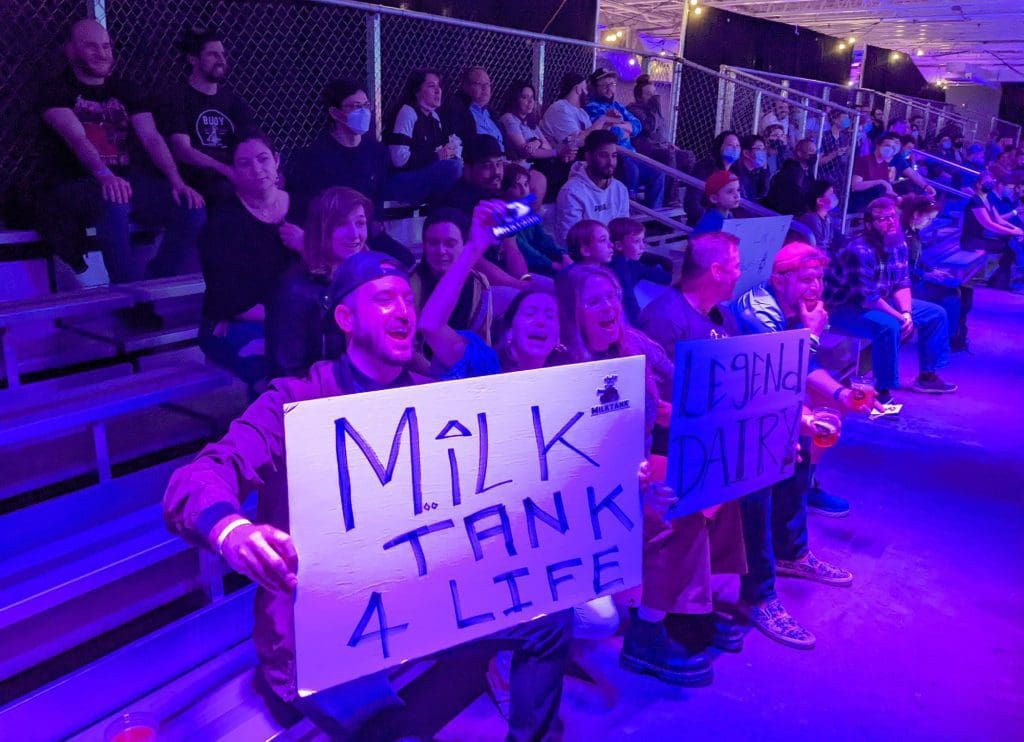 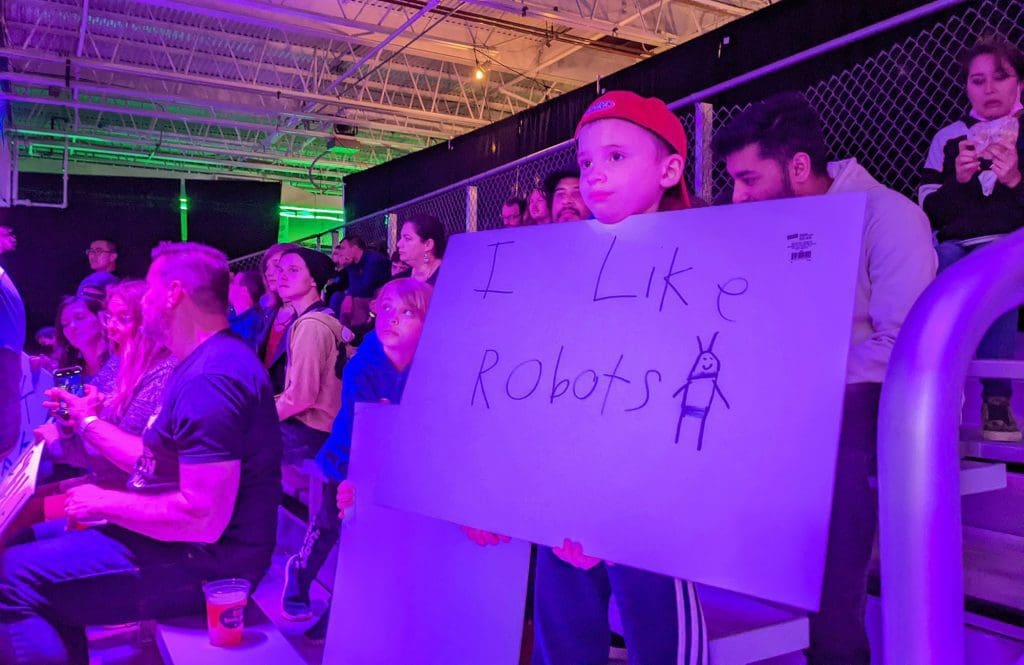 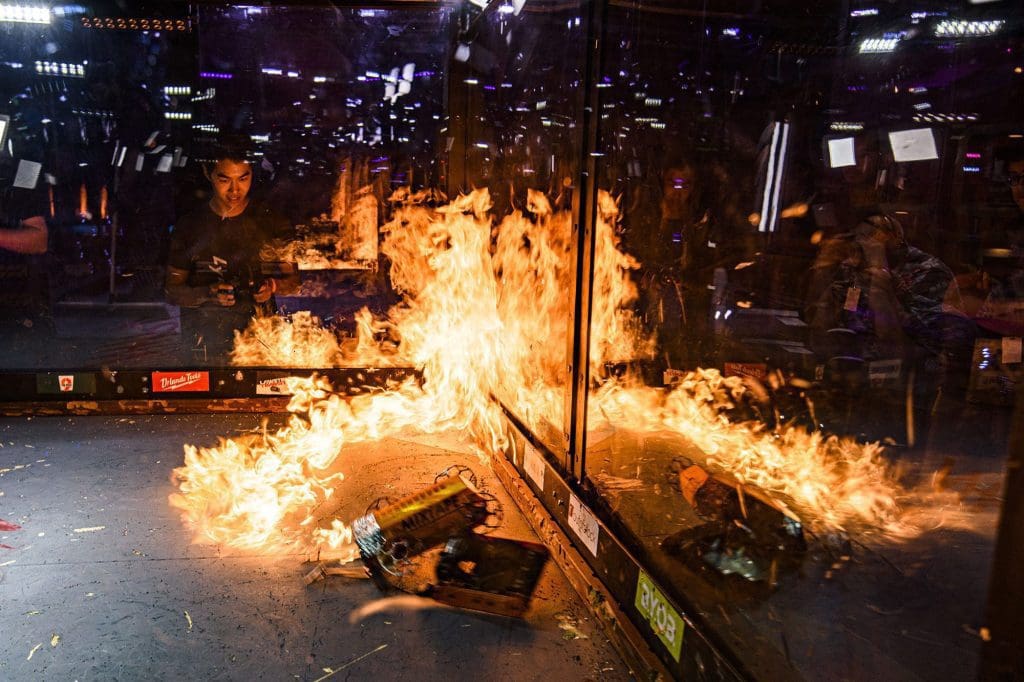 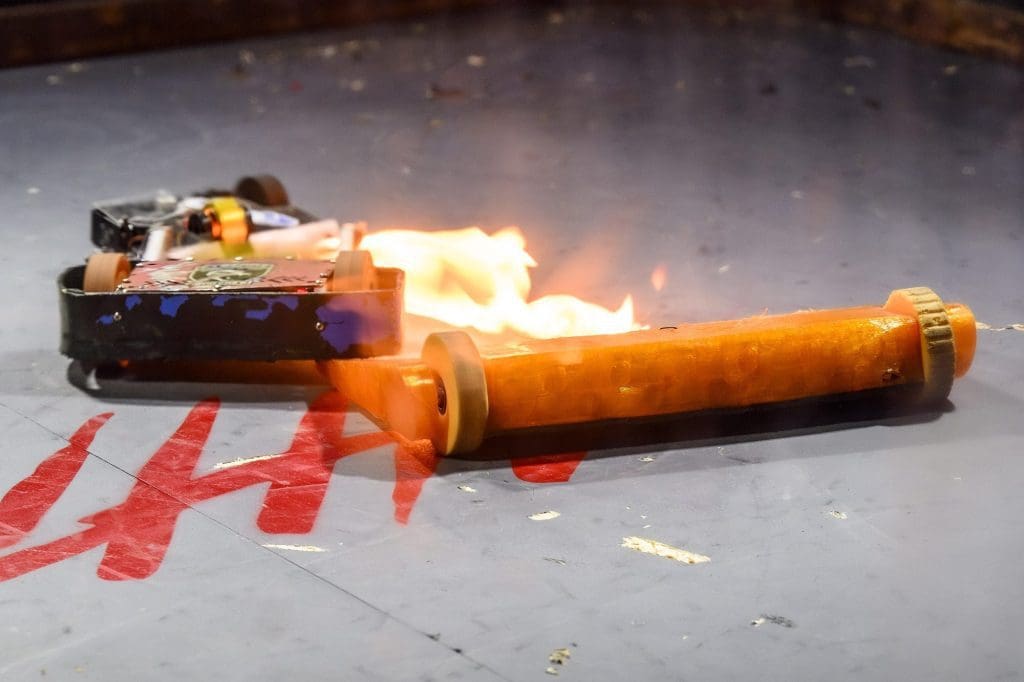 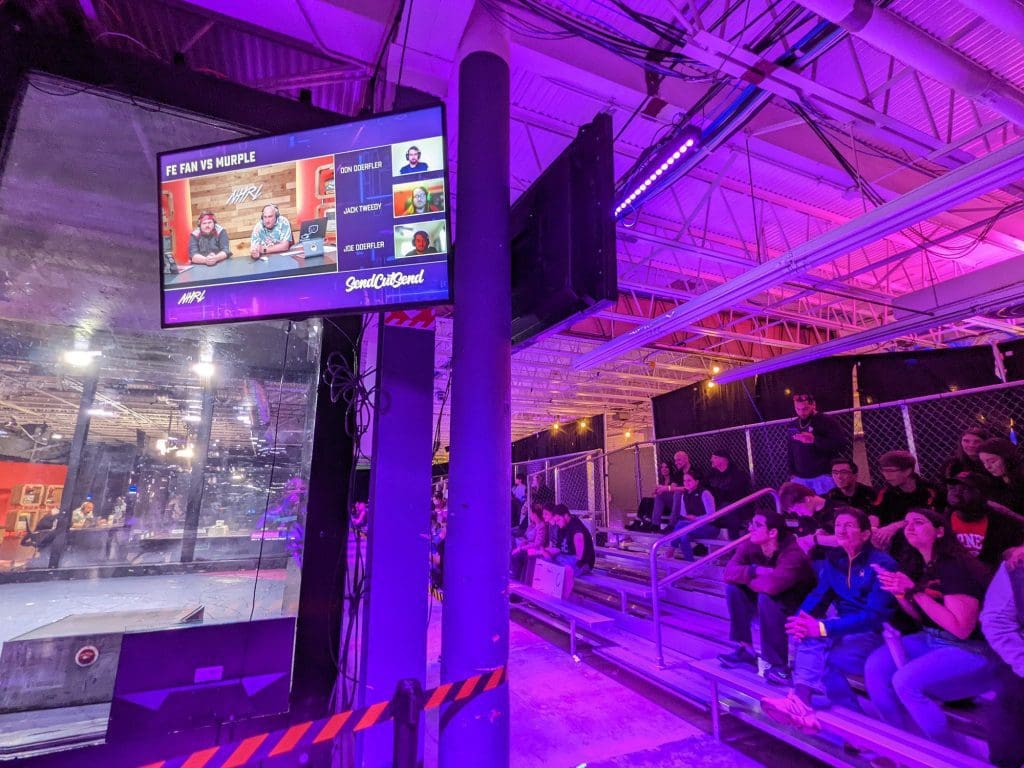 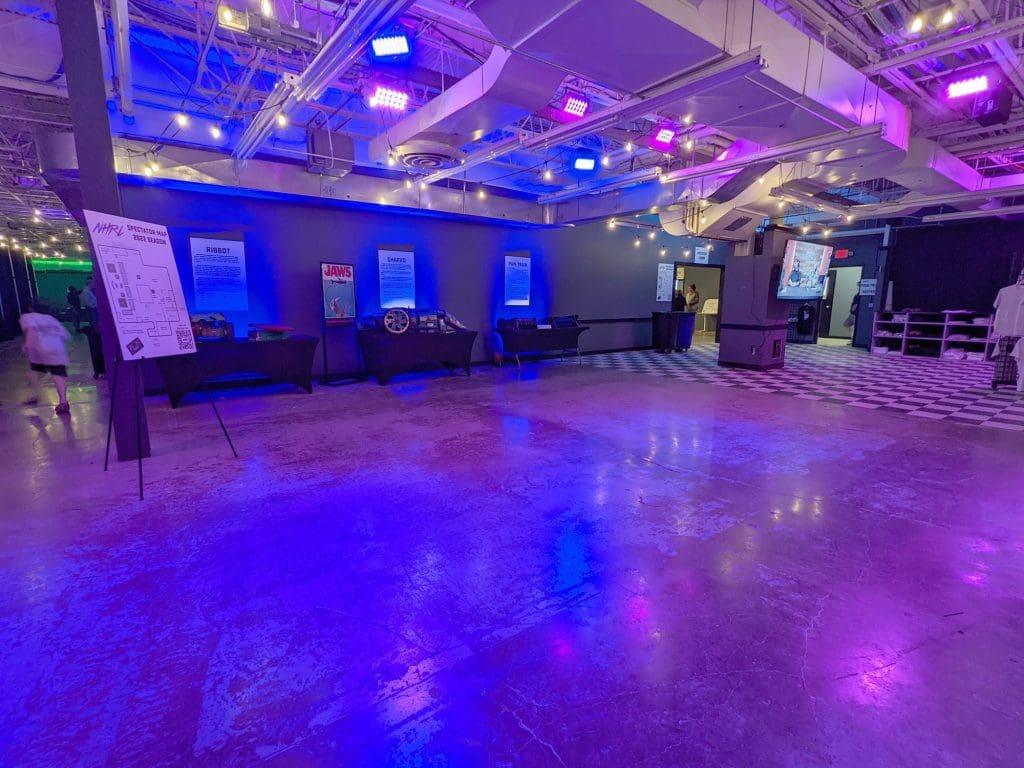 Walk in the door of 165 Water St. and you find a gallery of robot competitors from previous seasons. (Nancy Chapman) 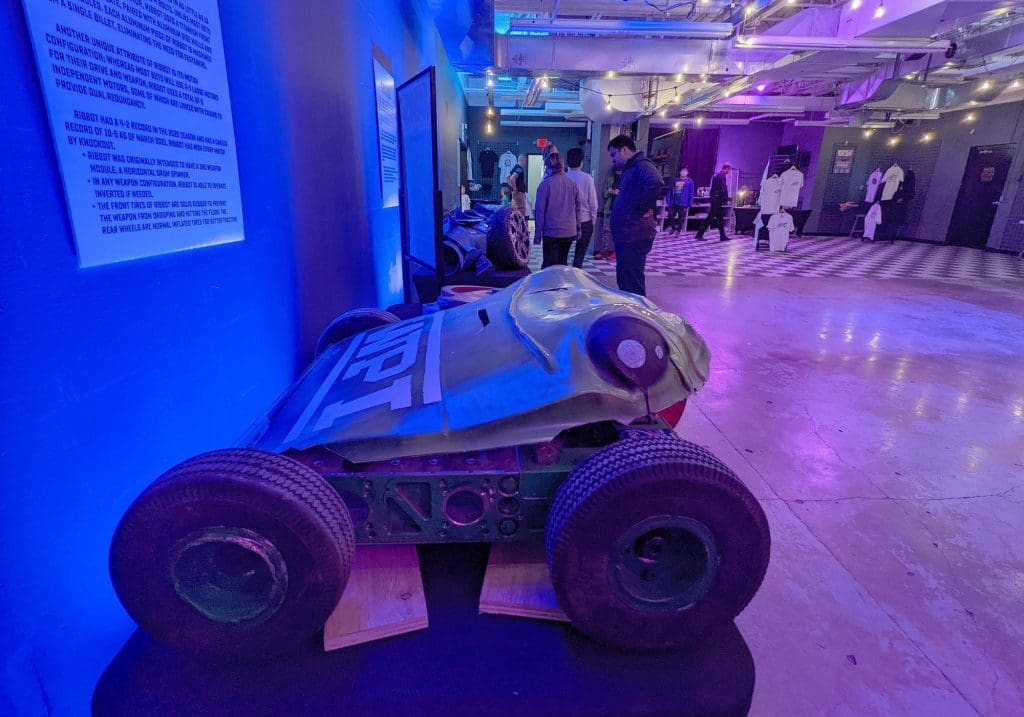 The 2020 version of Ribbot, recognizable by its vacuum-molded frog head armor, had a 4-2 record in that season. It sports two interchangeable weapons systems, a 35-pound vertical disc spinner and a 46-pound horizontal flywheel. (Nancy Chapman) 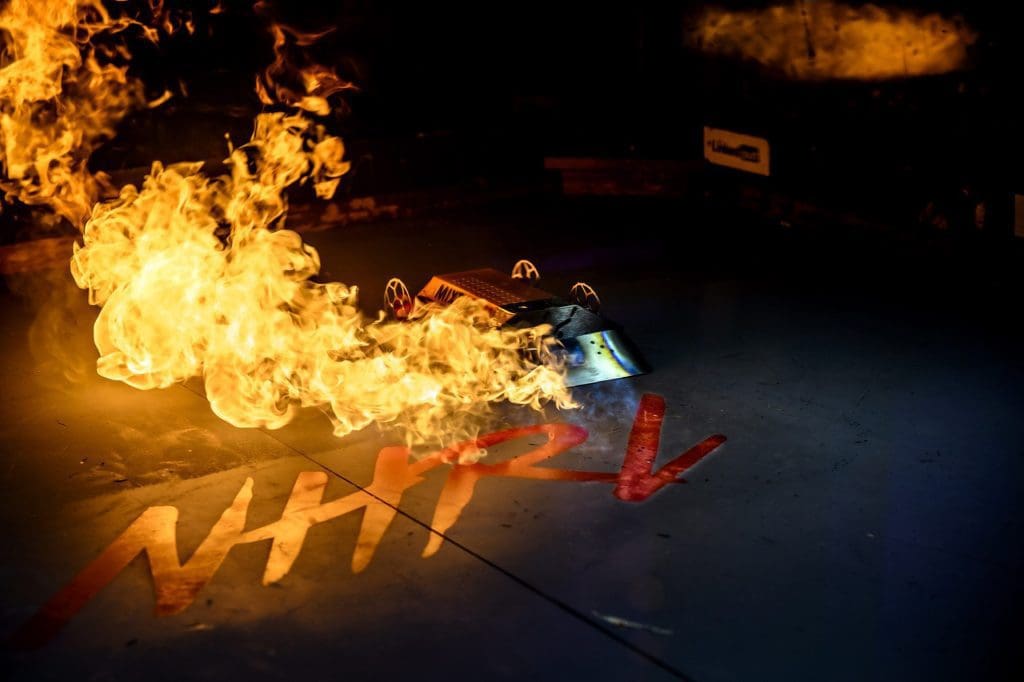 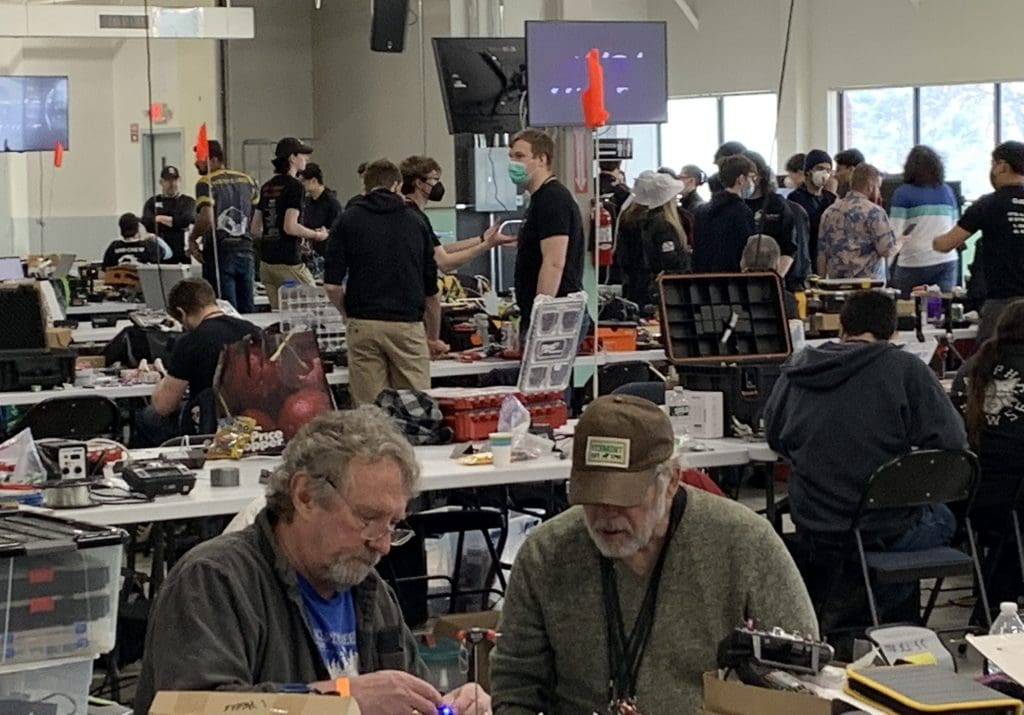 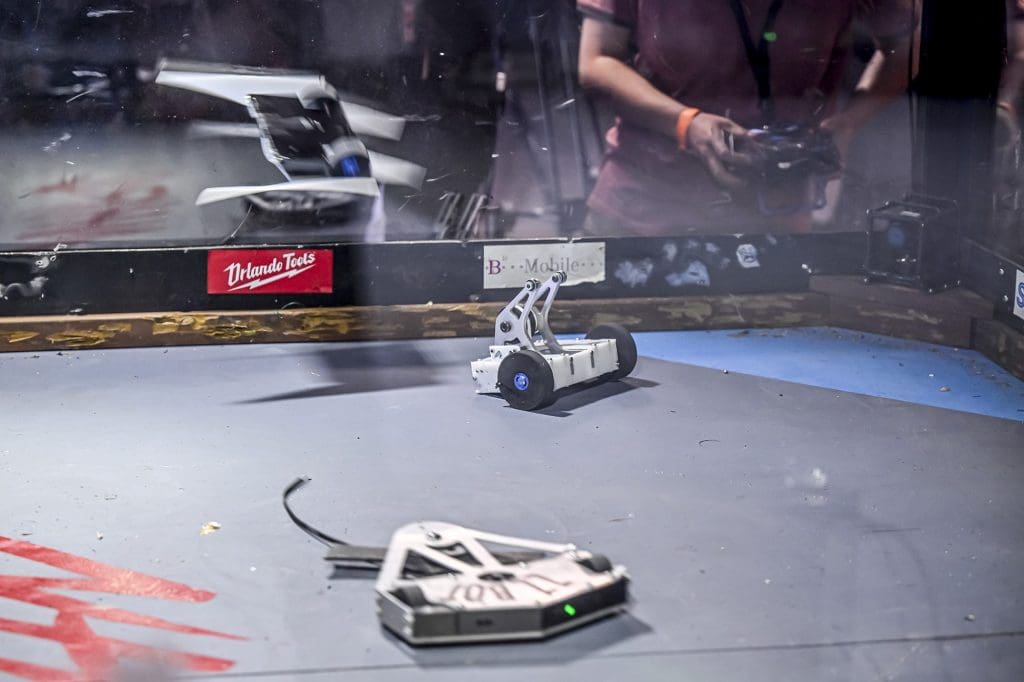 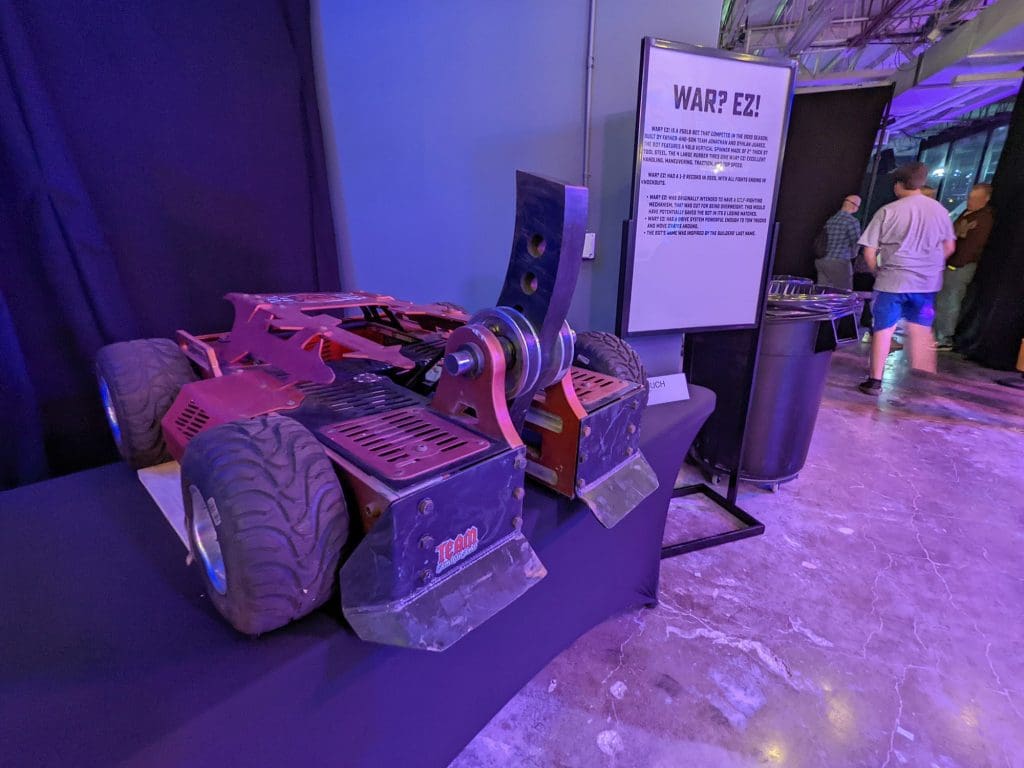 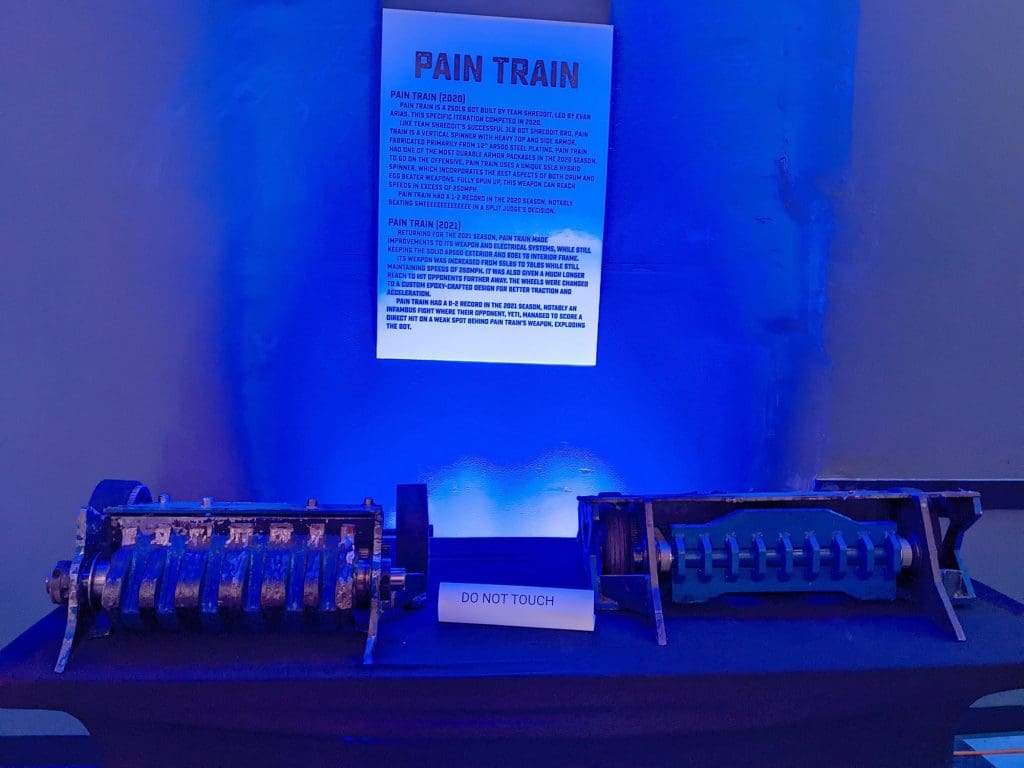 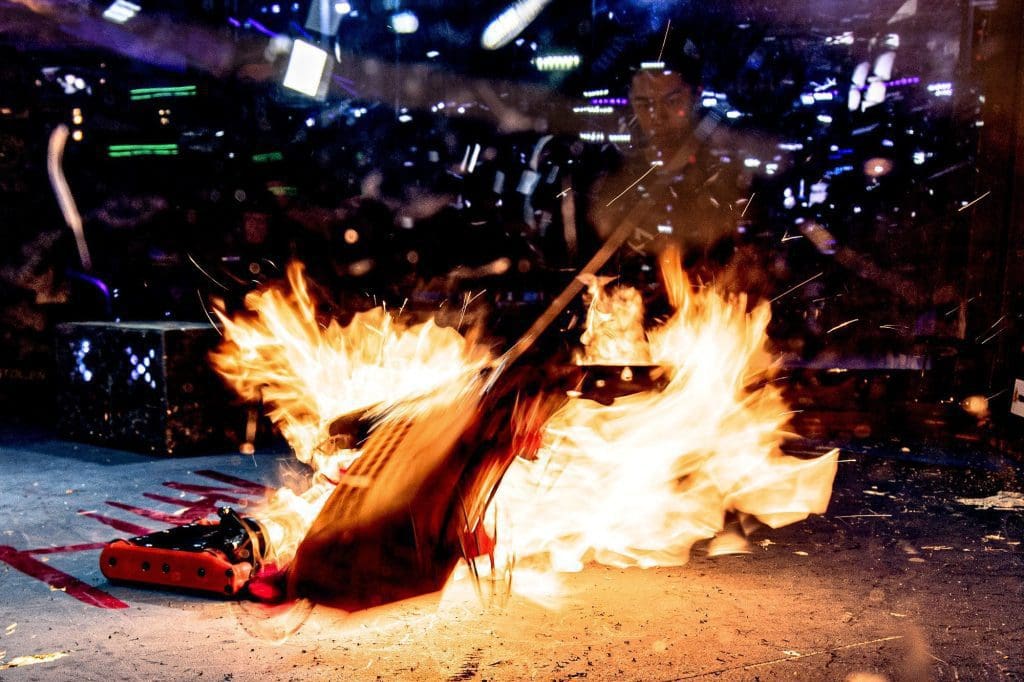 Thank you Austin for bringing this to Norwalk!
I’m a fan of Battle Bots for its elevation of collaborative STEM.
Thank you Nancy On Norwalk for letting us know!