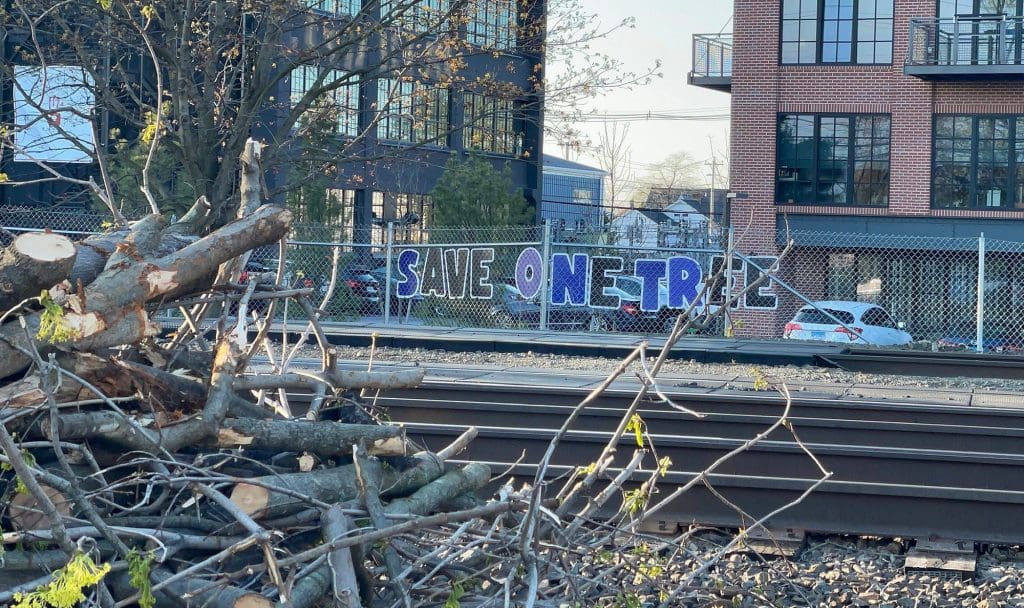 “I don’t believe I can change the outcome but at least I tried to protest.  The clear cutting of all trees without regard for neighborhood setting and value of those particular trees to community health or soil erosion is criminal,” Snedaker said in an email.

“The project has been underway for several months and covers 18 miles along the Metro North tracks in Westport, Norwalk, Darien, Stamford and Greenwich,” said Mitch Gross, Eversource spokesperson. “The high-voltage electric transmission lines that run along the tracks don’t need to make contact with the trees to cause a public safety issue or power outage – they need air clearance to provide proper insulation and prevent an electric arc. This tree work will help to reduce the risk of a service interruption for more than 120 critical facilities across multiple communities, including hospitals and police and fire stations.”

“We plan to remove any vegetation within 25 feet from from (cq) the outermost wire that has the potential to exceed 15 feet at maturity,” the utility company states. “This is in line with industry best practices.”

Snedaker said, “There is no chance of stopping them but it’s going to be interesting when they hit Darien with that 30-foot cut zone. I think the key is keeping evidence of what was lost and pushing for them to plant trees in the areas where the trees were cut.” 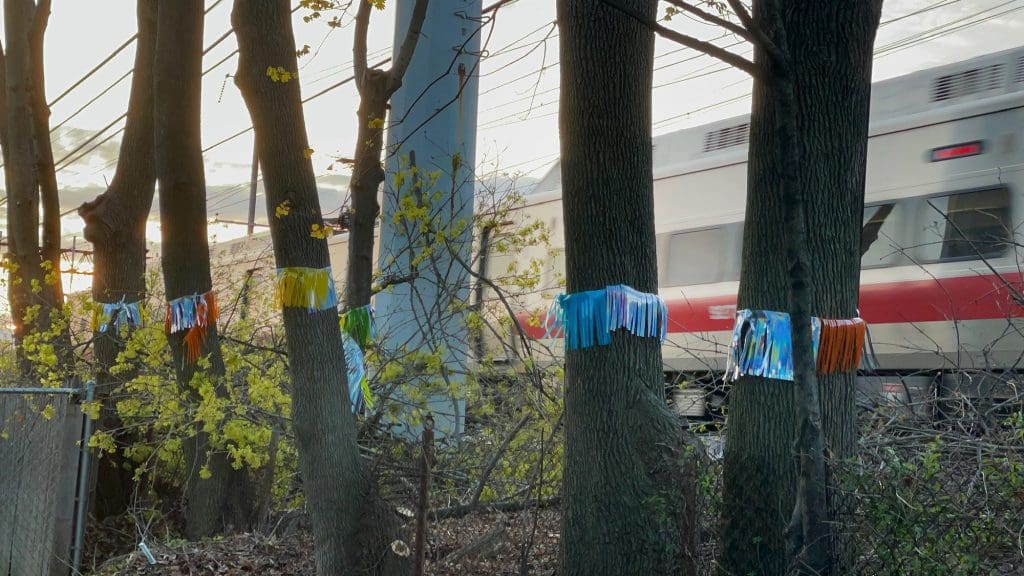 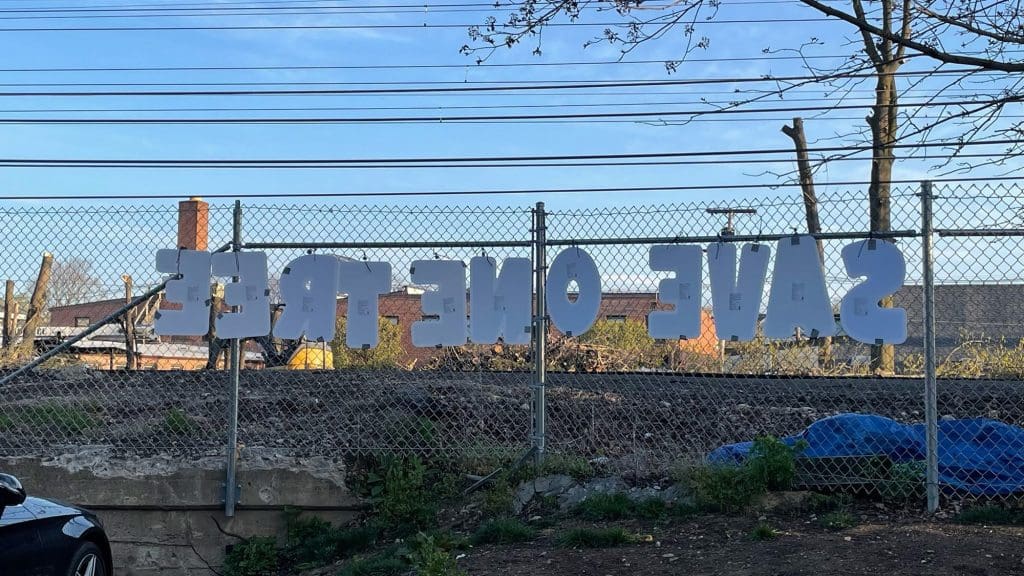 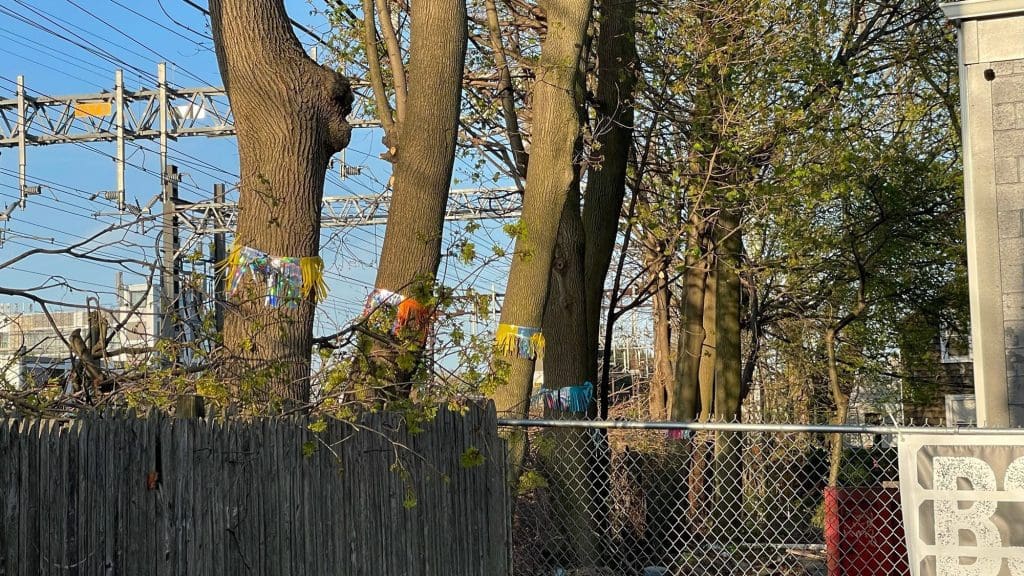 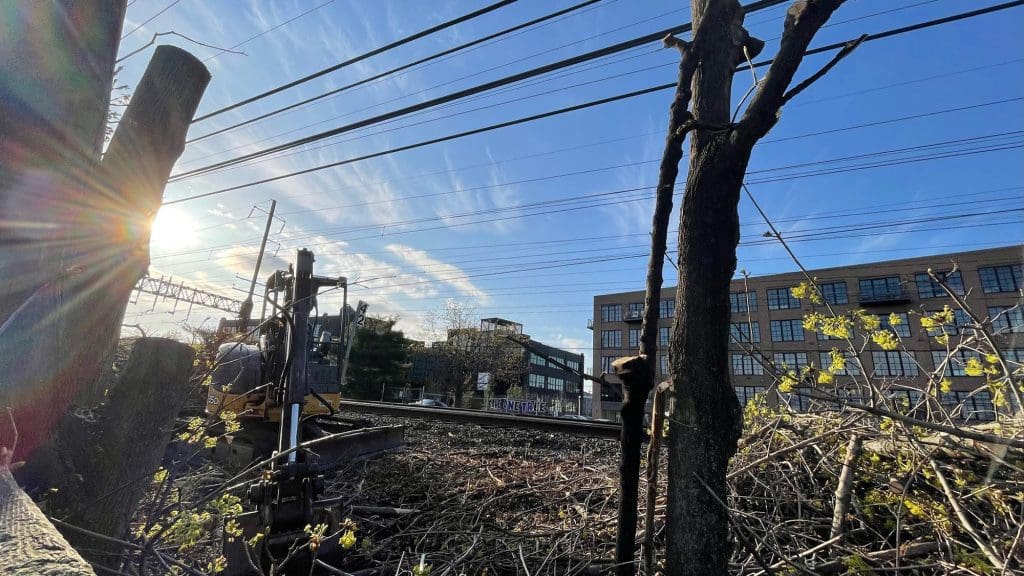 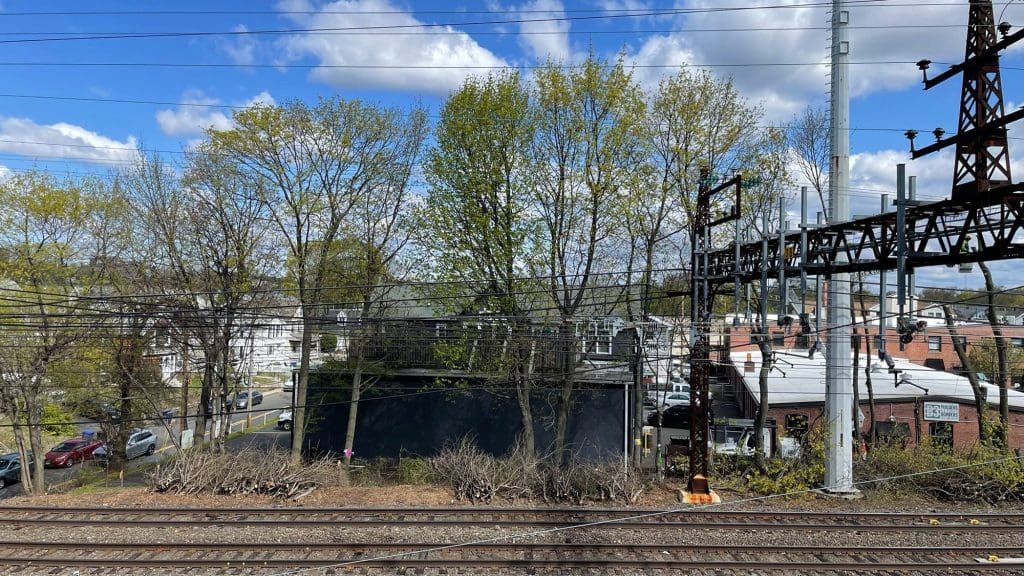 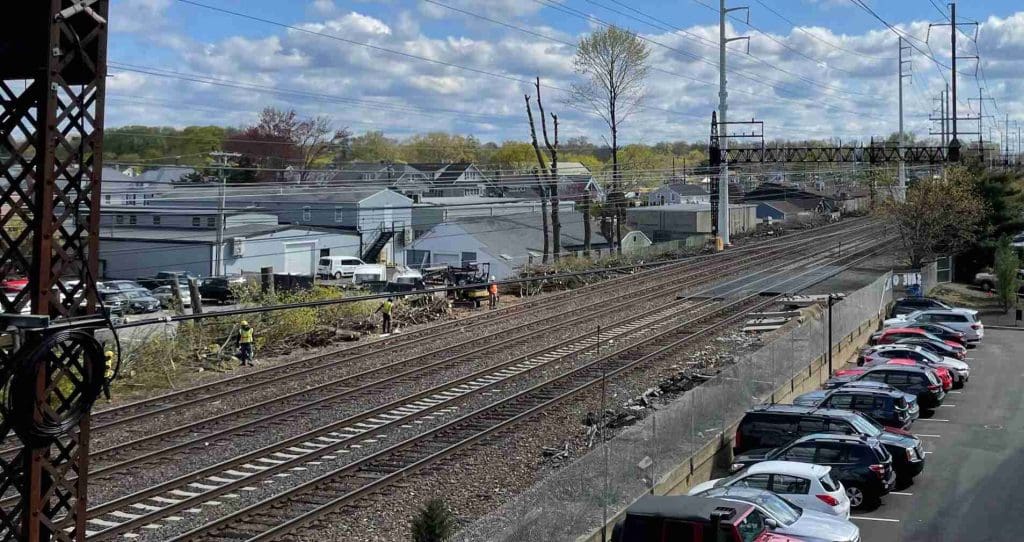 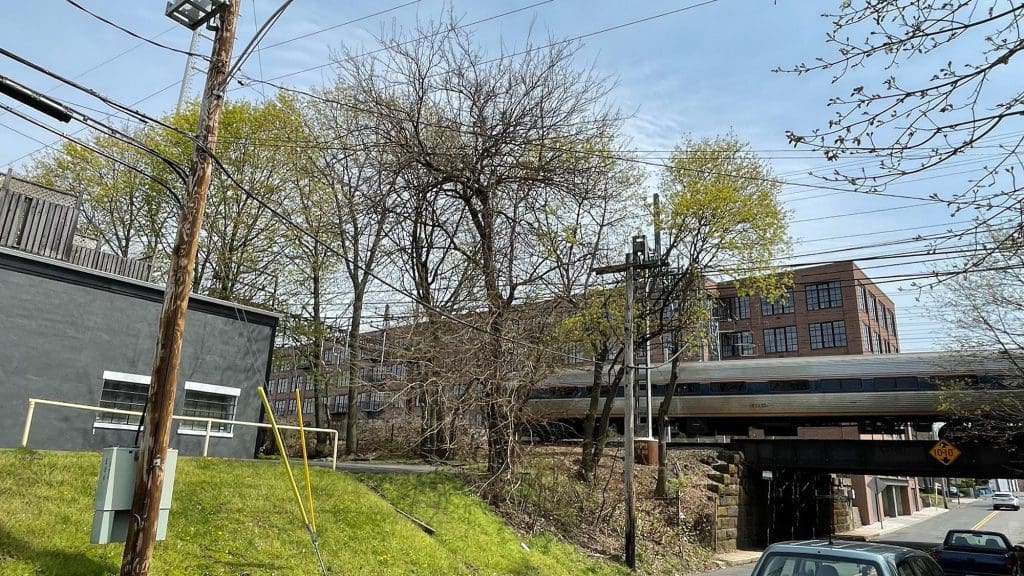 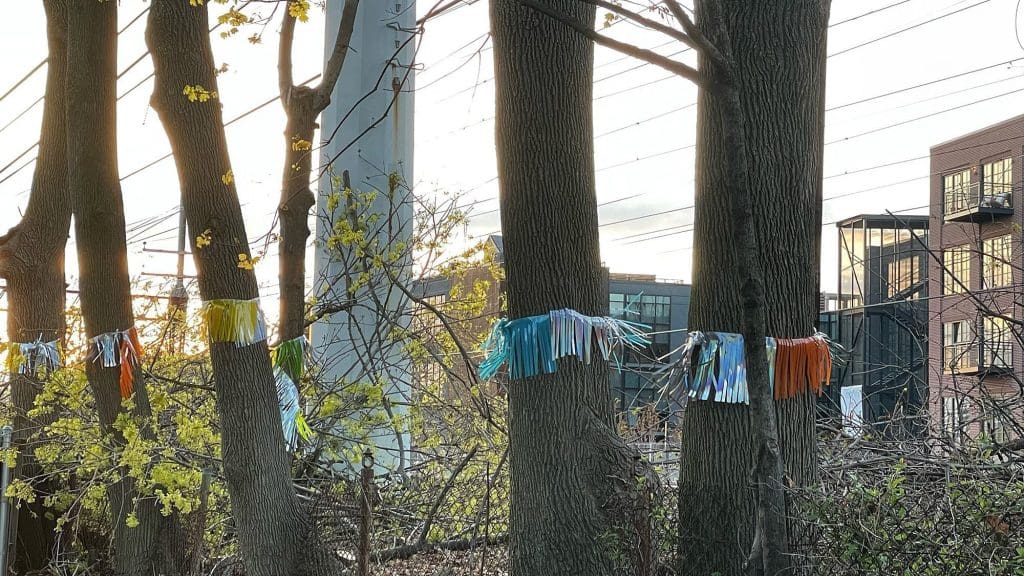 Thank you Katherine, for lifting up this message!

How come these trees weren’t an issue in the past?

This project is so disturbing and seemingly too broad. I am concerned about the use of herbicide along the tracks. Thank you Kathrine for bringing this project to our attention.

I second Diane! It’s too late to save the trees that Eversource has murdered, but now is the time to demand that Metro North BURIES its wires. As climate change escalates (thanks to such stupidity as cutting down the trees that absorb carbon dioxide and generate oxygen!), the weather will be more and more violent, especially rain and wind. These high electrical wires on their poles will be knocked down. BURY THE WIRES. The wires are buried along Wall Street. Why aren’t they buried along the train tracks?? Eversource should invest in the future instead of generating a financial windfall for tree companies.

Trees are an important part of the urban and suburban environment, but that doesn’t mean that no tree should be removed ever. Eversource has a solid rationale for this tree-removal program. I clearly remember that before Hurricane Sandy Eversource was doing an inadequate job of clearing trees that endangered power lines, and was properly criticized for contributing to Sandy’s extensive power outages. Now, Eversource is being appropriately pro-active and is still drawing criticism.

Katherine, thank you. Rhetorical questions: At a time when Norwalk’s tree canopy is the lowest in Fairfield County, why is this being allowed? Can’t the City of Norwalk ask for a halt to this sort of butchery? If not, does that mean Eversource is our unelected Lord and Master? As “Tph” asks, why are these trees suddenly an issue?

When Nature “gets in the way,” that is the moment we need to question how we are living upon this earth and move forward with justice and intelligence for the long term. Thank you, Katherine, and Diane and all those involved in environmental health in Norwalk. The folks at Eversource seem out of sync and why we have given them this level of power is a mystery to me.

I say No water no life, No trees no clean air or needed oxygen. I see trees being killed all around me in east Norwalk. Trees absorb a lot of rain water, Will the community turn into a big pond now? Storm water management is an issue,
Just thinking responsibly here.
And yes I too ask why was Avangrid given the power to do this?
Here is my headline
‘I can’t breathe!’
Election cycle ahead… time to eject! Vote out those that have allowed and contribute to destroying our air quality. Quality of life!
I like breathing, do you?

Trains on the New Haven Line’s main line and New Canaan branch draw electrical power from overhead wires called a catenary. So they can’t be buried. And if they were eliminated, the trains would have to be pulled by diesel-powered locomotives. The most advanced rail systems around the world operate using catenary systems.

If you are a Eversource Customer. Reach out and plead with them to plant new trees elsewhere for each one they have to remove. If we all contact them appeal to their nobler motive.

I bet we get a positive response. I will write a note saying We understand your best practices and the need to keep our powerlines clear of branches. Having said this more trees are better than less tree’s. Please work with us the Fairfield Community, Your stake holders to provide more beautiful trees in our community for obvious reasons.

Glad this story got attention.