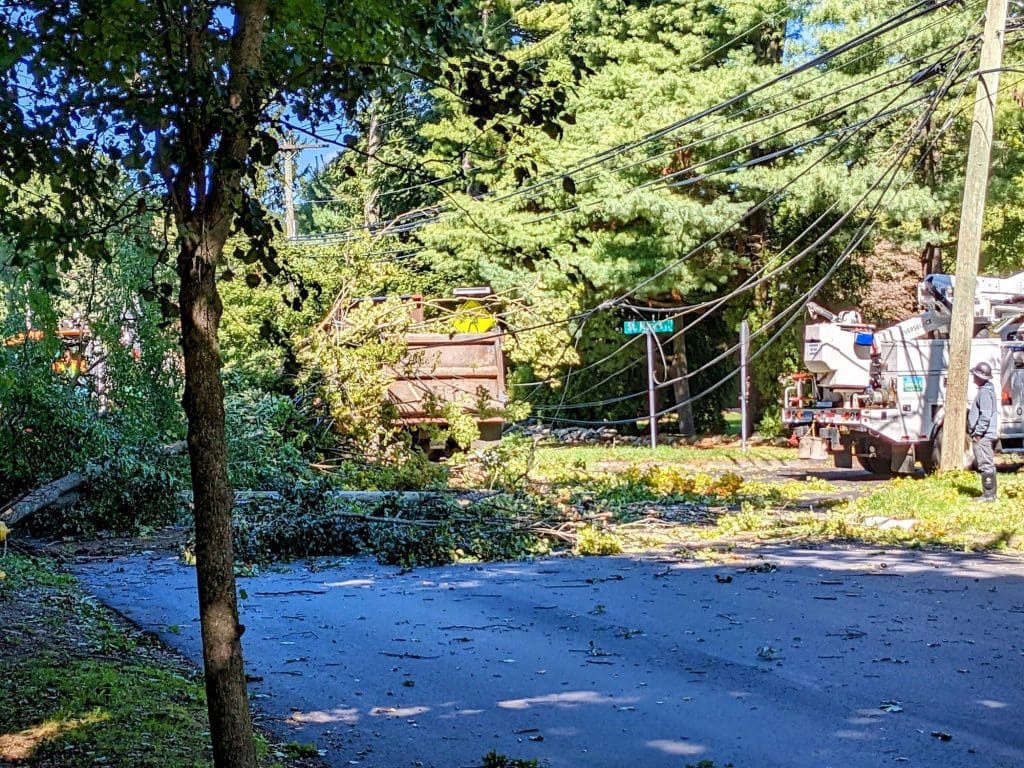 NORWALK, Conn. — Jeff Tauscher set out to get a photo of a fallen tree Friday and eventually discovered the tree had fallen on a truck, at the intersection of West Rocks Road and St. Mary’s Lane.

Norwalk Police were alerted at 10:47 a.m., Sgt. Sofia Gulino said. A tree had landed on a tri-axle truck, partially smashing the cab.

“Additionally two telephone poles with wires were brought down, adding to the danger. The driver was able to sink down in his cab fast enough to avoid any serious injury, and escaped through the broken front windshield,” Gulino said. 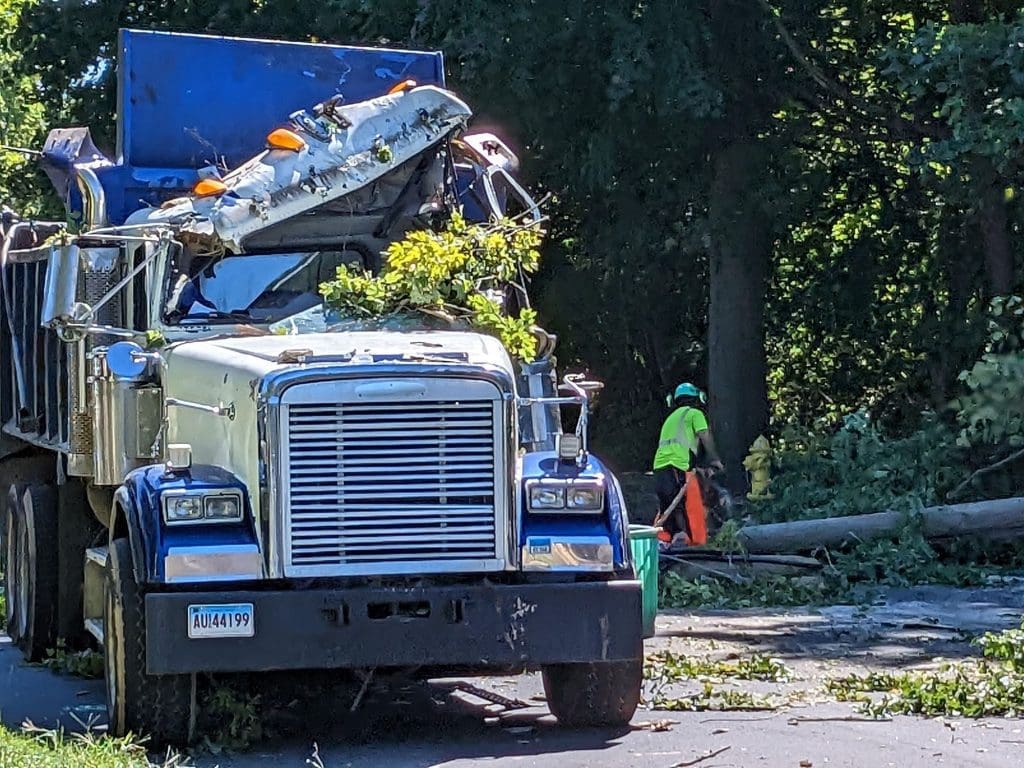 The driver was taken to Norwalk Hospital with minor injuries and was released that afternoon, she said.

Tauscher said he called Eversource and learned that 935 customers were without power because of the incident.