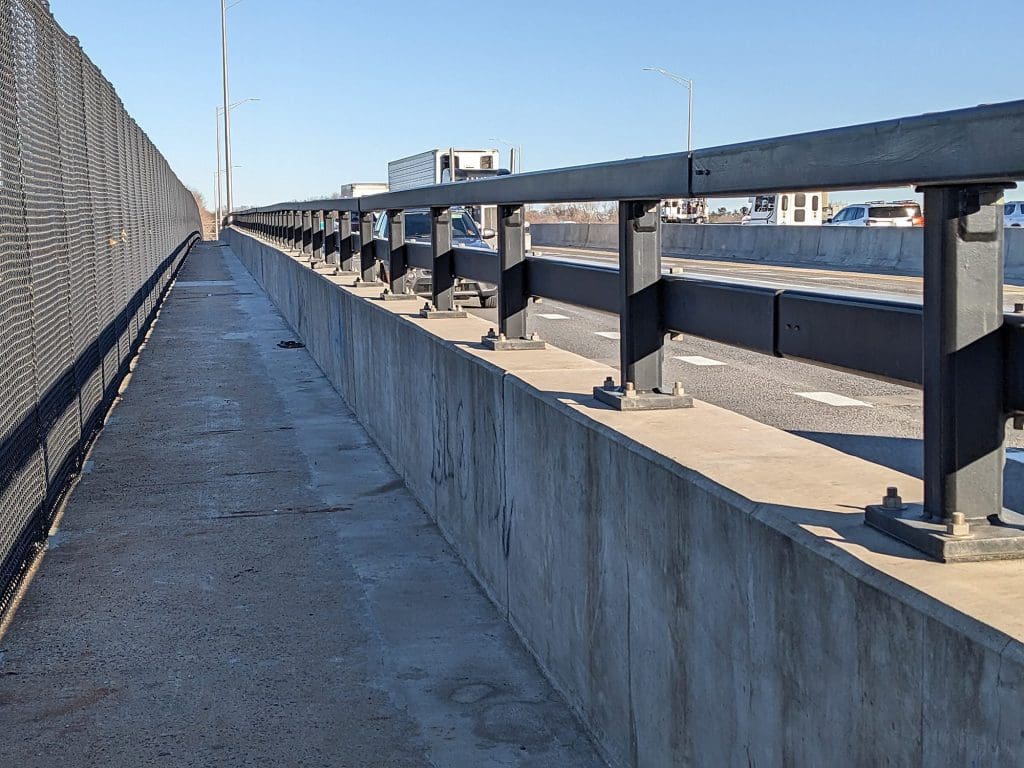 NORWALK, Conn. — The Yankee Doodle Bridge sidewalk has reopened. Experienced pedestrians will notice the enhanced concrete barrier that seperates them from the passing tractor trailers. On two recent walks, NancyOnNorwalk felt increased stability, without the vibrations that previously accompanied the bridge’s up and down movement as it carries Interstate 95 (I-95)’s heavy traffic over the Norwalk River.

The sidewalk closed in mid-2020 when the Connecticut Department of Transportation (ConnDOT) began rehabilitating the bridge as part of an overall I-95 Norwalk Westport project.

“The work on the Yankee Doodle Bridge included repairs to the structure, significant steel strengthening, and the creation of a new concrete median, both of which have resulted in less bridge movement,” Morgan explained Thursday. “It’s important to remember that all bridges have to move and flex, so people using the sidewalk will notice some vibration depending on the type of vehicles traveling across the bridge.” 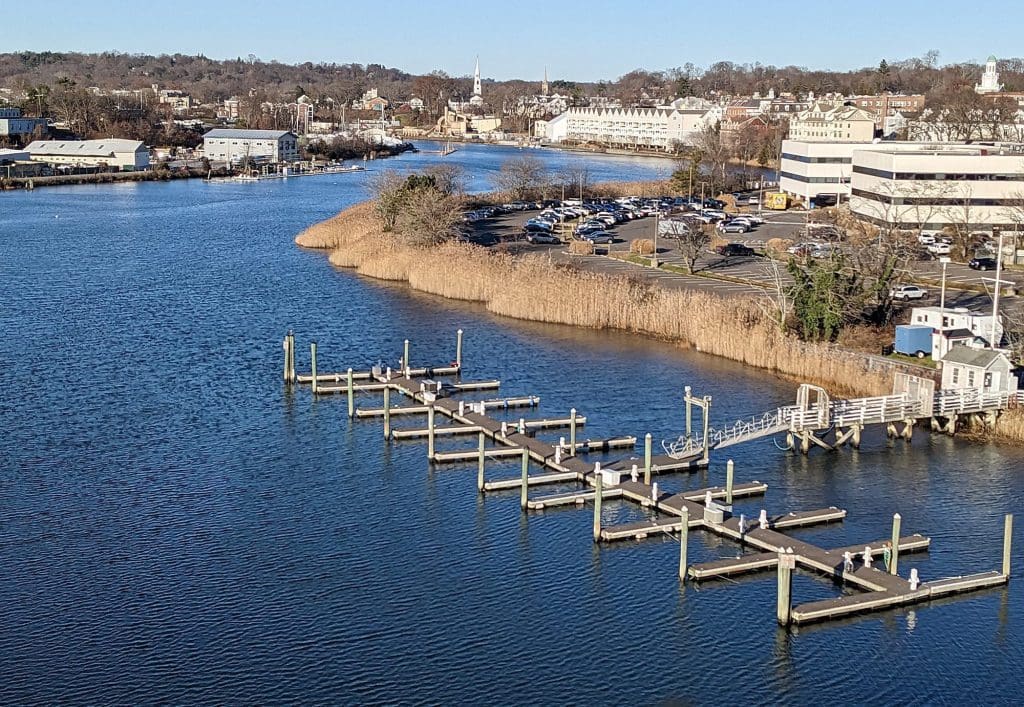 The sidewalk is “still a little rough around the edges,” Norwalk Bike/Walk Commission Chairman Tanner Thompson said, noting that it “doesn’t look new.”

Tanner said it was hard to tell if pedestrians are using the new sidewalk. “I think it was closed so long that a lot of people forgot about it.”  He personally appreciates it because a pedestrian was killed crossing the bridge during the first year of its closure.

The sidewalk should remain open through the coming year but may close briefly in 2024, Morgan said.

“There are still ongoing projects in this area, and the sidewalk may be temporarily closed due to future construction activities to ensure the safety of pedestrians and cyclists,” Morgan wrote. “Any closure would be short-term, and none are expected until 2024, given the current construction schedules. CTDOT will provide ample notice to the public for any future sidewalk closure.” 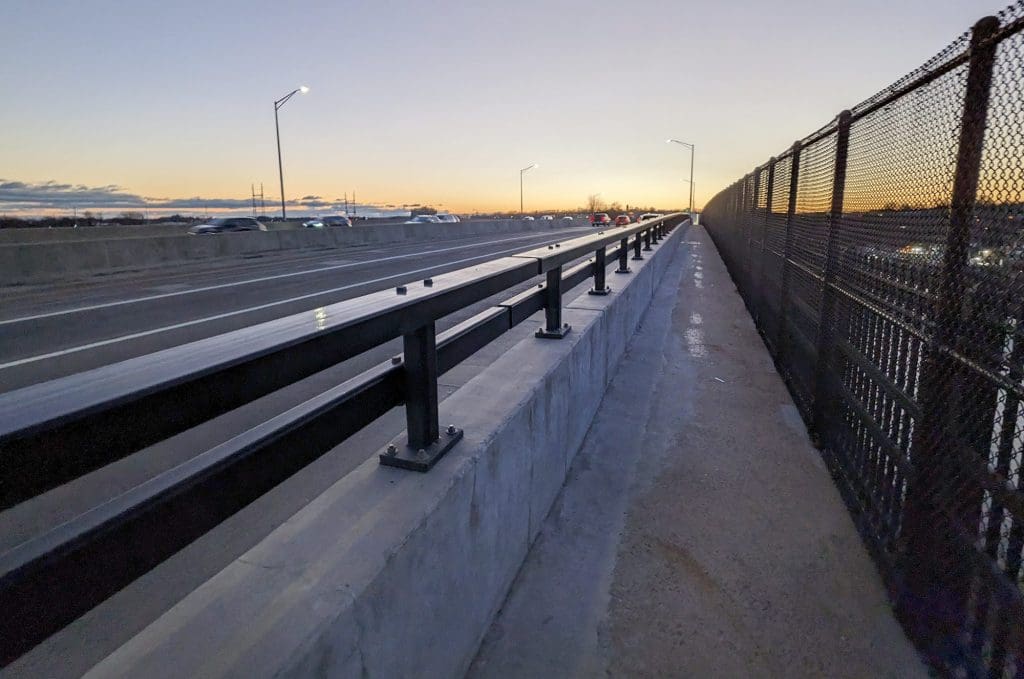 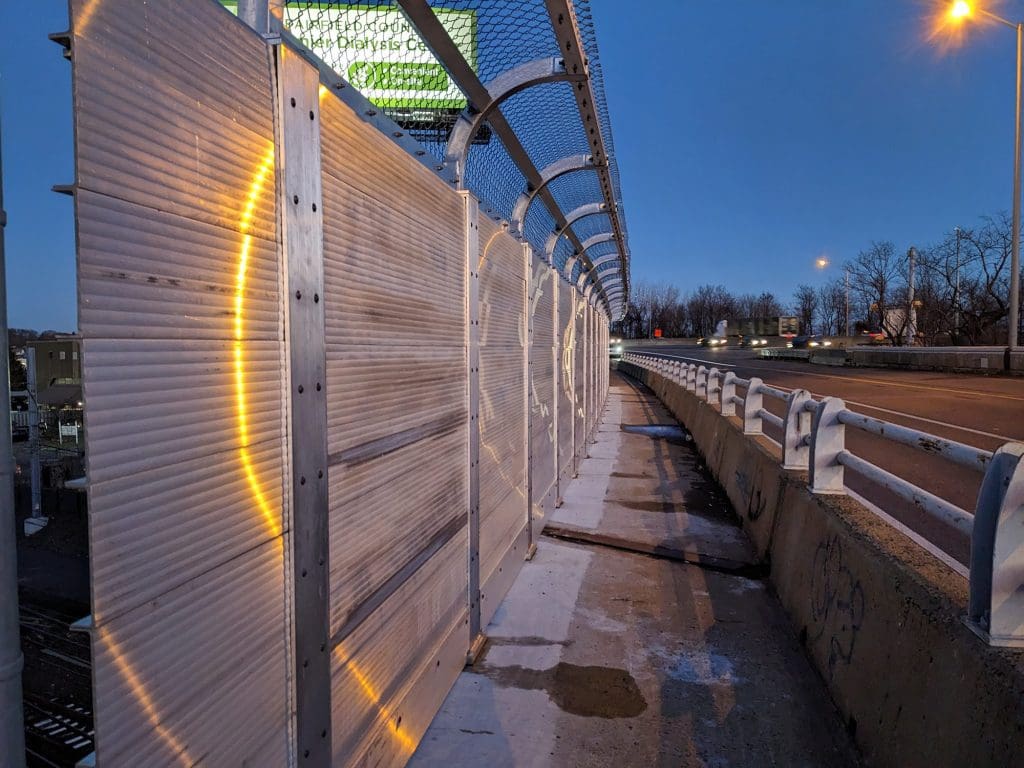 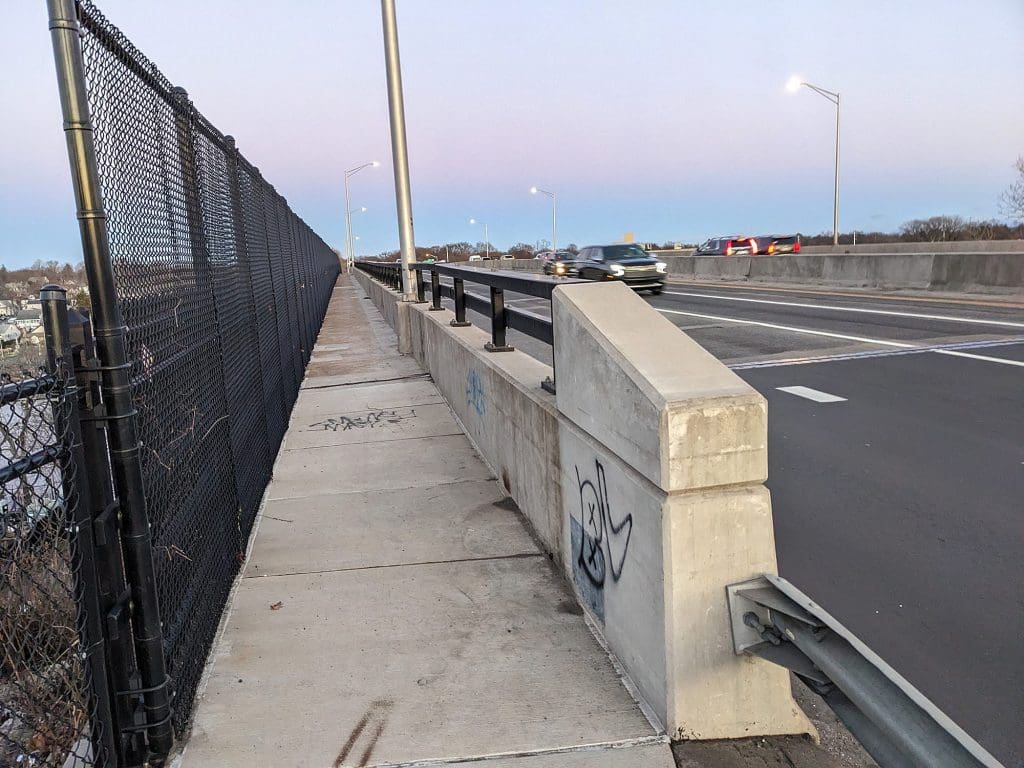 Let me erase any doubt that the walkway is being used. I use it and have seen others walking over it too. I’m grateful for its reopening.

I see some of the photos there’s already some graffiti 🙈so at least somebody’s using it. I also noticed the suicide fence doesn’t go the whole length.😩 oh, well🙏🏼the last time I walked across that bridge was August 1985, after I had flown back from Europe and arrived at the old Connecticut limo, which was basically where the mall is now🦔 boy was my backpack heavy after nine weeks tramping around Europe🥵😂🌎🎄