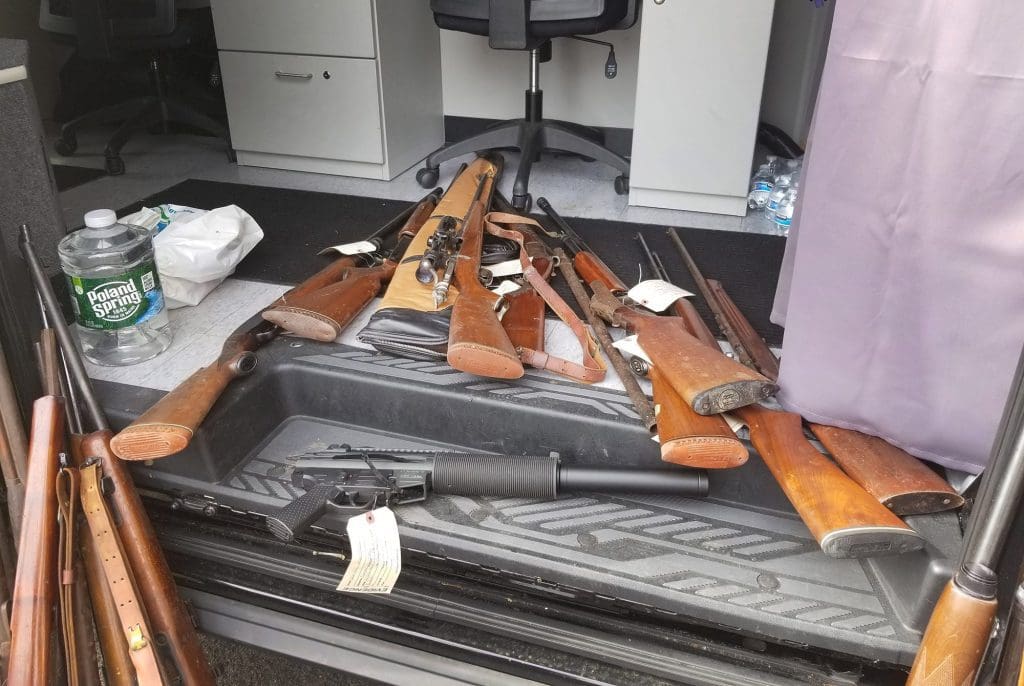 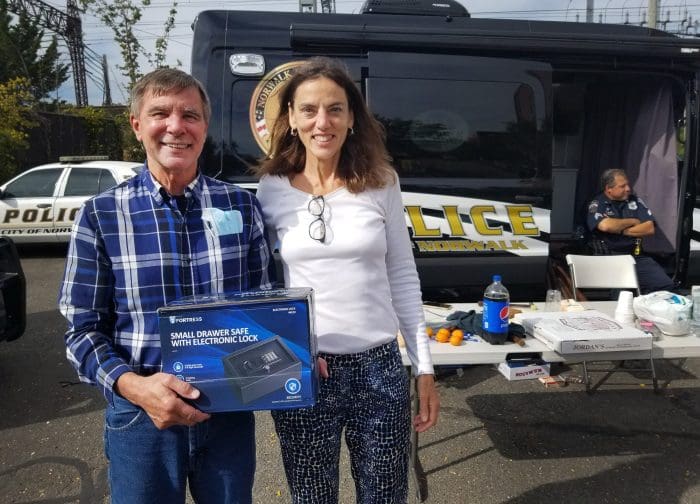 Rich Bonenfant and Diane Keefe, as Bonenfant acquires a gun safe at no charge. “He is glad to have a safe to protect his grandkids from any mishaps,” Keefe said. (Contributed)

NORWALK, Conn. – Gun owners from as far away as Trumbull brought weapons to Norwalk on Saturday, saying they’d inherited and never used them, according to Diane Keefe. 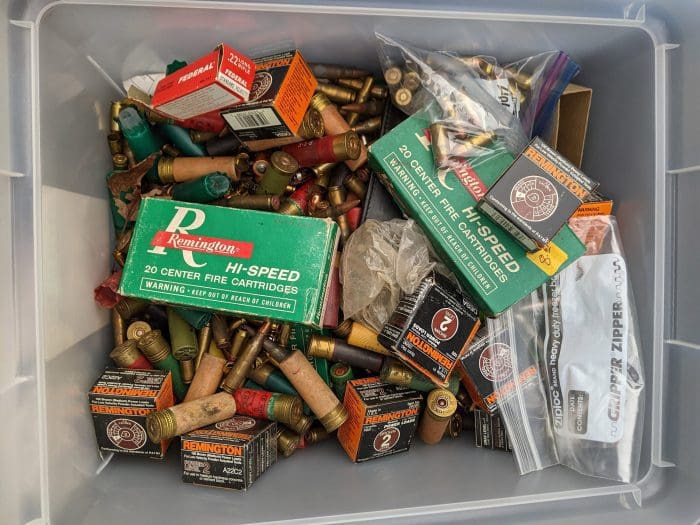 The guns will be melted down and transformed into gardening tools by Swords to Plowshares Northeast and the Wilton Quaker Meeting.  Keefe, Wilton Quaker spokesperson, said, “We believe homes will be safer from lethal accidents, domestic violence, suicide and mental health crisis with fewer guns in households. Thanks to all the donors who made this buyback possible.”

Some gun owners appreciated the idea that volunteers would turn the guns into gardening tools, Keefe said.

One Wilton man, who grew up in Norwalk, said he had a 1-year-old and a 3-year-old in the house and wanted to turn in a weapon too big for his safe, Keefe said. One Norwalk woman turned in seven operable firearms and another five inoperable ones. 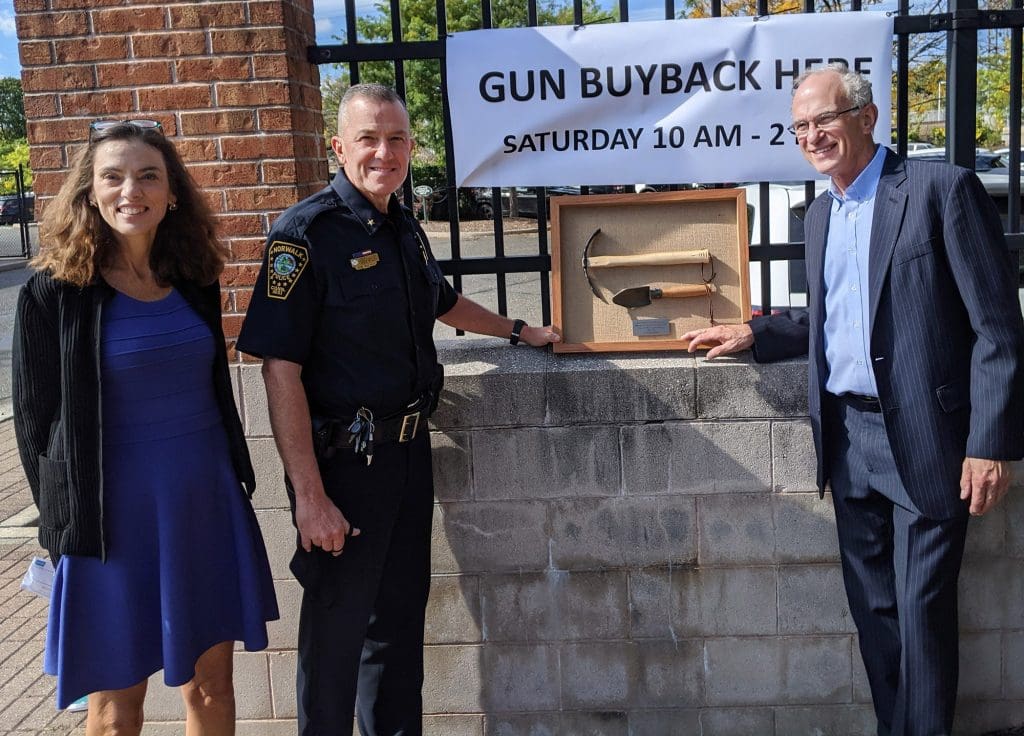 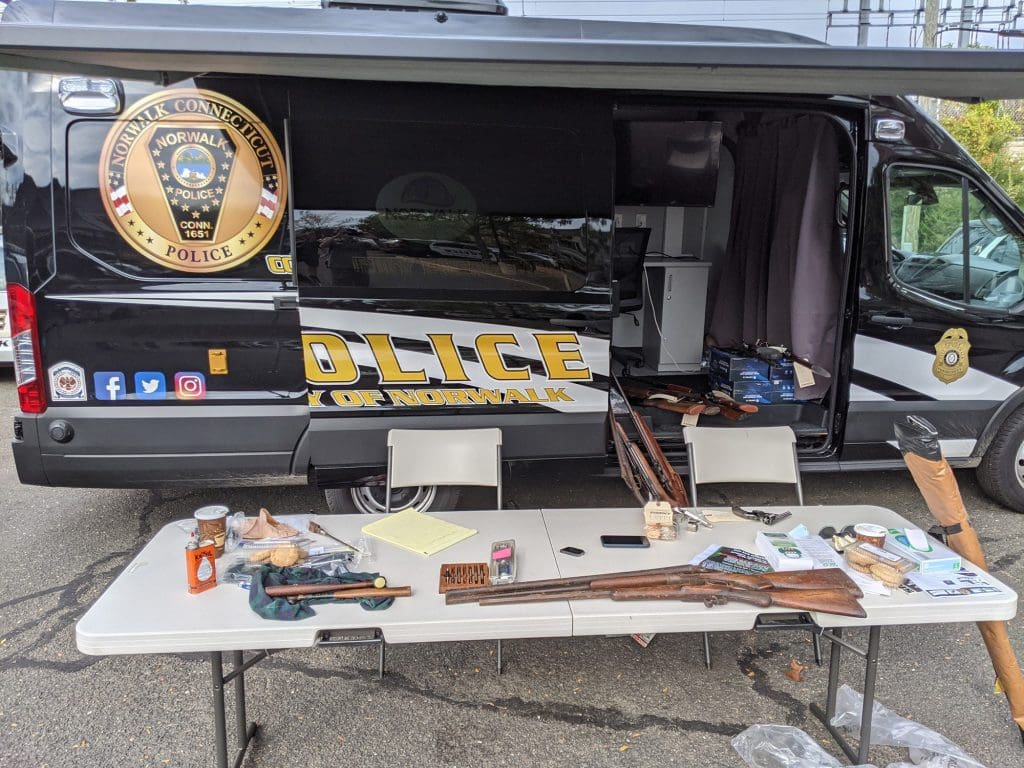 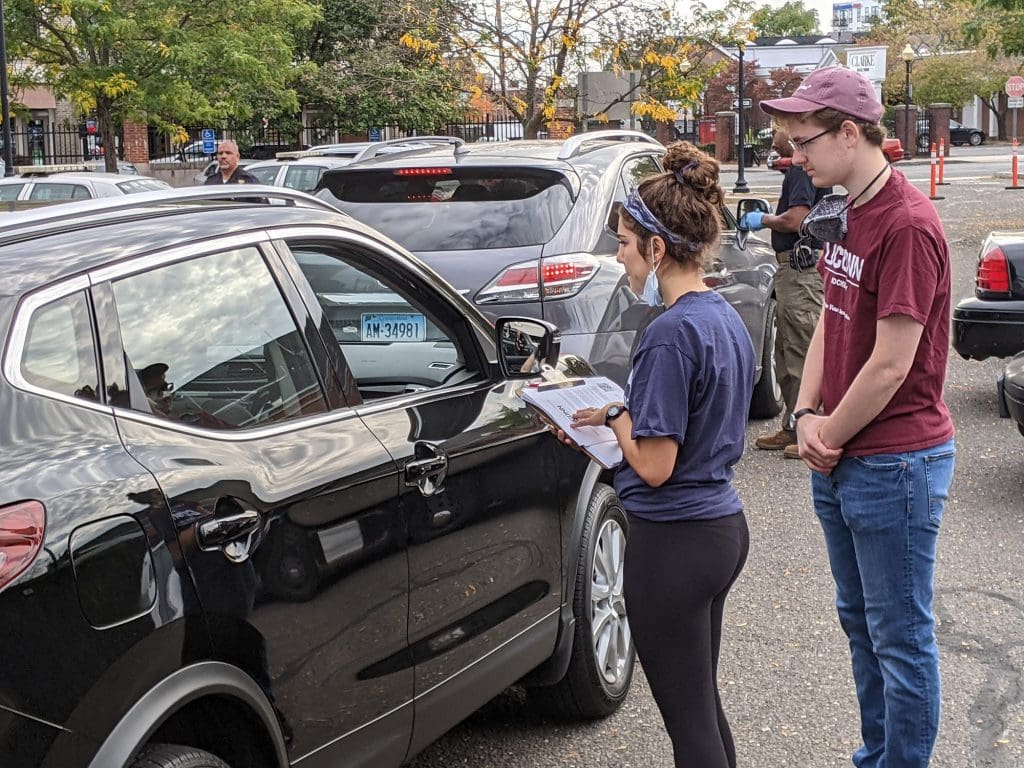 UCONN students found most gun owners willing to complete the anonymous survey that was an optional part of the buyback, according to Diane Keefe. (Peter Murchison) 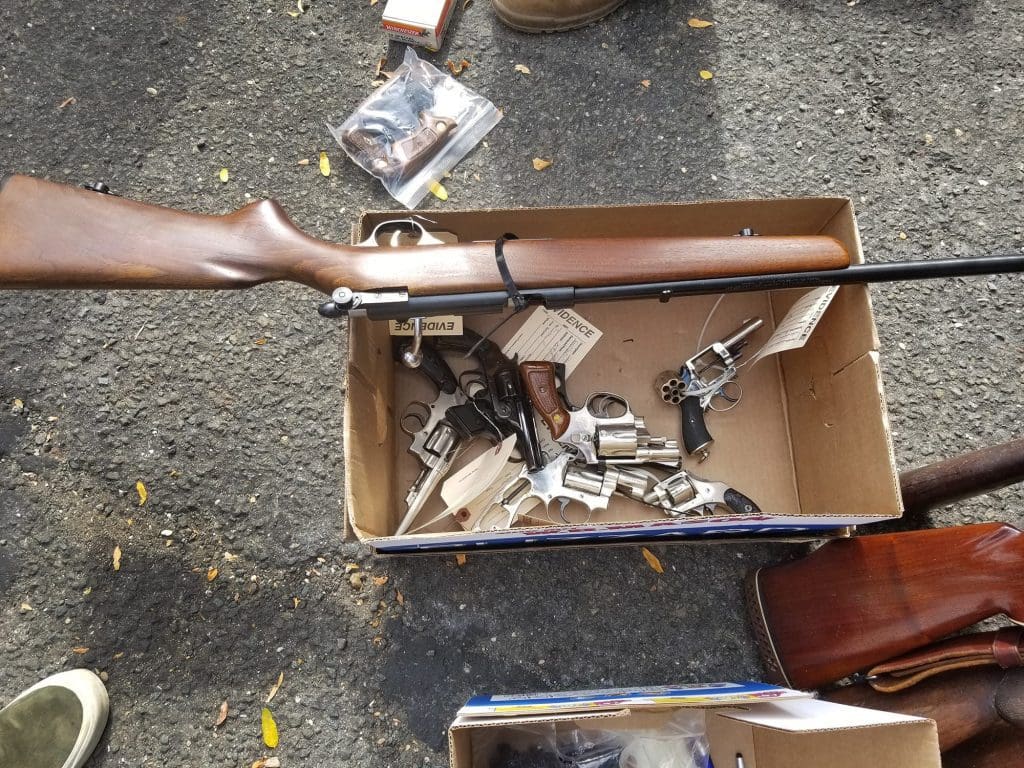 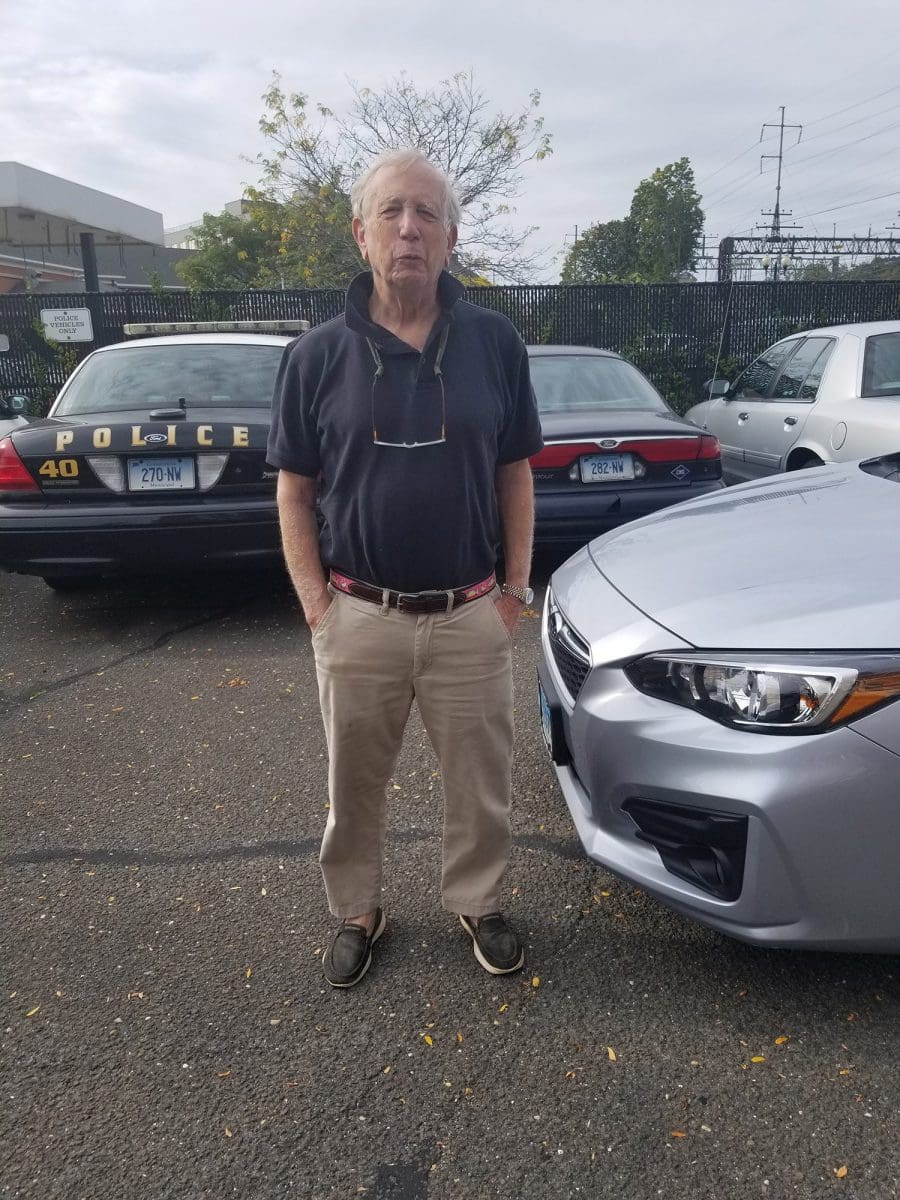 Allen Green brought guns to the buyback he had received from other seniors entering senior living residences that don’t allow firearms, Keefe said. He keeps them in a safe still registered to their owners. If the owner passes on he turns over the weapon in a buyback. He lives in Greenwich and decades ago was a member of NYC police auxiliary. (Contributed)

I grew up in a neighborhood with homes owned by older or childless people. But, in kindergarten, land at the end of our block was developed into small homes, and people with kids moved in! I rode my tricycle down & had a new friend. One day in her home, I saw a shotgun on the mantle. I took it down and chased her around outside. She was so scared that she began crying. Her parents caught me & scolded me. I ran home, leaving my tricycle there. I told my parents what had happened. My father went down to apologize for me and to retrieve my tricycle. I was so ashamed of myself that I never went to that home again & thus lost a friend.

With an estimated 350 million weapons in circulation in the US one third of which are illegally owned not much positively is going to happen without increased penalties for illegal possession. And greater police resources in our large cities where most violent gun related homicides occur.