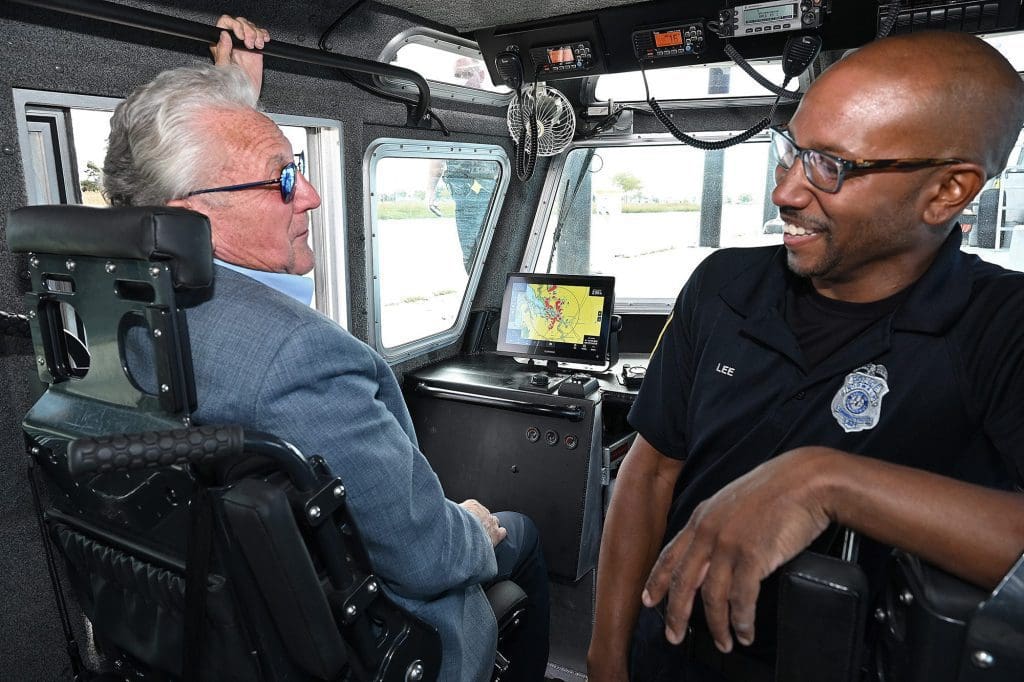 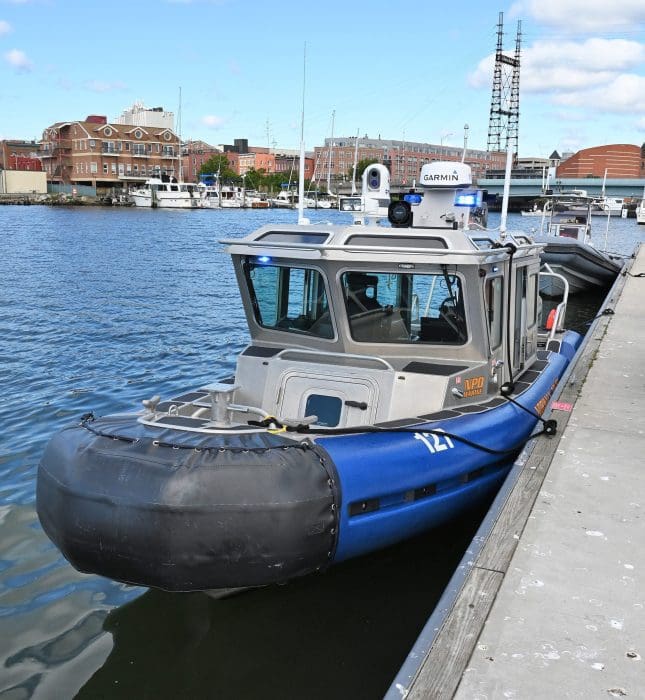 A boat acquired by the Norwalk Police Department after it received a $400,000 federal grant. (Harold F. Cobin)

NORWALK, Conn. — Norwalk Police introduced the newest boat in its Marine Unit on Tuesday along with the two officers recently appointed to handle the department’s waterfront operations.

The 27-foot-long boat, constructed in 2005, initially was used by the U.S. Coast Guard. It was refurbished at a boatyard in New Haven and put into service by Norwalk about two months ago.

Lee was on hand to describe the boat along with the unit’s new commander, Sgt. Justin Bisceglie.

The boat was acquired after the city last year received a nearly $400,000 federal grant for its purchase.

The Marine Unit also has a custom-designed 35-foot-long, aluminum hull patrol boat it purchased in 1991 and a Zodiac rigid-hull inflatable boats put into service in 2008.

Lee said the aluminum-hull boat is rated for a top speed of 48 miles per hour.

He noted the boat’s cabin can be completely sealed from the elements, unlike the unit’s center console Zodiac. However, it has limited deck space, so for transporting for the department’s dive team, for example, the Zodiac would be employed, he said. 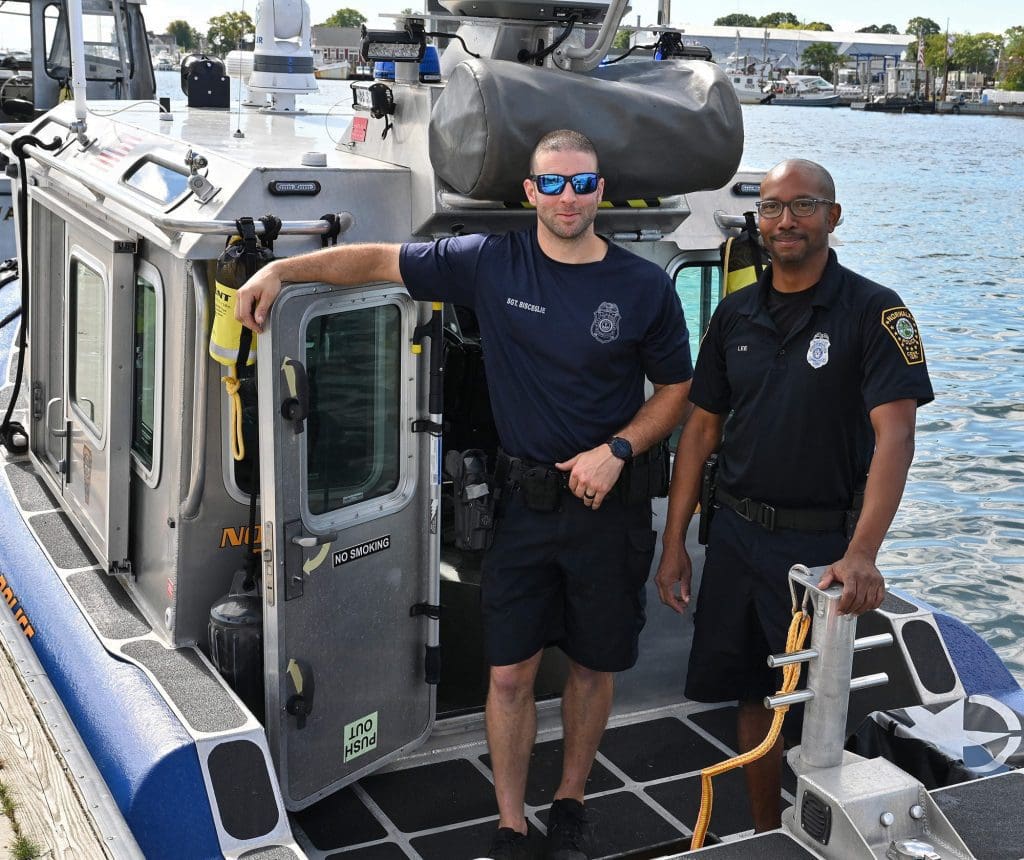 How often are the 5 boats in the Norwalk Navy in use? 3 NPD + 2 NFD. Seems like the fleet could be trimmed so the the substantial operating and maintenance costs to the taxpayers can be reduced.

Don’t forget a federal grant is OUR money – it’s not free.

Pete Lapak and Mike Silva will be missed on the water. Two of the best ever. Good luck to the new crew.