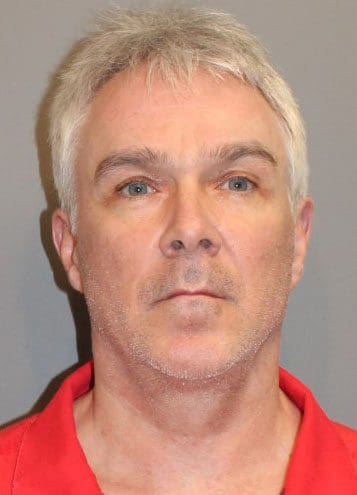 NORWALK, Conn. — Norwalk Police are hoping they have finally brought justice in the 1986 murder of 11-year-old Kathleen Flynn.

Marc Karun, 53, of Stetson, Maine, was arrested Wednesday in Maine as a fugitive from justice. He was brought back to Norwalk and is being held on $5 million bond, charged with murder with special circumstances and kidnapping first degree. The Hour reports that “Karun would need to put up 7 percent of the bond — $350,000 — in order to be released.”

Norwalk Police Chief Thomas Kulhawik, Mayor Harry Rilling and Lt. Arthur Weisgerber, Commander, Crime Scene and Identification Unit, met with the press Tuesday to offer brief remarks on the arrest in what they said was one of the most shocking crimes ever to happen in Norwalk.

“This is the fourth cold case homicide our investigators have closed with an arrest in the past two years. It shows that although cases may be cold, they are never closed,” Kulhawik said.

“After working on it for all of these years to bring it to closure is nice, but I still think it’s bittersweet, because nothing can bring back Kathleen Flynn,” Weisgerber said.

Numerous news reports state that Flynn disappeared while walking home from Ponus Ridge Middle School on Sept. 23, 1986. Her body was found the next day; she had been raped and strangled to death.

Karun grew up in Norwalk and lived less than two miles from the school when the middle schooler was killed and had been suspected by police as early as two weeks after her body was found, The Hour reports.

Karun was arrested three times in the late 80s for sex crimes, one before the homicide and twice afterwards, according to Inside Edition.

News Center Maine offers a summary of the affidavit, which describes early police attempts to solve the homicide and states that in 2017, a Connecticut judge approved a warrant to allow Maine State Police to collect DNA sample from Karun, to compare them to fingernail scrapings from Flynn.

“Lt. Weisgerber has worked diligently over many years, tracking and eliminating many leads, seeking new evidence and working with our state crime lab to review evidence using the newest techniques available,” Kulhawik said.

Rilling said he has spoken to the Flynn family and they expressed “extreme gratitude” for the arrest.

“We wish to thank the Norwalk Police Department for bringing Kathleen’s murderer to justice. This continues to be a very difficult time for us and we do not wish to make any further comments,” the Flynn family said in a statement.

“Throughout the past 30 years plus, the Norwalk Police Department has been in constant contact with them, updating them at every turn of the investigation so whenever anything happened, they were the first ones to be notified,” Rilling said.

The Washington Post reports that Karun has been creeping his Maine neighbors out and they’re glad to see him behind bars.

Thoughts and prayers are with the Flynn family. A sick monster is off the streets. I can only hope he suffers a pain like he has put this family and community through. As twisted as it is in prison they have their own justice. And i can only hope he suffers every minute of the rest of his worthless life. Unfortunately ct no longer has the death penalty. And thankfully the Norwalk pd never gave up on finding this animal. Hopefully there aren’t other victims he has killed.

Agree R. Turner. Not only did we do away with the death penalty, but our legislature made sure he’ll get free phone calls and they are still working on his right to vote. God rest Katie Flynn and prayers to the family.

May God Bless the Flynn family and forever comfort them – my prayers are always with them. This case was the epitome of innocence lost for the community during the 80s. This wretched, sick and twisted monster does not deserve the light of day. I’ll keep my fingers crossed that massive pain and suffering is inflicted on his remaining days.