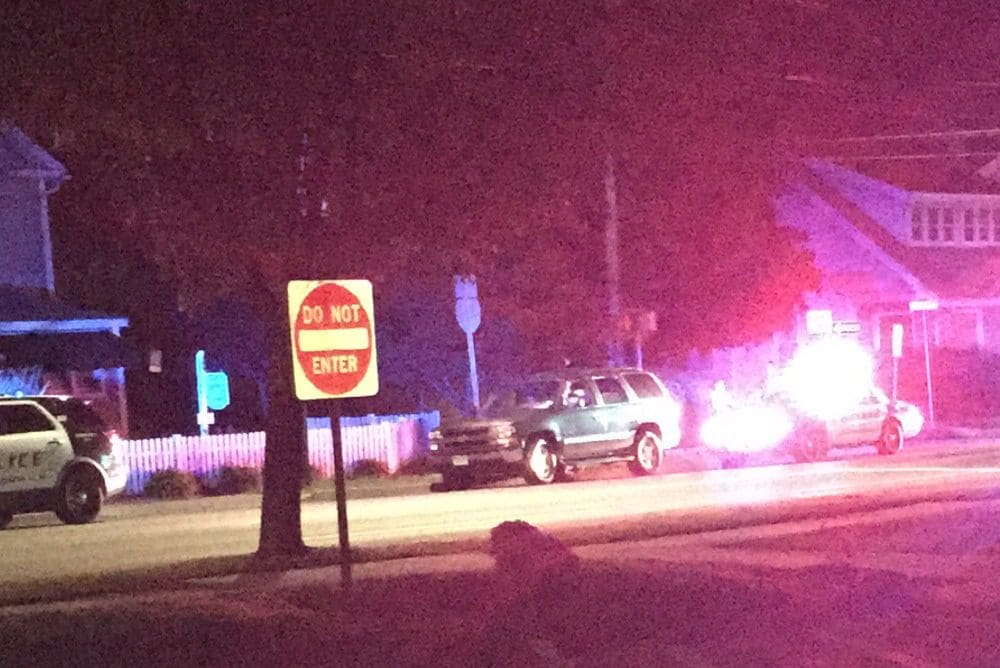 An SUV suspected of being involved in a Wednesday night East Norwalk egg-throwing incident is stopped by Norwalk Police. (Contributed photo)

This revelation stems from the alleged egging of Democratic District C Common Council candidate John Metsopoulos, who filed a police report saying that some people in a van threw eggs at him late Saturday as he was walking home from Harbor Lights, a Seaview Avenue restaurant, with the catcall, “You’re going to lose.”

A commenter on the story said her daughter was egged Wednesday, and a ticket had been issued.

“There were some kids pulled over and ticketed on East Avenue last night with eggs in their car, they hit my daughter while she was walking over by Naramake School and a car on Saugsatuck Ave. in Westport, so maybe he was egged but it could very well have been the same teenagers that were out last night, probably not politically motivated,” the commenter “Deb” said.

NancyOnNorwalk contacted Resnick, who in an email confirmed the account:

“The Norwalk Police are investigating a case where a 14-year-old female pedestrian, walking near Naramake School, was struck on the leg with an egg just prior to 10:15 p.m. last night, Wednesday, 08/12/2015. The young woman refused medical attention at the time; however the egg left a bruise which was photographed by her mother.

“The vehicle from which the egg was thrown was stopped by responding officers on East Ave. near the intersection of St. John Street. The vehicle contained four young men; all were under 18, and thus considered juveniles under the law. The driver of the vehicle did not have an operator’s license. The vehicle did contain several dozen eggs which were photographed as evidence. The investigating officer believes that the young men in this vehicle are responsible for throwing the egg at the 14-year-old pedestrian and may also be responsible for throwing an egg at a moving motor vehicle in the East Norwalk area.

“The officer is continuing his investigation this evening. As a procedural matter, charges are typically filed at the conclusion of an investigation, as opposed to piecemeal throughout the investigation.

“It is too early to say if these young men may be responsible for the eggs thrown at Mr. John Metsopoulos on Saturday evening.”

I’d like to thank the teen who was egged, an obvious prank but a dangerous one that could have caused her injury, for not claiming that this was politically motivated. I can only imagine that the teens in the vehicle did not think the victim was a candidate for office and did not yell out “you’re going to lose” as they struck her with the eggs. I have no idea of the party affiliation of these underage teens or their parents for that matter.

Thanks to the Norwalk Police and whomever it was who identified the vehicle (apparently they were able to tell the difference between a van and an SUV, even in dim light) for putting to rest “Egg-gate.” If readers are interested they can check on other interesting facts about Mr. Metsopoulos by looking up stories and editorials printed in the Fairfield Minuteman regarding his behavior. His arrest records are also available. The one when he struck a woman’s car from behind and fled the scene is a good one to start with. At least he didn’t egg her.

It’s possible that the eggers may have simply yelled “you’re a loser” and then bombed him, how in dark or dimly lit streets were they to know who they were egging? Seems like it may have been a pretty good target for drama.

NoN – was it ever determined why he waited 3 to 4 days to call the police?