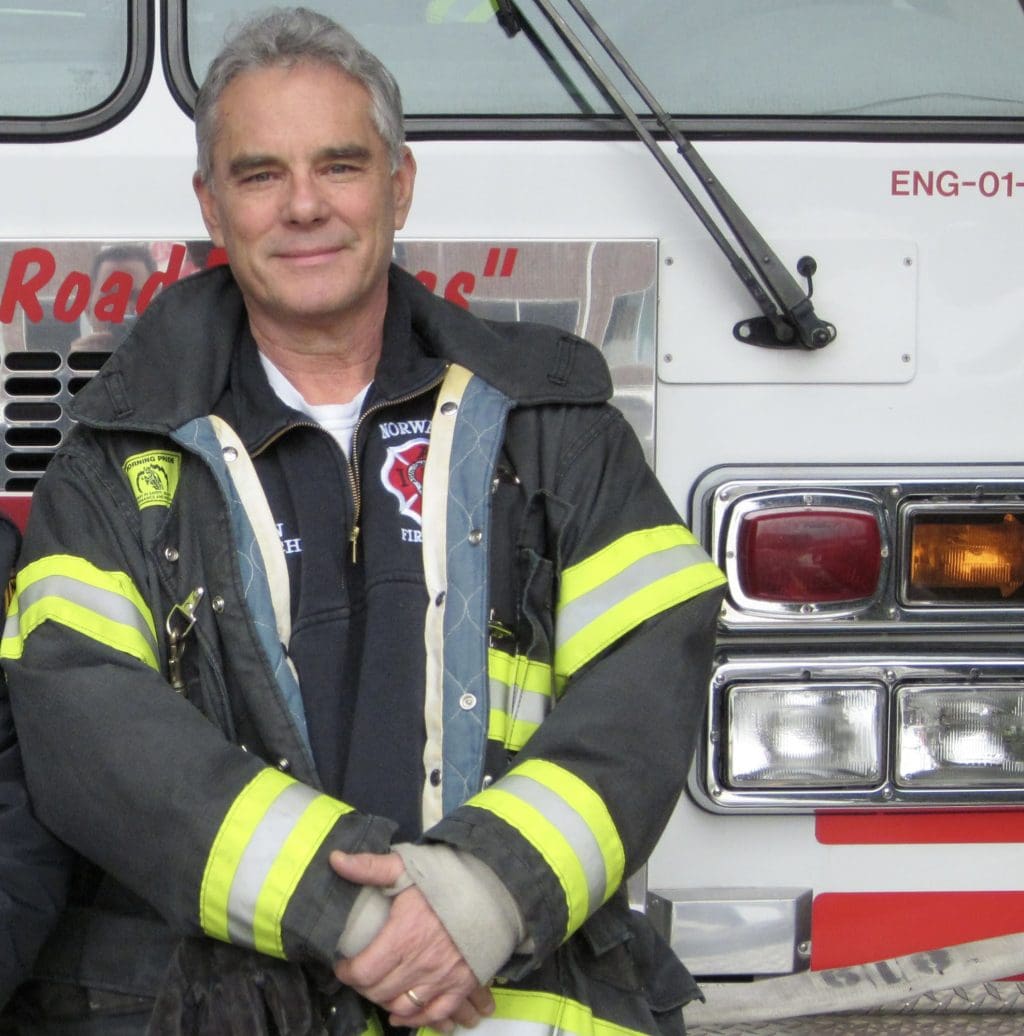 Auerbach, a Republican, is a Norwalk firefighter. The newcomer to politics is challenging incumbent Council member John Kydes and his Democratic running mate, Jenn McMurrer, and Scott Goodwin of Independents for Norwalk.

It’s highly unusual for the police union to endorse a Council candidate.

Auerbach, a lifelong resident, has been with the Norwalk Fire Department for 43 years. He is a captain.

“We would be crazy not to do everything we can to support him in his quest for Common Council,’ O’Connor said.

Auerbach, a native East Norwalker, isa Vietnam veteran who still lives in the home he grew up in, is Third Taxing District treasurer and on the board of the Marvin Beach Association, and is a former East Norwalk Improvement Association board member.

For years and years our City’s Police Union has traditionally endorsed incumbent candidates.
Is this break from past practice a sign of independence and genuine concerns ?

Read Auerbach will be a breath of fresh air to the common council. He is a stand up guy and cares about Norwalk at its core. 43 years as a firefighter says it all! He should have run for mayor! Good Luck Read