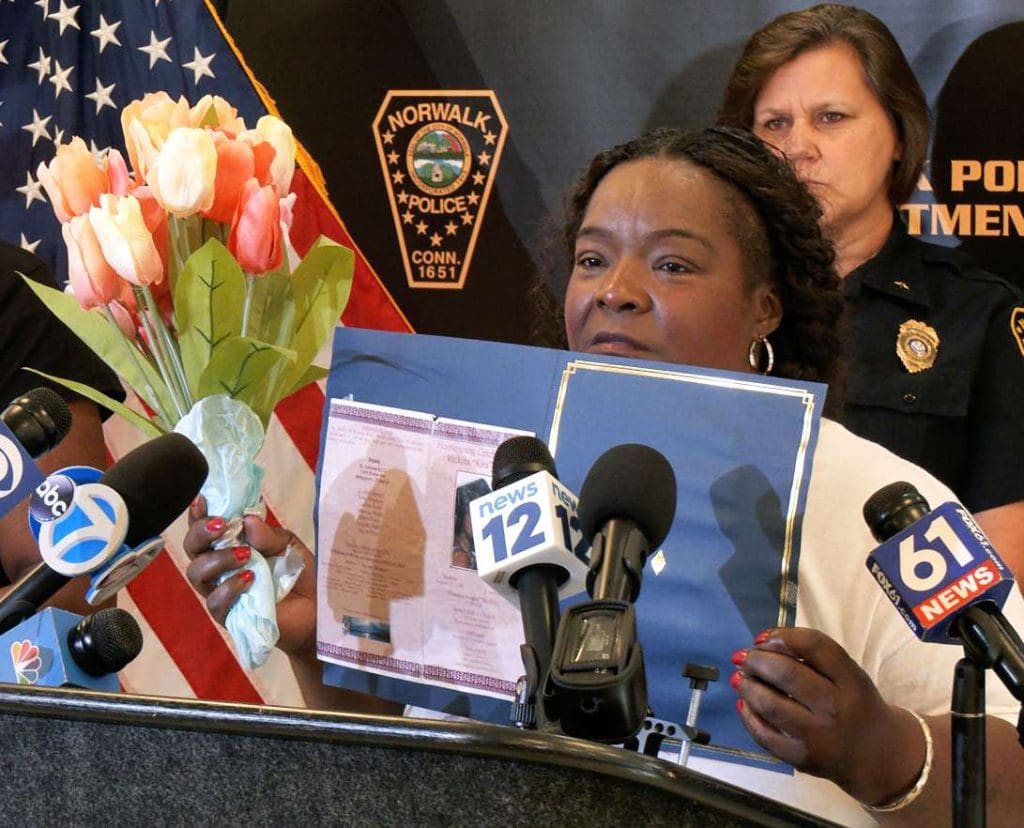 Barbara Smalls holds up the flowers she plans to put on her late grandaughter’s grave, Tuesday at Norwalk Police headquarters. (Harold F. Cobin)

NORWALK, Conn. — Police say they have a person of interest in the double murder 11 years ago of two people parked in a quiet Norwalk neighborhood. They hope someone will come forward with information to help solve the cold case and are emphasizing the State’s $50,000 reward for information leading to an arrest and conviction.

Early on the morning of Friday Aug. 6, 2011, Bridgeport residents Rickita Smalls, 22, and Iroquois Alston, 27, were found shot dead in a parked car on Avenue B. In 2013, then-Gov. Dannel Malloy authorized the reward.

“I’m pleading that anyone that has any information, no matter how big or small, to please dial up and just give them whatever information that you have,” Barbara Smalls, grandmother of the younger victim, said Tuesday. “You may think that it’s just a small piece, and that it doesn’t matter. But it does.”

“I pray that phone calls will come in today. The pain is never going to go away. But we’ll have a little closure in reference to this double homicide,” she said. 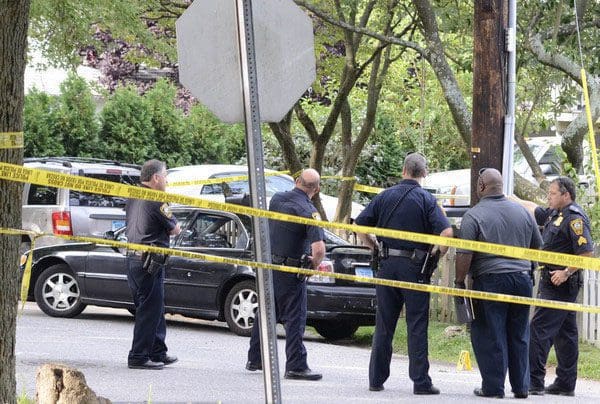 Barron said Norwalk Police will “absolutely” protect the identity of anyone who comes forward.

“If people do have a fear of coming forward and fear of retaliation, it’s completely understandable, something we’ve run into numerous types of investigations,” Det. Christopher Imparato said. “But I’ll just reassure them as April did, their identity and their safety will be paramount to us. That comes first and foremost.”

He said, “The most important thing is people coming forward and providing the information we need to corroborate information that we have.” Norwalk Police are aware of people they believe could help and “then I’m sure, just as in every investigation, we’d be surprised to find out there are people out there that aren’t on our radar that have information that would be helpful.”

You might think it’s a small detail “but you never know how a small detail can really help in an investigation and move the ball forward,” Imparato said. “And again, we remind everybody that there is a $50,000 reward. So whatever their motivation is, to do the right thing or the money, it doesn’t matter to us just as long as they come forward and help us.”

Smalls was nine days away from her 23rd birthday, her grandmother said. Now, the family is putting flowers on her grave instead of celebrating. 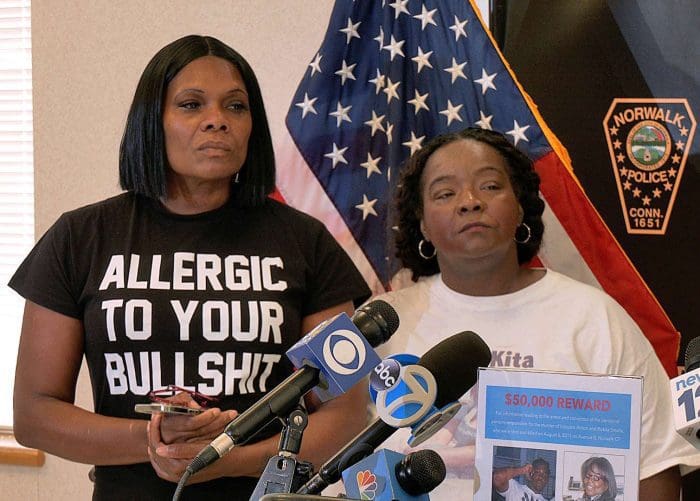 “That was my daughter’s only child, she couldn’t be here today. Because my daughter, she just she trembles – I give my daughter a hug, and I feel her hurt from missing her child,” Barbara Smalls said. “This is a pain that will never go away.”

Barron said her son used to say, “Let the streets handle the streets.” She didn’t know that one week after a conversation like that, he’d be killed.

Very tragic and unsettling, that after 11 years, no justice. A person capable of that is not someone anyone would want to go against. I respect the courage of these women, speaking up to encourage cooperation. Sadly talk does not produce evidence or motive… much less an arrest/case. Seems like, If the one that shot them does not come forward, there will be no justice. If the person is still around? that saying “live by the gun… ” kinda reflects the comment one of ladies noted the deceased man stated “let the streets deal with the streets”
Sincerest condolences to the loved ones that live with these losses. In this matter and all others… so many, so so many. The needed changes is not up to legislation or law enforcement, it is up to us, the community, environments, teachings, and life lessons to make our right for the pursuit of happiness sucessful!