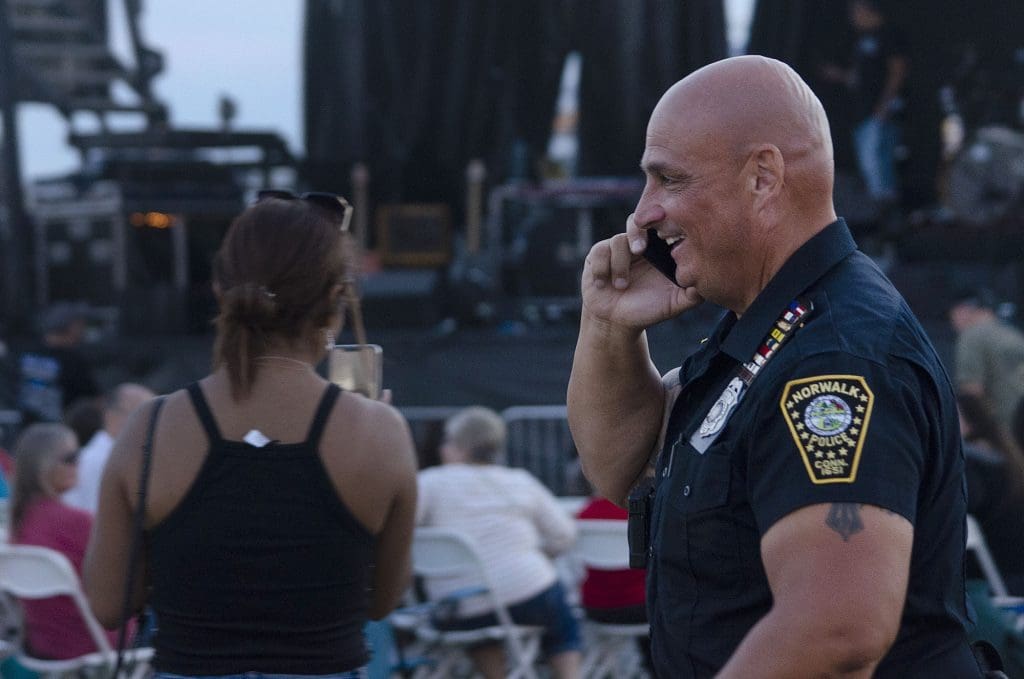 NORWALK, Conn. — Some Norwalk political briefs for you: 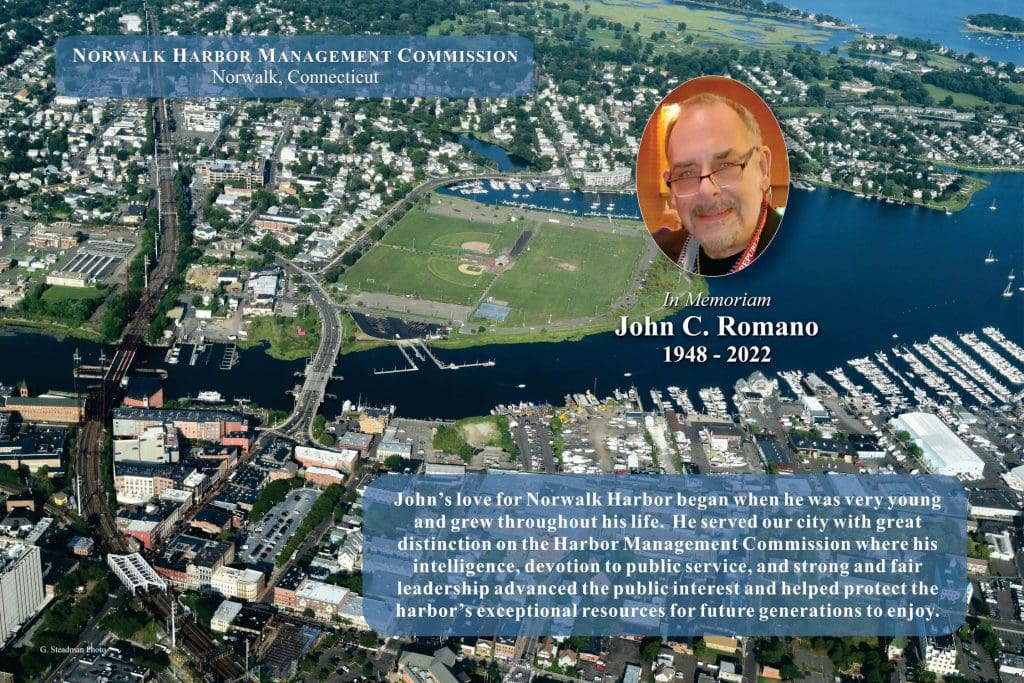 A tribute to the late John Romano, from the Norwalk Harbor Management Commission. (Contributed)

Mark Suda went to see his dying friend, John Romano, in Norwalk Hospital just to say goodbye, but Romano had a surprise request.

Suda, a Norwalk police officer who chaired the Republican Town Committee from March 2018 to March 2020 until family needs and other time constraints prompted his exit from politics, said he thought he’d be asked to look after a Romano family member. But instead, Romano asked him to look after District D, to run the area’s RTC group as he’d done for years. “That was the furthest thing that I’m thinking about. But you know John, stubborn old man, he was straight to the point. He’s like, ‘No, I’m serious… I want you to run for my seat. Will you respect my wishes?’”

“Mark was elected unanimously at the District D meeting. I look forward to working with Mark, who brings lots of Norwalk community experience and knowledge,” said RTC Chairman Fred Wilms.

Suda said Romano asked him to continue his vision and his legacy, keeping District D as “the best district.”   His goal is to have a full slate of District D candidates for next year’s municipal election, and support them with guidance to “hopefully get them elected.” The district will hold fundraisers and school events, raising money not just for candidates but for a John Romano scholarship fund, maybe $1,000 for two Norwalk High School graduates.

“Hopefully we can get somebody that’s willing to go into political science or have something to do with politics, they volunteered on campaigns for candidates or they’re just a good general kid.”

“This site is not meant to be political, although unfortunately, by its very nature, public education is political. It shouldn’t be. Democrat, Republican, Independent, or Don’t Give a Crap, we take the stance that our kids and their futures come first; that public education is the foundation by which the next generation can prosper intellectually, socially, and emotionally in an increasingly chaotic world. The right answers to these challenges can come from anywhere.

“It’s up to us as parents, and those in power, to help each other and find realistic solutions that help set our children up for success in whatever ways their dreams take them. I hope this site can become one of many avenues to help do just that.”

Check it out here.

NRWA and the First Taxing District

Norwalk’s First Taxing District is planning to repair and raise the Grupes Reservoir Dam in New Canaan, removing more than 400 native trees and shrubs along 1500 feet of riverbank in the process.  The New Canaan Land Trust and Norwalk River Watershed Association have been pushing back, so far to no avail, but Monday brings a new opportunity: a Department of Public Health scoping meeting.

“The First Taxing District of Norwalk water company provides drinking water to Norwalk and a small section of New Canaan from the 4 dams and reservoirs it operates along the Silvermine River,” the Norwalk River Watershed Association (NRWA) explains. “… The { Grupes Reservoir} dam, built in 1871, is in need of repair.”

Both parties became interveners in the process, consulted with experts and decided their fears were well founded, according to the Norwalk River Watershed Association (NRWA). In 2021, the presented their objections to the Connecticut Department of Energy and Environmental Protection (DEEP).

DEEP ruled in favor of 1TD. Now, at Monday’s hearing, NRWA plans to argue that the project requires an Environmental Impact Evaluation before proceeding.

It’s GREAT to have Mark Suda back in a leadership position in the Norwalk RTC!!! He did a great job as chairman and his leadership has been missed. Even though I’m not a member of his district I am 1000% confident he will have John’s type of influence and leadership. He’s a really great guy, great wife in Michelle and wonderful girls! He is well liked and respected in Norwalk! I personally THANK him for agreeing to John’s wishes. Rest In Peace John and Thank You for handing the reins over to Mark will inspire us and our party as you have for a number of years. I just hope he also brings us sandwiches on Election Day..And I hope he has access to the Pizza Oven…CONGRATULATIONS!

@ Drew Nice guys finish last and so has this party under both leaders. I cant remember the last time a republican won anything in Norwalk other than Keegan and he hauled out of here unfortunately because he was tired of Norwalk. Hopefully, John’s wish was to find someone that can knock Harry and his one party rule off their pedestal. The schools here are busting at the seams, apartments are running rampant in this town, and the sewage is overflowing into long island sound! So, while sandwiches and pizza are nice, we need leadership and representation that will squeeze the vice! Suda may be respected but how hard do you think he will campaign against his boss; Harry the almighty! I guess you might say conflict of interest.

Congrats Suda! As for NPI I sincerely hope the group practices patience and understand public school / student supports is a most trying topic. The change in programs / curriculum without parent input is not good. Sadly as noted it’s political.