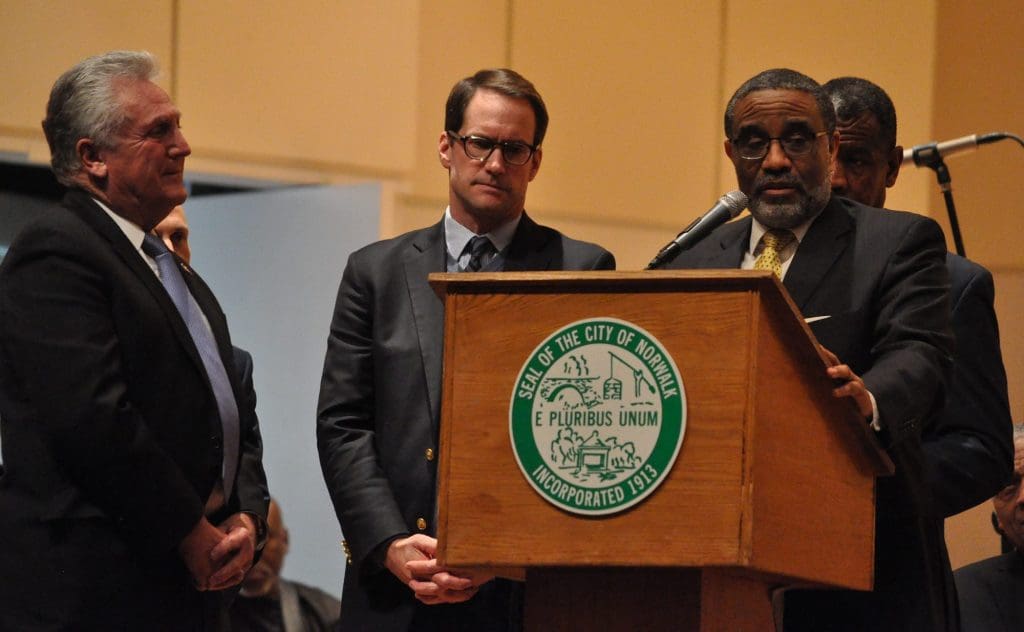 There are no services Monday to commemorate Martin Luther King Day because of the pandemic, Mayor Harry Rilling said at Tuesday’s Common Council meeting.

He said he had spoken to former State Rep. Bruce Morris (D-140), the Rev. Lindsay Curtis and the Rev. Jeffrey Ingraham.

Reacting to the insurrection

Also on Tuesday, the Council released a statement condemning “the acts of violence that occurred in our nation’s Capitol” on Jan. 6.

“This seditious behavior of the mob of rioters on that day endangered our national leaders, and ravaged our most sacred symbol of democracy, the Capitol building, has no place in our free and open society. All those who took part in or incited this insurrection should be brought before our justice system and made to answer for their part in this heinous act.”

“In 1992 Congress designated January 16th as Religious Freedom Day, reaffirming its importance as a basic American freedom,” a press release from Cary Shaw of the Connecticut Coalition of Reason said. “…The statute, adopted at a time when many of the original thirteen colonies each had their own established religions, led to the establishment clause in the U.S. Constitution’s First Amendment.”

Rilling was among those reaffirming support, issuing a proclamation that made Saturday Religious Freedom Day in Norwalk.

“Freedom of Religion principles should guide or be used as a pathway to follow for: judicial decisions, legislation and public policy making at all levels of government; such that the government may not favor one religion over another, or over atheism or agnosticism,” the proclamation states.

Some protests are more equal than others. Don’t forget to “give”