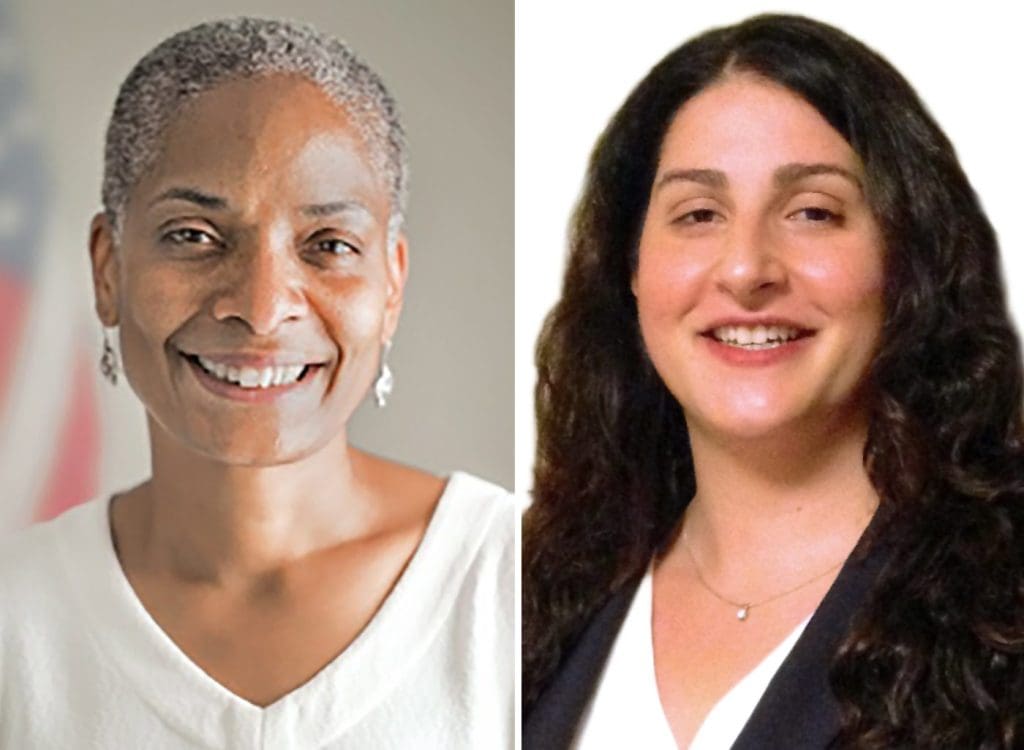 Both competitors for the District 143 State Representative position have raised the money needed to qualify for Citizens Election Program (CEP) financing, they say.

Republican candidate Patrizia Zucaro was out first with a press release announcing this victory; Democratic candidate Stephanie Thomas’ press release states that she had raised the money in February.

The pair are vying for the seat held by Republican incumbent Gail Lavielle for nearly a decade.

“To qualify for CEP campaign funding, candidates for the state House must raise at least $5,300 in contributions of $270 or less, including individual contributions from at least 150 residents of the towns they are seeking to represent,” Zucaro’s press release explains.

Zucaro’s campaign submitted the application on the first date possible, the release said. It was approved May 28.

She is a Westport attorney, who spent a decade in real estate.

“The people of Wilton, Norwalk, and Westport need their voices to be heard now more than ever, and I would be honored to be their voice in the state legislature,” Zucaro is quoted as saying. “Our state government has a transparency issue, and taxpayers deserve to know what decisions are being made, and who is making them.…I want to thank the residents of Wilton, Norwalk, and Westport for their strong and immediate support. I look forward to advocating for policies that balance public health and economic and social imperatives in a way that ensures their safety and their future here in Connecticut.”

Thomas, a Norwalk Zoning Commissioner who works with nonprofits, raised the money within two weeks of beginning her campaign in February, her release states. The Thomas campaign touts a high level of volunteer activity during the pandemic, saying she “expected the campaign to go on hold as supporters dealt with the new challenges in their own lives, but the opposite was true.”

She has more than 150 volunteers working remotely through these tough times, according to the campaign.

“It’s so rewarding to see these people who are taking time out of their busy lives during this unprecedented election cycle time to volunteer and donate their time,” Thomas said in the release. “Despite the pandemic and the economic issues it has brought, the people of Wilton, Norwalk, and Westport have shown that they believe in this campaign and I am grateful for their support.”

Thomas held a “Thomas Talks” on her Facebook page Monday. It’s planned to be an ongoing series.

So who else has submitted the official forms to qualify for CEP funding?

State Senate Majority Leader Bob Duff (D-25) filed his itemized statement on June 4. The campaign had raised $18,983 from individuals as of the day before, the statement said.

Duff is being challenged by Republican candidate Elisavet Kousidis.

Dathan said Wednesday that her campaign raised the donations needed to qualify in January, in less than three weeks of fundraising.

“I was approved for the pre-qualification in March, but needed to get the nomination from the Dem party before filing for the final form. This happened on May 18th 2020. We are in process of getting the documents notarized now (delayed due to COVID) and expect these to be with the SEEC in the next few days,” she wrote.

Wilms on Thursday said his application was approved June 3. “I hit my fundraising goals at the end of February – the quickest ever,” he wrote.

“Child First is an evidence-based, two-generation, home-based trauma and mental health intervention that heals and protects young children and families who have experienced trauma and adversity,” the press release said.

“Congratulations to Child First on their grant to develop their new National Child Traumatic Stress Initiative – Category II Treatment and Service Adaption Center, The Center for Prevention and Early Trauma Treatment,” Himes is quoted as saying. “Child First’s work is more important than ever as COVID-19 is creating new trauma for children and families that needs to be identified and addressed immediately. I’m proud that Child First started here in Southwest Connecticut and now is expanding nation-wide.”

Child First, Inc. (Child and Family Interagency Resource, Support, and Training) is a 501(c)(3) non-profit organization incorporated in Connecticut, its website states. It dates to 1995.

The grant will be distributed over the course of five years, Himes press release states. It will promote collaboration with early childhood providers and other stakeholders in five selected regions of the U.S. to:

“This is an incredible opportunity to focus efforts on very young children and their families,” Dr. Darcy Lowell, the founder and CEO of Child First, is quoted as saying. “We know that trauma and adversity can have profound negative impacts on the developing brains of young children.  However, through early efforts at prevention, identification, and treatment, these children and their families can thrive!  … We want to sincerely thank Representative Himes for his strong belief in the potential of our children and support for this initiative.”

Himes is seeking reelection and faces a primary challenge from Brian Merlen, a Green Party candidate, according to Ballotpedia. Republican Norwalker Jonathan Riddle recently won his party’s endorsement for the seat.

Based on our state financial woes the last thing we need right now is another Democrat who isn’t interested in fixing our long term budget problems. Ms. Thomas seems like a nice person but the last time I looked CT is a financial mess. A great example of what’s happening in the Democrat financial circles is the progressive town of Hamden. For those unaware of the fiscal picture of the quaint sleepy town of Hamden, they are more than broke if that’s possible…Hamden is the next town to give up its financial oversight to the state. A state by the way that’s on its way to insolvency if fiscally astute people aren’t elected. I’m begging the voters to wake up to the fact that the bill is coming due and we need to get our heads out of the sand. Again, I think Ms. Thomas means well, but unless she has an idea on curing our spending addiction it’s a mistake to vote for her.I’m interested in what the other candidates view as their priorities..