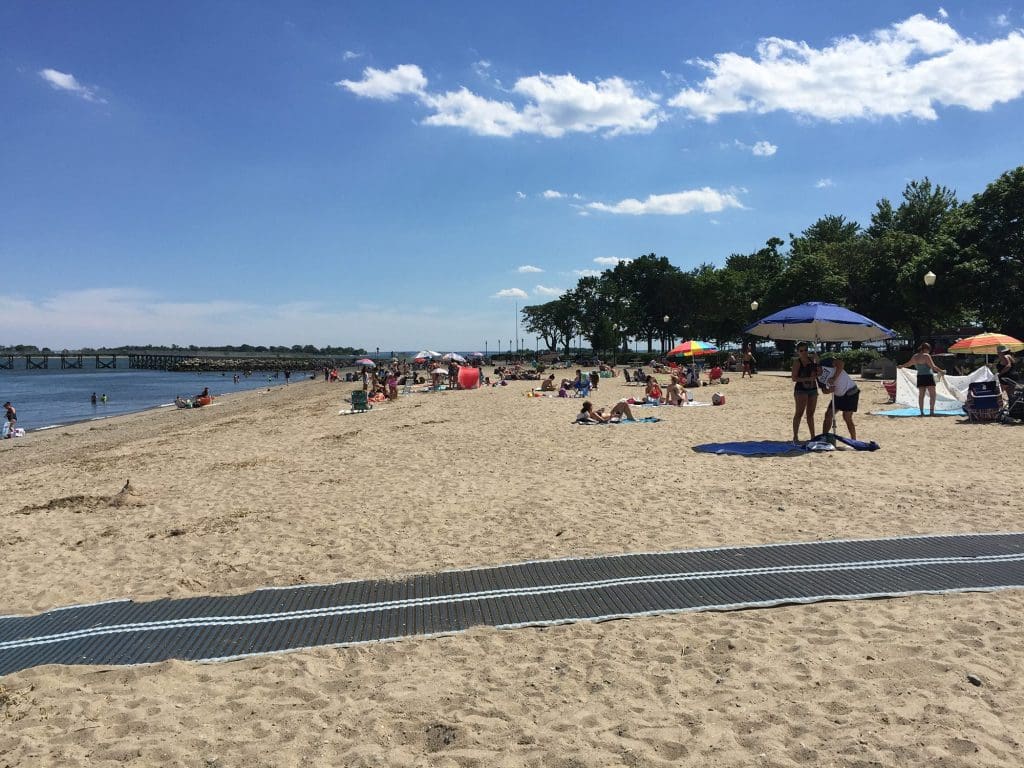 Norwalk Branch NAACP President Brenda Penn-Williams disavowed participation in a recent Board of Education-Norwalk Public Schools statement, although the organization was cited in the text.

The statement was issued in “strong support” of the international movement to “condemn racial violence and oppression against people of color.”

“We join the NAACP in calling for concrete action, while we acknowledge that we still have significant work to do in our own community,” it said.

“It was not true,” Penn-Williams said. “I never had a conversation with them. No one from NAACP did.”

On Friday, Board of Education Chairwoman Sarah LeMieux wrote:

“The statement was a collaboration between members of the board and Central Office. In her revision, Sherelle Harris wanted to include the NAACP as a sign of respect for the work the organization is leading, not only thinking of the local chapter but also of the national organization. …

“I spoke to Ms. Penn Williams on the phone shortly after the statement went out, and we touched on it briefly and have another conversation planned. I’ll also add that in my personal life, I’ve been fundraising for the NAACP Legal Defense Fund (national), since the murder of George Floyd, and have raised about $600.”

Penn-Williams also said the local NAACP had a successful food drive recently. More than 150 families were given food and “we’re going to have more.”

The Calf Pasture Beach parking lot has been open since May 20, after being closed during the pandemic to discourage crowds from gathering. The 500 spaces for residents have yet to be filled to capacity, Norwalk Communications Manager Josh Morgan said Monday. The 50 non-resident spaces were all taken last Tuesday, June 9, for the first time. It hasn’t happened since. 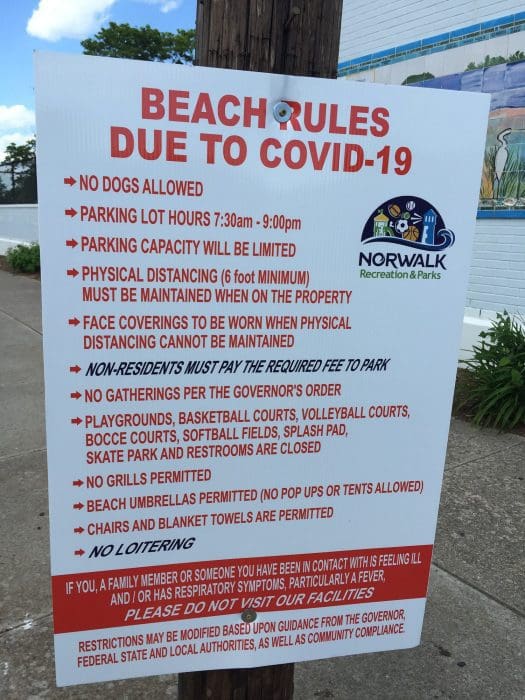 “We have one of the best shorelines in the region and I think it’s telling that people want to come to our beach and pay for parking even though swimming is prohibited and no amenities are currently available,” Mayor Harry Rilling said in a statement last week. “We will continue to monitor the parking situation as the weather continues to warm in the weeks ahead.”

A meeting – not held on Zoom

That’s a first since City Hall closed on March 16 due to COVID-19. The Traffic Authority and Police Commission meeting were held in Norwalk Police headquarters, according to their agendas. Participants were asked to wear masks and practice social distancing.

All other City meetings this week are being held virtually on Zoom.

“Given everything happening across the country, the Mayor felt it appropriate to hold the Police Commission meeting in-person at the PD community room in case more members of the public wished to address the Commission,” Morgan said in a Tuesday email. “Everyone was spaced 6+ feet apart and wearing face coverings as-necessary. Moving forward, the Mayor has asked the meetings be switched from 4 p.m. to 6:30 or 7 p.m. to allow for the possibility of more public input. If these meetings are held in-person, a conference call line will also be provided.”

When will City Hall reopen?

The City is working on a process to reopen City Hall, Chief Financial Officer Henry Dachowitz told Common Council members last week. This will involve no more than half an office’s staff members coming in at one time, to limit the possible effects of any infections.

“One team might come in three days a week this week and two days a week next week, and vice versa,” Dachowitz said. “So God forbid, if someone does get infected, everyone in that office has to be quarantined for two weeks. We don’t want to have everybody working in the office at the same time. And then if someone is infected, that the whole office shuts down and stops working for two weeks, so we are making accommodations for whatever essential people required to work at home.”

And what about expenses?

Planning Committee Chairman John Kydes (D-District C) asked if the City is saving any money due to COVID-19. Union members are being paid for full-time work, but part-timers aren’t coming in, he said.

“Somehow I only see expenses and not cost savings,” Dachowitz replied. There are savings in maintenance costs but expenses in things like Plexiglas shields and he’d expect that the costs are outweighing the savings.

“But we are exploring aggressively methods to get reimbursement for COVID expenditures. We are in constant contact both with FEMA and the state about how we can submit expenses and get reimbursements so that we are made whole,” Dachowitz said.

“The City’s FEMA Public Assistance application was filed April 27, 2020. Since this emergency is biological and not a natural disaster, the process is ongoing and the City will be submitting quarterly expenditures.

“Additionally, we have been assigned a Program Delivery Manager (PDMG) who will guide us through the submission process to ensure compliance with FEMA guidelines. Our Finance Department communicates with the PDMG weekly. We will officially submit the first and second quarter expenditures in July. All qualifying expenditures are expected to be reimbursed at a rate of 75%.

“As you know, Connecticut has been allocated Federal CARES Act funding to alleviate the economic impact of the COVID-19 emergency response. The State recently released information about its related Coronavirus Relief Fund (CRF). This program will allocate the CARES Act funds to municipalities. These distributions will supplement the City’s public assistance from FEMA by backstopping the 25% of COVID-19 related expenditures that are not reimbursable by FEMA.”

Harry….open the darn schools for the summer! Our kids are falling behind!

I comend Sarah Lemieux for her patience and her fund raising for the Legal Defense Fund. However. I’m curious if she’s done any fundraising for the immigrant Deli owners in the Bronx who’s businesses were destroyed. I’m guessing that was just an oversight on her part.