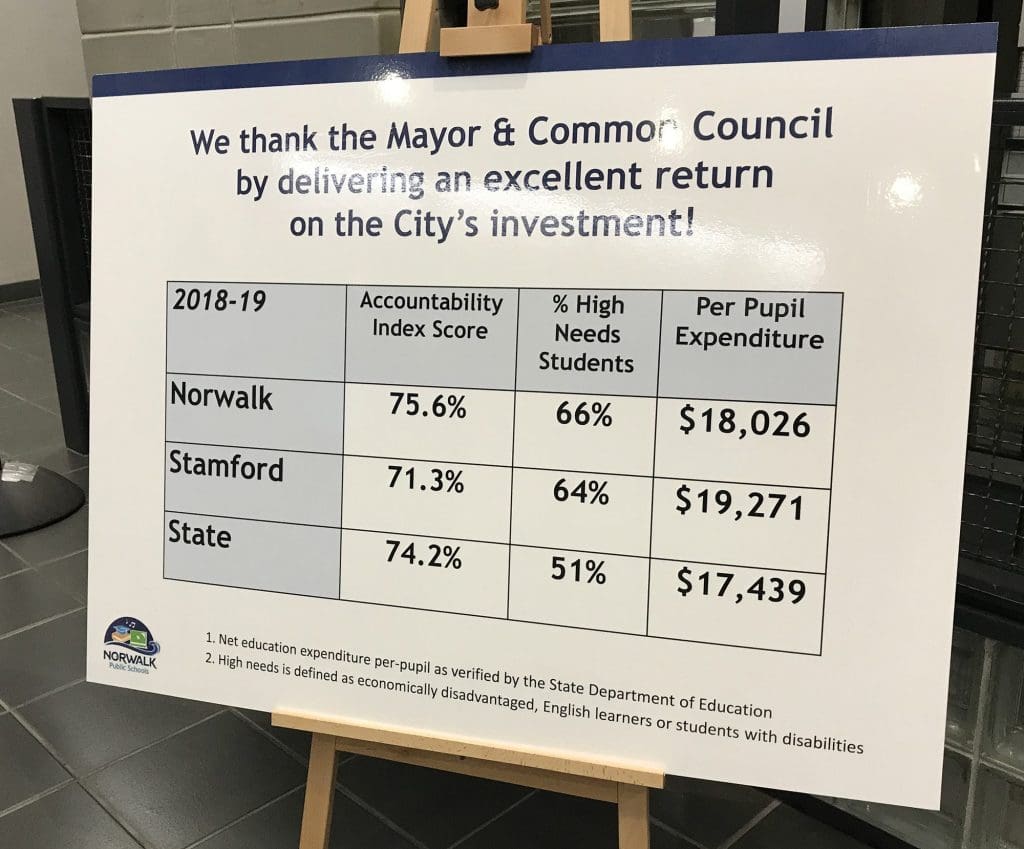 A sign, sitting in Norwalk City Hall in February.

Lawsuit dropped ‘at no cost’

Former State Senate candidate Marc D’Amelio has withdrawn his lawsuit against the City of Norwalk.

The papers, filed Monday, say that the lawsuit was being withdrawn “without costs to any party.”

It stemmed from a 2018 NancyOnNorwalk report detailing D’Amelio’s 2014 DUI and child endangerment arrest, expunged in 2016. D’Amelio charged that the Norwalk Police Department conspired against him by intentionally releasing details of his expunged arrest, although the heavily redacted police report that NoN picked up at police headquarters was not used for the NoN story. A less redacted copy that arrived in the mail was.

News of an impending resolution to the suit came in March, when a motion for continuance said, “matter has settled.”

D’Amelio also sued this reporter over the story. That lawsuit was withdrawn in May 2019.

The D’Amelio family’s wealth – and public profile – have recently skyrocketed, as his two teenage daughters are reportedly making millions of dollars via Tik Tok. The pair are worth nearly $7 million, according to Forbes.

Norwalk spent $18,488 per public school student in 2018-19, according to a report released in June by the Connecticut State Department of Education (CSDE). That includes State and “other funds.”

Norwalk Public Schools was using $18,000 per student as its estimate this year as it worked through the budget process.

The report was studied by the School and State Finance Project, formerly called the Connecticut School Finance Project, which has updated its online interactive visualizations “that look at district per-student spending across the state and provide a glimpse into how districts use their financial resources,” it said in a press release.

Jacqueline Santiago, Student Support Services Program Director and Adjunct Professor, is quoted as saying that the college is “thrilled” to receive the grant and offer students “comprehensive support services.” The program is “designed to promote the success and retention of non-traditional students who begin their studies,” the release said.

“In our global economy, one of our highest priorities should be to ensure that America’s students receive the education needed to compete for the jobs of today and tomorrow,” Himes is quoted as saying.

Himes is being challenged for reelection by Republican South Norwalk resident Jonathan Riddle.

i think Nancy should reseearch why Marc Damelio dropped the case. Interesting facts to find out