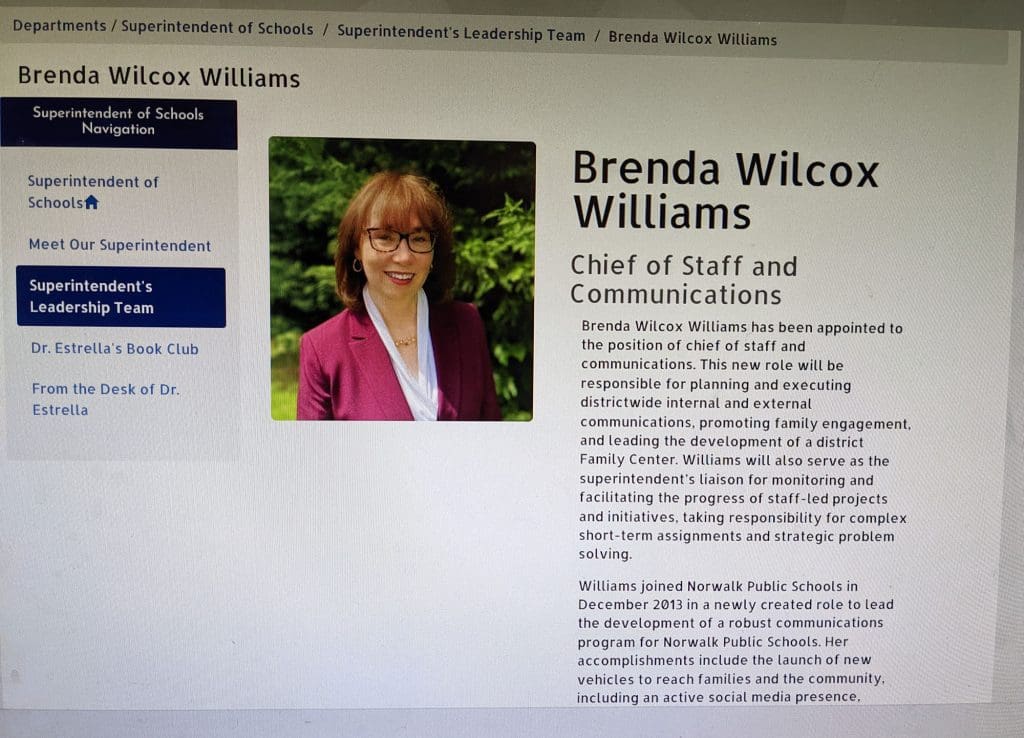 A Wednesday view of the Norwalk Public Schools website.

Corporation Counsel Mario Coppola was in the New York Times recently, but not because of anything that happened in Norwalk.

Greenwich condo owners have fought a proposed 192-unit apartment building that would have include 58 below-market-rate units, a.k.a. affordable housing, the Times reports.

It’s “unusual” but Connecticut’s Environmental Protection Act,  “authorizes the state attorney general or anybody else to sue to prevent the ‘unreasonable destruction’ of historic structures on the National Register,” the story states.

Coppola, their lawyer, is quoted as writing, “Multifamily housing can be developed elsewhere in town; historic structures and landmarks, however, cannot simply be rebuilt,” in a letter to the town’s Planning and Zoning Commission.

Coppola said Tuesday that he’s successfully represented two neighborhood groups recently in fights against affordable housing projects. Applicants for both projects realized they were ill-conceived and “waved the white flag” before the court issued a decision.

He said he thinks he’s done about 10 cases like that over the past decade and is proud of it, both because other lawyers referred him for the work and he’s been successful – even if the project moved ahead, major concessions were won, and his clients were satisfied.

This might be surprising, but Norwalk Corporation Counsel is officially a part time position.

Coppola has said in more than one public meeting that he doesn’t treat it that way.

In May, he told Board of Estimate and Taxation members that he was taking on more caseload than they’d probably expect given his job description as part time head of the legal department.

Tax appeals “happen to be an area of specialty” for him and he was staying late instead of being with his kids, he said. But, “I can only do this for so long. I’m sort of busting at the seams, but we’re, we’re moving along.”

It was a request for a $144,000 budget transfer to cover outside legal help, offset by savings from a vacant legal department position. Coppola said a new employee was starting soon. The request was granted. 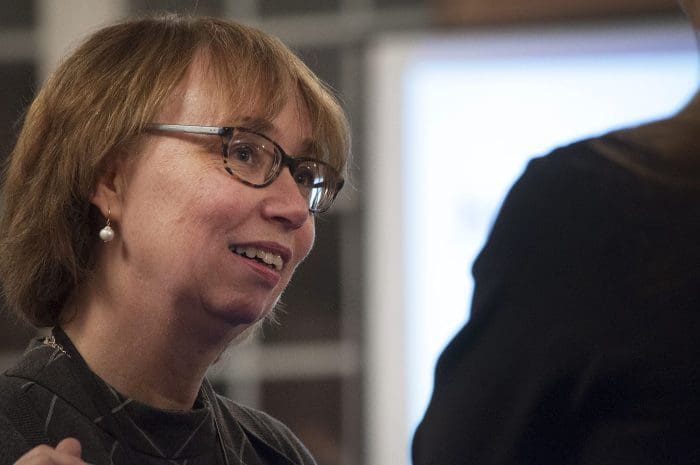 Brenda Wilcox Williams has moved on but you wouldn’t know it from looking at Norwalk Public Schools’ website.

According to the site, Wilcox Williams is still Chief of Staff and Communications. She left the post in June.

The change came after Evergreen Solutions in its efficiency study recommended gutting the Board of Education’s communications department. Shifting the communications functions so that they’re supervised by the Deputy Superintendent for Excellence, Equity, and Innovation would save the district about $150,000 a year, the consulting firm said.

Wilcox Williams had led the district’s communications department for more than eight years. Her departure marked something of an exodus: everyone in the department left.

Rachel Chappa was NPS communications manager for just over five years, according to her LinkedIn page. Jessica Acosta was communications assistant for two years and nine months.

That’s nearly 16 years of cumulative knowledge out the door.

This fall, NancyOnNorwalk has noticed slow responses from the communications department. Under Wilcox Williams, you could count on a fast reply, even if it was just an acknowledgement of the request. Now it takes at least a day for simple questions to be answered.

NoN recently asked NPS Media Relations Specialist Emily Morgan why the district didn’t name a teacher of the year for 2021-22.

She replied, “I don’t know.” You might think she would go ask someone.

“I expect Covid intruded in many routines last year. We value the Excellence in Education awards and last year was a catch-up year,” said Norwalk Federation of Teachers President Mary Yordon.

If that sounds confusing, you might check out the August 2020 news release issued under Wilcox Williams. It clearly states that McAuley was Norwalk Public Schools Teacher of the Year for 2021.

In other words, the news was released twice.

Wilcox Williams confirmed that she doesn’t work for NPS, even if the website says she does.

“I joined BIC in June where I’m managing internal and external communications for the company’s North American region,” she said in an email.

Norwalk Police Officer Bruce Lovallo has been acting as Norwalk Harbor Master for months but in late July, the Governor’s Office made it official.

Bisceglie joined Norwalk Police in 2008 and was promoted to sergeant in 2017. He’s been recognized as an officer of the month more than once.

“The Marine Unit operates year round, with increased staffing during the summer boating months,” according to the City’s website. “The unit maintains two boats and added a Jet Ski in 1995.”

The month of August was the warmest one on record for Washington, Oregon, Idaho, New Jersey, Rhode Island, Massachusetts, New Hampshire and, you guessed it, Connecticut, according to the National Oceanic Atmospheric Administration (NOAA).

“The average temperature of the contiguous U.S.  in August was 74.6°F, which is 2.5°F above average, ranking eighth warmest in the 128-year record,” NOAA states. “Generally temperatures were above average and/or record-warm across much of the U.S.”

Wow. This just shows what money can buy!

We need housing for the poor Americans😩🙏🏼✝️🇺🇸

Brenda Wilcox totally transformed the communications department and did an AMAZING job for NPS! Please inform we why NPS wasted a ton of money on a horrible “Efficiency” study that recommended getting rid of her position. So, now we have slower responses and news coming out later then it should,. But THANK GOD the communications are now supervised by the Equity and BS created post. I’m sure during god forbid a real crisis we will all be breathe a sign of releif that the communication about an emergency is Equitable to all. WOW! NPS is a freaking mess! But the $155K of her salary will defiantly save millions down the road. Never mind the 6/7 Mini Superintendents that look to write teachers up daily cost about $200K and are all from…Wait for it…NY!!!!

What is a bit disturbing is that Coppola is the one fighting for all of the development in the city of Norwalk, but then he fights against it in Greenwich. So Greenwich can’t have affordable housing but Norwalk can put it up on every street corner. Also, Brenda was a huge loss for Norwalk. I am happy for her though that she landed there. Sounds like a great opportunity for her and she deserves it. She did a great job for Norwalk.

On the money Nora about Copolla. Pardon the pun?

Thanks a lot, Mario. On the Norwalk taxpayers’ dime, you’ve done nothing to thwart developers from running roughshod over the city of Norwalk. But work hard on behalf of Greenwich to keep these eyesores out of their backyards. Amazing. But why am I not surprised? Norwalk taxpayers consistently get zero bang for our bucks.