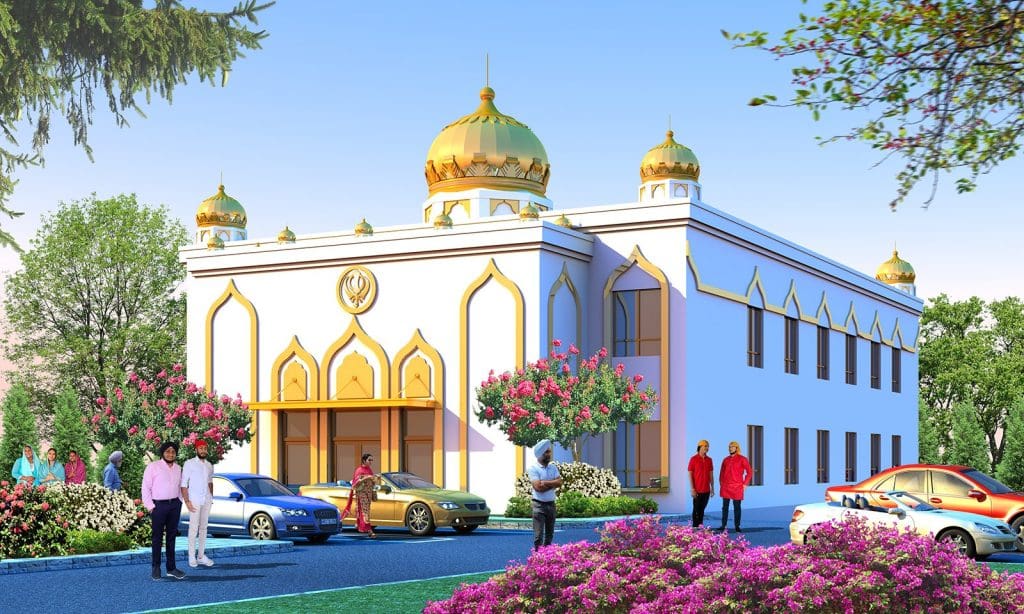 A rendering of the gurudwara proposed for 283 Richards Ave. by Guru Tegh Bahadur Ji Foundation. (Contributed)

The one-year anniversary of the attack on the nation’s Capitol is a major topic on some television news networks, and Attorney General Merrick Garland created headlines Wednesday by promising that the Justice Department will hold all “perpetrators, at any level, accountable under law –whether they were present that day or were otherwise criminally responsible for the assault on our democracy.”

The goal is to “talk about the significance of the January 6 insurrection and what we can, and must, do now and going forward to protect and strengthen our democracy,” according to organizers Common Cause in Connecticut, Indivisible CT-4, League of Women Voters of Connecticut, Resisters, Voter Choice Connecticut and the Unitarian Church in Westport-UUtheVote.

It begins at 7 p.m. More information is here.

Organizers say, “Following the remarks, there will be a real-time call to action, then we’ll break into smaller groups to share our feelings about what happened last January, to draw inspiration from each other, and to discuss what else we can do individually and collectively to protect and strengthen our precious democracy.”

Nearly 200 people attended December’s part I of the public hearing on Guru Tegh Bahadur Ji Foundation’s application to build a 18,000 square foot, two-and-a-half story gurudwara on 1.01 acres of land in an AAA residence zone via a special permit. Tonight’s event will probably lead to a vote, given that the Zoning Commission is merging with the Planning Commission next week.

Utile, a Boston-based consulting firm, began work here in 2020 as the winner of a $100,000 contract to conduct an industrial zones study. The waterfront area was broken out for separate scrutiny and now the Planning and Zoning Department wants your input.

The first public engagement meeting is scheduled for 6 p.m. Jan. 18 and bad weather isn’t likely to be a roadblock as it’s all online.

It’s your “opportunity to share your opinions on land use scenarios for industrial and commercial land uses along the upper to mid landward areas around the Norwalk Harbor!” P&Z states.

The goal is to develop “a balanced vision for the waterfront that has broad support, that isn’t just representing one stakeholder group or one vision,” Zoe Mueller, Utile’s project manager, said recently.

A brief presentation will be followed by a community conversation on:

The wheels are turning at their usual rate as State government sets up a public hearing on the Connecticut Department of Transportation’s plan to use Manresa Island for Walk Bridge construction work.

ConnDOT needs approval from the Connecticut Department of Energy and Environmental Protection (DEEP) and the hearing process has been forced by both the Norwalk Harbor Management Commission and by a coalition of neighborhood groups, Hearing Officer Kathleen Reiser said Wednesday in a pre-hearing status conference held online.

Reiser plans to visit the site ahead of the hearings.

The neighborhood groups have launched an informational website and will be distributing fliers across the city with hopes of “inundating” DEEP with comments from the public, according to Mark Smith, who attended Wednesday’s hearing. He said, “The anecdotal feedback I’ve gotten is that almost everyone opposes the use of Manresa, but that will bear itself out in the next few weeks, if I’m correct.”

I suggest the Gurudwara be named in honor of Harry Rilling, as he is singularly responsible for it.

I suspect the citizens of West Norwalk are about to find out the downside of single party rule the hard way. No action, rubber stamp and no resistance, as I don’t see how the staff memo can lead to anything but an approval.

The zoning regs were loose for inclusion of things like warehouses or other non-people intensive uses and didn’t include a common sense limit on coverage. That they were never updated to be clear is criminal on the mayor’s part.

If the group is looking for a payday like the last group got, they are likely out of luck and will have to make do with the approval. It will change that area permanently between the school and this building and likely not in a good way.

City officials and others have struggled with encouraging “downtown redevelopment” for decades w/o success. Seemingly oblivious to how Stamford and cities across the nation achieved redevelopment success. Key here is using eminent domain to encourage/subsidize construction of office buildings so necessary to attract good jobs and the periphery of ancillary services. City officials seem focused on attracting apartment buildings and renters as essential ingredients of growth.

Norwalk remains CTs only City without a conventional business oriented downtown. Encourages our long standing reputation as the County’s most transient City with a fairly stable 10% poverty level. Those who envision a conventional City structure of a vibrant downtown with good jobs surrounded by leafy suburbs remain disappointed.

The basics of urban economic development and redevelopment have long been well established for many decades amidst a large professional economic literature. Suggesting the City leaders follow Stamford’s example using eminent domain to encourage a conventional City Downtown with office buildings attracting residents and workers day and night with the conventional city services seems a bridge too far for Norwalk’s leaders who sadly seem wedded to the past.

Similarly encouraging a 4 yr college for Norwalk, one focused on technical hi-tech skill sets, seems a bridge too far for our leadership. We remain CT’s only City without a 4 year college. That too encourages a transient City. Not one where our youngsters are likely to remain as adults raising families.

One has only to walk through Westport or New Canaan or Darien or Stamford by day and evening to realize what we’ve missed all these decades.