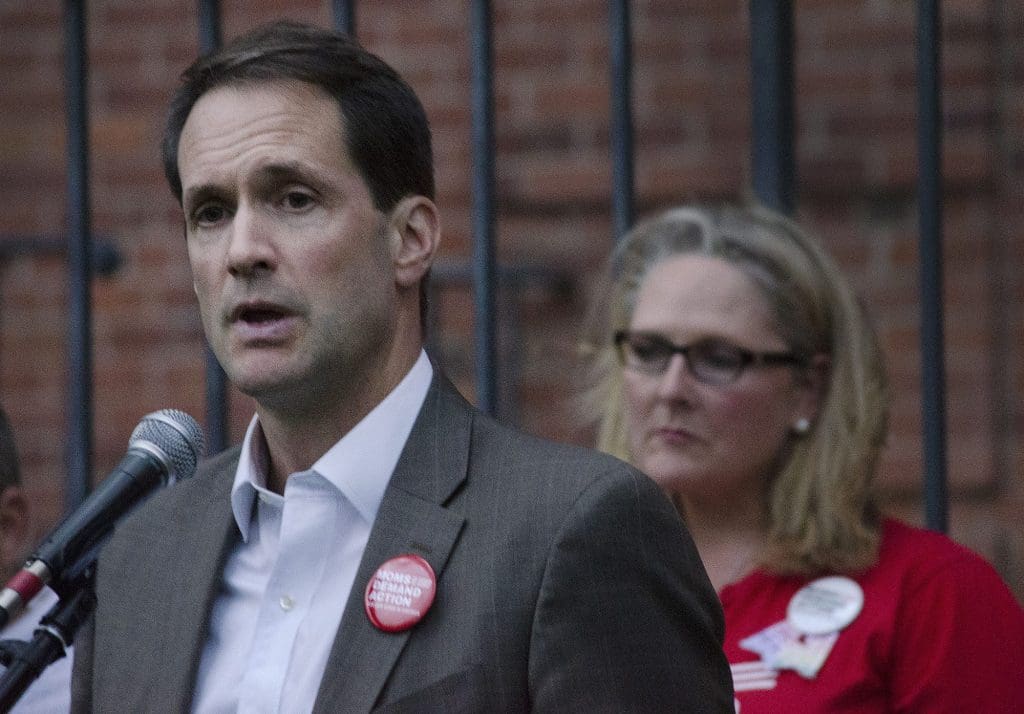 U.S. Rep. Jim Himes (D-Greenwich), at a vigil for lives lost to gun violence in August.

Mayor Harry Rilling has again reached out to U.S. Rep. Jim Himes (D-Greenwich) for assistance in dealing with the influx of immigrant children to Norwalk Public Schools.

Results sound similar to what he reported on Sept. 19: Himes is looking into it.

Norwalk Superintendent of Schools Steven Adamowski said last week Norwalk Public Schools needs $1.2 million this year to deal with the English Language Influx, and $1.8 million next year. Rilling on Sunday pointed out that it’s not up to him to approve or deny the request: it will go through the Board of Estimate and Taxation.

Adamowski on Thursday explained that he will send a letter to Rilling, who then “follows a process of reviewing that and dealing with it.”

Rilling on Sept. 19 said, “Last week, I reached out to Congressman (Jim) Himes and spoke with him and said that it’s time for some federal assistance to deal with some of these issues. Because these young people are now in our city, we have to deal with this issue, we have to deal with it appropriately. We have to provide them adequate education, but the cost is going to go through the ceiling.”

Rilling talked to Himes on Saturday.

“He indicated his staff is researching the possibility of an increase in tier 1 funding for communities such as Norwalk,” Rilling wrote. “Indicated this is not a situation unique to Norwalk, this is happening all over the state and the country.”

“This time of year, you expect to hear a lot of election noise and things like that. We just don’t have any election noise,” he said, explaining his use of the word “crickets” to describe life in the Town Clerk’s Office.

There are usually “different things that we work on with candidates,” he said. This year, not much. He agreed that two years ago, when there was a four-way Mayoral race, things were “out of control,” but, “(This year) it’s very, very quiet for that type of thing.”

Usually, there are people coming in for absentee ballots. Two years ago, he was rushing to get them out. This year, “crickets.” 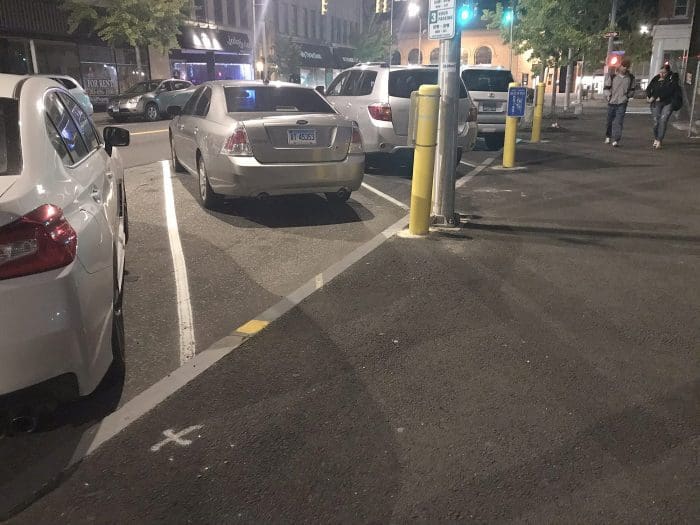 “I’ve been doing it a long time as far as campaigns and city elections. And you know, I was hoping there would be more excitement so I can get excited,” he said. “…I think there’s so many things going on too. I mean, you’ve got the mall opening up. …You’ve got the back-in parking, you know, activities still going at the beach and things like that. So people are still just caught up in their ‘every day.’”

Candidates are working hard, going door to door, but, “It’s not generating like it did two years ago, the excitement of, you know, the election,” he said. “Like I said, that could be because people are thinking everything’s going good. Or everybody’s just not happy and waiting to the day they vote.  Or you know it has a little bit of everything.”

“Any unwanted firearm that we can secure and assure does not get into the wrong hands is a win and makes everyone safer. We are happy to partner on this initiative,” Norwalk Police Chief Thomas Kulhawik is quoted as saying.

“As part of the buyback, gift cards will be distributed as follows: $100 for a long gun, $150 for a handgun, and $300 for an assault weapon as determined by the Norwalk Police Department,” the release said. “The gift cards for a local supermarket were purchased entirely through private donations. After weapons are properly secured and cataloged by NPD, they will be turned over to Wilton Quaker Meeting and the Right Reverend Jim Curry, retired Bishop of the Episcopal Church of Connecticut, where they will use a forge to transform the parts into gardening tools, which will then be donated to local community gardens as part of a program called Swords into Plowshares.”

“We are focused on forging guns into gardening tools because that’s driven lots of people to let go of their firearms in other CT cities like Hartford, Bridgeport and New Haven,” wrote Diane Keefe, a Quaker, to NancyOnNorwalk.

“I understand and respect the second amendment. I also understand some weapons can fall into the wrong hands, be damaged, or do not belong on the street,” Rilling is quoted as saying in the press release, expressing appreciation that the groups are sponsoring the program.

“Also the press conference highlighted the importance of removing access to guns from households where there is a clinically depressed person because suicide can be prevented when there is time for suicidal thoughts to diminish and for the person to be provided with resources to heal,” Keefe wrote. “In cases of domestic violence the presence of a gun increases the lethality of conflicts. We are encouraging people to remove guns from their homes as a matter of public health.”

All firearms must be unloaded. Norwalk Police officers will collect and disassemble each firearm, which requires the owner’s signature.

“We are happy to provide people with grocery store gift cards and are grateful to the many donors that supported our fundraising campaign. We hope to make this an annual community event,” Peter Murchison of Wilton Quaker Meeting is quoted as saying.

“Our main goal is to do this every year,” Keefe wrote.

The Newtown Foundation has partnered with numerous Connecticut cities and towns on gun buyback efforts, according to the release. This is their first effort in Norwalk. 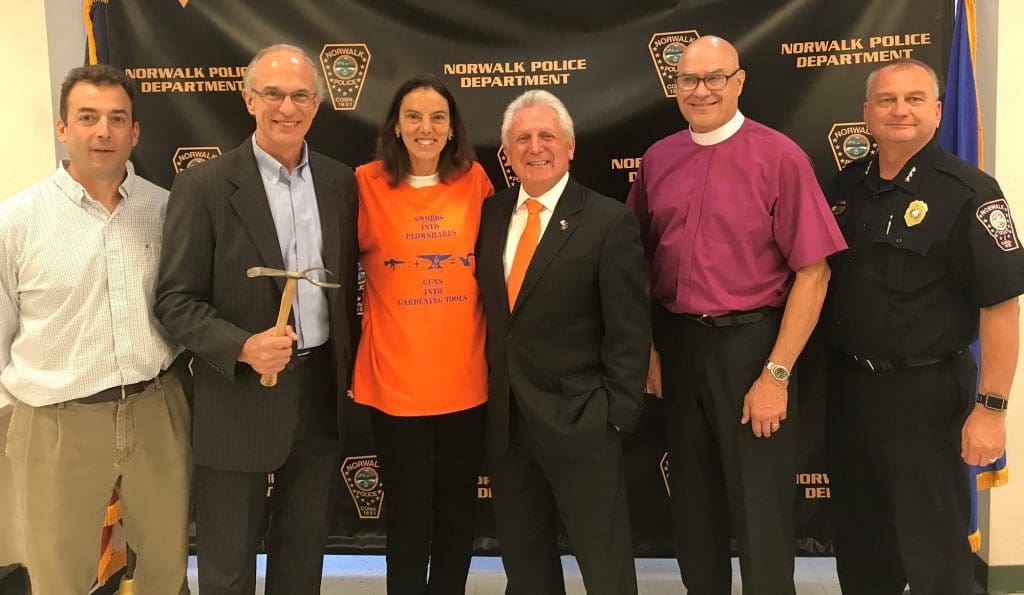 Regarding ELL funding — Why has it taken a crisis to get Rilling on the phone with Himes. This has been a growing problem for 10 years. IF you look back to NON archives from 2014, we had same conversation. ONLY, this time the problem is much larger. IF Norwalk taxpayers weren’t so busy working they’d understand to scope of the financial problem.. Again, the dollars involved are massive. It’s not a case of millions, it’s an issue of tens of millions ANNUALLY. Again, we’ve welcomed these poor people here, but it’s time to execute a plan to not destroy Norwalk taxbase to support it.

Another thing I don’t understand — Where does the NAACP stand on this matter? Don’t they realize resources are going to be reallocated away from programs currently helping African American students. They should be lighting a fire under legislators to get additional outside funding before programs are “modified”. I’m not sure if everyone understands all the ramifications of what’s going on. It’s a little frustrating..

Spot on John O’Neill. Wasn’t the restructuring at City’s Hall supposed to create a more efficient, cross functional, collaborative environment so that issues such as this would not “slip through the cracks?” What happened?

On Sept. 19 the mayor said, “We HAVE to provide them adequate education …”

Jodi Rell, Malloy, Esposito and Moccia ran this crazy train since the late 90’s but it
wasn’t statutory. Educating these foreign kids was never voted on.

It was just ordered “from above” and we’ve been forced to pay for it with our property taxes.

Until Himes comes up with the money (don’t hold your breath), these foreign kids need to get shared between Westport, Darien, New Canaan, Wilton and Himes’s Greenwich.

Hillarious. Calling Jim Himes about the immigration problem is like calling the cartel to ask for their help in reducing the inflow of illegal drugs. Himes is all for open borders. People like Himes ARE the problem.

As long as there is a policy of sanctuary city/state, Norwalk and CT will be a magnet. And as long as Himes refuses to secure the border they will continue to be drawn to that magnet. The cost of that is borne on all of us. Meanwhile, Jimmy lives behind his nice wall in Greenwich and probably has lots of illegal immigrants tending his estate.