The South Norwalk reservoir on Saturday, according to Paul Cantor. (Paul Cantor) 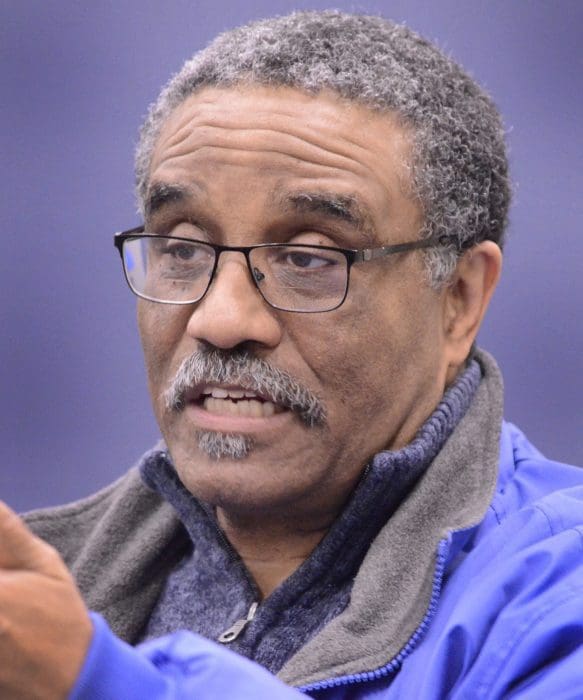 NORWALK, Conn. — Some Norwalk info for you:

Morris lawsuit to be settled out of court?

The lawsuit filed by former Norwalk Public Schools Human Relations Officer Bruce Morris, accusing NPS of discrimination against him in the elimination of his position, had been expected to go to trial this month. Instead, it’s going to mediation next month.

The trial was recently rescheduled to May. On Jan. 9, the defendants requested that “judicial alternative dispute resolution” be conducted in early February. Morris has agreed, according to the document.

Morris alleges that a written reprimand issued to him in late 2015 and the subsequent elimination of his job in the 2016-17 school year budget were motivated by his race, color and status as a State Representative, in violation of the Connecticut Fair Employment Practices Act. He also alleges that he was retaliated against due to his previous opposition to discrimination. NPS states that his job was eliminated due to budgetary concerns.

A document filed in December estimated 10-12 days of jury selection and a 10-14-day trial.  Judge Robert Genuario issued a continuance on Dec. 23, rescheduling the trial to May 13.

The proposal to build a new Norwalk High School came as a surprise in early December, with Norwalk Superintendent of Schools Steven Adamowski explaining it as a “once in a decade” opportunity and State Senate Majority Leader Bob Duff (D-25) calling for “out of the box thinking.”

The proposal advanced Tuesday as the Common Council greenlighted JCJ Architecture to provide conceptual design services for the new school at a maximum cost of $50,000.

JCJ Architecture is an 84-year-old firm with offices in seven U.S. cities including Hartford, New York and Boston.  The Council unanimously approved use of funds from Norwalk High School’s existing capital budget to pay for the design.

Norwalk Building/Facility Manager Alan Lo noted that subsequent construction cost estimates will be rendered by a different vendor yet to be determined, and will require an additional $10,000.

Also in Tuesday’s meeting, the Council unanimously approved LAZ Parking’s four-year contract for Calf Pasture Beach, Shady Beach, Cranbury Park, Veterans Park, and Taylor Farm.  The approval synchronizes Recreation & Parks’ LAZ contract with that of the Parking Authority, with both pacts set to expire at the end of 2023.

At the start of the meeting, Mayor Harry Rilling administered the oath of office to newly-appointed Council member Dominique Johnson (D-At Large).

‘That is an old thing’

“Despite all of the rain this year, our reservoirs are extremely low right now,” former Board of Education member Bryan Meek wrote in a Jan. 8 comment on NancyOnNorwalk.

A state document indicated that might be the case, but First Taxing District General Manager Dominick DiGangi said everything is fine.

Again, that’s the most recent information available on the State’s website.

“We are not in the drought the reservoirs are actually completely full and that is an old thing,” DiGangi wrote last week. “I think we might’ve been in the first stage of a drought which is sort of like a watch and I think it might’ve only been for a few weeks way back in late August/early September. But that is well over with now.”

First Taxing District Board of Commissioners Chairwoman Elsa Peterson Obuchowski on Jan. 11 wrote, “First District reservoirs (as reported at the December 11 meeting of the board of commissioners) were in the range of 85-100% full in December.”

First District is a relatively small part of the watershed. Take a ride up 53 thru Bethel and see for yourself. You don’t need a 4 month old report to see current conditions. While you are at it, what is the plan for increasing the water supply commensurate with population growth?. The 395 page POCD gives a lot of lip service to conservation through a bunch of feel good low measure, low impact strategies. It does not address capacity in one single page of its massive amount of consultant speak. I guess the only time it’s ok to talk about increasing capacity is when it comes to the number of apartments. The reservoirs which haven’t changed size or shape in decades will be just fine for decades to come as long as we just stop using a little water in our daily lives.

Laz Parking gets a no bid 4 year approval after donating to Harry’s Campaign!! Now THIS is a QUIP PRO QUO! In its purest form! And amazingly the Democrats are happy about it..Like Lisa said during the Campaign: Do we know you? Do we like you? And that’s how business in Norwalk gets done again, again and again..Maybe Laz will donate to the BOE to help offset the Budget Request.

Parking in Norwalk has become an Abomination.

I no longer will go places in town that I am required to pay for parking.

Unfortunately, it does affect my patronage of local businesses. (especially South Norwalk and the Wall Street Neighborhood)

I don’t feel good about it but, it makes me insane to park in this town.

You have to give Bruce Morris credit — He knows the system better than anyone else in town. Should we put him on the payroll to prevent other lawsuits from happening in the future. Similar to the cyber security companies hiring hackers to detect holes in operating systems? Just a thought.

One other thought — What has Bob Duff done today to bring funding support for Norwalk ELL programs? IF nothing was your answer, you are correct…

Stop harassing Bob Duff for the ECS state funding source. Yes, there are additional ELL students, but every city has the same problem. One of the major problems with state funding is that Norwalk has lower income families, but it also has high income families. Many of the high income families send their children to private schools. Norwalk is not Bridgeport or Hartford. There are still many families who earn a decent living. Bob Duff can not singly handedly change the formula used by the state to determine funding.

@Marjorie. You are right. Poor Bob Duff, he is just a victim. It’s not his fault that Norwalk’s grant funding from the state was 10% of operating budget and is just 5% today and shrinking. He’s also harmless for his votes on laws that have greased these skids. He was snookered for his shiny, meaningless title.

@Marjorie – If you don’t think our elected reps have been asleep at the wheel for the late 10 years, we are living on different planets. The cost to educate these children over the past ten years exceeds $200 MILLION dollars. The ELLers have more than doubled in that time. They haven’t just shown up together. The problem is many people “in the know” have buried their heads in the sand. If anyone doesn’t think this a problem, they are not paying attention. Bob Duff has brought zero to ease the situation. He is not alone. If I’m wrong, let me know. If I’m right, please write a letter to your reps asking why the heck we have gotten ZERO from Hartford for our welcoming these poor kids. Holy Cow! Maybe more people from Norwalk should give a damn about Norwalk.

@Marjorie – I’m relatively new to NON. Just so we get off on the right foot, I truly appreciate your opinion and input. I hope you appreciate mine. But you have to admit having 20% of your students unable to speak English does constitute a crisis that requires state/federal help. I’m not a rocket scientist, but geez let’s get real. How and why have our legislators dropped the ball on this? Wouldn’t you agree that SOMEONE dropped the ball? If not, you’re drinking kool-aid that I don’t want to drink.

@marjorie Poor Bobby being picked on?! OH So Not Sorry! Maybe just maybe one day Norwalk voters will finally wake up and discover how useless he really is.

Drew T: Maybe, just maybe you will finally wake up and discover that words matter.

@kathleen And what words are those?! The truth?! Yeah I know that hurts. But some people can’t handle the truth..

Aside from your comments to me about Bob Duff, will we know the dollar amount of the settlement Bruce Morris gets? Is that public knowledge? Just curious.

Bob Duff. The number 2 man in Hartford does nothing for Norwalk. Somehow he stumbled upon the NHS deal. Waiting to find out how. REALLY find out how. And how we’ll pay for it later.

@Dawn — Let’s hope the school works out. There are a few wrinkles the public needs clarity on. Rep. Lavielle article kind of opened our eyes a little on the fact it’s not a done deal. My biggest concern is how many out of town students will be descending onto Norwalk High School. As they say “the devil is in the details” — This may be the case. Can you imagine spending $80 Million dollars out of Norwalk treasury only to find out the school’s out of town population is 25%?