“The Court should reconsider certain elements of the Ruling,” Attorney Dennis Durao wrote on June 24.

On Wednesday, the court said no. 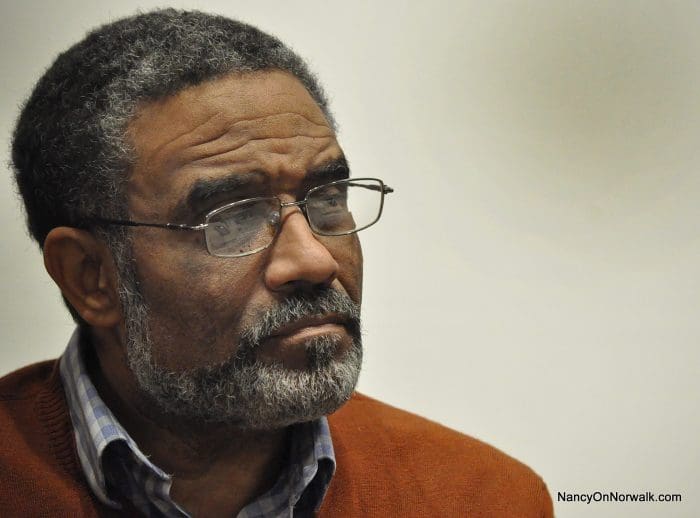 Durao was asking Judge Alex Hernandez to allow the Norwalk Board of Education, Norwalk Public Schools and the City of Norwalk to reargue their position in the lawsuit filed by former NPS Human Relations Officer Bruce Morris, alleging discrimination in the loss of his position. The court had provided no legal reasoning or rationale when it turned down the defendants move for summary judgement, a decision without a jury trial, on June 3, Duaro wrote, arguing that  had the court “at least considered certain arguments presented by defendants” regarding legal issues, the ruling would have been altered.

A hearing was scheduled for Monday but Hernandez denied the request and the hearing was cancelled.

Much of the brief June 3 hearing focused on emails sent by the-BoE Chairman Mike Lyons in 2015, in which Lyons referred to a possible “race war” if Morris were let go at that time and called Morris a “snake.”

“Race war? How am I supposed to interpret that?” Hernandez asked. “… Doesn’t that comment interject the question of racial discrimination into the decision-making process?”

“There are substantial material triable issues of fact which can only be addressed by a jury,” Hernandez said.

A trial is scheduled for late October.

District D Democrats met Monday and voted on a slate of candidates, whom they are recommending for endorsement by the Democratic Town Committee.

According to D Co-Chair Kay Anderson, the results were:

The DTC will endorse its slate of candidates on July 22.

Page and Tsiranides, an incumbent, appear set to run against Republicans Tom Keegan and Carl Dickens, who call themselves “The Common Sense Team.” Long-time incumbent District D Republican Doug Hempstead is not running for reelection.

Page has been on the Board of Estimate and Taxation for 3.5 years and is University of Bridgeport School of Business Undergraduate Program Director and Department Chair, according to his LinkedIn page. He holds a Doctorate in Education from Wilmington University and a Masters of Business Administration from Sacred Heart University. He’s also an executive Board member for the State’s Workforce Training Authority.

Latest in Mayoral appointments
Mayor Harry Rilling has one appointment for the Common Council to consider Tuesday: James Lesko to the Planning Commission.

Lesko is a funeral director with more than 30 years of “proven management skills for multi-location funeral service business,” according to his resume. He is owner/director of Hoyt Cognetta/Lesko Funeral Home.

Will we ever see City elected officials committed to keeping taxes unchanged as Westport has done now for 5 consecutive years ?

Mike Lyons is like Hillary Clinton with the e-mails. Get off the internet!

Broken record, DT. One email, written 4 years ago. NON writing about it 100 times doesn’t make it more than one.