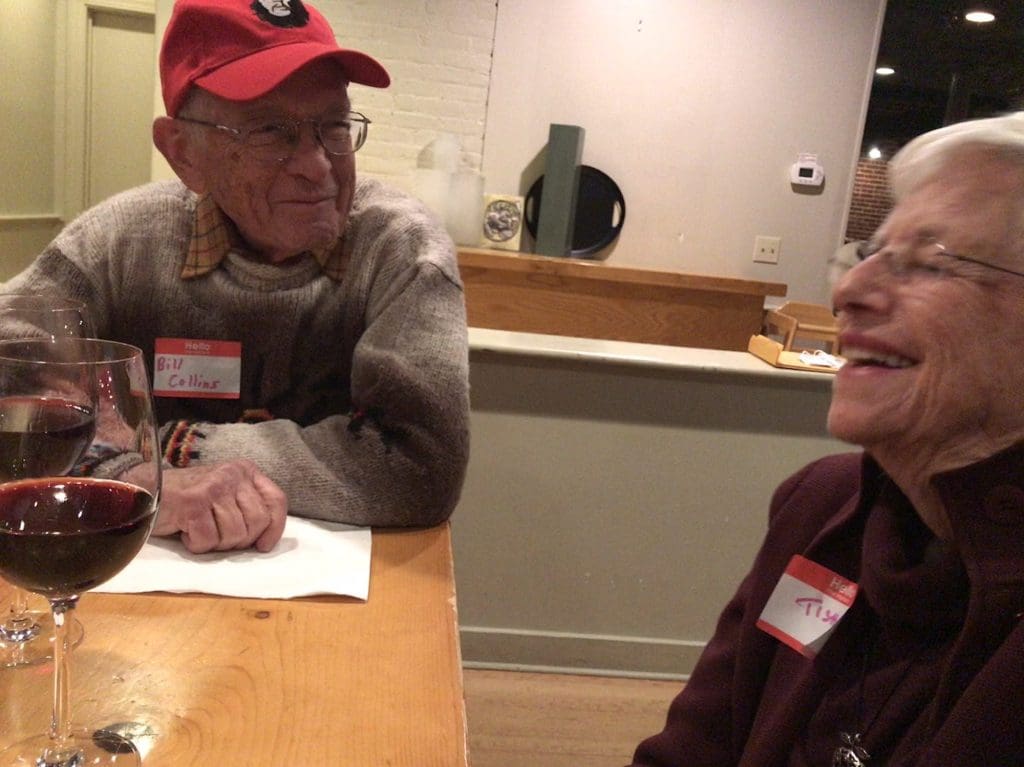 The Common Council Ordinance Committee ordinarily meets on Tuesday but this week will meet on Wednesday, with revisions to the noise ordinance as the only agenda item.

The meeting is not described on the agenda as a public hearing, but activist Diane Lauricella in a late Sunday email wrote, “The Committee would like us to share our experiences and our suggestions for improving neighborhood quality of life.”

Ordinance Committee Chairwoman Eloisa Melendez (D-District A) on Monday said that it’s not a public hearing, but the public can of course comment on the proposed noise ordinance revisions.

Changes include adding a definition of “Affected Person” as: “any person who has lodged a Noise complaint with an authorized enforcement agency that he or she is the receptor of Noise on the property within the City, and said Affected Person has an interest in the property as an owner, tenant, or employee.”

Ambient Noise would be revised to include cumulative noise, the “combined contribution in that location of all sound sources.” The definition of decibel is also up for revision, a tightening up from its current generic description, and enforcement personnel would be authorized to take sound readings within the property line of an “affected person,” instead of the current stipulation that readings be taken one foot away from the alleged transgressor’s property line.

Proposed changes would define “continuous sound,” “extraneous sound,” “plainly audible” and “impulse sound,” and allow enforcement personnel to calculate a sound level attributable to the source under investigation. Impulse sounds would not be allowed to exceed 80 decibels outdoors and be held to the decibel levels mentioned above at night, if they exceed four noises an hour.

Commercial establishments would be disallowed from placing a sound production device outside or inside, closer than 10 feet to an open door or window, without a permit. The Washington Street Development District would be allowed to produce more noise than other commercial districts.

Changes are outlined in red on an Oct. 23 Board of Heath agenda, provided by Lauricella, and are less obvious in the Ordinance Committee agenda.

The award recognizes “an individual or organization that has made a long-term contribution to the advancement of social justice in Connecticut,” according to a press release:

“Bill & Tish are long-standing leaders in advancing progressive issues at the local, state, national levels – as well as around the globe. Bill provided tireless leadership in the city of Norwalk – on the Common Council and as Mayor – and served two terms in the CT General Assembly.  Bill’s accomplishments are extensive including the passage of CT’s Presidential Primary Act, creating the Minuteman Media outlet – a unique source for progressive news – and established historic preservation protection for Norwalk’s downtown.

“Tish Gibbs life and commitment to progressive issues had an equally deep and wide reach – from Norwalk to Central America.  Tish provided strong and steady leadership in her role as Norwalk DTC chair, at the Norwalk Community Foundation – and in her position at Norwalk Community College.  Tish’s leadership extended globally – serving as the Executive Director of the Norwalk/Nagarote Sister City Project.  Through her work with disadvantaged children, teen pregnancies were dramatically reduced, and gang activities eliminated.”

“CCAG is a statewide member-based organization dedicated to actively engaging the residents of Connecticut to alter the relations of power in order to build a more just society,” the release said.

The Wall Street Neighborhood Association has unveiled a new website to promote arts, business and community activity in the Wall Street neighborhood, according to the website.

Planning and Zoning Director Steven Kleppin on Monday said that Alan was “helpful in advocating on behalf of the association.”

“This is a huge win for Norwalk, especially Wall Street and our association,” Alan wrote in the email blast. “We have to give credit to Steve Kleppin of Planning and Zoning and Susan Wallerstein of Norwalk Arts Commission for working with us toward a successful outcome, as well as Mayor Harry Rilling’s continued support for public art. However, to be clear, it was our persistence and rallying people together that got this done in time to help the new retail store be able to open. Losing {Mr. Mango’s} retail store was not something we could stand by to see happen.

There’s a tree lighting Dec. 1 at the Wall Street Theater at 5 p.m. which will feature hors d’oeuvres from Harlan Publick, Cantike Taco Deck, Evarito’s and Bourbon Raw, with music by Joni and the Keepers, according to a press release from the WST.

Great job! The Wall St area and the Wall St Neighborhood Association is fortunate to have you as a member.

I am 100% in favor- but enforcement is tough when based solely on a criteria that requires an expensive testing tool.

Congratulations to Bill and Tish!!! A very well deserved honor for two ‘class acts’ with decades in public service and during their time as public servants!

revisions to the noise ordinance

Read the policer reports loud music and noise in tinderboxes built recently in the city where you here a penny drop two units away is a problem.

The police dept has a meter have them come and use it in the next meeting maybe a few more purchases someone will get it right,

Want to enhance or make better rules figure out whats wrong with whats going on now.

Dianne is on the money yet the city needs to come clean be honest with her and others working for quality of life issues.

Unless police reports are there before the meeting the city is wasting time and valuable information is not getting to those working for better environment . Get the police dept reports the amount of calls to the same pace and the results our police dept is having . Stabbing last week need to be solved give our police dept a chance to weigh in how us the equipment they have and what they need would be foremost.

Whoever gave city carting permission to empty dumpsters at 5 am should be fired , they sound like church bells on Sunday to those in city hall who get contributions.

Its like Village creek making sure the doors for the processing plant face action 8 residents in meadow gardens , it serves a purpose but doesn’t fix a problem. That was great zoning meeting Kleppin wound up the bobbleheads and Colin took care of his own;

I completely agree that it is a waste of Police resources to have to respond to noise complaints. I also share your view that the majority of the offenses are probably from a very select source of noise.

Typical multifamily, wood-frame construction materials are not always as noise-insulating as older ones, however buildings such as the Pearl were built with noise control in mind; each apartment is equipped with triple-pane windows. Ironworks is surprisingly well insulated. I toured a studio there which was on the corner closest to the train–you could barely hear it going past.

We, however, live in a brick building built in the 1980’s on Washington Ave.

There happens to be one source of noise that is pretty conspicuously and contemptuously disrespectful of our neighbors. We absolutely want businesses to be successful, but it should be unacceptable to play loud music at 1am on Sunday nights let alone 11pm. Moreover, on the rare occasions that noise complaints have been served by the police, the employees of this establishment engage in vengeful harassment by driving down Washington Street in 15-30 minute intervals, blaring their after-market modified car-horns until well past 3am.

These modifications to the noise ordinance are welcome indeed.

Well-deserved recognition for Tish and Bill who have served Norwalk and beyond as individuals and as a couple. Add to Tish’s accomplishments – leadership of Norwalk’s first recycling efforts.

Noise Ordinance
I’d be thrilled if as a community we could agree to one weekend a month without leaf blowers. And possibly limiting the use of leaf blowers to after 10 am and before 4 pm on the other weekends. I always thought peaceful enjoyment of our homes was something we all aspire to, I don’t get that very often due to some of my neighbors and lawn services. I know there are many communities that have banned leaf blowers, I used to think that was crazy – not so much anymore.