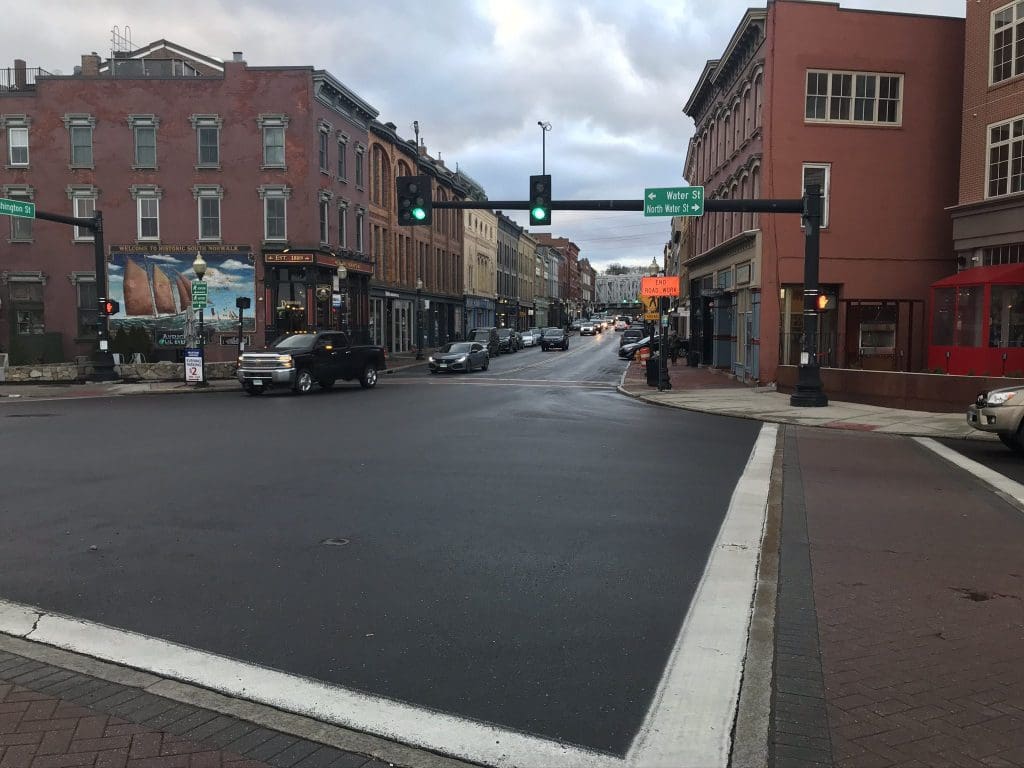 SoNo residents will benefit from a new Norwalk noise ordinance soon. Also, SoNo will be the site of a Mike Bloomberg event Saturday.

The ordinance was approved in April and amended in January, in response to DEEP feedback.

“While I believe that the ordinance becomes effective ten days after DEEP approved it, we need to obtain equipment and train police to begin enforcement,” Shanahan wrote Tuesday.

Details will be nailed down at Tuesday’s Ordinance Committee meeting, she said.

TeamBloomberg is hosting a Norwalk campaign event and community walk Saturday, Tevin Christopher said. This will begin at 2 p.m.

“We will meet at 50 Washington Street where we will distribute promotional posters, bumper stickers, decals, and lawn signs for those interested in drumming up support for late-entry candidate Mike Bloomberg. We will then walk East on Washington St, around to the Maritime Building, crossing over to Marshall and then onto N Water Street, near the SoNo Collection, before turning back to our meeting place,” wrote Christopher, a Norwalker.

“The event will come on the heels of Mike Bloomberg 2020 announcing that State Representatives Rosario and Wood have joined the campaign, and that the campaign has hired a leadership team to run in-state operations ahead of the April 28, 2020, primary election.

“Over the past week, the campaign has also held well-attended public events in Hartford, Stamford, and Manchester too.”

“In an effort to run a different campaign, Team Bloomberg has sighted Connecticut as a state that is typically overlooked on the campaign trail and has pledged to make all the difference to meet as many people here as possible,” Christopher wrote. 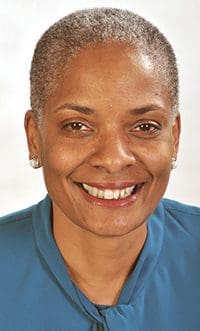 Stephanie Thomas announced Thursday that she is running for State Representative in the 143rd District. The Democrat would unseat Republican State Rep. Gail Lavielle if she wins the election. She’s the only Democrat who has declared an intention for the seat.

“I pledge to be a catalyst, bringing new energy and focus for the residents of the 143rd District,” Thomas is quoted as saying. “We need to embrace innovative ways to improve the quality of life for all within our District from transportation to healthcare to education, while ensuring that the cost of living and doing business here remain affordable.”

Lavielle did not reply to an email from NancyOnNorwalk, seeking a response.

Thomas petitioned her way onto the ballot in June 2018 when she learned that Lavielle, a Wilton resident, was running unopposed.

“She quickly built a campaign organization across all three towns and developed an important voice on issues such as gun violence prevention, early voting, and fiscally responsible leadership,” the release said. “Ms. Thomas emerged as a strong choice for the residents of the 143rd and came within two percentage points of defeating the representative who had been in office for eight years. The tremendous outpouring of support she received in 2018 has inspired and motivated her to run again and to do everything within her power ‘to bring urgency, followed by action, to the constituents’ priorities in the district.’”

Thomas holds a bachelor’s degree in sociology from New York University, as well as a master’s degree in nonprofit management from the New School University, the release said. She is owner and president of Stetwin Consulting, a small business which provides fundraising expertise to nonprofits.  A member of the Norwalk Zoning Commission, she also serves as Norwalk Democratic Town Committee Deputy Treasurer.

“Ms. Thomas believes that Connecticut’s ‘best days are ahead of us.’ She plans to build on the momentum of the present for a future that will bring voices together from across the three towns to resonate in Hartford.

“’No matter what happens at the federal level in November, we need to continue to advocate for policies that strengthen our state,’ asserted Ms. Thomas. ‘We have made great strides in gun violence prevention, paid family leave and increasing the minimum wage, but there are still many issues where Connecticut lags.’

“’For example,’ Ms. Thomas explained, ‘Connecticut remains one of only 11 states without early voting. Our transportation infrastructure continues to crumble without an approved plan to fund the upkeep of our roads and rails.  And Connecticut should move to become a leader in addressing climate change.

“’Tending to our fiscal responsibilities now, without pushing costs further down the road, will be at the top of my agenda.  I recognize the need for a collaborative effort from both sides of the aisle and from the revenue-generating and expense sides of the budget in order to accomplish these critical goals.’

“In conclusion, Ms. Thomas asserted: ‘Connecticut is making wonderful progress on many fronts, but there is much more to do and we need to do it together, Democrat, Republican, and unaffiliated.’”

No one is a harder worker, smarter and fighter for Norwalk then Gail Lavielle!! She will be re-elected and beyond deserves to be!! She is what Norwalk needs now more then ever. She doesn’t have any hidden agendas and has her constituents on her mind every time she is in Hartford. Gail is always Norwalk First!!!! There is zero reason to change that!

I remember standing at Wolfpit Elementary the night of the 2018 election as the polls closed. Stefanie Thomas was there in person as they closed. Then she left, leaving all of her lawn signs there.. All of the other candidates, D and R, stayed and picked up their signs. All of her signs were there in the morning for the janitors to pick up. I wish I had a different first impression of her.

Very exciting news! Stephanie is amazing and will do a fantastic job for Norwalk. She has a deep understanding of our needs and issues and will be an effective advocate for everyone in the district.

Gail is against Tolls. It sounds like Stefanie supports tolls, but who can tell with this platform of platitudes?

@Brian Misleading/inaccurate from someone who was at Wolfpit in 2018. While I no longer have skin in this game, Norwalkers might get an “impression” from Ms. Lavielle’s position on affordable housing, designed to protect “physical character” of Wilton and Westport https://www.cthousegop.com/lavielle/2015/02/05/rep-lavielle-proposes-modifications-to-8-30g-affordable-housing-statute/

Susan and I picked up Dem signs at Wolfpit Tuesday evening and circled back Wednesday morning for any we missed.

Too many Democrats in Norwalk, Too many in Connecticut. When will we learn?

Ok, our candidates pick up their own signs where possible. At least they don’t just walk past them when the polls are closed. It was just weird seeing it, while we were picking up signs. Reminded me of the house guest who just sits there while you do dishes after dinner. Not even an offer..